Can we have a Women’s March for everyone? 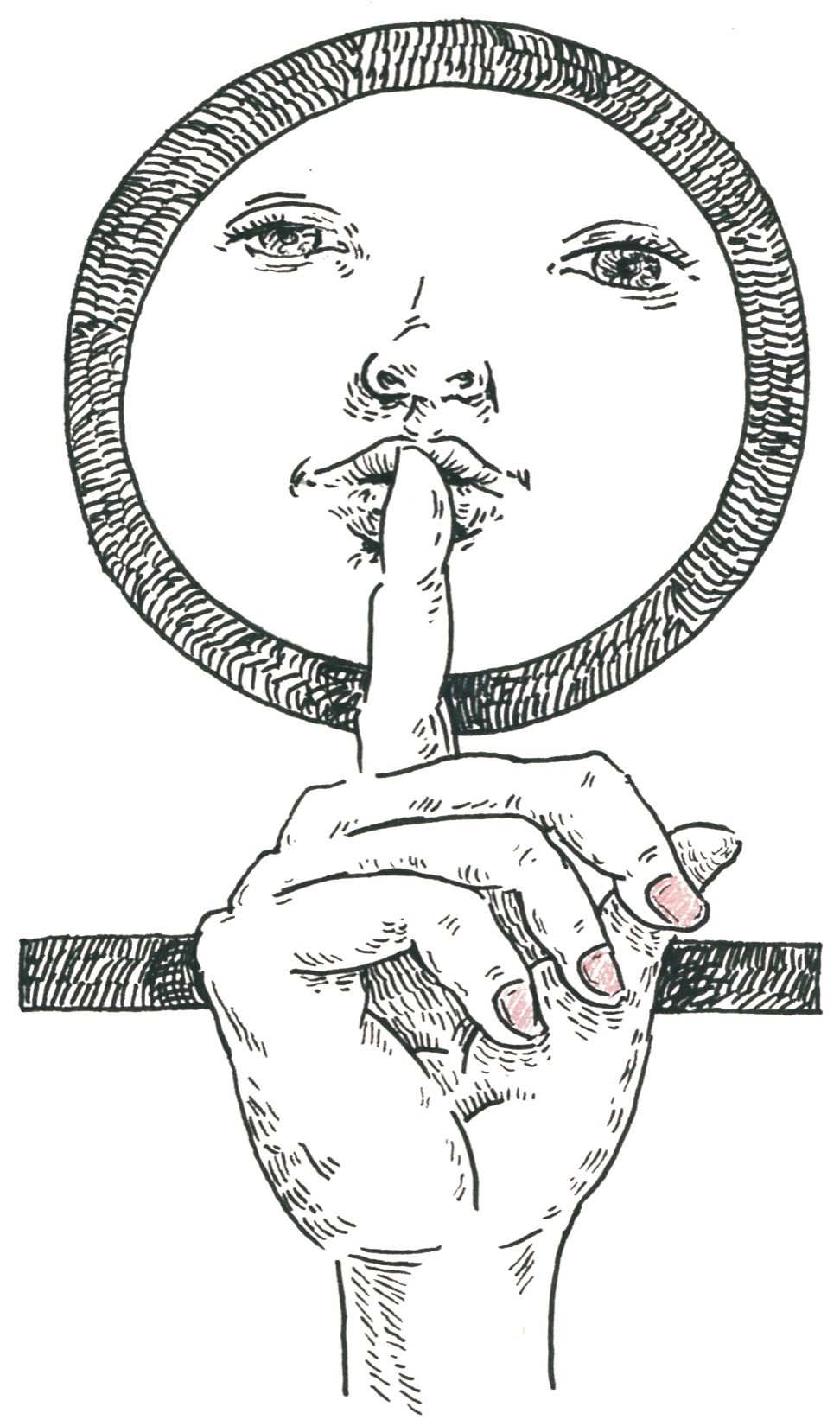 “We stand together, recognizing that defending the most marginalized among us is defending all of us,” reads the Mission Statement for the Women’s March on Washington. The march, held in Washington D.C. and in cities around the United States on January 21, appeared to be about just that—standing together. The language of the march swelled, moving towards a position intended to promote inclusivity. It was intended for those who were scared by the Trump presidency, for those who had been scared their whole lives, for those angry and fed up. For those in desperation. Yet women of color and trans women felt that white women implicitly or explicitly urged them to leave their divisive issues at the door for the sake of consensus.

According to the signage, though, reproductive rights were at the fore. “Pussy Grabs Back,” along with “My Body My Decision”—even “The Elephant in the Womb.” The high prevalence of the color pink reinforced the narrow reproductive rights bent. Even the parking lot signs at RFK Stadium were sponsored by Planned Parenthood, guiding a myriad of buses in the signature Planned Parenthood color. The subject of both scrutiny and celebration, pink Pussy Hats dotted the crowds, to the extent that images of the march from above capture the pink mass, winding through the Mall, stretching down Independence Avenue towards the Washington Memorial.

Images of the march from far off lose sight of the individual signs. One of the goals of the march was to address intersectionality, a term coined by the Black feminist scholar and activist Kimberlé Crenshaw to denote the study of overlapping systems of oppression like race, class, gender, and sexual orientation. But the hats branded the march as an event where individual identities disappeared. Despite this, many of the protestors have a singular reason for being there. Xhep, a 21 year old from Maryland, told the Independent, “I have women in the family, I went to an all girls school. I love women, women are so important. They are the creators and birthers of all people. Therefore we should respect all women, no matter how they are or appear to be. Protect trans women, that’s really what brings me here, trans women’s rights.” They recommended getting involved with Showing Up for Racial Justice (SURJ), an activist network organizing white people for racial justice.

Though the leaders of the march worked toward a message of inclusivity, there were limitations to this effort. For example, they responded to critiques of their all-white leadership by adding three women of color to their organizing team. Yet the sweeping goals of the march attracted crowds—largely white and female—that pushed marginalized identities to, well, the margins. Socio-economic barriers determined who could and could not participate in the march. As inclusive as the march tried to be, there were those who felt underrepresented, or willfully ignored. Disenchantment with the march’s broad-stroke activism and white-feminist undertones kept others, like educator and activist Brittany T. Oliver or LeRhonda S. Manigault-Bryant, an associate professor of Africana Studies at Williams College, away from the march. As Oliver wrote on her blog, explaining her opposition to the march: “Racism may not have been real to people who have had the privilege of not dealing with it, which ultimately means these people have been ignoring what Black people have been saying since our very existence.”

The sea of messages at the march suggested an inclusive whole, as though 1 “Pussy Grabs Back ” + 1 “Don’t forget white women voted for Trump” + 1 “Black Lives Matter” + 1 image of a woman wearing an American flag hijab might make for an intersectional Women’s March. So why did the march feel so one-note? Each sign named a discrete goal. A life-sized puppet inscribed with the words of scholar and activist bell hooks stood next to a sign which read “If you’re not afraid, you’re not paying attention.” Together, the two signs marched only a few rows in front of “No person is illegal.”

Representation at the march, predominantly attended by white women, raises the question of how a ‘majority’ could work to support marginalized voices. Or, perhaps, whether the majority is even committed to dismantling a system of violence built on whiteness. The critique that followed the march touched on an important distinction between what it means to own vaginas as a political claim to power and to essentialize Reproductive Justice as having a vagina. Consider the 1976 Hyde Amendment, passed three years after Roe v. Wade was decided. The amendment, which prohibits the use of public funds for abortions, effectively denies poor women—by-and-large women of color—their right to a legal abortion.

Comparatively, women’s rights activist Loretta Ross defines Reproductive Justice as encompassing “the complete physical, mental, spiritual, political, social, and economic well-being of women and girls.” In response to these amendments and decades of Reproductive Justice work, many forms of birth control are currently offered under the Affordable Care Act for a $0 co-pay. That said, trans women and girls with biologically male sex organs would need to pay $500 to freeze sperm and an additional $50 per month to keep sperm frozen if they would like the option to have biological children later, since hormone replacement therapy causes infertility. A Reproductive Justice framework for women of color and trans women recognizes the historical struggle of the right for the option to conceive children, but also the right to raise those children autonomously and comfortably.

At the start of the march, a corridor of “pro-life feminists” stretched down Independence Avenue. A discrete march within the march, these women marched for the rights of unborn children, an issue they felt was underrepresented that day. Noticeably, many were from Catholic organizations or schools that had bussed their students into D.C. These equally-pink-clad demonstrators signaled the extent of differences between marchers. These women felt comfortable enough to march for pro-life policies in this space, while many women of color and trans women did not feel comfortable showing up at all. That pro-lifers felt they had a place under the march’s umbrella of inclusivity and solidarity—not to mention felt safe enough to attend—points to the failed attempt at intersectionality that the march ultimately represented.

The lack of intentionality and solidarity added another layer of violence to the event. The sexually violent nature of some posters signaled a lack of care about who the march was aimed to protect the most. A poster that read, “Grab Trump by the balls and exorcise without consent,” normalized, even encouraged, sexual assault. A sexually explicit inflatable doll made up to look like Trump with blonde hair and makeup also endorsed sexual assault. Even if their ostensible target was a person accused by multiple people of sexual assault, these signs disregarded the fact that the majority of attendees are people who are disproportionately at risk of sexual violence, and that this was especially true for trans women and women of color.

These signs violated the sense of safety and solidarity intended for a march with such aims, adding another layer of violence and marginalization to what was supposed to be an inclusive event. Compared to the militarized security presence at protests against racialized violence, the police at the march took selfies with demonstrators, sometimes donning their Pussy Hats for the photo-op.

Some attendees still chose to focus on the day’s more positive aspects. Shawna, a marcher who came with her children, told the Independent, “Even though we were in uncomfortable circumstances, nobody got pissy. Everybody was on the same page. So it’s really encouraging to see people from all different walks of life, all different faiths, all different identities outraged but encouraged and ready to make changes.” To her, solidarity looked like how “five hundred thousand people can come together, and everybody’s in a good mood, even though we’ve been standing for like seven hours in the cold with no food, and really no potty situation, very close to each other.”

In her article, “The Radical Uses of Anger: All White Women Aren’t the Enemy, but White Supremacy Always Is,” Kirsten West Savali outlines the violence in silencing anger in order to protect certain people from discomfort. Women of color and trans women did attend. Some sacrificed their own comfort and safety to protest the Trump administration or to support issues close to them. Others worked hard to ensure the march did not stop at goodwill and pushed progressive policies to the forefront of a national movement. Still, others attended, but had their voices drowned by the pink, yonic drone of don’t divide us with your differences.

ROKSANA BORZOUEI B’17 and JULIA TOMPKINS B’18 think Black, Latinx, Muslim and Brown women save the world.