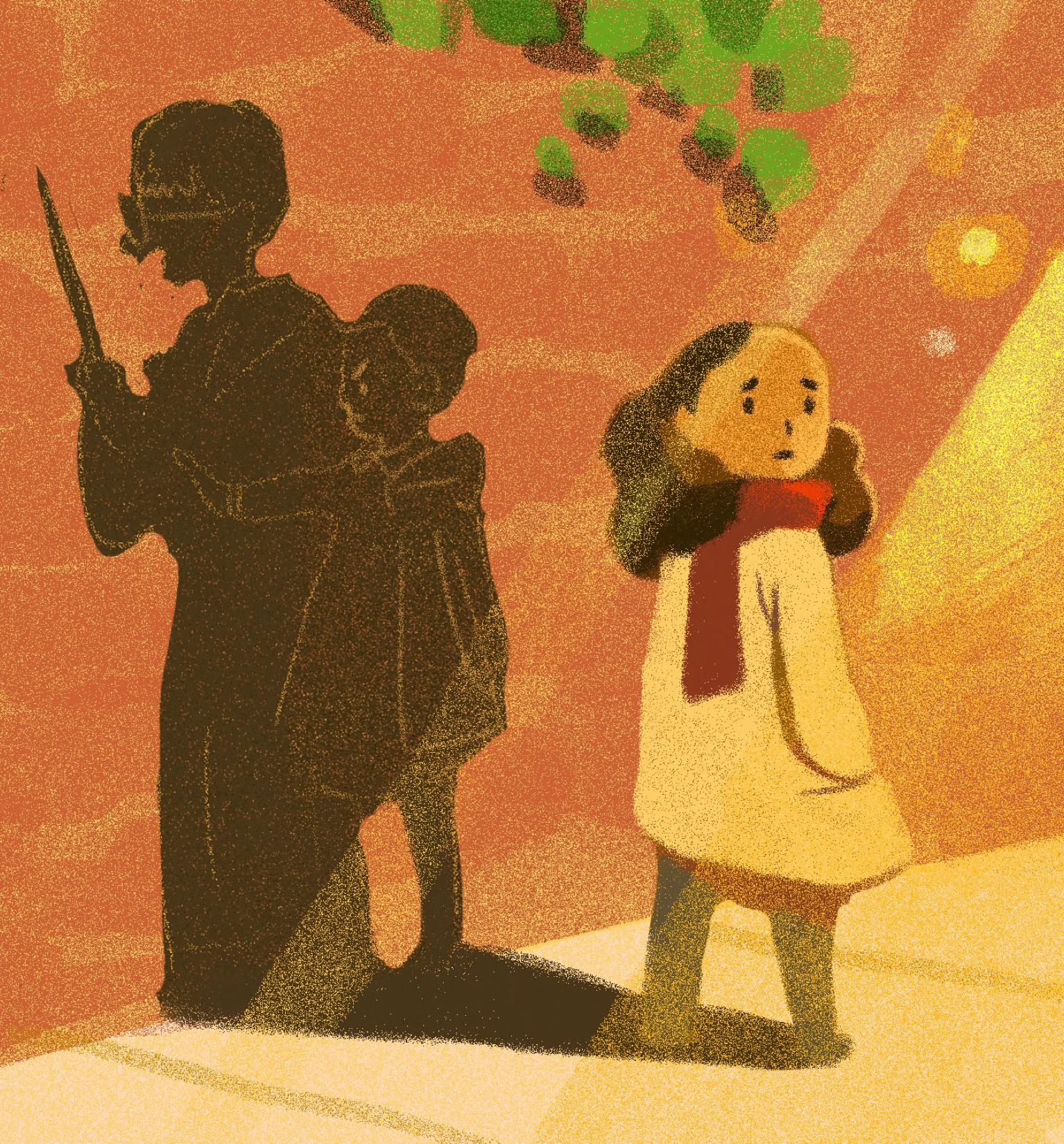 The latest season of Black Mirror opens with the cheeriest episode in the history of the bleak, techno-dystopic series. San Junipero takes the idea of a nostalgia-industrial-complex and runs with it. The episode is set in a world where “nostalgia immersive therapy” allows elderly, terminally ill folks to plug their minds into a cloud and relive the decade of their choice in a fictional SoCal town of endless youth, sunshine, and debauchery. When they die, their consciousness is uploaded to the cloud, and they live a happy afterlife of eternal present in a gilded, candyfloss past.

That nostalgia could be a reprieve from death would have seemed ludicrous to the man who came up with the term in 1668 to describe a deathly affliction that plagued Swiss mercenaries in Europe in the 17th centuries. Swiss physician Johannes Hofer initially considered the words “pothopatridalgia,” “nostomania,” and “philopatridomania;” but finally settled on “nostalgia”—a compound of the Greek words nostos, for homecoming, and algos, for ache or pain, to describe the fatal effects of longing for home. Symptoms of  this “neurological disorder of essentially demonic cause” apparently included obsessive thinking about home, bouts of weeping, anxiety, palpitations, fever, anorexia, and insomnia, among others. Recommended cures ranged from letter-writing activities and opium to leeches and stomach-purging.

Throughout the 18th and 19th centuries, nostalgia was considered a contagious “military disease” and diagnosed in troops fighting the Thirty Years War, the Napoleonic Wars, and even the American Civil War: According to “The Medical and Surgical History of the War of the Rebellion” compiled by the General Surgeon of the U.S. Army in 1870, 5000 soldiers were reported to have been suffering from nostalgia during the Civil War, and 74 allegedly died from it. These reports apparently started a spate of feigned nostalgia among soldiers all over Europe. Distinguishing the pretenders from actual sufferers became a subject of great interest in military campaigns. An enterprising Russian general in Germany in 1773 came up with an effective solution: He warned his troops that the first man to succumb to nostalgia would be buried alive. The number of reported nostalgia cases immediately plummeted.

In the 19th century, as immigrants began to flood into the United States and reminisced about the lives and families they had left behind in Europe, American doctors thought of nostalgia as an “immigrant psychosis.”

I experienced an immigrant psychosis of my own earlier this year while reading, of all things, Harry Potter and the Cursed Child. I spent almost my entire my childhood with my nose in a book; my memories of home are, largely, memories of reading. When I moved halfway around the world to go to college four years ago, I realized that my literary upbringing was an invaluable survival skill. Books are an immigrant’s best friend: Lay your roots not within walls but within hardbound covers, and you can carry your home in your backpack, safe from the psychoses that plagued the 19th-century immigrants to America.

Or so I thought. As I started to read the book, I found myself overwhelmed with a deep, aching melancholy. I found myself mentally straining against the spaces between the words, grasping for something beyond the pages of the book, beyond the materiality of the subleased Washington Heights apartment in which I was staying for the summer. Platform Nine-and-Three-Quarters, I realized, wasn’t embedded in some hermetic literary universe impervious to the specificities of the world around me. What made it so magical wasn’t just the cacophony of wizards, witches and spells, the smoke of the steam engine, the swoosh of owls and robes.

It was also, quite essentially, the blazing sunlight that sliced in through the windows of my home in India as I spent entire afternoons reading the Harry Potter books as a child, the heat that churned the summer air into a sedative, the hum of the gigantic desert cooler rumbling through our flat’s marble floors as it blew water-flecked air on to me, the scent of red chillies wafting perpetually from the kitchen. As I read through the book, I yearned for a Hogwarts that tasted like home. I powered through to the end as fast as I could, unable to stop but unable to dwell in the memories it so elusively—and painfully—evoked. And then, without opium or leeches at hand, I settled for wine and fell asleep weeping.

Yearning for home, however, was just part of it. Distance is recuperable; time is not. As I read in my New York apartment, I knew that I could return to my home next summer and read the book in its sunlit, chilly-soaked heat, but time would no longer stretch on either side of me like a ceaseless present tense. I would no longer collect words off the page like shiny pebbles, thrilled at how foreign the English language felt to my Hindi-accustomed tongue. I would no longer be able to visualise a thestral with the powerful clarity of a child who hadn’t yet become enchanted by the screen. It was the realization of having traveled, irreversibly, to not just this new place but also this new point in time, that overwhelmed me with nostalgic longing.

In his “Anthropology from a Pragmatic Point of View” (1798), Kant noted that when the homesick revisit the places of their youth, “They are greatly disappointed in their expectations and so cured. Though they think this is because everything has changed there, it is really because they cannot relive their youth there.” His evocation of nostalgia as a longing for one’s past instead of one’s home anticipated the reformulation of nostalgia as a temporal rather than spatial concept in the late nineteenth century. After decades of failed cures and futile attempts to locate a pathological “nostalgia bone” in the body, definitions of nostalgia finally disappeared from professional literature and shifted from the medical to the cultural realm. No longer a pathology, nostalgia came to be regarded as an emotion in the twentieth century. “So easily and naturally does the word come to our tongues nowadays,” wrote sociologist Fred Davis in 1979, “that it is much more likely to be classed with such familiar emotions as love, jealousy, and fear, than with ‘conditions’ as melancholia, obsessive compulsion, or claustrophobia.”

If nostalgia became associated with a specific time rather than place in the 20th century, it has become severed from all specificity in the 21st, existing simply as a sentiment attachable to any representation of pastness. Arjun Appadurai famously described this phenomenon as ersatz nostalgia: “the viewer need only bring the faculty of nostalgia to an image that will supply the memory of a loss he or she has never suffered.” The analog fetish, the popularity of period dramas among audiences that never lived through the eras in question (Mad Men’s target demographic in 2015 was 25- to 54-year-olds), pop culture’s tendency to reproduce and reboot the past until it loses all historicity (in 2011, Nickelodeon starting rebroadcasting “classics” of the ’90s to spectacular ratings)—all demonstrate the millennial tendency to nostalgize in the abstract. The ease of digital archiving makes this proliferation of nostalgia so frantic that there now exists as oxymoronic a term as “anticipatory nostalgia”: the desire to memorialize the present (often at the press of a button) before it is lost to the future.

It might be easy to dismiss all this as soulless simulacra, but nostalgia remains surprisingly powerful even as a depersonalized, commodified sentiment. Take, for instance, the appeal of a show like Stranger Things to a non-American young adult like me. I neither lived in the America of the 1980s, presumably populated by mom jeans and mixtapes and Spielberg movies, nor grew up with cultural memories of these artifacts. And yet, I watched the show with a bittersweet nostalgia inspired not by a particular historical reference, but by the show’s romanticised construction of historicity: the ways in which it distilled the diverse experiences of an entire generation into a Rubik’s cube and an E.T. homage, and embalmed them with saturated colors and a John Williams-esque score. It was, in a sense, the inverse of the immigrant psychosis. If the fantasy world of Harry Potter made me ache for the materiality of a specific place and past, the specificity of Stranger Things made me ache for the abstract fantasy of pastness: the conceit that our complex and fractured experiences of the present eventually congeal into a monolithic and mythical past—a past that can be reified, through the workings of ersatz nostalgia, within an object, a sound, a TV show, or even a clickbait GIF-set.

DEVIKA GIRISH B’17 takes the bait.