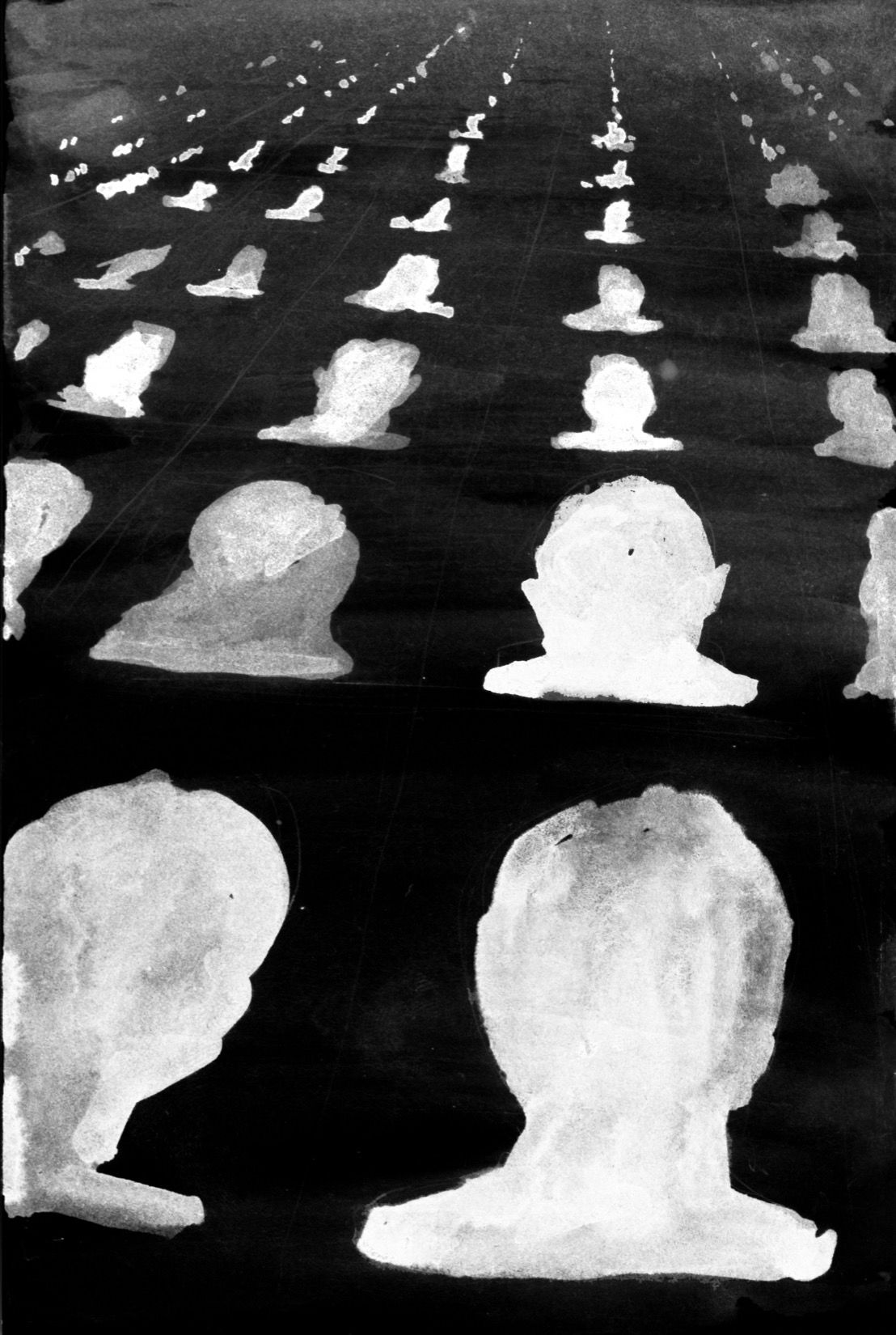 In her essay “No Place for Self-Pity, No Room for Fear,” Toni Morrison recalls in the Nation a moment after President George W. Bush’s 2004 reelection, feeling helpless and depressed. She recounts telling a friend, an artist, over the phone: “It’s as though I am paralyzed, unable to write anything more in the novel I’ve begun. I’ve never felt this way before, but the election.…”

Morrison’s feelings were echoed this past week in a viral blog post by the literary quarterly the Paris Review. “On a morning like this, when America has chosen a bigot and a xenophobe as its next president, my job feels pointless,” wrote web editor Dan Piepenbring.

The Trump political order has already produced abject levels of racism, Islamophobia, xenophobia, transphobia, sexism, numerous and intersecting oppressions too many to count. That these biases, suffused in the media and everyday interactions—and intensified in the face of blatant hatred—would inhibit artists from carrying out their work is only natural.

But, “this is precisely the time when artists go to work,” Morrison argues. “There is no time for despair, no place for self-pity, no need for silence, no room for fear. We speak, we write, we do language. That is how civilizations heal.”

Morrison’s prescient essay was published in 2015, but in the wake of the election that propelled Donald Trump and his accomplices to a terrifying axis of power, its instruction feels more prophetic, more relevant, more urgent than ever.

What does art imagine in the time of violence? The United States has of course always been violent; those holding marginalized identities have emphasized this fact since the country’s inception. The political calamity we witnessed last Tuesday merely made visible structural and interpersonal violences to many who would usually miss it, or willfully ignore it. When large portions of America woke up last Wednesday, they discovered what others have known all along: we are on the precipice of a steep cliff—some of us more vulnerable to harm than most.

What will artists tell us this time? What have they told us before?

Untitled (Portrait of Ross in L.A.) is a pile of candy. In a gallery, the installation—around 175 pounds of individually wrapped, multicolored sweets—spills into a corner of a room in which it’s displayed. Before he died of AIDS-related illnesses in 1996, conceptual artist Felix Gonzalez-Torres was making lots of untitled portraits. They were of his father, of his friends, conceptual works that used candy, lightbulbs, and plastics as stand-ins for his subjects. Untitled (Portrait of Ross in L.A.) is of Gonzalez-Torres’ late lover, Ross Laycock, who also died of AIDS-related illnesses five years before his partner.

Writer and critic Richard Rodriguez once called AIDS a “plague of absence”: an absence of the white blood cells that could protect one from other diseases; an absence of his friends, neighbors, lovers, who slowly disappeared from public life, one by one.

In 1987, six artists famously launched Silence=Death, a campaign that printed its eponymous equation in white Gill Sans capital letters underneath a pink triangle onto posters, billboards and gigantic neon signs throughout Manhattan. Cited in art blog Nomos of Images, the New Museum’s then-curator Bill Olander (who also succumbed to AIDS) stated that Silence=Death “was among the most significant works of art that had yet been inspired and produced within the arms of the crisis.” The campaign was a civic gesture to make private lives public, to make the invisible visible. To tell President Reagan that to be silent, as he was for over four years in office before publicly uttering the word “AIDS,” is to be a complicit accessory in the deaths of thousands.

Gonzalez-Torres’ work is also preoccupied with public complicity. When displayed, Untitled (Portrait of Ross in L.A.), invites viewers to take pieces of candy from the 175 pound pile, corresponding to Ross’s ideal body weight, until it shrinks and disappears.

In a video of the installation in the Met Breuer from this past year, some gallery-goers take candy from the portrait, but others hesitate nervously; they are unsure whether or not they should follow Gonzalez-Torres’ instructions.

The truth is that it doesn’t matter. To take its gift and unburden the pile, to teeter on the edge of participating, to notice its company, read its demands and ignore it completely, to acknowledge the installation in any capacity is to be complicit in the decay of its body.

On a wall, Alfredo Jaar has created 500 silhouettes of human faces that reflect in adjacent mirrors as to appear infinite. In a room, the viewer stands in total darkness for one minute. In the span of 90 seconds, the silhouettes are fully illuminated, and then darkened again for 30. The visual effect imprints innumerable dots of light onto the viewer’s periphery once they leave the room of darkness, into daylight.

This is Geometria de la Conciencia (“Geometry of the Conscience”), a memorial to victims of the 17-year Chilean dictatorship of Augusto Pinochet, housed inside the Museum of Memory and Human Rights in Santiago, Chile. Jaar, a visual artist, architect and filmmaker, was born in Santiago 17 years before Pinochet overthrew Salvador Allende’s democratically elected socialist government in 1973. According to Chile’s National Commission for Truth and Reconciliation Report, conducted in 1991, Pinochet’s regime was responsible for torturing 28,000, exiling over 200,000, and disappearing 3,095 citizens.

The number of disappeared peoples could be more; Pinochet’s killing program, which began a week after his bloody coup, is said to have erased hundreds more people than the official commission could accurately cite.

How Chile and its citizens have inscribed the memory of Pinochet’s regime continues to pose new, problematic questions. At the time of his death in 2006, Pinochet faced 300 criminal charges—including countless human rights violations and the embezzlement of nearly $28 million USD—and served only house arrest. Right-wing political voices continue to emphasize a rhetoric of reconciliation. “The past has already been written,” former President Sebastian Piñera stated at the Chilean government’s 40th anniversary memorial of the 1973 coup. “We can recall it, we can study it, we can debate it, but we cannot change it. Because of that, we should not remain prisoners or hostages of that past.” At another memorial ceremony, held at the Villa Grimaldi detention center, Socialist Party politician, and current President, Michelle Bachelet stated that reconciliation is impossible without justice. “A dirty wound cannot heal,” she told mourners.

What appears as an infinite number of illuminated faces in Geometria de la Conciencia alludes to the countless disappeared under Pinochet; those who might never be found, never counted. But the anonymous silhouettes also gesture towards the 17 million Chileans who are still untangling the memory of the disappeared. The relationship between these bodies, the disappeared and the living Chilean public, is violent. Like Jaar’s memorial, it must be illuminated before it can stabilize.

An utterance commonly heard after last Tuesday’s election: we survived Reagan, we survived Bush. As many have aptly responded, a lot of people didn’t. An estimated 362,000 people died of AIDS-related illnesses between 1981 and 1996 in the United States. Pinochet, whose coup was assisted by the CIA, disappeared thousands. The aforementioned installations were selected arbitrarily; they by no means stand in for the endless number of violent interventions conducted and assisted by the United States.

Only this: an art that grapples with the chaos our country now faces, that could reify it and let our “civilization heal,” might account for those who’ve been made missing. In the United States, the disappeared are the 2.5 million deported by Obama, the roughly three million who face deportation should Trump’s rhetoric be actualized. The disappeared are the more than two million people currently incarcerated in United States prisons, they are the thousands of innocents killed in the Middle East under the guise of ‘intervention.’ They are the marginalized. They are more than this article can name.

“Like failure,” writes Morrison, “chaos contains information that can lead to knowledge—even wisdom.” Such is art’s role, she argues. Now more than ever.