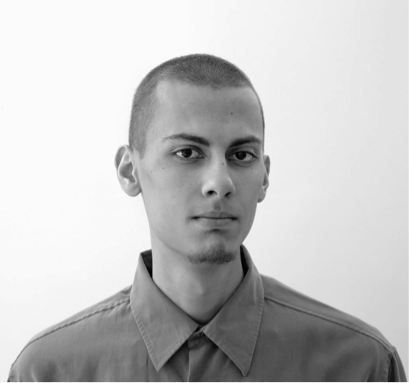 The Indy's very own senior editor Malcolm Burnley has been the subject of media attention after discovering a decades-old recording of a speech Malcolm X gave at Brown back in ’61. We gchatted him to find out about how he came across the tape, what it’s like to be on NPR, and his future plans for the research that led to the discovery. You can hear excerpts from Malcolm X's speech and more about Burnley’s project at his presentation on February 9 (tomorrow!) at 5:30 at the John Hay Library (click here for more information about the event).

me: first things first: I'm sort of confused about what exactly happened--the ATC interview maybe makes it seem like Katherine Pierce only found the recording after you contacted her about the speech, but then I also read that she had sent the tape to the Hay a year ago. Can you just clarify how you actually came across it?

Malcolm: yes. So, basically I found out about the tape through Katherine, after speaking with her. But the tape was already at the Hay, shelved for two years

It hadn't been inventoried or cataloged

It was a reel-to-reel tape, then I got it digitized and listened to it in mid-December

me: oh ok, did the people just happen to overlook it?

*people at the Hay

Malcolm: No, I think the Hay is just SO cool that they have SO many cool things to handle. It merely got lost in the shuffle. There are thousands of overlooked things + stories waiting to be discovered

But unless a student or researcher requests an item, they just collect dust

me: ok yeah that makes sense

do you think there is any particular reason why the speech has been pretty much left out of Brown's history?

Malcolm: my guess is two things...

1) In 1961, the University didn't want Malcolm X to come. It took Richard Holbrooke (Editor-in-Chief of the BDH) to lay down an ultimatum, just to have him speak. Malcolm X's speech was entirely student-organized, so the university didn't have much reason to record it. Especially after not really wanting him here because he was so radical

2) He arrived on May 11, 1961, just weeks before convocation. So it was somewhat convenient timing for his speech to go unrecorded. Cap and gowns took precedent over Malcolm X's ascot

me: what has the university's reaction to this discovery been like?

Malcolm: A little overwhelming. I was naive jumping into all this publicity, and kind of regret doing all of it at once. For example, I didn't think I would be featured on the homepage of the website (I think it sounds pretty canned). But I'm happy if it brings The Hay into good light

are you continuing the research? and is it leading to any larger projects?

Malcolm: Yes, so my original project has sort of been lost in the pub about my "discovery." This was all a long-form writing assignment, which I've written about 50 pages of. Its a historical narrative about Providence and Brown in 1961 with 3 main characters: Katharine Pierce, Richard Holbrooke, and Malcolm X. I've done a ton of research + interviewing to construct the narrative. I'm hoping that eventually, I'll get it published (or pieces) in magazine(s)...perhaps the Indy?

Malcolm: haha, yeah. It's funny because I spent so much time on all of it before any of this publicity came about. And I feel like most of the attention isn't even focused on my original intention

me: yeah how did the publicity start though? how exactly did you end up on public radio?

Malcolm: no, I'm giving a talk on this whole story tomorrow and again on 2/27 at the Hay library. so the Hay sent out a press release, and the university picked it up and circulated that. From there, I'm not exactly sure, but one thing began leading to another. first, the Projo contacted me, then the AP, then NPR, and up, up, and away

me: oh ok that makes sense

what was that actual interview experience on public radio like? did guy raz interview you?

Malcolm: yeah. guy raz is incredible! I was at the Providence studio, but spoke to him in DC. It felt so natural, and we really hit it off in conversation. he genuinely took an interest in my story+work, and decided to turn it into a 10-minute piece (the largest ATC allows)

Malcolm: I can't say enough about how cool Guy Raz is

i feel like radio interviews are sort of more stressful than other kinds, but it probably helps if you have a good connection with whoever you're working with

Malcolm: absolutely, it gave me so much confidence with everything else. actually, I found it easier to do radio because I could tell the story in my own words. I had more hesitancy + anxiety about print reporters, because you never know what they are going to say

ok we're running out of time!

do you think this will influence your future as a writer/journalist?

Malcolm: I never could have imagined, but yes! I've been approached by a few big magazines in the past week, suggesting I "strongly considered applying" for a position there. I don't want to jinx it, but that's got to be a good sign.

ok ill let you get to class, is there anything else you want to add?

Malcolm: Nothing really.
me:  thanks so much!
Malcolm: pleasure to do it