Who Sets the Table? 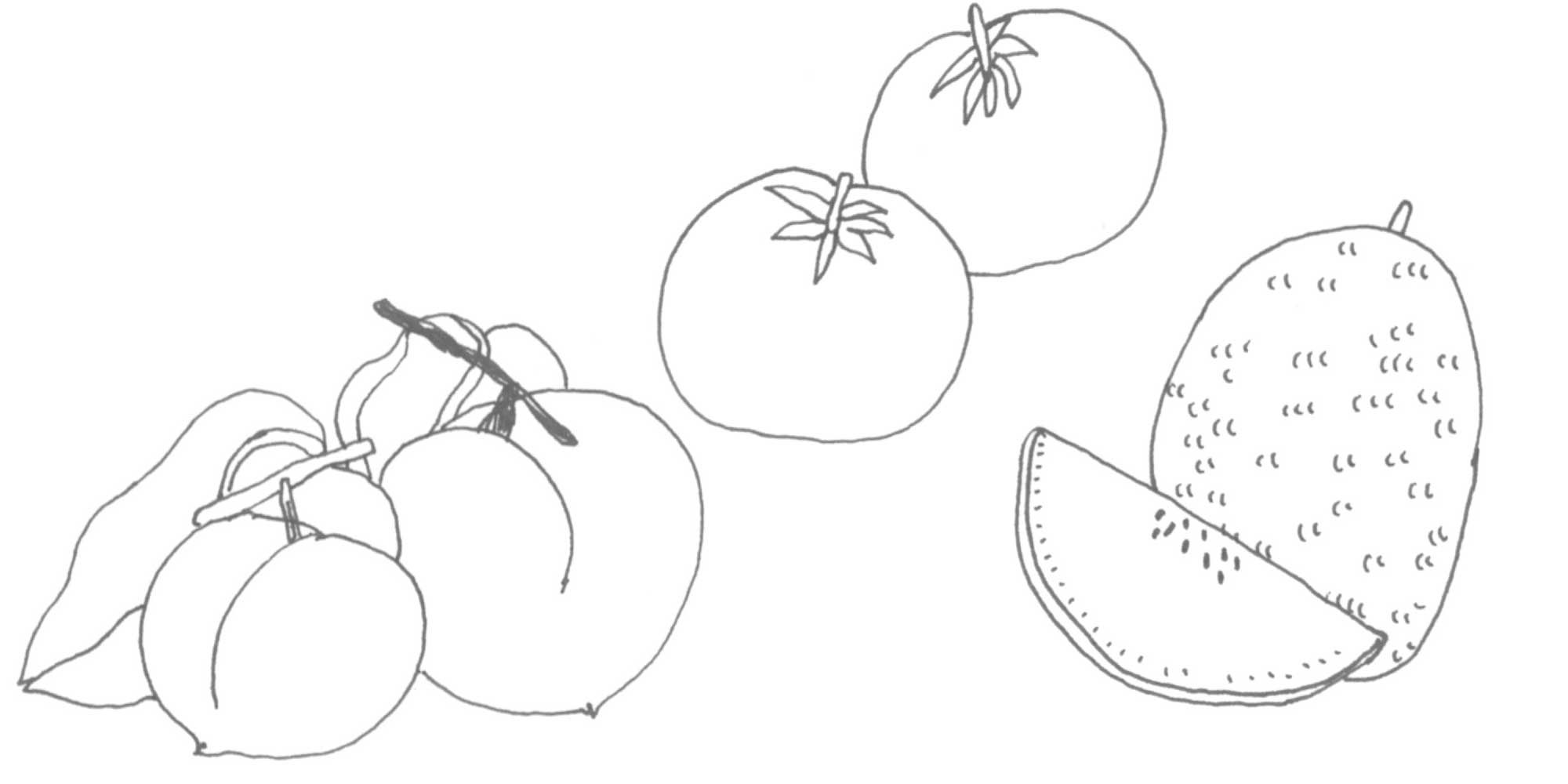 A few hundred feet from Brown University’s boathouse in India Point Park is the future site of EatDrinkRI’s Central Market, a market and mixed-event space in a former nightclub. Central Market’s founder, Peter Dadakian, chose India Point as the site of the market for its “sweeping views” of the bay and its proximity to I-95. A number of small businesses have already signed on to take part in the market (an August preview included not one, but two artisanal popcorn companies), which organizers hope will serve as the nucleus for Rhode Island’s rapidly expanding local food economy, an industry that has come to define the ways in which the state brands itself to tourists. In 2012, Travel + Leisure named Providence the second best city for foodies in America, due in part to the city’s established local food movement and the restaurants that have sprung up around it. While organizations such as EastDrinkRI have expanded Providence's array of “boutique” food businesses, the city's broader food infrastructure remains weak.

This past summer, Sankofa, an initiative by the West Elmwood Housing Development Corporation, released a comprehensive Community Food Security Assessment of Providence’s West End Neighborhood. Funded by the Rhode Island Department of Health, the assessment strove to “provide an overview of the food access needs, challenges, and opportunities that currently exist in the West End—Providence’s largest, most population-dense and most ethnically diverse neighborhood.” 38.3% of residents in the West End were born outside of the United States, “making the West End ‘home’ to over 7,800 immigrants/refugees,” according to the assessment. Food insecurity in Rhode Island is the highest in New England, and a particularly great problem in the West End—as evidenced by its "much lower median household income and the fact that 33% of West End residents participate in SNAP (Supplemental Nutrition Assistance Program) compared to 23% in Providence and 13.4% in RI.” 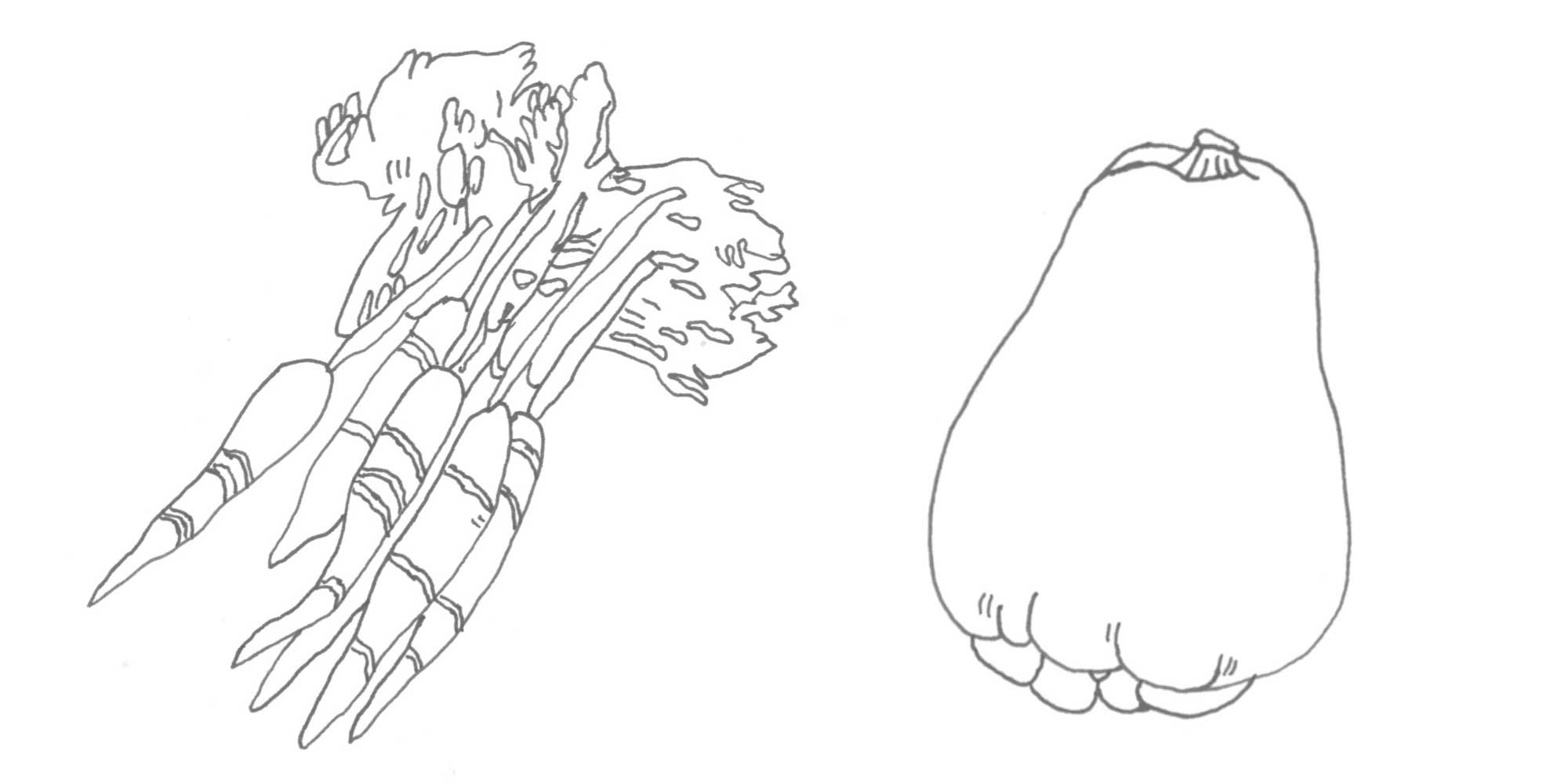 The report finds historically underserved communities tend to have limited access to affordable and healthy foods. According to the USDA’s Food Atlas, 32.9% of residents in the West End live in areas designated as having “low-access” to food. The central criteria for this classification is the distance between residences and supermarkets, taking into account vehicle accessibility in low-income neighborhoods. In these areas, “far” is designated as more than one mile from a supermarket in urban areas. The assessment also notes the direct correlation between higher levels of food insecurity and higher levels of obesity and diabetes. There are several structural factors contributing to high levels of food insecurity and disease in the West End, including economic inequality, discrimination in the health care system, and cycles of gentrification. Sankofa’s assessment quotes a West End resident, noting: “At home everyone is skinny. Here not so much. When Africans come here there are no issues with cholesterol and other things that are prevalent in the US. How can we eat healthy when we come here?”

The modern local food movement had small and dispersed beginnings: a counterculture movement in the ‘60s and ‘70s encouraged a move ‘back-to-the-land’; a group of women terming themselves ‘locavores’ and pledging to eat only food produced within 100 miles of San Francisco for a month; scattered mentions of 'local production' appeared in legislation. Under the guidance of food journalists like Michael Pollan, the ‘movement’ grew into a cultural phenomenon. With the promise of strengthening the economy, the environment, and public health, local eating is now used as a rationale for writing agricultural laws and forming organizations to connect farmers with consumers. Local food’s practical benefits appeal to lawmakers, and for consumers, local food initiatives provide them with an opportunity to express their values while also reconnecting to an idealized agrarian past. As the movement progresses, “farmer chic” becomes vogue, and those who can afford local produce, often pricey due to delicate methods of production and an eager market, can take a piece of credit for creating a more sustainable food system. 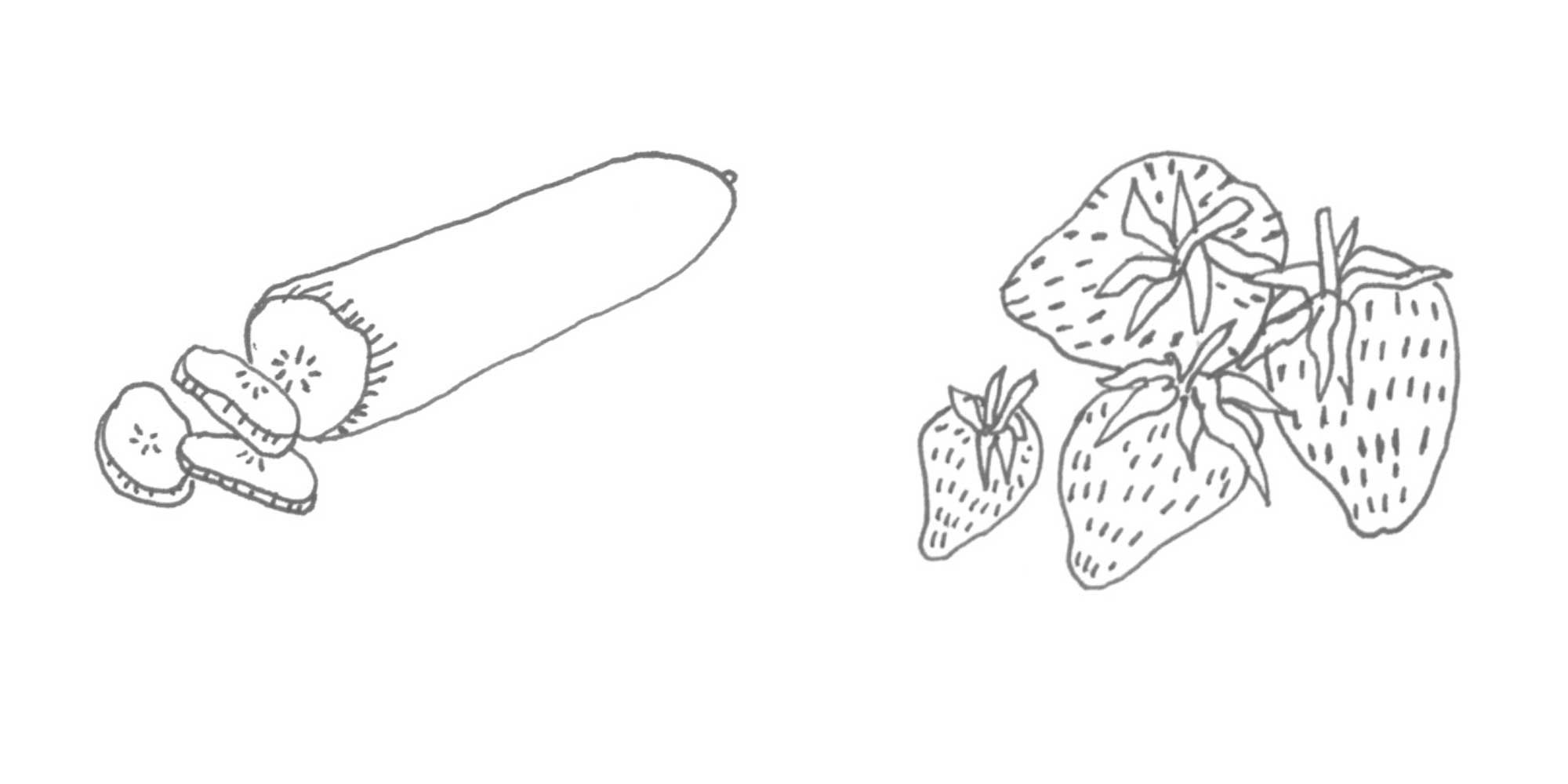 Food justice arose in tandem with the local food movement, gaining momentum through the ‘70s and ‘80s before staking its place in public dialogue in the 1990s. Though they grew in prominence side by side, the two movements diverge in their degree of connection to non-environmental justice movements. Food justice, like local food initiatives, aims to create systems that benefit farmers, consumers, and the earth. But, food justice goes further by focusing on empowering marginalized communities to shape these systems to suit their needs. Food justice takes culturally appropriate, ethically sourced food to be a right rather than a privilege. Sociologist Julie Guthman outlines the issues that local food tries to address in her paper “‘If They Only Knew’: Color Blindness and Universalism in California Alternative Food Institutions.” In her interviews with California farmers’ market managers and volunteers, one manager remarked that “higher income communities are ‘entertained’ by outdoor markets.” For privileged white people, the farmers’ market is an opportunity to participate in and connect to a collective romanticization of agriculture. As Guthman notes, this romanticization is hardly universal: “Reconstruction failed in the South, Native American lands were appropriated, Chinese and Japanese were precluded from land ownership, and the Spanish-speaking Californios were disenfranchised of their ranches.” What kind of cultural associations do farmers’ markets then hold for these groups? Guthman notes that market managers not only ignore these considerations, as well as those related to socioeconomic disparities, they were dismissive when presented with them. Market managers’ responses ranged from explicit stereotyping (“Hispanics aren’t into fresh, local, and organic products.”) to colorblindness (“Difference is wrong; it is better to try to become color blind in how we do things...We are set up for our community.”). The message sent by these attitudes is loud and clear: if you don’t know already, if the value of our mission is not clearly apparent to you, we are not for you. 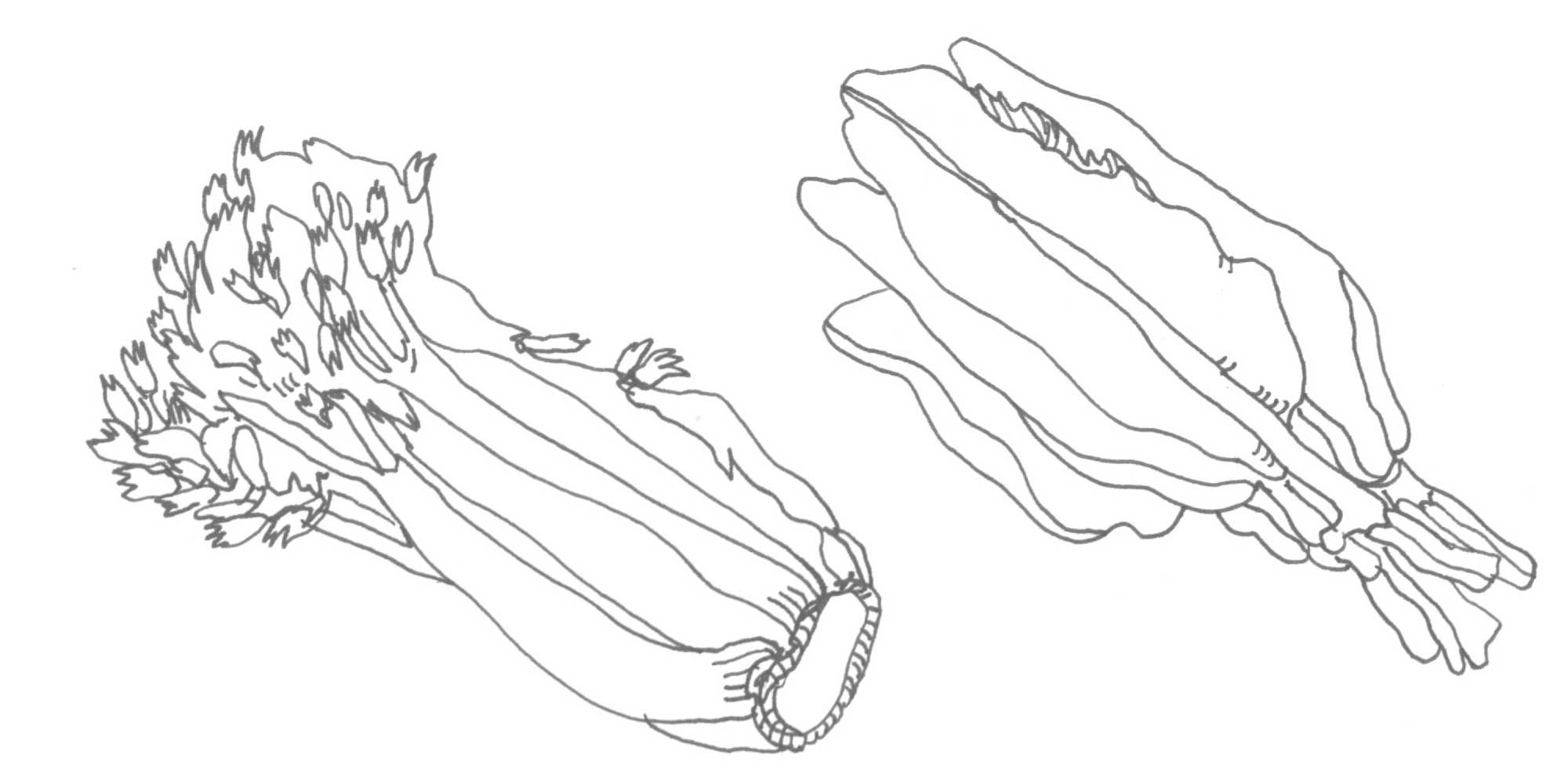 In Providence, many people can't afford to shop at boutique businesses—like Narragansett Creamery or North Bakery—that sell products at the Hope Street Farmer’s Market. Sankofa’s West End Food Assessment found that 56.6% of participants never or rarely bought produce at farmers' markets, predominantly because these markets are too expensive and too far away, and because participants do not know when and where they occur. In failing to address issues such as structural inequality and food access, these alternative food spaces are constructed as white spaces, ultimately precluding the enactment of any radical project of food justice.

Citing a 2009 study conducted by the RI Department of Health and the African Alliance of Rhode Island, the West End Community Food Assessment emphasized that increasing access to culturally appropriate foods as an essential step in combating food insecurity in diverse and marginalized neighborhoods. According to the assessment, “82% of participants [in the 2009 study] felt that foods related to their culture were important to them.” In large part, the local food movement in the United States has disregarded the needs of these communities, emphasizing the importance of decreasing “food miles” (defined as “the distance food travels from where it is grown to where it is ultimately purchased or consumed” by the Global Development Research Center) over access to culturally appropriate foods. Farm-to-table restaurants often equate “ethical eating” with “local eating,” forgetting that the corporatization of food has not only increased food miles, but has also destroyed culturally specific food traditions. Though produce such as yucca or chayote is not local to the Northeast, Providence communities that have emigrated from Central America should be able to access these traditional foods through this emerging “ethical food” culture. While promoting locally grown foods is an effective way of disrupting larger structures of inequality, local food organizations—especially cooperative markets and farmers’ markets—must also incorporate food justice into their mission, striving to increase access not only to locally sourced foods, but also to diverse foods that reflect the communities these organizations serve. 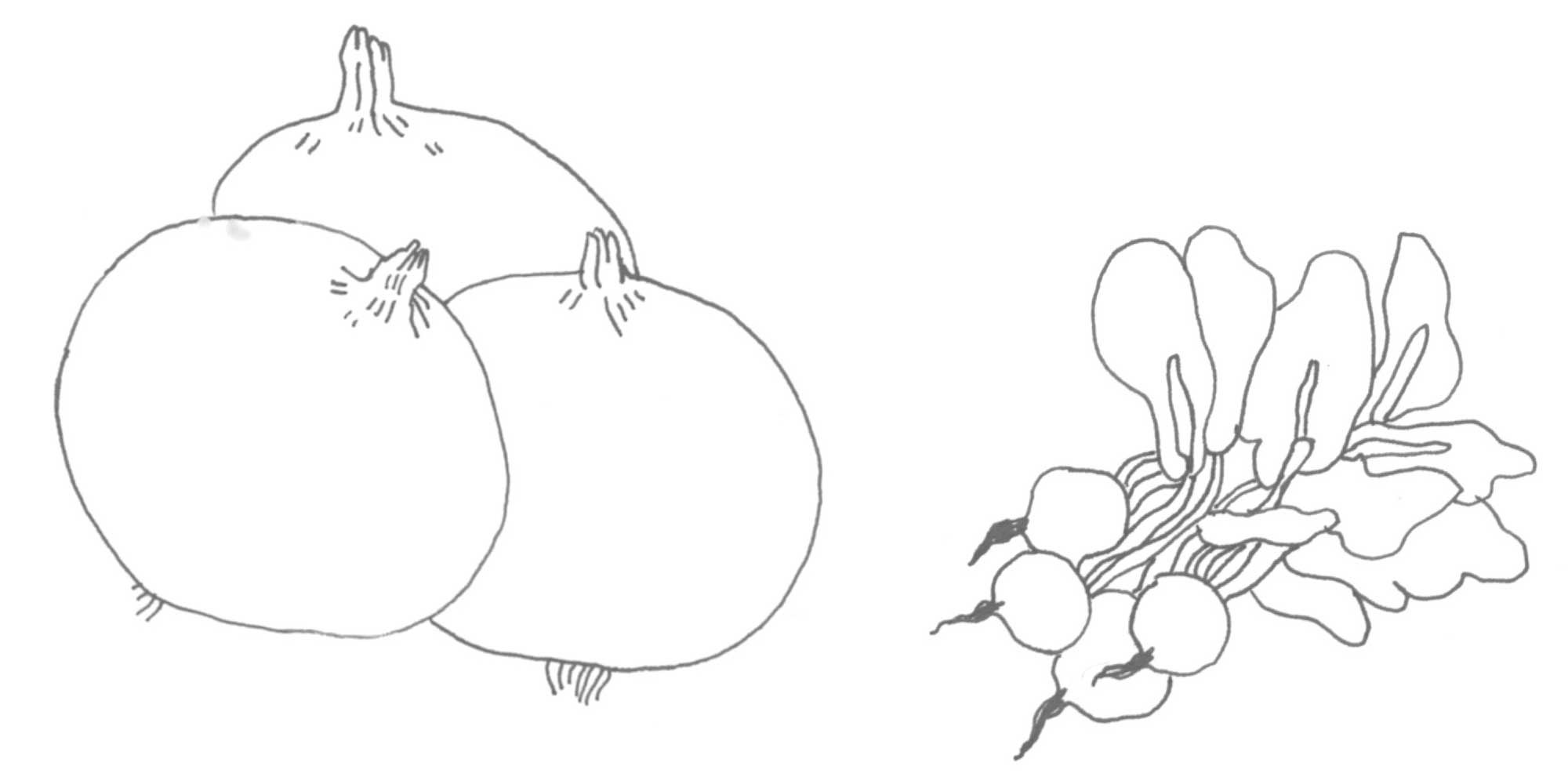 In addition to compiling the Community Food Security Assessment, the Sankofa Initiative builds community gardens in the West End and organizes summer farmer’s markets in which local immigrant farmers can sell their produce at affordable prices to the community. In an interview one of the authors conducted this summer, Blia Muoa, a Laotian-American farmer, emphasized the importance of growing a variety of traditional Laotian vegetables, such as Asian cucumbers, bitter melons, and yardlong beans. Muoa noted, referring to Laotian communities in New England, “They were born in a different world, and then they come over here...There’s different food from another part of the world. Then you come here. You crave it. You go to Stop & Shop or Shaw’s and it’s different. It looks [similar] but it’s not the one you used to eat.” Muoa takes pride in his ability to make these vegetables available both to local Laotian communities and to individuals unfamiliar with traditional Laotian foods. As a Laotian customer told him this past summer, “Thanks for bringing me my original food, my homeland’s corn.”

The Sankofa Initiative is one of several organizations working to promote food justice in Providence. The African Alliance of Rhode Island, for example, has opened a community garden that aims to “promote healthy eating, environmental awareness, education about African foods and provide work to many low income persons on the South Side of Providence.” The Southside Community Land trust (SCLT) manages numerous plots of land throughout Rhode Island, including several community gardens in Providence and Urban Edge Farm, a 50-acre farm in Cranston that is collaboratively managed by several different farmers, including John Kenny of Big Train Farm and Chang Xiong of Pak Express Farm. SCLT also offers classes for both children and adults who are interested in learning how food is grown and harvested. Additionally, Urban Greens Co-Op is working to open a consumer-owned and -governed cooperative grocery store in the West End. Unlike Central Market, Urban Greens will be a full-scale grocery store, prioritizing affordable and culturally inclusive foods as well as local, boutique items. Finally, in South County, the Narragansett Food Sovereignty Initiative was created in 2014 by the Narragansett tribe in order to “further tribal goals of sovereignty, self-determination, self-sufficiency, sustainability, and food security.” This is in no way a comprehensive list of organizations fighting for food justice in Providence, but rather a brief illustration of the widespread community-based activism taking place in the city.

Last May, Governor Raimondo announced the hiring of Sue AnderBois, a policy analyst with the New England Clean Energy Council, as Rhode Island’s first director of food strategy. In this position, AnderBois will work to draft a comprehensive food policy, incorporating input from all food sectors in the state—from fishermen and farmers to community leaders and restaurant owners. According to Lauren Maunus B'19, who is an intern for AnderBois, “The plan will incorporate the voices of community members who are leading initiatives on the ground, and will serve as a vehicle to stimulate conversation and cooperation between key stakeholders.” This is a demanding task, considering the array of community, state, federal, and corporate actors involved in Rhode Island’s food production, distribution, regulation, and consumption. Hopefully, this plan will support local food producers in Rhode Island while simultaneously addressing the institutional roots of food insecurity and advocating for a more inclusive and accessible food infrastructure in the state. Maunus notes, “While the creation of the food plan is the underlying driver for this project, the objective is to use the plan as a springboard for implementing good policy, raising funds to support new innovations and initiatives, and heightening public awareness of the issues of food security.”

JOSHUA KURTZ’17 and SYLVIA BROWN’17 met in a vegetarian co-op.