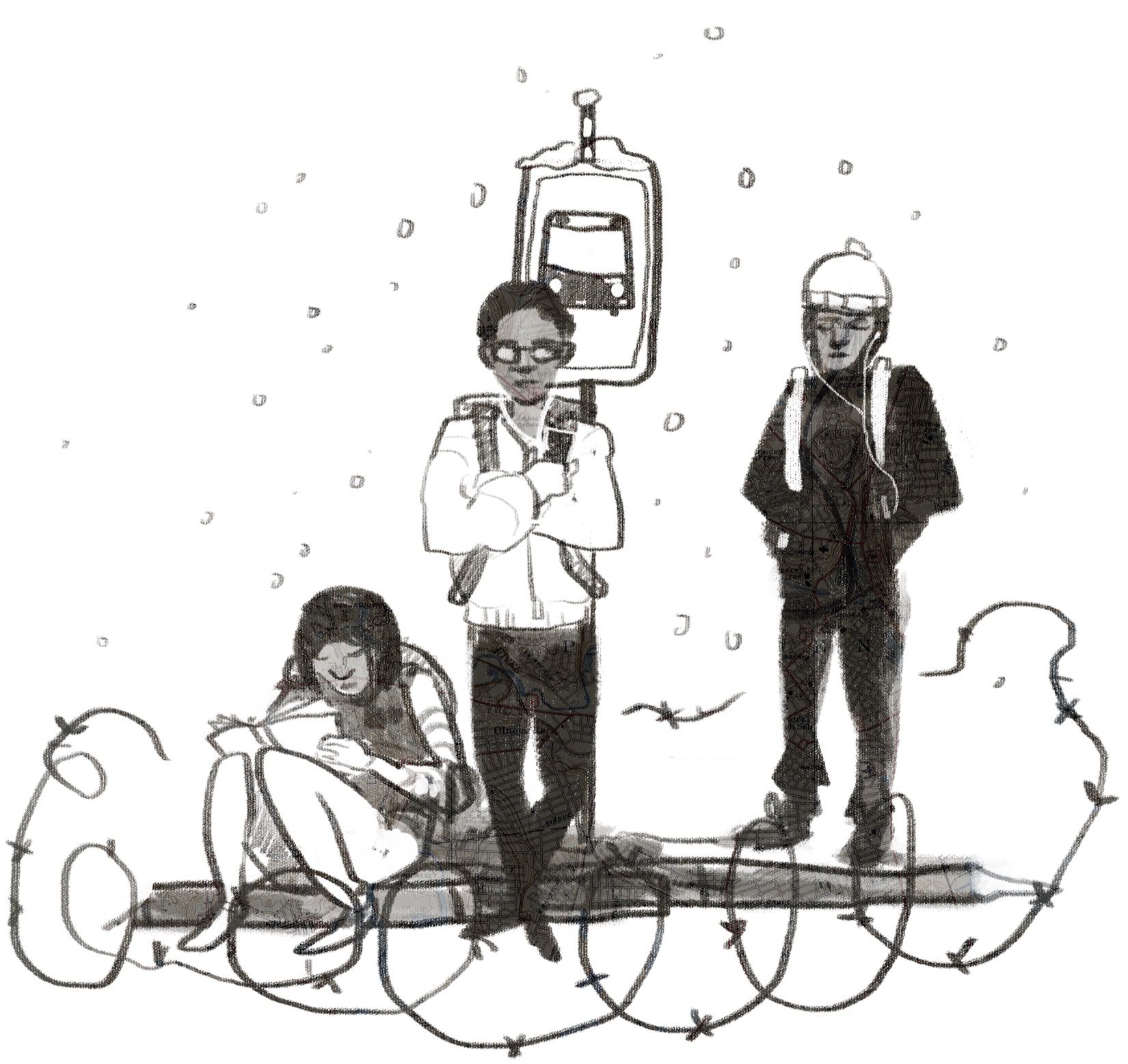 Historical events and legislative records might suggest that Rhode Island’s schools should have been equal and diverse a long time ago. Rhode Island’s General Assembly formally outlawed school segregation in 1866 after nearly a decade of advocacy by George Downing and the state’s other Black leaders—an early shift compared to the rest of the country, but not surprising in a state with a relatively progressive political tradition. The Supreme Court likewise banned legally segregated public schools in the entire nation with 1954’s landmark Brown v. Board of Education decision. Yet nearly 60 years after that case, school segregation remains an intractable problem for America’s—and Rhode Island’s—communities of color due to a dangerous mix of social and legal forces.

School districts are typically organized by neighborhoods that are already racially and economically isolated; widespread housing discrimination still means that low-income families and families of color have decreased access to certain neighborhoods and, therefore, to better schools. When these families came to urban centers throughout the 20th century, white flight from the cities condensed wealth in the suburbs and left cities with less of the property tax revenues that fund education. Though segregation is popularly associated with the South’s Jim Crow laws, Rhode Island underwent its own white flight from Providence to surrounding suburbs in the ’70s and ’80s: the city was 90% white in 1970, and is now about 49% white, while the entire state has retained a white majority of 81%.

Increasing residential segregation, then, increased school segregation due to neighborhood-based zoning. None of this was helped by a Reaganand Bush-era wave of legal challenges to integration efforts like busing, which had been successful in cities like Charlotte, NC. Conservative judges across the country began to consider forced integration a waste of time, believing that the progress made toward integration could happen on its own without court oversight. Demographic data shows increasing integration and achievement for students of color up until the ’80s, then a gradual drop continuing up to the present day.

People of color will soon be the majority in public schools. But national school segregation is worse than it has been at any point in the past four decades, according to a 2009 paper by UCLA professor Gary Orfield. White children represent slightly more than half of all public schoolers, yet the average white student still sits in classes that are more than three-fourths white. Conversely, about 40% of Black and Latinx students go to a school that’s considered ‘extremely segregated,’ where over 90% of the students belong to these demographics. The average Black or Latinx child also attends schools with almost twice the poverty as the average white student. Due to the property tax funding model, a school’s resources tend to reflect those of its student body and surrounding neighborhoods. Schools that are poorer, which are invariably attended by mostly students of color, suffer from lower achievement due to this disparity.

The Providence Journal reported a year ago that Rhode Island has some of the country’s worst school segregation, ranking sixth-highest in the US for segregation of its Hispanic students (a term that some researchers use in place of identifiers like “Latinx,” since a crucial dimension of school segregation in America is the language barrier for some students who speak Spanish at home). Although the state is only 12% Latinx, the last census indicated that 63.6% of Providence’s public school students identify as such. This gives the state’s capital its own distinction as the ninth most segregated school system in the US for Latinx children. Black students, who represent about 8% of RI public school students, comprise half the amount of students in Rhode Island, which means that they statistically appear to be less segregated. Nonetheless, the educational disparities that apply to Latinx children in the state are largely applicable to Black children too, as data from the advocacy organization RI Kids Count demonstrates.

A study from scholars at diversitydata.org  reports that the average Latinx student in Rhode Island goes to a school where 45.6% of their classmates will also be Latinx, while white students will have a Latinx peer only 8.3% of the time. A quarter of Latinx students in RI attend school where almost every student is a person of color. These numbers aren’t only troubling for the racial segregation they indicate. Students of color are far more likely to experience challenges that compound race and income disparities, leaving them doubly isolated. According to the same study, the average Latinx student in Providence additionally attends a school in which three out of four students are considered low-income, based on free and reduced-price lunch eligibility.

The Rhode Island Department of Education (RIDE) collects performance data for the state’s schools based on standardized tests and graduation rates. A cursory scan of these school report cards, combined with racial and economic demographics, reveals that the schools that are considered ‘high-achieving’ in Rhode Island are much whiter and wealthier. “Enrollment in Rhode Island public schools generally reflects the demographics and housing patterns of Rhode Island communities and neighborhoods,” said Elliot Krieger, spokesman for RIDE, told the Indy over email. Though some diverse schools like Providence’s own Classical High are ‘high-achieving,’ most of the schools that receive that descriptor are in towns like Portsmouth and Narragansett, which are well over 90% white. Such abject segregation, along with the rankings that effectively show that whiter schools serve their students better, broadcasts the damaging message that only some students deserve the best that the state has to offer. This does little to encourage teachers, administrators, and students in the most vulnerable schools, where low expectations from all parties can make rectifying the problem even more difficult, as Orfield relayed to the ProJo last year.

Students of color who live in segregated districts are much less likely to graduate from high school; they are more often reading and doing math below expectations for their grade level; and they tend to live in poorer neighborhoods that offer less access to enriching opportunities like AP courses that prepare students for college. The Leadership Conference on Civil and Human Rights has found data that supports these concerns. 76% of white students graduate from Rhode Island high schools, compared to 52% of Latinx students and 59% of Black students. White students in Rhode Island have more than twice the opportunities to take ‘gifted and talented’ classes compared to students of color, and more than three times the access to AP math courses. What’s more, Superintendent Christopher Maher of Providence Public Schools told ProJo last year that “one out of four [of the students in his district] is an English language learner,” or ELL, from predominantly immigrant families. When English is the primary language of instruction, lack of fluency—and lack of ELL resources on the part of schools—can further threaten a student’s chances of academic success.

Schools that are separate and unequal inflict enormous harm on low-income communities of color. Some damage is obvious because it’s quantifiable, while some of it is mental damage that’s invisible. I should know. I grew up in it.

My hometown of Macon in Bibb County, Georgia is intensely segregated. Though two-thirds of the city is Black and about one-third is white, but you wouldn’t know it based on public high school enrollments. Five of the district’s seven high schools are over 85% Black. Four of these, including Central where I went, are more than 90% Black, which qualifies them as ‘extremely segregated’ by education researchers. Each of these schools is over 85% low-income as well. Howard High School, in Macon’s whiter, wealthier north, boasts higher achievement than other high schools along all metrics, and gets applauded for it as if it happened solely by merit. The rest of the city’s white residents have mostly opted to send their kids to almost all-white private schools, further sapping the Bibb County schools of resources (though their founders would deny this, several of Macon’s private schools were established in the years immediately before and after integration orders were enforced, which is no accident of history).

Educational success in Macon has become so linked to whiteness and wealth that my father briefly floated the idea of sending my younger siblings to faraway Howard or to a distant private school to escape the abysmal prospects that the school district offers poor Black students.  I was fortunate enough to be in a magnet program at my school that was more diverse and benefitted from better human resources. But that didn’t insulate me completely from the rest of Central’s students, a population that now includes my younger siblings. Though some teachers worked hard and cared deeply, half of the students in my year didn’t graduate. Black students in Bibb County schools are assumed to be lazy, their families structurally deficient, sometimes by Black people with positions of power themselves. What doesn’t get blamed so much is Macon’s overwhelming complacency with this arrangement. They forget, for instance, that in 1970 the governor of Georgia openly advised Macon’s white citizens to defy school integration orders, and that they have been quietly following his advice for well over four decades.

The story is identical in too many places, including the Ocean State. Rhode Island, like the rest of the US, is undergoing a demographic shift that will soon create a student population made mostly of people of color. The state will run into problems unless it works mightily to combat inequities in education. Continued segregation in Rhode Island would create a cycle much like other areas with large and concentrated proportions of low-income Black and Latinx students: these students have smaller chances of achieving social mobility through educational attainment, as they become less likely to get the college degrees that enable a higher standard of living. Their children then inherit similar situations. Moreover, education is a formative influence in a person’s life; when white students and students of color alike are educated without peers of different backgrounds, a society that looks like it’s diversifying is really just stratifying.

Proposed policy solutions abound, most of which currently revolve around increased school choice. Krieger, the spokesman for RIDE, told me that “Education Commissioner Wagner has advocated for more options for families, including the opportunity to enroll children in schools outside of their neighborhoods, enrollment in career-technical schools and programs, PrepareRI dual enrollment, the Advanced Coursework Network, as well as increased opportunities for enrollment in charter public schools.”  Mayoral academies, Rhode Island’s unique charter school system, show both promising achievement and serve a diverse student body; Blackstone Valley Prep’s website touts its commitment to both academic excellence and “intentional diversity.” Most of the policies advocated by the Commissioner to combat segregation, however, rely on the faulty premise that kids merely need to escape segregated schools. And some research by UCLA’s Civil Rights Project suggests that school choice can make segregation worse. Policymakers must answer the question: what can the state do to help those left behind while only a few get better opportunities? Part of the fix must be robust measures to counteract the residential segregation that enables its own replication in the state’s classrooms. And though integration should be a priority, so should the highest resource allocation for schools that likely won’t be integrated anytime soon.

KELTON ELLIS B’18 wants schools to make good on Brown v. Board.