A look at taste's effect on fashion 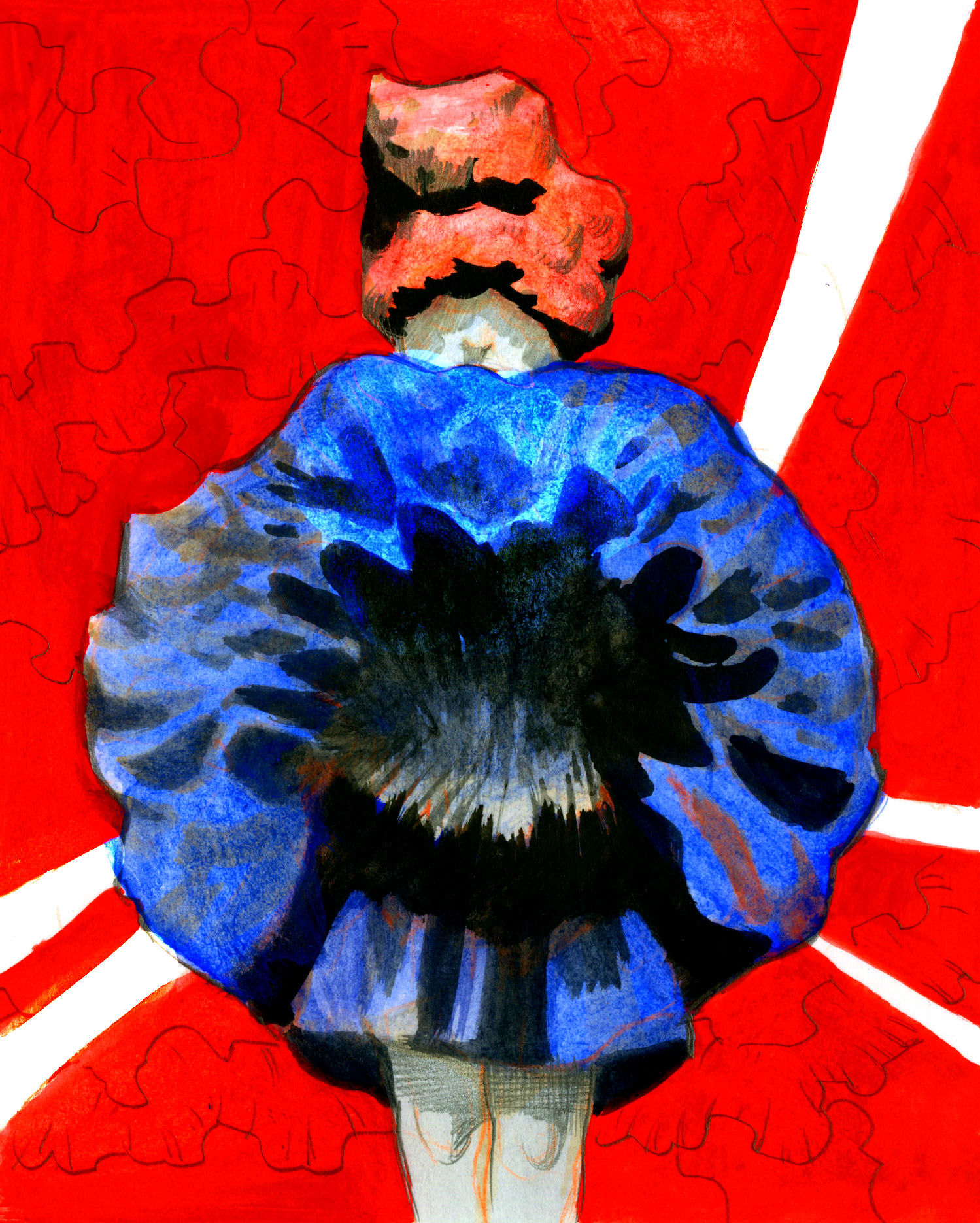 On October 13, curator Judith Clark and psychoanalyst Adam Phillips debuted their joint exhibit The Vulgar: Fashion Redefined at London’s Barbican Gallery, which prides itself on an ability to “push the boundaries of all major art forms,” according to its website. The exhibition explores the complexities of the term “vulgarity” through displaying works of fashion that had been previously delegitimized by the art world for their so-called tastelessness.

This exclusion is deeply embedded in the curatorial practices of fine-art museums. In the 19th century, Sir Henry Cole and William Morriss, art directors at London’s Victoria & Albert Museum, considered the display of modern fashion vulgar for its ‘femininity.’ Morriss did not value his era’s women’s wear, considering it too “bundled up with millinery… upholstered like armchairs.” This historical exclusion of contemporary fashion from the space of the museum continues to this day. It wasn’t until World War II that elite fine-art museums like the Metropolitan Museum of Art or the Victoria & Albert Museum created costume and textile departments, whose exhibitions remained limited to the display of historical apparel.

In the 1950s, as major museums saw more women, such as Madelaine Ginsburg and Natalie Rothstien of the Victoria & Albert, gaining curatorial positions, museums slowly became more inclusive of modern fashion. Fashion: An Anthology, a 1971 exhibit at the aforementioned museum marked a major turning point in the departure from the framework of costume, instead focusing on that year’s haute couture styles. It wasn’t until 1983 that the Metropolitan Museum of Art organized its first show around a living designer, Yves Saint Laurent. They justified featuring YSL’s designs on the basis that the brand had “significantly impacted the culture of Western fashion for 25 years.” The institute’s departure from dead styles to living ones was groundbreaking. Nonetheless, the Met still primarily displays fashion with an emphasis on history, not art. To this day the Met offers only two year-round fashion-related tours: one relating costume history to the museum’s collections of armor, textiles, and paintings, the other similarly exploring antiquated dress.

YSL’s show faced criticism from the Met’s own curators for its implicit commerciality.  What dissonance, after all: YSL’s designs being window-shopped on 5th Avenue while also being gawked at in a building of knight-suits and busts of Roman emperors. When the Costume Institute’s current curator, Mark Bolton, assumed his position in 2002, he discovered the department’s lingering, unspoken policy against featuring living designers. In spite of this, Bolton plans to exhibit works by a living designer for the second time ever at the Met: Rei Kawakubo of Commes Des Garçons (CDG) this coming May. Kawakubo is no stranger to the fashion-art dichotomy; in fact, this dichotomy has shaped her career. Since its conception in 1981, CDG’s runway styles have evolved from more traditional, dress-shaped dresses to ‘dresses,’ loosely put. Her spring 2016 collection features one with a supersized black raven-colored pompom in the center, a rich blue loofah-esque material tufting outward from the pompom core. Kawakubo’s designs vary; she produces more artistic runway pieces as well as clothing more widely available for purchase. One can buy her shoes at Nordstrom, for example. CDG’s collaboration with Converse yielded both low-tops and high-tops with little red hundred-dollar anthropomorphic hearts on them.

The Met’s exhibit, however, will not be featuring anything CDG has sold at Nordstrom, focusing exclusively on Kawakubo’s runway styles. In the exhibit’s press release, curators emphasize that “Kawakubo’s work challenges conventional notions of beauty, good taste, and, ultimately, fashionability.” By excluding her more conventional designs from the exhibit, the Met upholds its long-standing bias against granting typical clothing the title of ‘art.’ In the same press release, the Met states that they will “explore [her] work, that often looks like sculpture.”  The Met’s curatorial decisions rely on the assumption that museum-worthy fashion is the opposite of commercial.

Backlash to the YSL exhibit from the museum’s own staff, as well as the conditions meriting Kawakubo’s inclusion in the Met, highight the museum’s challenges of reconciling cultural relevance with artistry. Curation treats the museum as a status symbol in which art is judged in terms of its ability to trascend the ordinary.

By curating an exhibit around objects that were historically discredited by the museum, Clark and Phillips seek to deconstruct vulgarity, to expose the elitist futility of taste. They have named and categorized 20 different facets of vulgarity, each corresponding with a room in the exhibit. One room showcases that which is “too-common,” exploring the medium of denim. Another exposes the “too-popular,” including Andy Warhol’s Souper Dress and Moschino’s candy-wrapper evening gowns. The “Ruling In and Ruling Out” room consists of etiquette guides spanning from the 16th century into the modern day. The conclusion of this juxtaposition of so many vulgar things against so many other vulgar things is clear: the word “vulgar” doesn’t mean much other than as a signifier of delegitimization.

Outside of the Barbican exhibit, the project of reclaiming the ‘vulgar’ has also been taken up by contemporary artists, who have worked to expose the meanings that modern apparel can communicate in the space of the museum. Last year, New York’s New Museum featured Cheryl Donegan’s Scenes and Commercials, a reflection on the intersections between consumerism, middle-brow culture, and fashion. In one room of the exhibit, Kiss My Irish Ass played, a video of the artist painting shamrocks with her Irish ass. In another stood a makeshift boutique of clothing the artist had purchased on eBay, as well as leggings, jackets, and coats, all with photos of other leggings, jackets, and coats printed on them. In her recent project, 70 Cotton Smocks, artist Marit Ilison uses cotton smocks ranging in color from white to dark purple to recall “laboratories, medical institutions and haute couture ateliers.” Unlike Kawakubo, both of these artists use apparel solely as a conduit for a wider set of artistic practices; Donegan and Ilison do not sell their work to the public. Their pieces of apparel are situated in an “art” context rather than a “fashion” one, even as they seek to interrogate the dimensions of vulgarity that inform that divide.

While Phillips’ and Clark’s use of gallery space for an exhibit on vulgar fashion reclaims clothing’s position as an art form, The Vulgar also follows many of the conventions of other fashion exhibits. Like the vast majority of fashion exhibits in major museums, it primarily explores history, aiming to celebrate clothing that has been considered unfashionable through the ages. One section, for example, explores the harsh portrayal of Puritan dress in Flemish painting, noting the extreme denial of color and decoration. These paintings, once considered vulgar, no longer seem out of place in a museum.

Deploying the categorization of ‘vulgar,’ even when the word itself is not used, constructs strict, subjective borders around what is and is not art. By blurring these borders, Barbican’s exhibition demonstrates how rigidly they continue to be held elsewhere. In an interview with the Guardian, Phillips addresses the dogmatic application of taste, calling it “a militant and aggressive narrowing of the mind, when it says, ‘I know what I like—and don’t like—and you’ve got to agree with me.”