How to Write in the Human Realm

Notes on Ben Lerner and the politics of poetry 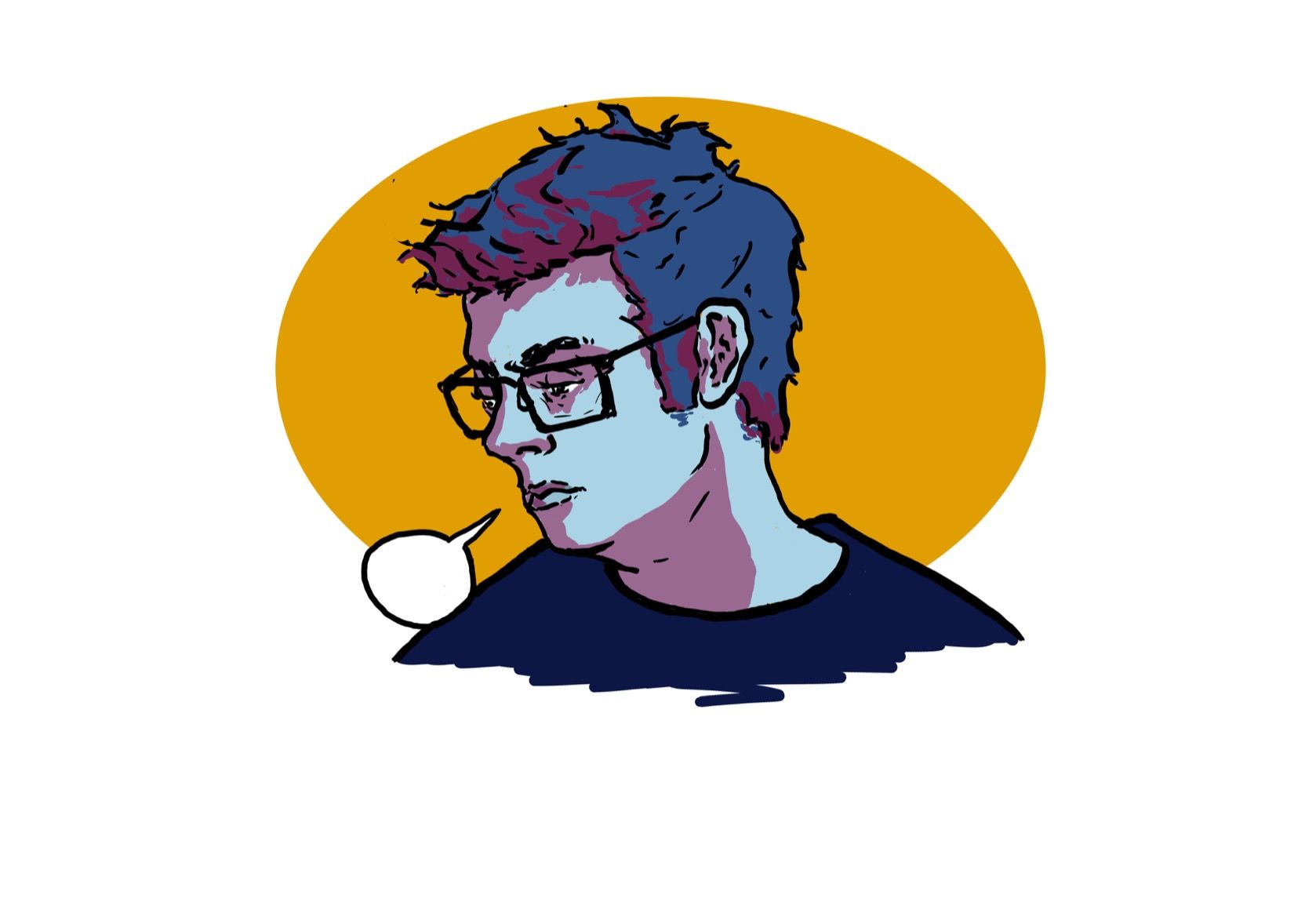 In a video that the MacArthur Foundation produced after awarding Ben Lerner a genius Grant last year, Lerner poses the question, “What would it mean to care about literary value in a culture that cares so much about money?” Lerner, a Brown graduate and celebrated poet and novelist, is questioning the role of poetry in a culture that critiques poems as archaic. Critics commonly ask, for example, whether the academy—the MFA program, the reading series—is the final resting place of poetry. Poets have had to confront the relevance of their medium for decades—perhaps even centuries.

In the 16th and 17th centuries, Shakespeare answered this question by arguing that verse could function as a time capsule—a historical marker that outlives our bodies and communities. His grandiose claim locates the “value” of a poem in its capacity to preserve a historical moment or the essence of an individual. However, this trans-historical assertion neglects the ways in which poetry can—and must—reckon with the present: with this day and this place. More recently, the conceptual artist and poet Vanessa Place founded VanessaPlace Inc., a poetry “corporation” whose slogan, “Poetry is a Kind of Money,” suggests that poetry can be rendered valuable in contemporary society by treating it as a form of capital. To highlight this point, the corporation manufactured and sold chapbooks comprised of twenty $1 bills for $50 apiece.

Neither Shakespeare’s proposal—poetry as a sort of embalmment—nor Place’s—poetry as economic transaction—would satisfy Ben Lerner. Lerner’s new book-length essay, The Hatred of Poetry, which was published this summer, endeavors less to answer these criticisms—he makes no attempts to prove why poetry is, in fact, still relevant—but, rather, to trace the roots of the criticism itself. What are the origins of the “hatred of poetry”? And how is poetry to respond?

The Hatred of Poetry is premised on the notion that poetry is driven by a poet’s desire for the transcendent. According to Lerner’s logic, writing a poem is an attempt to flee from the human realm—the realm of finitude and violence—and arrive at the gates of the divine. This is what Lerner calls “Poetry” (with a capital “P”) or “virtual poetry.” This task is, of course, futile because poems are written by human beings, who are ultimately interested in translating their experiences of the world into language. Though certain religious traditions maintain that the world was written into being, poems are, nevertheless, mediated by human language, the mouths that speak it, and the hands that construct it. Lerner writes, “You’re moved to write a poem, you feel called upon to sing, because of that transcendent impulse. But as soon as you move from that impulse to the actual poem, the song of the infinite is compromised by the finitude of its terms.” In other words, poems are not particularly useful instruments for Poetry. The poet, Lerner asserts, is an inherently “tragic figure,” whose poems are nothing more than “records of failure.” There is an incongruity, therefore, between what the poet is called to do and what the poem is capable of achieving. As Lerner notes, Socrates was well aware of the doom of the poet; for, as he once proclaimed, “Of that place beyond the heavens none of our earthly poets has yet sung, and none shall sing worthily.”

Nevertheless, “The Hatred of Poetry” is a rather unfitting title for Lerner’s book. Lerner does not hate poetry but, rather, confesses it limitations. If we are to accept that all poems are failures, Lerner proposes, then we may begin to re-conceptualize poetry as “clear[ing] a place for the genuine Poem that never appears.” Yet it is the very failure of poetry to transcend the human realm that imbues poetry with its value—its capacity to gesture towards and open up a space for authenticity. Our “hatred” of poetry—or, perhaps more accurately, our ambivalence or hostility towards poetry—should not dissuade us from reading or writing poems. Rather, our disappointments with poetry should empower us to experiment with language, syntax, and the limits of each. Lerner proposes that history’s worst poems—such as those by William Topaz McGonagall—and history’s best—such as those of Emily Dickinson or John Keats—are alike in that they both gesture towards the impossibility of Poetry’s project. According to Lerner, the greatest feat to which a poem can aspire is a recognition and disruption of its limits. Lerner concludes his essay with a plea, writing, “All I ask the haters…is that they strive to perfect their contempt, even consider bringing it to bear on poems, where it will be deepened, not dispelled, and where, by creating a place for possibility and present absences…it might come to resemble love.” We need not mourn the failure of poetry. Rather, we may find beauty in its deficiencies. Instead of asking whether poetry is relevant in contemporary culture, we ought to ask how poetry can articulate our experiences of the world.

Despite its passionate affirmation of poetry’s many virtues, Lerner’s interpretation of poetry—and of why we dislike it—is strikingly narrow. Lerner’s essay relies on a reductive and problematic definition of poetry. He writes, “In a dream your verses can defeat time, your words can shake off the history of their usage…but when you wake, when you join your friends around the fire, you’re back in the human world with its inflexible laws and logics.” Lerner asserts that Poetry, in its attempts to achieve divine abstraction, dreams of poems that are timeless and decontextualized—poems that have shed the confines of the world.

M. NourbeSe Philip’s book Zong! reveals the limits of and privileges integral to this dream. Zong! is assembled from the text of a legal decision regarding the 18th century Zong Massacre, in which over 100 enslaved Africans were drowned at sea so that their owners could collect the insurance placed on them. Philip’s text is fragmented—phrases and words are scattered, letters and syllables occupy frenetic space on the page. Philip describes the book as an act of transgression—an attempt to radically break open a grammar that has been wielded as a weapon for centuries and to carve a new, redemptive language from the rubble. In a reading she gave at Brown University last spring, Philip mentioned that white men quite frequently ask why her texts and performances are so violent. Responding to a question on the capacity for poetry to disentangle trauma from language, Philip described the act of speaking English as a metaphorical rape—as itself a violation, a betrayal. Philip does not dream of a verse whose words can shake off the history of their usage. Philip is concerned with reckoning with and disrupting a violent and oppressive language. Lerner’s dream, moreover, is the dream of cisgender, white male poets who have the privilege of decontextualizing the words they employ. Lerner’s narrow definition of Poetry ultimately reifies a discourse that discounts issues such as the entanglement of language with colonial oppression as illegitimate topics of serious literature.

In his extensive review of The Hatred of Poetry, published in the New Republic, poet Ken Chen notes, “Throughout the book, Lerner consistently invokes politics, only to suppress actual political content.” Lerner critiques the exclusivity of poetry by proposing a vision that fails to take into account the political projects that poetry can serve. For example, Lerner celebrates Claudia Rankine’s book, Citizen, as a masterful reckoning with the contradictions and tensions inherent in American poetry—specifically, the ways in which “citizenship” is constructed and policed in this country. Lerner cites Rankine’s unusual use of pronouns and dashes as concrete ways in which she directs readers to confront their privilege. Chen notes, however, “Citizen isn’t powerful because of its grammar—it’s powerful because Rankine implicates the reader beyond the text.” Lerner’s emphasis on Rankine’s subversive grammar and syntax diverts attention from the urgency of her account of American citizenship. By engaging in a close reading of Rankine’s book, Lerner engages in “repressed race talk, a way of talking about ‘I’ and ‘you’ rather than ‘white’ and ‘black.’” If poetry is capable merely of pointing towards the contradictions and limitations of language, then poetry cannot engage in any sort of meaningful politics. As Chen writes, “[Lerner’s] book offers no politics, since politics can only take place in the human world.”

Contemporary poetry is still, in many respects, an oppressive and exclusive space. Two years ago, Kenneth Goldsmith, a white conceptual poet and professor, performed Michael Brown’s autopsy to a room of predominately white students and professors at Brown. At around the same time, Vanessa Place began tweeting the text of Gone With the Wind and changed her Twitter profile picture to the “Mammy” character from the film. More recently, a poem by Michael Derrik Hudson, a white man who employs a Chinese pseudonym, was included by Sherman Alexie in The Best American Poetry 2015.

These controversies have challenged American literary communities to confront the legacies of violence, persecution, and xenophobia in American literature. In her essay “Delusions of Whiteness in the Avant-Garde,” Cathy Park Hong writes, “Mainstream poetry is rather pernicious in awarding quietist minority poets who assuage quasi-white guilt rather than challenge it… To be an identity politics poet is to be anti-intellectual, without literary merit…” Now more than ever, American poets must radically revise the metrics by which they judge the merits and responsibilities of poetry.

Ken Chen’s critical review of Lerner’s essay was something of an anomaly. For the most part, The Hatred of Poetry received rave reviews after it was published this past summer. Critics applauded Lerner’s well-researched, eloquent, and reasoned exploration of poetry and its place in contemporary American culture. There is much we can learn from Lerner’s exploration of poetry’s failures and his account of why poetry is so unpopular outside the academy. However, Lerner’s account of the fundamental discrepancy between Poetry and poetry—between what poems aspire to accomplish and what they are capable of accomplishing—must be scrutinized and contested. As American poets continue to grapple with the relevance of their art, a new, progressive, radical vision of poetry is necessary—one that defines poetry not as a departure from the human world, but rather as an immersion in, reckoning with, and resistance against this world in all its restrictions and failures.

JOSHUA KURTZ B’17 does not hate poetry.