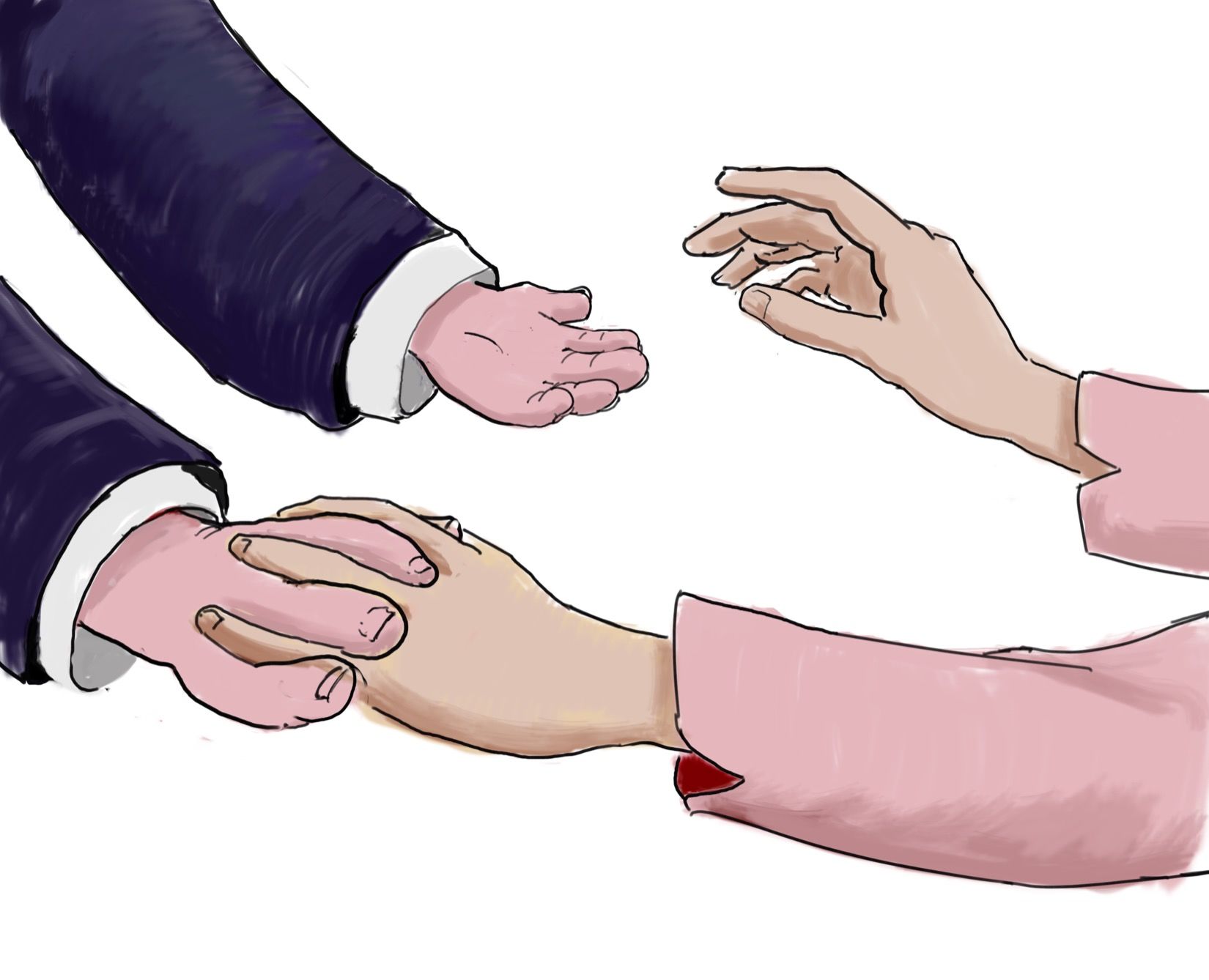 I want a baby. Should I get a dog?

I don’t enjoy the company of children, and they don’t enjoy my company either. I make incorrect faces, say the wrong thing at the wrong time, change the wrong diaper. The stakes are high with children—babies specifically, since you asked.

I do, however, have an instinctual prowess with dogs. I sometimes see dogs in parks from a distance, and as if my sheer will commanded it, they come running to me and inhale the meaty dog treats spilling out of my pockets.

Your question assumes that owning a dog can a substitutive replacement for parenting a child. To me this seems like a dangerous supposition—not because humans and dogs require radically different approaches to things like health and prenatal care, but rather it assumes that the value of parenting is derived solely from the act itself.

I’m not a parent, and I don’t plan on being one anytime soon. But I do exercise regularly and lately I’ve found that a healthy lifestyle isn’t cultured from a single act of exercise. I used to think this, then I ran my ankles into bilateral achilles tendonitis. These days I conceptualize my health as something like a pie chart: 10% is dedicated to deep tissue massage, 20% to biking (no handlebars!), 30% to breathing deeply and stretching, and the remaining 40% to oatmeal with peanut butter.

My feeling-based opinion tells me that having a baby and having a dog are two slices of the same pie chart which specifically concerns caring for living creatures. What species those creatures happen to be is ultimately decided by a set of frequently changing factors out of our control (time, your parents, where you’re born). Some people get dogs before babies, and other people get babies before dogs. I had a hamster once and it died pretty quickly.

For now, get a house plant.

Lately, all I’ve been wanting to do is make my house look really nice: bake bread, build tiny shelves, rearrange the living room again and again. This seems to be true of many of my friends who are in the midst of rigorous academic experiences. What is happening? Does my quarter-life turn toward domesticity run counter to my desire to live a radical queer lifestyle? Should I put down my drill and pick up a book?

In his essay “Late Victorians,” Richard Rodriguez talks at us about architecture and how gay men in San Francisco in the 1980s were moving within it. Queer men, according to Rodriguez, moved into the Victorian-style neighborhoods of San Francisco because they were the cheapest. “That gay men found themselves living within the architectural metaphor for family,” says Rodriguez, was merely a “coincidence.” The crux of Rodriguez’s essay, for the sake of your question, is how he describes the historical understanding of homosexuality: since homosexuality found definition as an identity category in the Victorian era, the gay man was defined as “sinful” because “he had no kosher place to stick it.” Decoration and refabrication, what Rodriguez calls “artifice,” is used by gay men (notably, Rodriguez excludes all other queer identities) in Victorian homes in San Francisco to both undo and renovate heteronormative history and home. Rodriguez’s Victorian home, once built with the confidence to house a multi-generational family, has now been converted into four single occupancy rooms—each housing a single queer man.

Your duteous advice columnist does not live a radical queer life. He doesn’t live in a Victorian home and he hasn’t seen San Francisco (he’s been huddled over his Remington typewriter for weeks trying un-jam the letters “C,” “R,” and “Y”). But he does know that space can be made even in rooms which appear to have none. Living rooms especially. It’s not about, as you say, setting down the drill and picking up a book. It’s about using the drill to build a bookshelf. Maybe to hold your collection of radical queer literature. Maybe Richard Rodriguez’s Days Of Obligation in which “Late Victorians” can be found. Maybe neither of these things, and instead buy a power sander to redo your floors. Your advice columnist thinks either is a good idea, and he’ll have a housewarming gift at your doorstep regardless.

I’ve been missing some vague, undefinable sense of intimacy in my relationships, and I just met somebody I want to see if I can build that rapport with. Being sort of a conciliatory person, I tend to couch the kind of interaction that intimacy would need behind a veneer of casual good humor and self-effacement. Should I try for what I feel to be more genuine start to a relationship, with the understanding that they might get spooked? Or is my impatience unfair to them and the possibilities of our relationship?

Consider for a moment the following: Both Trump and Clinton supporters live in the realm of fantasy. This is not because either political camps have unrealistic or amoral political agendas (they do, each in their own right, but that’s not the point here). The entire election cycle is in fact an amusement park of fantasies with mascots (the candidates), visitors (voters), and sad teenage ride operators (millennials, or elderly volunteers at the polls), each constructing their own mini-fantasies in order to sustain them for the duration of this vomit-inducing hell-pit until the park closes—or, the election ends.

It is a fantasy when Trump promises to build a #bragadocious wall across the American-Mexican border as it is when Hillary makes a promise “make debt-free college available to everyone.” Neither candidate is president and neither scenario is actually reality. Trump’s xenophobic racism and Clinton’s promises hedged from Bernie Sanders are there to produce in you, the voter, a type of yearning. Not for this reality—the current one in which your sullen, tired, and politically disappointed advice columnist is writing—but that not-so-far-off one you’ll be voting for in November, wherein Trump can rap his tiny knuckles on the Roosevelt desk and Clinton can “squeeze ISIS” like a squeegee.

My point here has relevance. The fabric of our dating world is unfortunately composed of dark matter (stay with me): look for a person’s romantic intentions and you’ll face a gaping void of non-information you’ll never know and it’s probably not worth guessing. Logistical politics play a role in your dating life whether you like it or not; being upfront about your serious romantic desires, as you intimated in your question, will result in almost certain disaster. But it’s not because they’ll get “spooked” at your intentions, but rather that your intentions are focused more on the idea of a relationship, in its fantastical abstract, than they are on a relationship with the particular person you have in mind.

You’ll be unsurprised to find that the individual who makes promises as Clinton does, who lives permanently in the world of the election cycle, who seeks not the practical connection to another person’s well-being, but the pleasure that’s produced by yearning for that connection, makes for an undesirable potential romance. Acting as president is not the same as being president. Wanting a relationship in the abstract is not the same as wanting a relationship with a particular person. No one likes election cycle politicians, and certainly no one likes an election cycle relationship candidate, making empty promises to anybody, acting the part without doing the job.

You need to drop your “veneer of casual good humor and self-effacement.” These are defense mechanisms that run totally counter to the vulnerability and open lines of communication required in the “undefinable sense of intimacy” you mentioned. Cynicism cuts like a dull blade. It bruises more than it makes bleed. Acting the part takes vigilance. It’s easy to fall back into the realm of fantasy—and don’t feel bad if you do. The most powerful media machines in the world already have. Just try not to hang out there for too long.