PVD's Moving Battles on the Criminalization of Poverty 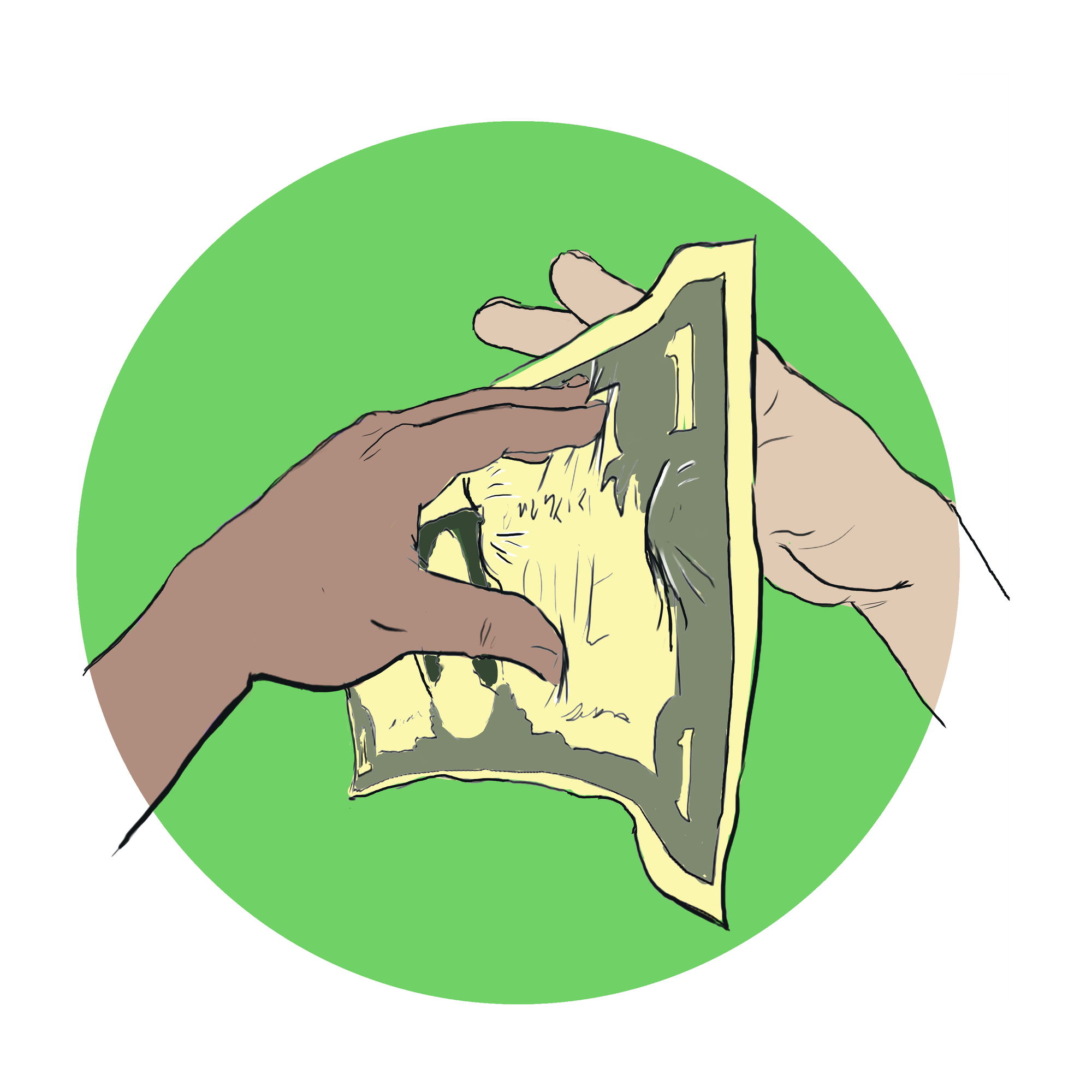 On June 30, 2015, Michael Monteiro was issued a summons by a Cranston police officer while panhandling on a median on Plainfield Pike. For ten years, Monteiro had used what he collected from passing motorists and pedestrians to supplement his Social Security disability benefits; his disability only allowed him to stand at the median for an hour at a time. He carried a sign reading: “disabled, need help, thank you, God bless.” The officer informed him of his court date, where his punishment could be either community service or a fine of up to $200, and told him that if he did not stop panhandling he could be arrested. When Monteiro reported to the Cranston Municipal Court that he didn’t have enough money to pay the fine, the Court dismissed the charges, but ordered Monteiro to cease panhandling at the median at Plainfield Pike.

The Rhode Island ACLU soon took up Monteiro’s case. Anti-panhandling ordinances, they argued, violate a panhandlers' First Amendment rights by restricting the content of their speech. They argued that these laws are selectively enforced, targeting panhandlers while leaving other forms of public solicitation, such as fundraising, untouched. Cranston’s anti-panhandling ordinance was struck down in a federal court settlement in April of this year, and the city of Cranston was ordered to pay Monteiro $6,475 in legal costs, court fees, and compensation for the emotional distress Monteiro suffered due to the Cranston police’s harassment.  Cranston was far from the only municipality with anti-panhandling ordinances on the books; according to a 2014 study by the National Law Center on Homelessness & Poverty, 24% of the 187 cities it surveyed had implemented city-wide bans on panhandling, and 76% enforced bans on panhandling in specified city locations, such as on medians.

Following the Cranston suit, the ACLU of RI and Providence homeless advocacy organizations, including the Rhode Island Homeless Advocacy Project (RIHAP) and the Homeless Bill of Rights Defense Committee (HBOR), worked in a coalition this spring to pressure Mayor Jorge Elorza to suspend Providence’s anti-panhandling ordinances. HBOR member and Providence College sociology professor Eric Hirsch led a group of students conducting interviews of 100 Kennedy Plaza pedestrians in November 2015. His results found that although 52% of those questioned were homeless or formerly homeless, 95% of citations and 94% of arrests (for behaviors such as loitering, panhandling, or smoking) were experienced by homeless or formerly homeless people. Megan Smith, HBOR chair and case manager at the Warwick-based House of Hope Community Development Corporation says some people simply won't get arrested for soliciting. “...the firefighters out there with their fund, or the Pee Wee footballers or cheerleaders who you see on North Main St, they won't get arrested," she says. "Who you see getting arrested are people who ‘look homeless.’”

The coalition argued that anti-panhandling ordinances are an unconstitutional infringement of panhandlers' First Amendment rights and in violation of Rhode Island’s Homeless Bill of Rights. The first of its kind, this Bill of Rights was passed in the US in 2012 and affirms that “no person should suffer unnecessarily or be subject to unfair discrimination based on his or her homeless status.”

In February, Mayor Elorza ordered Providence police to cease enforcement of the city’s own anti-panhandling ordinances: ordinance 16-20, which prohibited “aggressive solicitation,” (punishable by fines of up to $500 and up to 30 days of jail time), and ordinance 16-26 which prohibited loitering at a bus stops or terminals (punishable by fines of up to $100). In a letter announcing the decision to former Executive Director of the Rhode Island Coalition for the Homeless Jim Ryczek, Mayor Elorza wrote, “being homeless is not a crime, and I have instructed our police officers not to treat it as such.”

However, enforcing a law against panhandling (and the poverty it suggests) is not the only way to criminalize panhandling. Providence business leaders and officials have been busy in the months since February drafting proposals to combat signs of poverty by finding new strategies for expelling or locking up the people mired in it.

One particularly vocal organization has been the Downtown Improvement District (DID), a non-profit partnership of property owners and business leaders with the Providence Foundation, led by former mayor and partner of Paolino Properties, Joe Paolino. Paolino Properties’ building at 100 Westminster overlooks Kennedy Plaza, where many panhandlers station themselves due to heavy foot traffic. “I don’t think they want to be sleeping on sidewalks,” he offered at an August 18 DID meeting to address downtown panhandling and homelessness. “They should sleep in a bed, not the sidewalk, right?”

The proposed strategies to combat panhandling in their September 6 meeting notes are split into two parts, “Social Service Needs Action Points” and “Enforcement and Legal Issues Action Points,” with the latter betraying the DID’s willingness to continue the city’s reliance on police and security infrastructure, especially in the downtown sector. In addition to Paolino, several members of the DID’s Board of Directors own downtown developments, including Richard Lappin, co-owner of Regency Plaza Apartments, and Evan Granoff, owner and developer of the Providence Arcade. Their plan mandates that the police address the issues of sitting on sidewalks owned by building owners as well as on public sidewalks by “maximiz[ing] effectiveness” of cameras in Kennedy Plaza and creating a “downtown-wide network” for “comprehensive security communications.”

Although this growing security network is prohibited from enforcing the ban on panhandling itself, Providence officers are able to act on a slew of other bans against ‘nuisance crimes,’ many of which are similarly targeted, including public drinking, public urination, and disorderly conduct. Since the DID meeting in mid-August, Mayor Elorza has increased foot, bike, and horse patrols in Kennedy Plaza; Providence Police Major Thomas Verdi told the Providence Journal that these officers had made two dozen such arrests in the first 10 days of increased patrolling.

Barbara Freitas, Director of the RI Homeless Advocacy Project, described one moment in last week’s DID meeting: “[Paolino] was holding up pictures of our [homeless] folks, saying, ‘What can we do about this guy? What can we arrest him on?’ He had pictures taken of people sleeping in doorways at his building. ‘What can I do about this guy?’ Your plan is not to help; your plan is to arrest as many people as you can.”

As arrests targeting other crimes of poverty escalate, the threat of ordinance 16-24 still looms on Providence’s books. The halting of its enforcement remains a fully reversible policy of the Elorza administration, and Smith described discussions with the Providence Council to fully abolish the law as a “non-starter.” ACLU of Rhode Island Executive Director Steven Brown said that “there is nothing formal to be done” as long as Elorza’s policy of non-enforcement holds; should the ordinance be reintroduced, the ACLU would quickly challenge their constitutionality under the First Amendment. “I think [Elorza’s halting of the ordinances] was a compromise,” said Barbara Freitas. “When this all went down, maybe he really did believe that this harassment of folks was very wrong. But when he started putting out the extra police, I was like, this is how things change. He bowed to pressure from the people [saying] ‘you gotta do something, you gotta change something about downtown.’”

Advocacy groups have been vocal about the changes they believe would be effective in reducing panhandling and homelessness downtown; the RIHAP proposal “Reclaiming Our Public Spaces” suggests that the DID should support the construction of a centrally located day center for homeless services, and for property owners to include units for individuals whose rent is subsidized through state housing vouchers. These measures would provide tangible opportunities for business leaders and private institutions to pair with social service agencies, but many advocates are skeptical of the DID’s willingness to cooperate. “We really think that Paolino was duplicitous,” Eric Hirsch told the Independent. He cited an instance early this month when Paolino invited advocates to a promised discussion of potential strategies, only to later court the press into a publicized announcement. “I think the idea was that he was going to bring all of us advocates there for what we thought was a meeting,” Hirsch said, “but really it was going to be him announcing his plan. It would appear that we were all supporting a consensus.”

This past Wednesday, organizers from the HBOR and RIHAP convened at the foot of Paolino’s building at 100 Westminster, determined to express the contrary. RIHAP director Barbara Freites took the microphone. “Here’s some wisdom for you, Joe: moving the problem somewhere else is still a problem.” The group marched to the Rhode Island Convention Center, where Paolino had scheduled the announcement of his plan during a Providence Foundation board meeting. Once there, the group encountered security personnel standing at the base of the escalators into the Center, barring protesters not initially included in discussions with the DID. Several journalists were also barred access to the conference, including reporters from RIFuture, RIPR, and the Providence Journal. RIFuture reports that several individuals asked Paolino if the publication could have access to the conference, who responded that only designated individuals would be allowed. After the meeting, he claimed that the barring was “inadvertent.”

In response, Mayor Elorza planned an announcement of a proposed plan to address panhandling and homelessness on September 15th, which the Independent was not able to report on past its time of publication. Although Eric Hirsch stated that Elorza had said very specifically that he would not support Paolino’s plan, the DID chairman thanked the Mayor for his assistance during his Wednesday conference: “I give the Mayor credit. He recently took action when he called for more [police] presence in Kennedy Plaza.”

Across the state, anti-panhandling legislation is coming up for debate. Over the past few months, legal advocates in Johnston, Cranston, and Warwick were able to repeal those cities’ anti-panhandling laws; while Newport and Pawtucket were prevented from enacting such ordinances entirely. Last week, Cranston’s City Council unanimously passed a resolution encouraging Rhode Island’s General Assembly to take on the creation of a ban state-wide, and as their resolution stated, “to enable the City of Cranston and other communities to protect the health, safety and general welfare of their citizens.” Steven Brown says, “I have no idea how they would pass an ordinance that would pass constitutional scrutiny. If the city can’t do it, I’m not really sure how the state could either.” Barbara Freitas agrees that it will be “a long road ahead,” reflecting an uncertainty both for the state of Rhode Island and, perhaps more crucially, for the often precarious lives of the panhandlers themselves.

In the meantime, Smith is still telling panhandlers about their protections against arrest. During her outreach efforts for House of Hope, she passes them a card detailing the volunteer services available to observe panhandlers should they want evidence of police harassment. The card reads: “We want to make sure they keep their word.”

WILL WEATHERLY B’19 encourages you to report any incident of police harassment to the Rhode Island Coalition for the Homeless at (401) 721-5685.