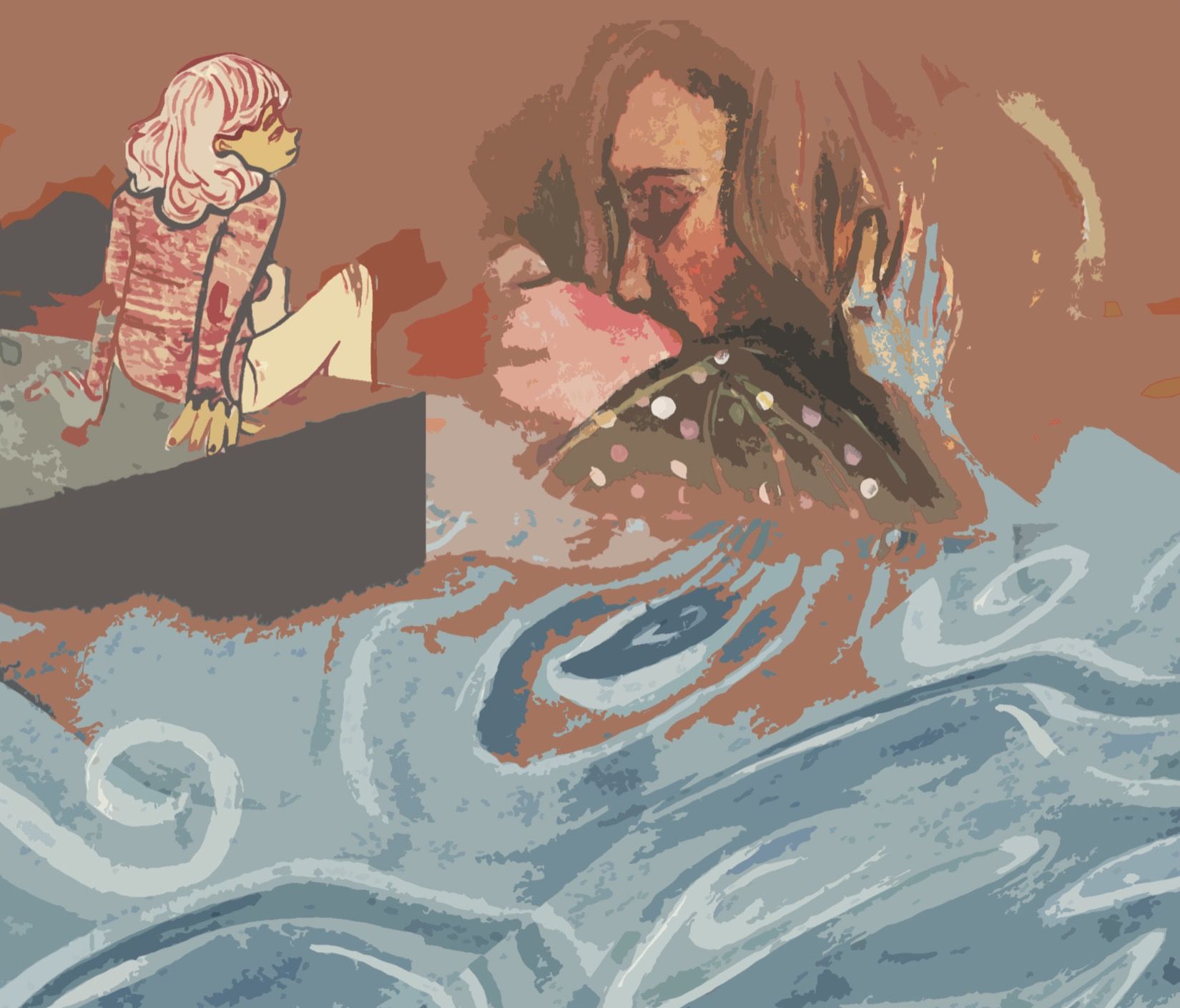 At one time or another, I guess I’ve been in love with all my friends. This is what Judith Butler taught me when I was introduced to her theory in a class about the secret architecture of people. Then came a peculiar process known as coming out. I reinhabited my memories in a way that felt something like rearranging of a set of objects of whose aesthetic harmony I had once been convinced. When I was done, my past friendships with women were incomprehensible.

When Todd Haynes—a filmmaker—studied this architecture at the same institution, I imagine, in the same way, some things were made hazy, and others quite plain. Haynes and Butler entered my college life in the same lecture, the week my friends and I abandoned our worship at the throne of normative sexuality for the throne of a select few films and their accompanying soundtracks. That week, I began to sleep every night in the bed of a girl who bore a striking resemblance to Rooney Mara. My friends and I began to believe movies could break chains, could save our lives, and that lesbians were the highest evolved form of humans.

I was as unsure about the difference between loving my girlfriends and being in love with them as I was sure that Haynes’s films were some of the best ever made, and that when he and Butler wrote, they were writing for me. 1988’s Superstar: The Karen Carpenter Story was a film about the way women’s bodies—our bodies— when mediated, became objects that decayed, like the quality of film itself as it was reproduced illegally over and over from the few bootlegged copies that remained in existence. Watching it felt transgressive, like discovering some dark and shameful secret about myself. 1998’s Velvet Goldmine was about how queer people who make art—us—are not of this world, and will therefore outlast it.

When, in 2015, Todd Haynes directed a movie called Carol about a romance between two women, in which he cast Rooney Mara, it seemed not only fitting, but even preordained. It was almost as if the other women and I in that lecture about Judith Butler had willed Carol into existence, and we rejoiced.

I see Carol in a theater in Havana. Movies are the only things that get to the island before they get to the States. It’s about New York City, Christmastime, a woman who runs away with a woman.

It screens at the Cine Yara. A boy who works as a projectionist at the theater on the next block down from the Yara meets me after his shift to see it.

For some weeks, I have been sneaking him up the stairs to my second floor apartment late at night, in the hopes of catching the watchman asleep, in the hopes that the story I will later try to summon to this page might remain absent among the hearsay passed between floors like the dilapidated elevator, its stick and lurch.

For some weeks, when there are no more questions to ask about his peculiar and foreign life, when the things in the projectionist’s mind are like something etched but without cipher, I have been asking myself about the sorts of stories that could be told between a person like him and a person like me.

Before the film, we wait in a line of a hundred to get in, and beside us, someone crosses into the street and deals with a dog that lies nearly dead there: both back legs in one fist, muzzle dragging. On the sidewalk, it shudders.

Carol is not subtitled. When Cate Blanchette finds a cassette tape in the wall of the motel room she shares with Rooney Mara, the revelation rolls through the audience a moment late, like seafoam or bad dub.

After, a 50-cent vanilla cone with his money. He has never felt snow, I remember in the quiet, and he will never know about the girls.

In the Cine Yara, between the house and the projection cabin, eight metal rungs. Between the cabin and the screen, light whirred through negatives of Mara and Blanchette.

‘Blanchette’: a name that means ‘white.’

In the last row of the theater, their bright faces and teeth, the projectionist, the dark house, I, trying to describe Times Square in December. It all comes out like lore.

In Havana, there is a cement border between one realm and the next where everyone goes to neck. There are stairs that lead into the sea that seem too huge for human use. Maybe they would be appropriate for a different species. Giants. Beings not of this island. The water is too deep to swim in for most. Some humans slip on prostheses to elongate their feet or tie dirty Styrofoam together with plastic, and float. We watched their torches glow from the cement. In the morning, around their shoulders in stacks will hang small fish.

During the rainy season, the border floods. Waves curl over cars that drive by. It’s as if the sea is reclaiming the land slowly, with great care. I, too, push up against the border of myself for the sake of it, just to see where I end, hoping the salt will wear me down enough to justify all the concrete.

It is easier to have a border. It is easier to keep things out than in. For example, trying to remember what someone said and how he said it, sitting on a long wharf of cement pocked by saltwater and humid air. For example, destroying yourself before someone else can do the same from across a country or a language or body of water. For example, closure.

I am written wrong on a shred of paper he draws from somewhere. Still, I say, show me again how you have the right words and I do not.

These are the subtitles, the footnotes, the evidence recorded on tape. This how to hear the final consonants of words a person does not say. This is how to address someone formally. Remember what happens to direct and indirect object pronouns when they meet one another. Remember so you can say it right when you say, I’ve forgotten the word I was taught. Remember how the Spanish translates closer to something like, the word I was taught has forgotten me.

This is the word you forgot, that means ‘boulder’ and rhymes with a word that means ‘by yourself.’ Have you found it in a dictionary? Be sure to find it in a dictionary. These are the terms of endearment. These are the terms of endearment for the woman who washes the dishes, the one who sells paper in a washroom for a dime, for a friend, for a man, for a cab driver, for the sky. This is how you do not understand what is being said. This is how difficult it is to explain it to you when your words are not concordant, are fractured, do not agree. This is how a person would want you if you did not have to be explained the ways in which you are not sufficient, how you have not given yourself enough to it all: as much as the sky.

There is so much left to say, the projectionist says, and no ways to say it. There is something I cannot touch, but that touches me. It is something like a border.

As a condition of gaining custody of her character’s daughter, Cate Blanchett must cut ties with Rooney Mara with the exception of occasional phone calls, during which, in order to avoid incrimination, neither speaks.

My last night on the island the waves that broke over the border reached the far side of my building, bigger than they’d ever been. When the projectionist called me, just before light, all I could hear was the ocean.