Getting In Touch With Your Body

Going Beyond Numbers, Diets, and Standards 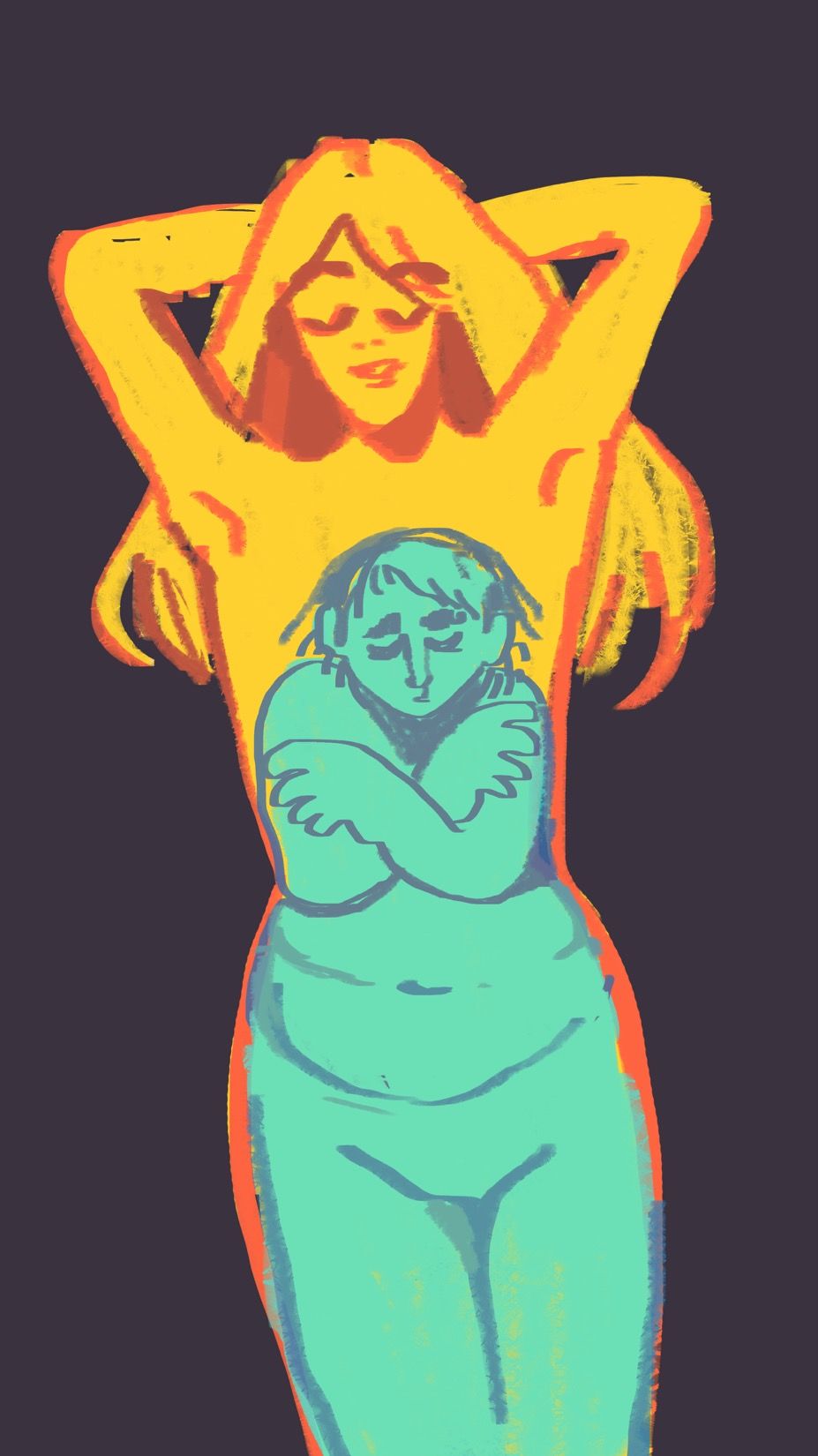 Mainstream US society is obsessed with thinness and perfection. In magazines, newspapers, and television, models are regularly photoshopped down to size zeroes, perpetuating body standards that most people cannot realistically reach. Along with this culture of thinness comes a culture of dieting and, sometimes, starving. It doesn’t help that many public health studies suggest that being overweight will lead to greater health issues such as heart disease, sleep apnea, and arthritis. Even still, being thin does not necessarily lead to a perfectly healthy life. A study called published in The Lancet in 2006 found that the lowest risk of all types of mortality compared to other body mass ranges was found in people considered overweight (body mass index of 25-30). Additionally, being overweight isn’t necessarily negatively correlated with overall health and fitness. There are people with body mass index numbers that would put them in the “overweight” category who can run marathons, bench press hundreds of pounds or do other actions that are typically associated with good health and fitness. At the very least, these realities highlight how individualized health markers are—“fat” and “thin” are not nuanced enough to describe health states.

This active perpetuation of thin ideals, however, does often lead people to use external visual markers as signs of health rather than internal body cues. One such harmful consequence may be damaging eating disorders that have been characterized by the objectifying and judging of the body according to unrealistic external standards. This objectification and judgment can lead to ignoring hunger cues that would otherwise send important feedback on nutrients the body needs and information on ways the body wants to move in order to enjoy living. The Eating Disorder Inventory, a self-report questionnaire used to assess the presence of eating disorders in clinical patients, gives a clear picture of how these and body dysmorphic disorders can severely decrease a patient’s quality of life. The inventory provides a partial list of the various symptoms linked to disordered eating (or the actual disorders?), including: nervous feelings surrounding sweets and carbohydrates, guilt after eating or overeating, terror of gaining weight, confusion surrounding feeling hungry, becoming bloated after just one small meal, eating when upset, feeling that everything on one’s body is too big, wishing to return to happier times, and some distrust with relationships. These feelings don’t even encapsulate the other physiological medical concerns surrounding eating disorders, such as starvation or too much exercise in some cases of anorexia.

Despite the perpetuation of thin ideals and subsequent clinical disorders that may be caused by it, movements that help people become in touch with their body do exist. These movements emphasize listening to the body’s internal cues in order to get a better sense of its state of health. One such movement is mindfulness. Through meditative practice, mindfulness attempts to bring the mind back to the present moment whenever it wanders away, as some may experience in a society in which we are usually so busy either anticipating the past or the present. In the scientific community, mindfulness-based approaches have also been shown to be useful for eating disorders. In the case of eating, mindfulness can be helpful in bringing our attention away from the diet and back to eating for the sake of eating. The goal behind mindful eating is being more aware of what you are consuming—how it tastes, what the texture of the food is, and why you are eating it. Mindful eating has already been popularized in books such as Ruth Wolfever’s The Mindful Diet, which discusses the issues behind traditional dieting—mainly that even when people do start a diet, they don’t stick with it—and argues that an awareness of our internal signals can help us be reflexive about what the food we’re eating (and what we’re experiencing as we’re eating) does to us.

In studies investigating mindfulness-based interventions for eating disorders, such as one done by Ruth A. Baer et. al, participants in mindfulness intervention showed decreases in food cravings, body image concerns, emotional eating and external eating compared to controls. More interestingly, mindfulness intervention seemed to also show a stronger increase in awareness of internal experiences and of automated patterns related to eating, emotion regulation and self-acceptance. In the scientific literature, being aware of one’s internal body state (such as by noticing how tense, tired, or hungry one’s body is) is known as interoceptive awareness. Eating disorders seem to be correlated with decreased interoceptive awareness, and the simple act of returning to the body, listening to it, and increasing one’s awareness of it may have a profound effect on helping people to remember that they are more than just numbers on a scale or an outline in a mirror. The lesson here is that thin ideals won’t necessarily make our bodies happy—external standards of health (such as the visual perception of the body or numbers on a scale) may exist, but if we are feeling psychologically distressed over our obsession with these standards, there is definitely something wrong.

While health recommendations may give some suggestion of how to be healthy, it is important to also listen to the body to really understand how it is feeling, rather than just relying on numbers on a scale or diet fads. We have bodies that tell us whether we’re distressed or not, and it’s very easy to ignore what our body is telling us when our eating habits or body image is disturbed. We also have bodies that aren’t the same, and no standards can truly replace what our body is telling us. Mindfulness studies are show us is that our bodies give important cues about health and well-being that we increasingly tend to miss, and listening to them may help us have a healthier sense of ourselves in a society obsessed with external visual markers.

Anna Xu B’18 is not defined by numbers.