A Story of Compression 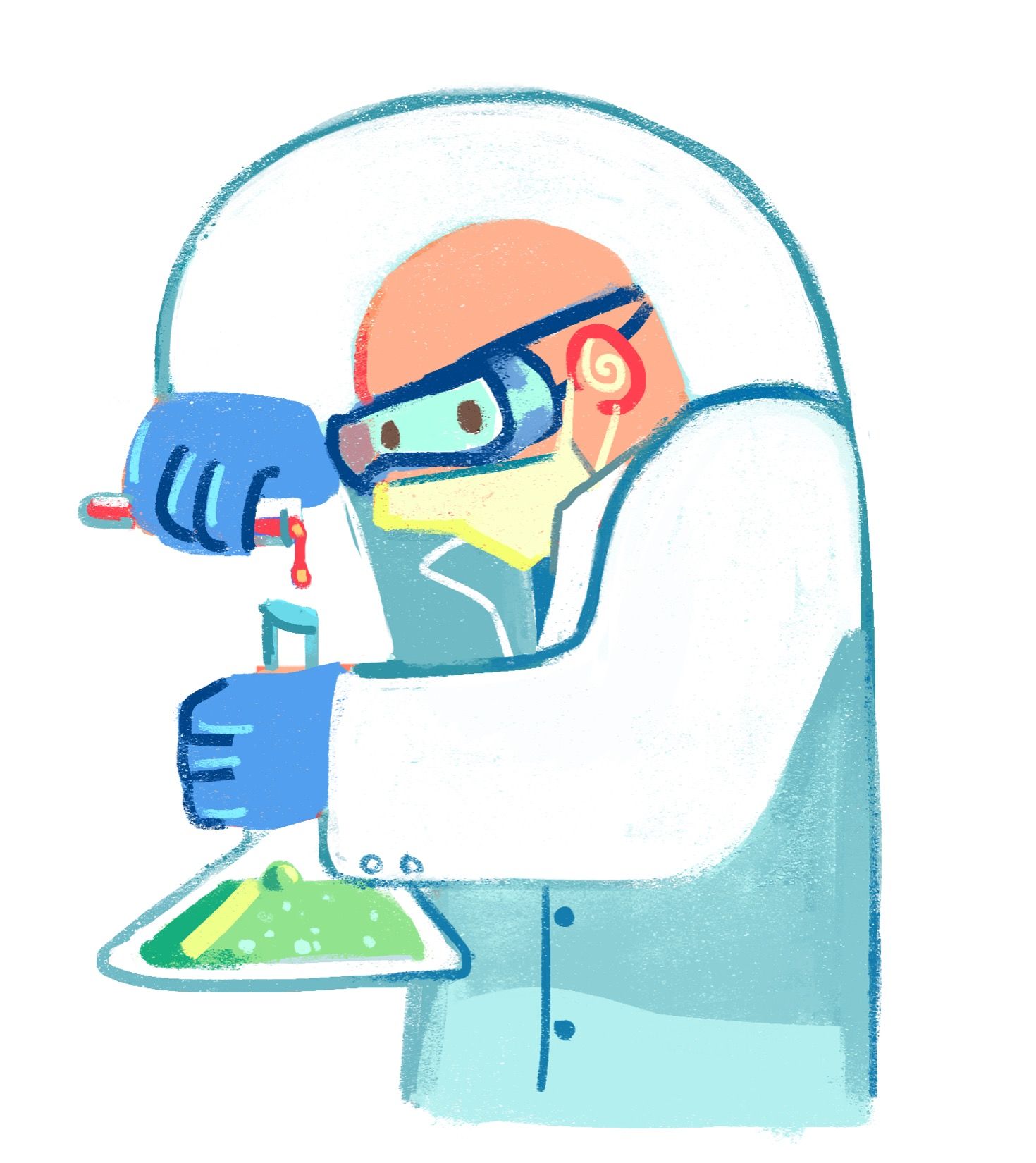 The glass wool flies towards the vacuum in the back of the fume hood in futility—a constant regular nuisance caused by the negative pressure produced by the hood to prevent volatile chemicals from leaking out as they evaporate. Before it can touch anything and become contaminated, the flying wool is caught between the thin metal of my tweezers. Once secured, I carefully wrap the wool around the sterilized metal, bid the little bundle of glass I’ve created farewell, and push it down the pipette. I take a sterilized metal rod, stick it down the pipette, and hit the bundle multiple times, crushing the wool until it cannot compress any further. My hands tire—the small instruments I work with demand complete attention and careful control. Working with small samples—mere milliliters and microliters in quantity!—requires small, compact setups to minimize sample loss. This effort, preparing columns for chromatography, separating samples into their different organic constituents, requires a patience I do not possess most days.

After securing the crushed glass wool in the pipette, the next step begins. Silica gel must fill the pipette over the plug—carefully funneled in, and carefully measured. The 40-63 micrometer silica gel—the perfect size and polarity to achieve optimal separation of organic compounds—is baked in an oven and covered in aluminum foil, and must be used in the hood. Don’t inhale it, of course. Silica gel’s polar properties make it most useful for the separation of compounds based on how well silica attracts and filters the organic molecules we hope to separate. The different solvents used in chromatography manipulate the attractiveness of the silica gel to the sample, allowing us to separate whole samples into their individual parts. The silica gel works particularly well in chromatography, but not in lungs. Do not inhale the gel. Use the hood. Inhalation of the gel may cause respiratory tract irritation—like nearly everything else in the lab.

I slowly dip the little metal spoon into the beaker of silica gel, collect the desired amount of dangerous dust, and gently tap it into the column with the funnel and spatula. The rest of the procedure poses no difficulty, unless you break the glass when settling the gel. Glass pipettes have no give.

Many individuals despise making chromatography columns—the careful measurements, the broken glass, the time and time and time that it takes, frustrate them. I’ve taken quite a liking to making columns when I’m in the mood. Column preparation—a process both methodical and discrete. And, if it’s done right, there are no questions afterwards.

My advisor approached me a while ago to offer me a job in a geochemistry lab. A strong opportunity to break into a science in which I was unfamiliar. Not biology, not chemistry, not geology, but geochemistry—a hybrid field melding all three fields to understand the environment that surrounds us. I met with the graduate student leading the project I would work on, and then I realized the great importance of the research—reconstructing a record of temperatures in Northern Alaska thousands of years ago. I graciously accepted the offer, and I felt proud and hopeful. Unbeknownst to me, I made a fine glass wool bundle, soon to be pushed and compressed.

The mandatory general safety and hazardous waste training teaches all those who work in the lab about the chemicals and risks they encounter. Unsurprisingly, the trainings draw in stone crowds, but you get free lab glasses at the end.

I began to learn how to work in the lab by meticulously reading procedures and by watching the graduate student demonstrate multiple techniques and preparation processes. After each technique or process was finished, the graduate student would take a step back from the hood and watch me recreate his work five more times, critiquing the way I held an instrument, how much chemical I used, or how I handled sample, until he felt I was ready.

Soon, I built rapport with the others who worked in the lab. Soon, I realized, we all had the same fears.

Through practice, I’ve started making 12 columns at a time, dedicating entire mornings or afternoons to making columns so that I can award the process my full concentration. After I finish preparing the desired number of columns, I sit there, and re-gather my surroundings while stretching my tired fingers. Then, I carefully place the columns into a clean beaker, cover them with aluminum foil, and put them in the oven to rest. I return to the shelf the stands I used to hold up the pipettes as I created the columns, and crush the aluminum foil I placed on the workbench to mark my work area before I recycle it. What’s left? The small metal instruments I manipulated so carefully to create the perfect columns, as well as a squirt bottle of dichloromethane—the most necessary evil of the lab.

On nitrile gloves, dichloromethane feels cool at first, almost calming, as it evaporates quickly from the sleek surface. While some dichloromethane evaporates, some of it attacks the nitrile that makes up the glove—when that happens, there’s only a minute or so for the glove to come off and for the hand to be washed before the stinging begins. If this happens during sample processing, that minute does not exist—especially when the sample is at least 10,000 years old and going through a time-sensitive chemical process. In those cases, we delay removal of the gloves until the sample allows it. While waiting, the stinging sensation takes over the parts of the hand the dichloromethane touches—and no questions remain. Small exposure, no big deal. Some people use special, thick gloves when working with the dichloromethane. Sadly, those gloves only fit hands much larger than my own.

Using volatile chemicals and working with dangerous materials are risks I’ve agreed to take, perhaps. I find the research interesting, and I find organic geochemistry interesting. I like watching chemicals flow down the columns I create when I run samples. Just as I contemplate my decision to expose myself to dangerous substances, my column breaks when I lightly tap the glass of the pipette to settle the last bits of silica. I hope it’s worth it. No one wants to expose themselves to things like this for hours each week. I shouldn’t think while on the job—it affects my performance.

The broken glass pieces don’t hide in the hood. I pick them up, and move them to their final place of rest—the broken glass box. It has to be a box, you see, or else the janitor will get stabbed. No one is safe in the lab.

FATIMA HUSAIN B’17 does not like to be pushed down pipettes.