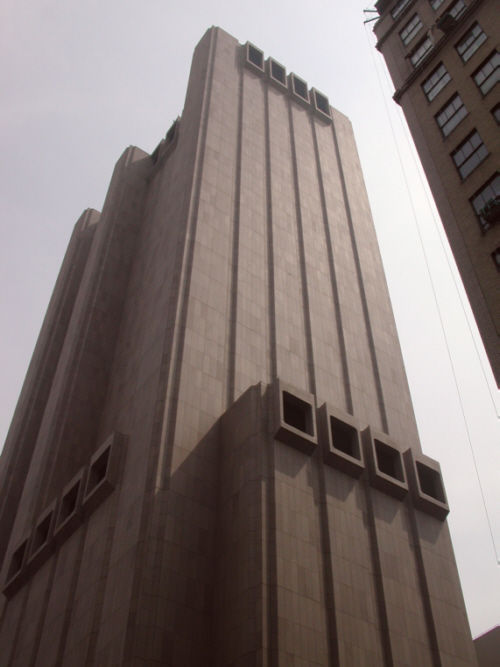 A black box is a unit, a unified system, or a discrete object which takes inputs and produces outputs but whose mode of operation is opaque. It is all exteriority, almost entirely sealed. You can’t easily see what’s inside it, you can’t quite tell how it works from the outside, and, more importantly, what’s inside it doesn’t matter and how it works doesn’t matter. These are non-issues. The sole matter of interest is that it works. (Functionalism.) 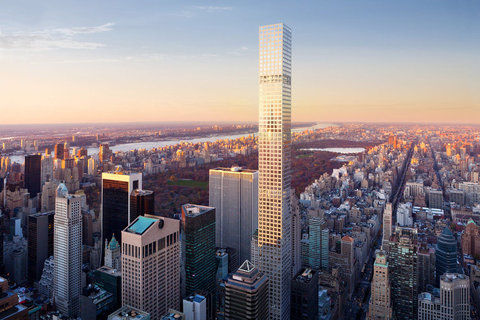 “I shall understand by a black box a piece of apparatus [...] which performs a definite operation [...] but for which we do not necessarily have any information of the structure by which this operation is performed.”

—Norbert Wiener, 1961 preface to Cybernetics: Or Control and Communication in the Animal and the Machine 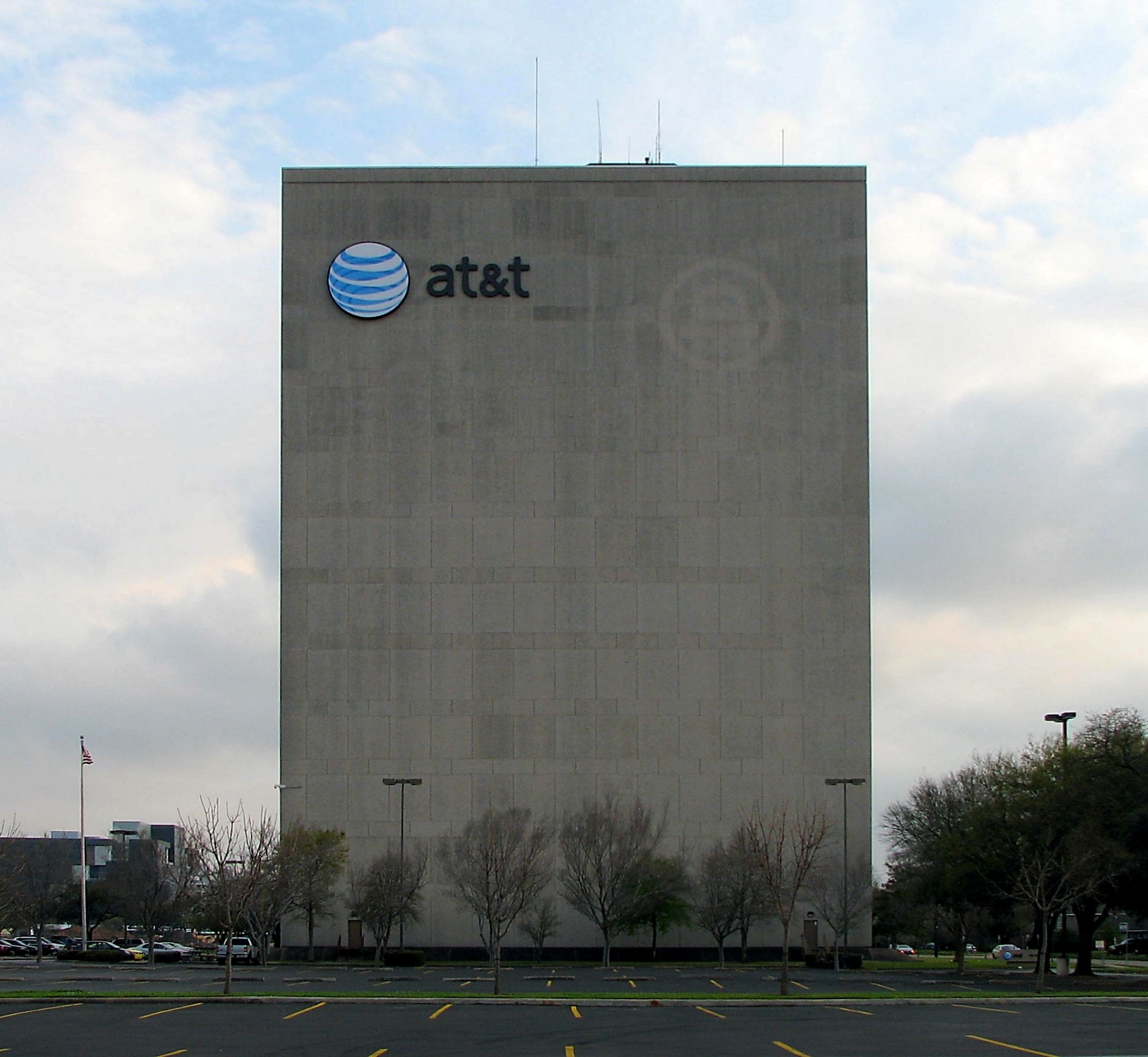 In computing, black boxes are closed-source programs and subroutines. But almost any device you can think of might be a black box. To name only the most obvious examples: a camera obscura. A Kodak camera. A television. A cinema. A tape recorder. Indeed, electronic event recorders used in aviation and other modes of transportation are commonly referred to as black boxes, built to remain totally insulated from outside conditions. Pure recording, pure preservation. 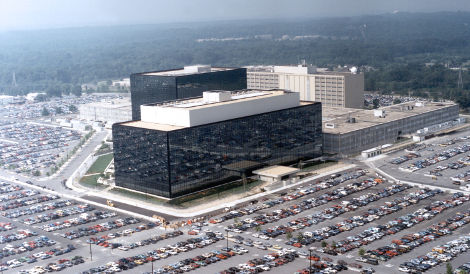 Black boxing: the way scientific and technical work is made invisible by its own success. When a machine runs efficiently, when a matter of fact is settled, one need focus only on its inputs and outputs and not on its internal complexity. Thus, paradoxically, the more science and technology succeed, the more opaque and obscure they become.” 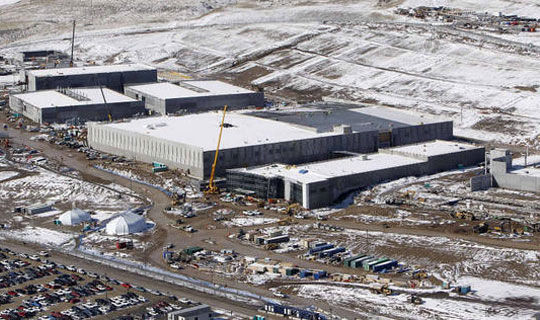 “There is no transparency without enlightenment. With the industrial revolution came the glass palaces. Life without secrets found its form in architecture. Under transparency the state loses the informational privilege that allows it to maintain itself. Black transparency is involuntary transparency.” 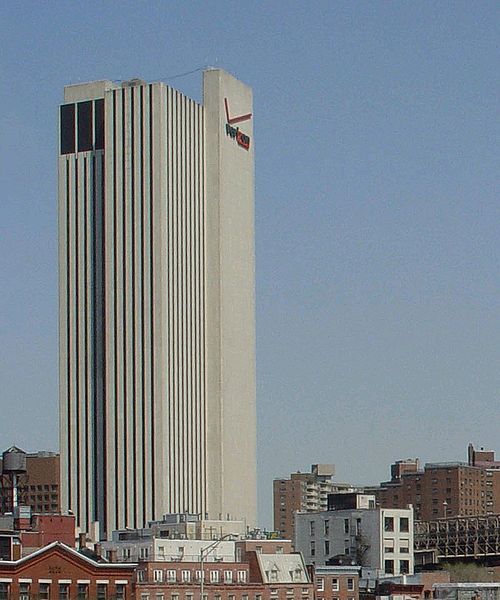 Black boxes are suspect. What conceals its own inside immediately sets itself up for denunciation by critics, journalists, intellectuals, whistleblowers, the people. Liberal democracy wants openness: open source, open architecture, open forums. The new architectures of “transparency” function like inverted black boxes—their internal systems are so exposed, so exploded, that they become incomprehensible from any position inside or out, their edges layering up to form new, incoherent opacities. They don’t appear to conceal anything,; rather, they externalize concealment, proliferating secrets. The paradoxical act of disclosure under these conditions is what the design collective Metahaven calls “black transparency.” 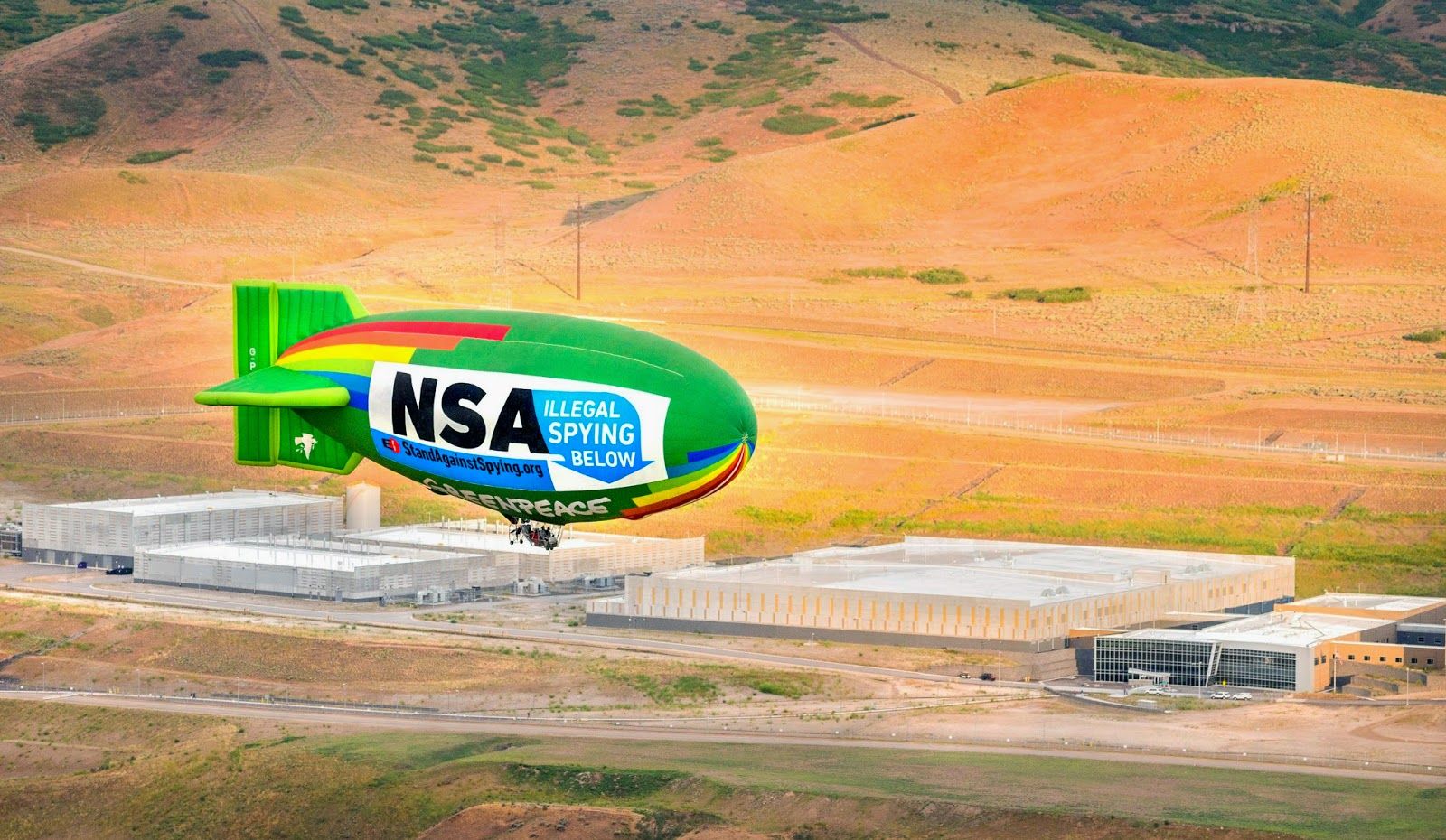 Bruno Latour abstracts the black box from its originary cybernetic situation and deploys it in the fields of social science and science studies. The production of knowledge fundamentally depends on black boxes, which Latour uses more or less interchangeably with “matters of fact”: assembled knowledge-units used as building blocks for research, as instruments and apparatuses (“reified theory”) and through processes of citation. The classical quest for transparent, immediate knowledge of the universe depends on the snowballing of opacities. 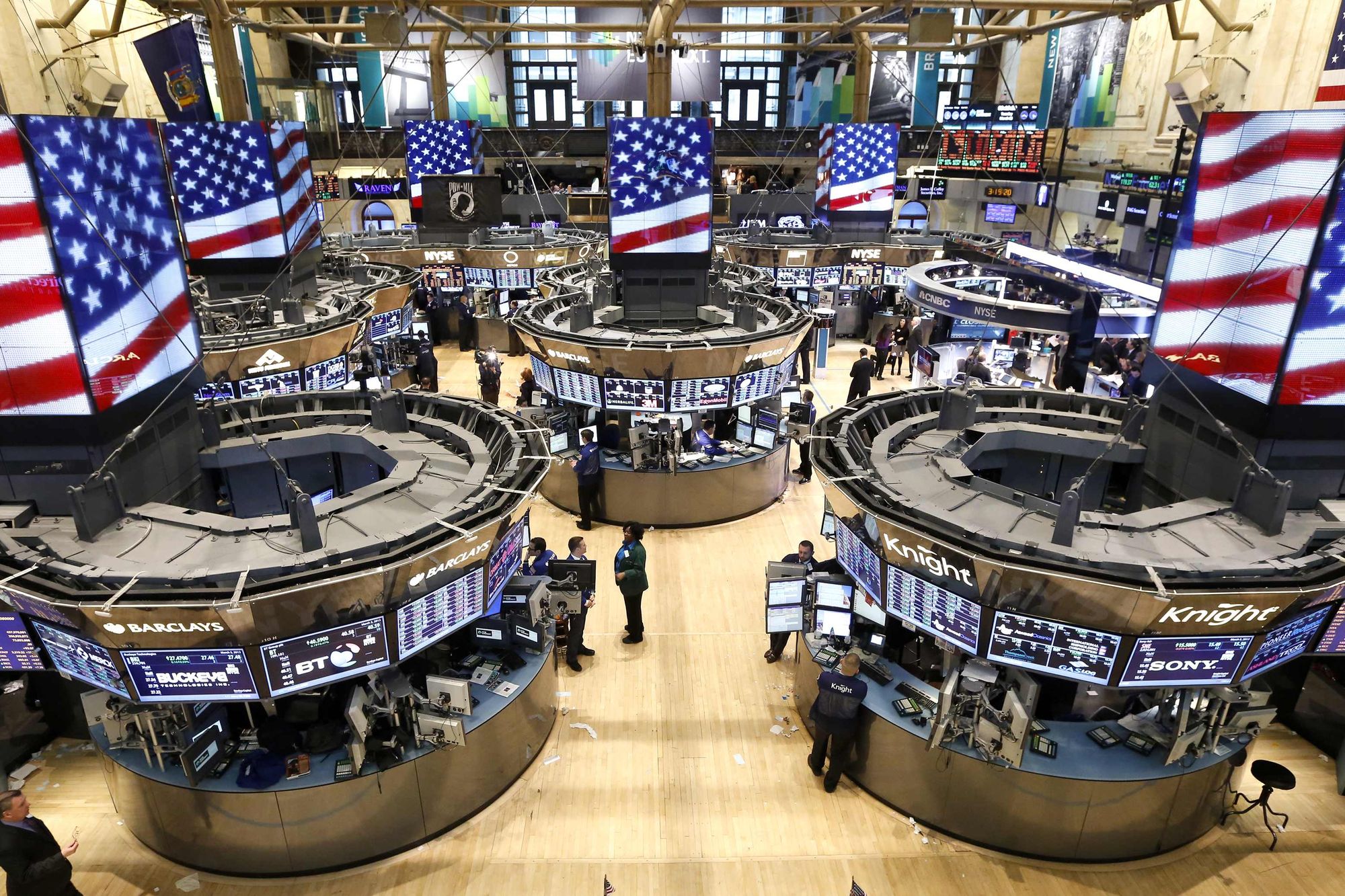 There is a hulking concrete skyscraper on Thomas Street, in the heart of lower Manhattan. Windowless, it’s lined on four sides near its base and at its crown by massive rectangular vents, in groups of four and six. The vents are the only perforations in the building’s flat, smoothed-over beige facades, which are molded on each surface by five simple indentations running in vertical lines from street-level to roof. A condensation of Brutalist design principles, 33 Thomas Street was built not for human occupation but for telecom electronics: solid-state phone switches whose constituent modules weigh thousands of tons and require high levels of security. The tower dates to 1974, when it was constructed for AT&T by John Carl Warnecke & Associates. It was known as the Long Lines Building then and is now referred to by its street address—many of its switches have been decommissioned, and much of the building now houses secure data storage equipment.

Telephone exchange buildings and other technology-infrastructural buildings have been built very differently in the past, usually loosely modeled after banking or transportation architectures. The 19th century or early 20th century telecom building is fully fenestrated, sometimes with ornate arches or art-deco niceties or even classical columns. It’s seemingly only after Modernism that we begin to see what we might call ‘black box buildings’—windowless nodes in networks of circulation and connectivity, whose insides are necessarily obscure and whose primary function is to constantly process inputs and generate outputs. (New York City is just one of many cities filled with these black boxes; in actuality, black box buildings are ubiquitous and essential in the fabric of any modern city.) Many of them, like 33 Thomas, are telephone exchanges or communications centers—in New York, take for instance the prominent Verizon skyscraper at 375 Pearl Street, looming at the foot of the Brooklyn Bridge. There are also black box buildings that translate air or water, sometimes along with electronic signals. In the vicinity of each of New York’s major tunnels, one can always spot a ventilation building or two: multistory concrete blocks, also without fenestration but with molding and vent openings that vacantly indicate a minimum of ‘architecture’ or, at the very least, ‘buildinghood.’ The striking Lincoln Tunnel ventilation buildings, shared by AT&T and the Port Authority of New York and New Jersey, stand like blind sentries at the edges of the Hudson.

The urban black box building underscores the degree to which our cities are really just massive information systems, made up of modules programmed to exchange packets of data, to control and monitor flows. Bodies are only one kind of information, alongside vapor, stocks, taxis, phone calls. If most architecture today is information architecture, built into a city-network according to maxims of usability, openness, orderliness, clarity, and so on, there are still necessarily black box programs in operation, behind or even within the contemporary imperative of ‘free information.’ They look different than those relics of the 1970s, perhaps, but what forms do they take now?

As proof of our genuine concern for privacy protection, we recently gave permission for several privacy groups to fly their little blimp over our massive data center. We would like to thank these airborne privacy pioneers for the stunning photo below of our impressive facility. By allowing harmless publicity stunts like these, we can have our data and store it too.

Boxes in a desert; Maryland in black mirrors. The National Security Agency intercepts, archives, and calculates, sequestered from the public eye, a dark reflection of Narcissus USA incarnate in the telephony and internet metadata of billions. The NSA has anesthetized the world’s informational nervous system; when its data-collection centers cut into the world’s fiber-optic arteries and cables, nobody feels it. When the Director of the NSA admits his agency has violated the Constitution’s Fourth Amendment (the right to be secure against   “unreasonable searches and seizures”), we barely even notice it. And while last week the recently passed Freedom Act forced the NSA’s hand to stop collecting domestic telephony metadata, programs like PRISM continue unhindered, and the black mirrors render witless any hope of genuine accountability from national and extranational powers.

The NSA is opaque, all surface. Born in total silence in 1952, the NSA’s inner-workings and history have only been traced by secret documents released ex-post facto and by whistleblowers like James Bamford, Chelsea Manning, and Edward Snowden. The agency, which specializes in “communications intelligence,” grew out of the military’s Armed Forces Security Agency, and then split to become a discreet entity well outside of the precedent system of checks and balances. It’s the world’s largest public institution concerned with privacy.

The NSA appears to the public as architecture, as its self-disclosed information is about reliable as a broken compass. Its headquarters in Maryland is two reflective, black cubes. Since 2013, the NSA has also operated a 1-1.5 million square foot data center in Utah, with an estimated storage capacity of three to twelve exabytes. Inside these black boxes, phone calls and browsing habits rest quantified as data on servers, waiting to be leveraged as a forensic time machine when disaster strikes.

Our private lives are spirited away when cellphones transcode speech into signal, send it flying away to our interlocutors—and to Utah. What was private becomes private once again—but this time we are on the outside. Our           information—an uncanny, digital double of ourselves—is guarded by our reflection in a black box. We are outside, but also deep within, these boxes.

The New York City skyline has gained a strange glass eye: 432 Park Avenue’s slim reflective body wavers high and proud above the rest of New York skyline at 1,396 feet. Built by starchitect Raphael Viñoly and the developer team of Macklowe Properties and the CIM group, 432 Park Avenue is the highest addition to the New York City skyline, topped only by the Freedom Tower’s spire.

432 Park’s exterior is all glass and emptiness: thousands of square windowed panels are interrupted by six sections of empty space intended to reduce “vortex shedding,” or the inevitable sway of such a high structure. Viñoly explained the unusual design, saying that, “a building that could be as tall as this needed to have a very well balanced relationship between form and the actual structure.”

But what is the actual structure of the building? While allowances for the natural forces of gravity and movement constitute one structural feature, the building was also designed around the less physical forces of finance. The size and price of each unit vary depending on the section they are in, increasing with height and culminating in a $95 million penthouse. The $1.3 billion tower boasts luxury apartments that only the super rich could consider possessing. At any given time however, one quarter of the apartments’ owners are gone; the building functions as more of a locus of investment than a living space. Money lives there, and as time goes on, the value of the space multiplies as the presence of such a concentration of high value drives up the value of the neighborhood surrounding it. As the building’s hierarchical form embodies this sort of financialized architecture, the tower elevates itself far above the neighborhood at its base. While directly impacting New York City’s image and feel, 432 Park lives somewhere else, a piece of unreal estate in a world of money and power that exists above the specificity of any one city, a slice of generic sky.

Though it could be anywhere, it is not. The incredibly conspicuous reflectiveness of the building makes an obligatory interaction with the public a key feature of its form. As Harry B. Macklowe, the developer of the tower, posited pensively to 1,500 construction workers at the topping out ceremony: “It’s almost like the Mona Lisa. Except instead of it looking at you, you’re looking at it wherever you are. You can’t escape it.”

Suddenly, in the glinting skin of the building’s tall glass body, a vertiginous relationship of watcher and watched emerges between a façade and the rest of the city. The tower’s omnipresent form absorbs the gaze of the city and throws back its own image on those who can’t escape looking. An image of power and money, of a reflector whose conspicuousness makes it impossible to see anything but the astonishing fact of its existence. It is watched, but can’t be entered; in looking, you find yourself always in the eye of a swaying glass giant who doesn’t care to look down.

ALEC MAPES-FRANCES B ‘17, ELI NEUMAN-HAMMOND B ‘18 & ATHENA WASHBURN B ‘18 are a harmful publicity stunt