The Movement for Marijuana Legalization in Rhode Island 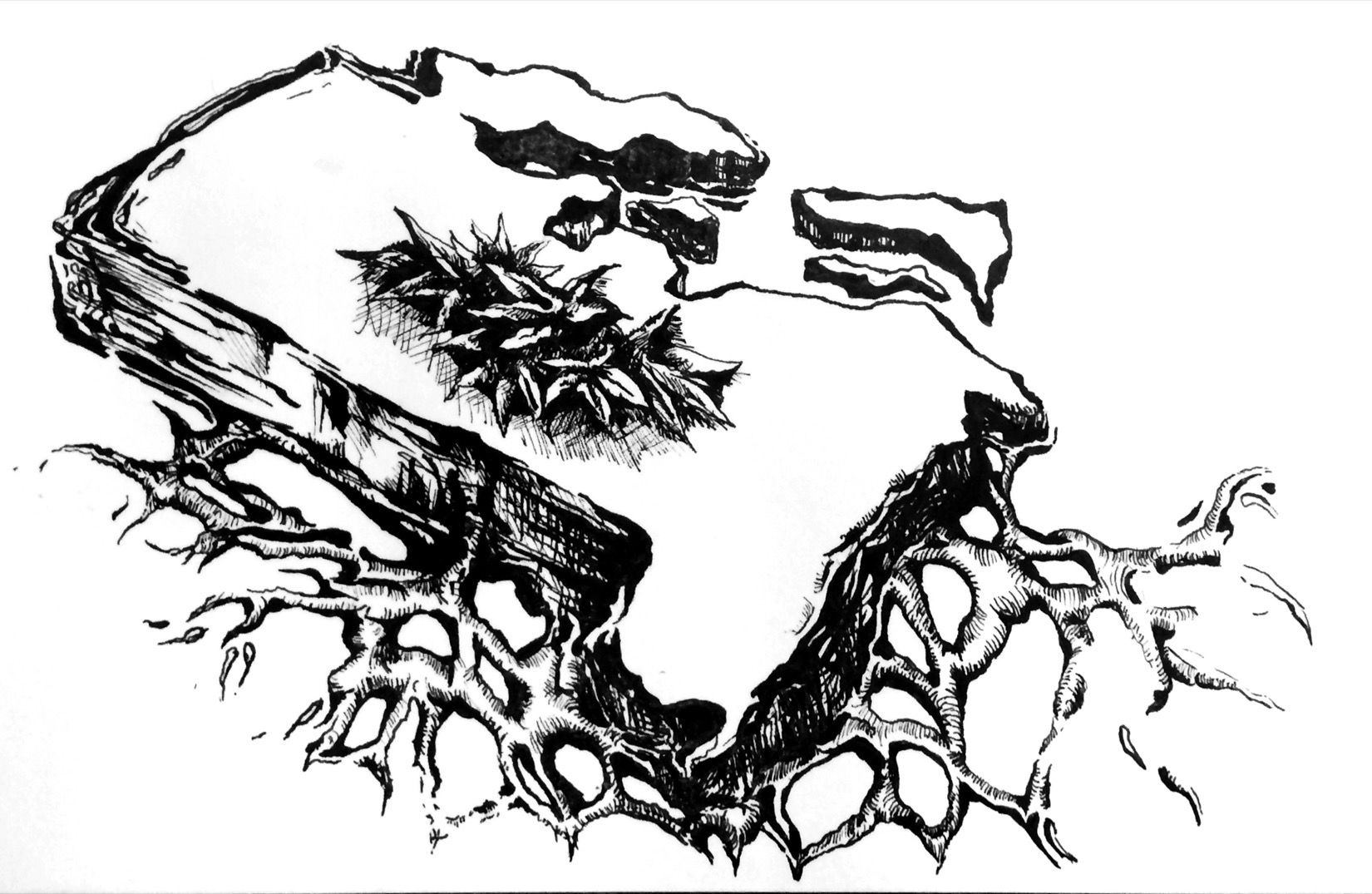 During the winter of 2012, residents of Colorado and Washington state lit up in celebration of the legalization of recreational marijuana. Images on CNN showed residents in Colorado waiting patiently in the snow to legally buy weed for the first time. Some painted their faces green and held up signs in support of the legalization laws. In July of last year, the New York Times editorial board wrote a series of articles in support of legalization, titled “Repeal Prohibition, Again,” with an accompanying animation of the stars on the American flag morphing into pot leaves.

It’s no secret that support for marijuana legalization is growing, along with marijuana’s visibility outside of stoner comedies and niche publications like High Times—it’s hard to imagine the New York Times gleefully putting together a weed American flag in any previous decade. President Barack Obama admitted in his memoir, Dreams from My Father, to smoking weed regularly for many years, and said in an interview published by the New Yorker that marijuana is less damaging than alcohol “in terms of its impact on the individual consumer.” According to a Gallup poll published in October, 58% of Americans believe marijuana should be legal in the United States.

As it remains, only a handful of states have actually legalized marijuana: Alaska, Washington, Colorado, and Oregon. Rhode Island may be next.

According to the 2012 National Survey on Drug Use and Health, Rhode Island has the highest percentage of regular marijuana users of any state in the country. Around one in eight Rhode Islanders over the age of 12 smokes marijuana monthly. In Rhode Island, possession of small amounts of marijuana has been decriminalized and results in a fine, and medical marijuana can be legally purchased to treat certain conditions, including cancer, chronic pain, and HIV/AIDS. Support in Rhode Island for marijuana legalization is about the same as it is nationally—according to Public Policy Polling, 57% of Rhode Islanders support legalization.

Over the last two years, the window for Rhode Island’s state legislature to pass a bill to legalize marijuana has repeatedly opened and closed. The Marijuana Regulation, Control, and Taxation Act, sponsored by Representative Scott Slater from Providence, includes provisions that would allow individuals over the age of 21 to legally possess and cultivate personal amounts of marijuana, would establish a system of taxation and licensing for businesses growing and selling marijuana, and would prohibit smoking in public. The legislation has repeatedly been introduced and debated, but in the last session of the State House, which ended in June, the bill did not even come to a vote.

In spite of growing support for legalization, opposition is still strong. In a letter to Rhode Island’s House Judiciary Committee in April, Attorney General, Peter Kilmartin, wrote, “I do not believe that the societal costs and the damage to the future of our youths are worth any kind of anticipated revenue” from taxes.

Revenue is indeed one of the most enticing prospects of legalization for many state officials. According to data released by Colorado’s state government in October, monthly sales of legal marijuana had exceeded $100 million. According to the Marijuana Policy Project’s estimates, Rhode Island could raise $58 million per year with the taxes proposed in the legalization bill. Jared Moffat, director of Regulate Rhode Island, a coalition of 30 organizations that support the bill, says that this year is the time to act in order to maximize economic benefits. With legalization likely in Massachusetts and Vermont in 2016, Rhode Island may miss the opportunity of getting big investors in marijuana businesses and increased tourism revenue first. “Rhode Island citizens will cross into Massachusetts for legal marijuana. But if we legalize first, it’ll be the other way around,” Moffat told the College Hill Independent. Peter Kilmartin’s words, however, reflect worries about legalization—increased prevalence of drugs, high rates of addiction, and drug use among children.

Indeed, the threat of the societal costs of legalizing a drug weighs on many. Stories have surfaced in local and national press about children in Colorado accidentally ingesting marijuana-infused edibles. Reports from the Rocky Mountain High Intensity Drug Trafficking Area, a branch of the federal government’s office of National Drug Control Strategy, showed an increase in marijuana-related emergency room visits from 179 to 248.32 per 100,000 residents in Colorado between 2012 and 2013, the first full year of legalization. Unlike many other drugs, however, a fatal overdose of marijuana is essentially impossible. Excessive drinking of alcohol, which is legal in all states, is responsible for one in seven deaths in Colorado, above the national average of one in ten, according to a 2014 CDC report.

Marijuana may not cause liver failure or have fatal withdrawal symptoms, but claims that marijuana is merely psychologically addictive and not physically addictive—lacking the severe physical withdrawal symptoms of alcohol or opiates—downplay the importance of responsible use. In the article, “Of Course Marijuana Addiction Exists. And It’s (Almost) All in Your Head,” published on Substance, an online publication that reports news on addiction and recovery, Maia Szalavitz asserts that most drug addictions are in fact largely psychological. After all, many medications for depression and high blood pressure also have severe, even fatal withdrawal symptoms, but “because they don’t produce a high, you don’t see people robbing drug stores to get them.” While it’s true that marijuana may be less addictive than crack cocaine or heroin, it can still worsen habitual users’ lives in insidious ways. “Marijuana addiction may quietly make your life worse without ever getting bad enough to seem worth addressing; it may not destroy your life but it may make you miss opportunities,” Szalavitz adds. The success of legalization partly depends on how well-equipped states are to address issues of addiction and safe substance use.

In an email to the Indy, Amy Kempe, Public Information Officer at the Office of the Attorney General, wrote that “the criminal justice system has a role to play in combating drug addiction,” citing the Adult Drug Court’s programs that provide offenders with substance abuse treatment.

Jared Moffat characterizes Attorney General Kilmartin’s view as a reflection of the War on Drugs-attitude that arose in the ‘80s, an attitude that he says has failed to reduce addiction or weaken violent drug cartels. “This is true of most people who raise these concerns, that they think prohibition has reduced the availability of drugs, and legalization will open Pandora’s Box. But the box is already open, and opposition to marijuana itself is not an argument against legalization,” Moffat said.

Moffat believes that regulating marijuana would actually prevent problems like availability of marijuana to minors. “Ask any high schooler now where to get marijuana and they can tell you. Drug dealers don’t care if you’re a child, and don’t ask for IDs. You can have regulated businesses accountable to the community or you can have drug dealers.” Legalization is predicated upon accepting that marijuana use exists and will never disappear, regardless of anything law enforcement tries to do to stop it. The acceptance of this principle with alcohol is why liquor is taxed and regulated, rather than sold on a black market. Moffat imagines a world where marijuana is treated like alcohol, including labeling the potency levels of marijuana and products in which it is an ingredient.

The criminal justice system is still primarily how the government addresses drug problems both locally and nationally—the same drug war strategy Moffat criticizes. According to the ACLU, 88% of the 8.2 million marijuana arrests between 2001 and 2010 were for possession. The racial disparity in these arrests is significant. Again according to the ACLU, black people are 3.73 times more likely than white people to be arrested for marijuana-related charges, in spite of their slightly lower rate of marijuana use. This racial disparity also increased between 2001 and 2010.

Such disparities persist even with changes in laws. In Rhode Island, possession of up to an ounce is currently decriminalized but still results in a fine of up to $150. Because a marijuana possession fine is treated as a traffic ticket, not paying can also result in having a driver’s license revoked. And anyone unwilling or unable to pay this fine may still end up with a criminal record, privileging those who can afford to pay. A criminal record can result in lost employment opportunities, among other disadvantages, creating a vicious cycle of disenfranchisement. As an individual’s criminal record builds up, the penalties they receive become harsher. According to a study from the Sentencing Project, an organization that collects data on incarceration and advocates for sentencing reform, there are about 20,000 to 30,000 people in prison for selling or possessing marijuana, nine out of ten of whom have no history of violence.

To address this uneven enforcement of marijuana laws, Rhode Island’s legalization bill would allow individuals with a criminal record to retroactively expunge anything made legal by the new marijuana laws. The Rhode Island NAACP, Direction Action for Rights and Equality, and the Univocal Legislative Minority Advisory Commission are all members of Regulate Rhode Island and support the bill. Speaking to the Indy, Rhode Island NAACP President, James Vincent, characterized marijuana legalization as part of a larger effort to end racial disparities in law enforcement. “We see this as a social justice issue. Communities of color and particularly black communities are targeted by police and incarcerated. We hope the law would make a difference in healing broken lives, broken families, broken communities.”

A CNBC article published in April refers to new legal marijuana companies as “start-ups,” using the language of the overwhelmingly white and male tech industry. The article goes on to describe former Microsoft executive Martin Tobias’ investments in marijuana real estate, apps billing themselves as “the Uber for pot,” and former Silicon Valley workers turned “marijuana connoisseurs.” As marijuana becomes a legitimate industry, the most publicized leaders are overwhelmingly white men. This year the International Business Times published a list of the 20 most influential people in cannabis, which included advocates, researchers, and entrepreneurs. The article described Wanda James, marijuana entrepreneur and director of the Cannabis Global Initiative, as “one of the few black women in an industry heavily dominated by white men.” James cited her brother’s decade in the criminal justice system for “$120 worth of weed” as her primary motivation. The one other black person who made their list was Snoop Dogg.

Support for legalization in Rhode Island is strong, and activists have pushed the state government to respond. Yet in the legislature’s last session, the bill never got a vote and the Senate President and Speaker of the House made no statements on the issue, in spite of their constituents’ widespread support of the bill. In April’s Judiciary Committee debate, more than 30 people testified in support of the legislation. That there’s been no response to this movement from the legislature’s leaders, even in opposition, seems strange. While it’s true that legal marijuana is still somewhat of an experiment being taken on by a handful of states, it’s also an issue with little chance of disappearing in Rhode Island until directly addressed.

JANE ARGODALE B’18 is a budding reporter