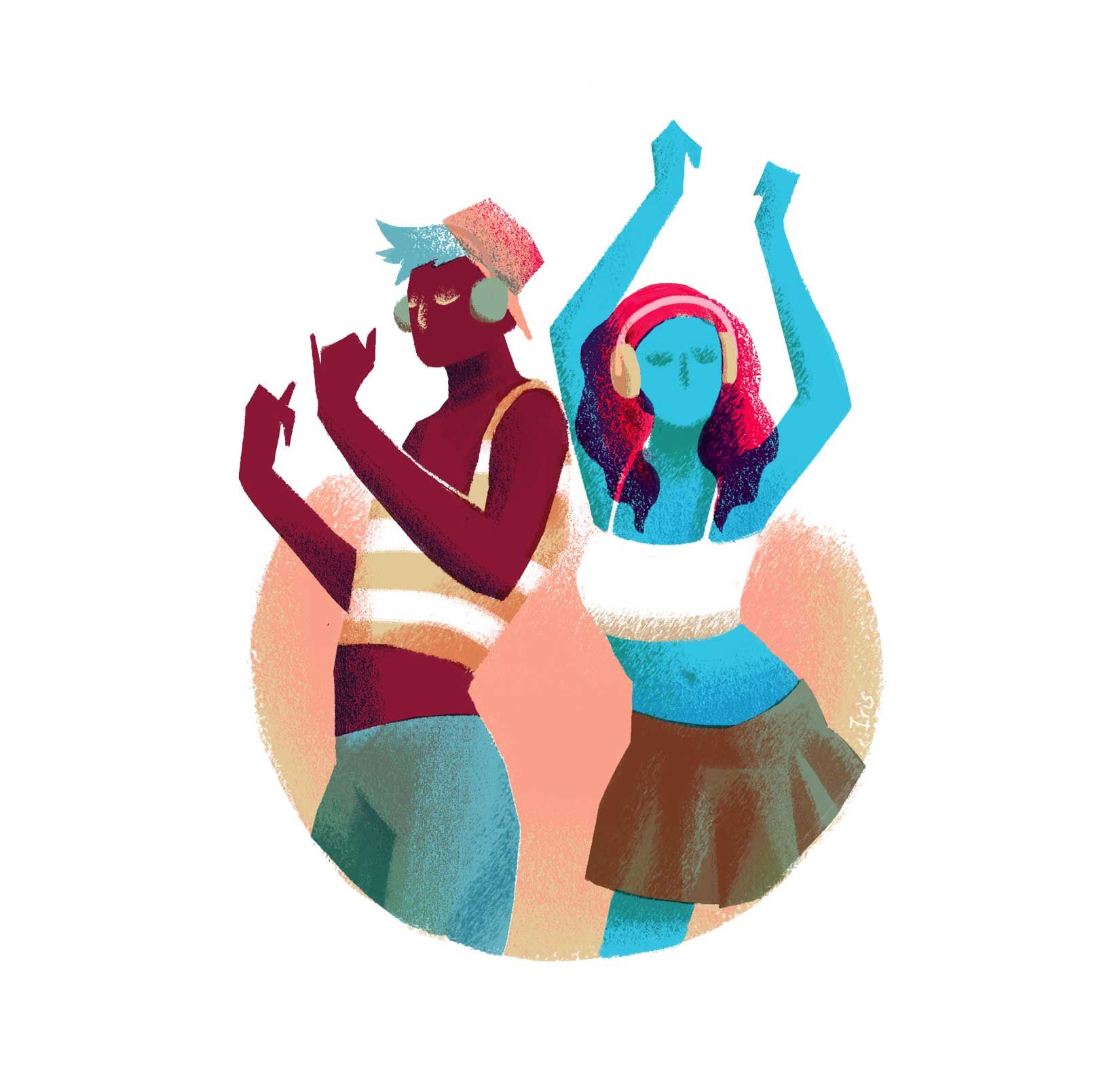 [a man screams; pulsing kuduro drums begin falling from a

digitized Iberian Sky, they reverberate against

[the cry multiplies, sonically and socially, breaking down and

the sound of Lisbon, organized and

The scream is the refrain of “A Própia,” a song by DJ Marfox and DJ Nervoso, two pioneers of the burgeoning dance music scene in Lisbon, Portugal. The “AHHH!” skewers a relentless rhythm typical of Portuguese dance music, cascading 4/4 kuduro percussion imported from Angola and digested by Lisbon-based DJs. Marfox and Nervoso are examplars of a wave of young musicians working with new “sounds, forms and structures with their own set of poetics and cultural identity.” So reads the website of Príncipe Discos, the record label under which this group of young musicians crystalized in 2012. The website’s blurb continues to explain their dedication to “releasing 100% real contemporary dance music coming out of this city, its suburbs, projects & slums.”

The music released on Príncipe defies its categorization under one genre or another. There is no name for this music. It’s not kuduro, kizomba, or grime, although these genres can be heard as a kind of sonic palimpsest in Lisbon’s new sound; rather, it is Lisboan, it is Portuguese, it is a translation of a very particular identity. For Príncipe, the local conditions that have shaped their sound are critical. Most of the artists on Príncipe are not conversant with electronic music produced outside of Portugal and its former colonies, like Angola and Mozambique. Many of their studios are rooms in ghetto housing projects; the tradition is alive, in their neighborhood, next door, around the corner, blasting out of car stereos.

Paradoxically, the locally-rooted music Príncipe releases is only possible because of a global economy and digital network that has democratized the means to produce and disseminate music. In a 2014 feature in Resident Advisor, Príncipe founder Pedro Gomes explained that Lisboan dance music emerges from a very particular history, and it’s only because of new technology that this history has metamorphosed into music: “This music has been brewing for centuries, through the slave trade, through immigration, and now through digital technology […] you can finally translate all these centuries of rhythmic advancement.” Príncipe is the beautiful, unexpected confluence of a hyper-local community with technology only accessible because of a globalized (but not global) world. The local, today, only begins in the shadow of the global, which is a fictional unity woven by things like our ever-expanding Internet, a massive international stock market, and an art world that supposes a traversable, common forum where there is none. Products from local communities such as Lisbon’s music disclose the fractures and distances simmering under the surface of our fragile globe. And now, the music crafted in this discrete sphere is travelling back along some of the global threads that have conditioned its possibility. The circle is, if not complete, in motion, and Lisbon’s music is igniting dance parties cross-continentally.

To understand Lisbon’s music, you need a map and a history book. While Lisbon’s urban center is home to just over a half a million people, its metropolitan area houses more than 2.5 million and is more than twenty times larger in area. This urban overflow can be traced back to the influx of immigrants following the dissolution of the authoritarian Estado Novo regime in 1974. On April 24 of that year, the Portuguese Armed Forces Movement placed carnations in the muzzles of their guns, signifying that the dictatorship established by António de Oliveira Salazar had been dissolved without a single shot fired. Suddenly a long-siloed Portugal opened to a world in which interconnections had multiplied exponentially since Salazar assumed power in 1933. Internal friction between radical leftists and liberal democrats ensued following the revolution, and it took several years for a democratic government to take root. Because of political instability, recession in Europe, and the return of hundreds of thousands to Portugal from its former colonies, the country suffered an economic crisis. Many ex-colonies of Portugal burst into civil wars, and the nation was inundated with new migrants. They overflowed Lisbon’s urban center, pooling outwards. City planners rushed to build large-scale housing projects away from the city’s center, but without public transport infrastructure to bridge these satellite ghettos to their locus. In the words of Pedro Gomes, “The level of separation was extreme[.…] We didn’t do ghettos the way New York City did ghettos, the way London did council houses. We put these people in the middle of fucking nowhere, sometimes with no roads to connect them to civilization. Far fucking away. And 40 years after the revolution these people are still isolated.”

The DJs’ social and political isolation is integral to the unique sound seeping out of Lisbon, along with some of the distinct standards in its music scene. Many of the DJs’ names (DJ Fofuxo, DJ Lilocox, DJ Olifox, DJ Nigga Fox, etc.) playfully honor their figurehead DJ Marfox and express their roots in a proximate locality. None of this is self-conscious differentiation from other communities; it’s the product of a culture that has grown up all its own, on Lisbon’s outskirts. There is a difference, however, between paying respect and ripping off someone else’s style or sound. In DJ Lilocox’s words, “People will stop talking to someone just because a song he did is imitating too much someone else’s style.” Marfox: “I want to have an impact, and for people to go along with the distinctive style, and for people to be like, ‘That’s one of a kind. I’ve never seen that before.’”

But while Lisbon’s DJs put a premium on original content, they share certain forms that add coherence to their releases. One trope in Príncipe releases is the use of a DJ drop as instrument. On Nidia Minaj’s “Afro,” her name sounds off like a mantra, echoing into silence: ni-dee-ah meh-naj, ni-dee-ah meh-naj, ni-dee-ah meh-naj. Many songs on DJ Nigga Fox’s release last year are punctured by many a rumbling fox! A collaboration featuring DJ Olifox distorts his name in bombastic trance: oliFOX! oliFOX! oliFOX!. Since Príncipe’s music is without name, these utterances of artistic identities serve as proxy for a musical lineage and locates the sound in the landscape of Lisbon’s music community. They aren’t identifying themselves according to the matrix of artists and genres that live together on digital platforms like Spotify and Soundcloud; the spatial and temporal scope of such platforms creates a taxonomy of sound (#hiphop or #austin or #70s). Lisbon’s DJs are unconcerned about having a spot in this global music scene, and as such, the musical vocabulary of listeners outside of Portugal has proven insufficient to describe the music. For example, at a festival with a bill that brought together DJ Nigga Fox and DJ Marfox with Chicago footwork pioneer RP Boo, the latter remarked: “I don’t know where you guys came from, I don’t know what this is… but this is some of the best music I’ve heard in my life.” Or SPIN writer Phil Sherburne: “it might be the waist-windingest music I’ve ever heard.” That might be the waist-windingest description I’ve ever heard.

Even though the sound of Príncipe is the sound of Lisbon’s periphery, it’s one that wants to spread to new places and new ears. It can take two to three hours to traverse Lisbon, and the music being made on the outskirts of the city has helped connect the different bairros. In 2006, DJ Marfox, DJ Nervoso, DJ Jesse, DJ Fofuxo, and DJ N.K. came together to release “DJs Do Guetto”: the tape was an instant hit, and marked day zero for the new Lisboan sound. When Príncipe was founded in 2012, it began hosting monthly parties at which the DJs showcased their music to people who were barely aware of the communities outside of the urban center. Soon, many of the DJs’ friends from the ghettos started came to dance. Gomes explains the Noite Príncipe parties are always getting more plural: “More and more heterogeneous, white kids dancing with white kids, black kids dancing with black kids, white kids with black kids. You know? Everybody’s dancing together. People are getting laid. People are enjoying themselves, enjoying each other. Sometimes it’s palpable how happy everyone is.” Now many Príncipe artists are regulars on the European DJ circuit. DJ Firmeza, one of the descendants of the originary DJs Do Guetto explained to Dazed Digital that even though the guetto was a part of their group’s name, their music is inseparable from a desire to bridge the ghetto to other communities: “It can be from somewhere but it can expand way beyond. It was born here: it doesn’t have to die here. If my music was on TV tomorrow, would you still call them ghetto beats?”

Music is pride in Portugal, an effusion of positivity from a torn and violent backdrop. Today, Portugal is one of Europe’s poorest countries, in large part due to excessive loans from the IMF and other supposedly supportive global organizations. Economic frailty continues to shape daily life in Lisbon’s peripheral communities, and since the 2007 crash, more than 400,000 young people have fled the country of ten million, leaving a crater where the middle class used to be. A chasm has developed between Lisbon’s impoverished and its wealthy. The upper-class and tourists in Lisbon rarely travel to the ghettos where the DJs live and make their sounds. So even though this music bridges the gap, it’s the musicians who are building the bridge. While DJ Firmeza was optimistic about the migration of “ghetto beats” out of the ghetto, there remains the question of who will carry the flag. Whose history will this be?

Even though the music is tightly bound up with life in Lisbon, one can hear the noise of the global symphony in which Lisbon is just one movement. For instance, Marfox, the name that spawned the local preponderance on ‘fox’es, comes from the SNES-age video game Star Fox. And while the DJs’ music doesn’t directly reference the tradition of electronic music, it occasionally samples Hollywood movie soundtracks and other media that permeate global pop culture. Lastly, the DJs use a ‘00s era software called Fruity Loops to compose their music. This was popularized in the scene by DJ Nervoso because of its relative simplicity. These traces of alterity within Lisbon’s music scene make visible a global system outside of it, shaping the sounds through varying degrees of separation.

In a 2014 interview with Pitchfork, Richard D. James (a.k.a. Aphex Twin, user18081971, AFX, among other stage names) lamented the loss of “uninfluenced” music genres like jungle. “[It] was a separate world,” he said. “But that world doesn’t exist any more. It’s all merged into this global Internet world. It’s a real shame. I really don’t like that. But that’s just globalization. It’s got good sides as well. But scenes aren’t allowed to develop on their own any more. Everyone knows about everything.”

Príncipe offers a counterpoint to James’ argument, demonstrating the continuing power of particularity in a world that often effaces difference in the name of a global community and equality. Its music expresses important histories, recuperating them from the global time/space mush that threatens the intimate—but even then, they still desire and manage to share their music with the world.

ELI NEUMAN-HAMMOND B’18 simmers under the surface of our
fragile globe.