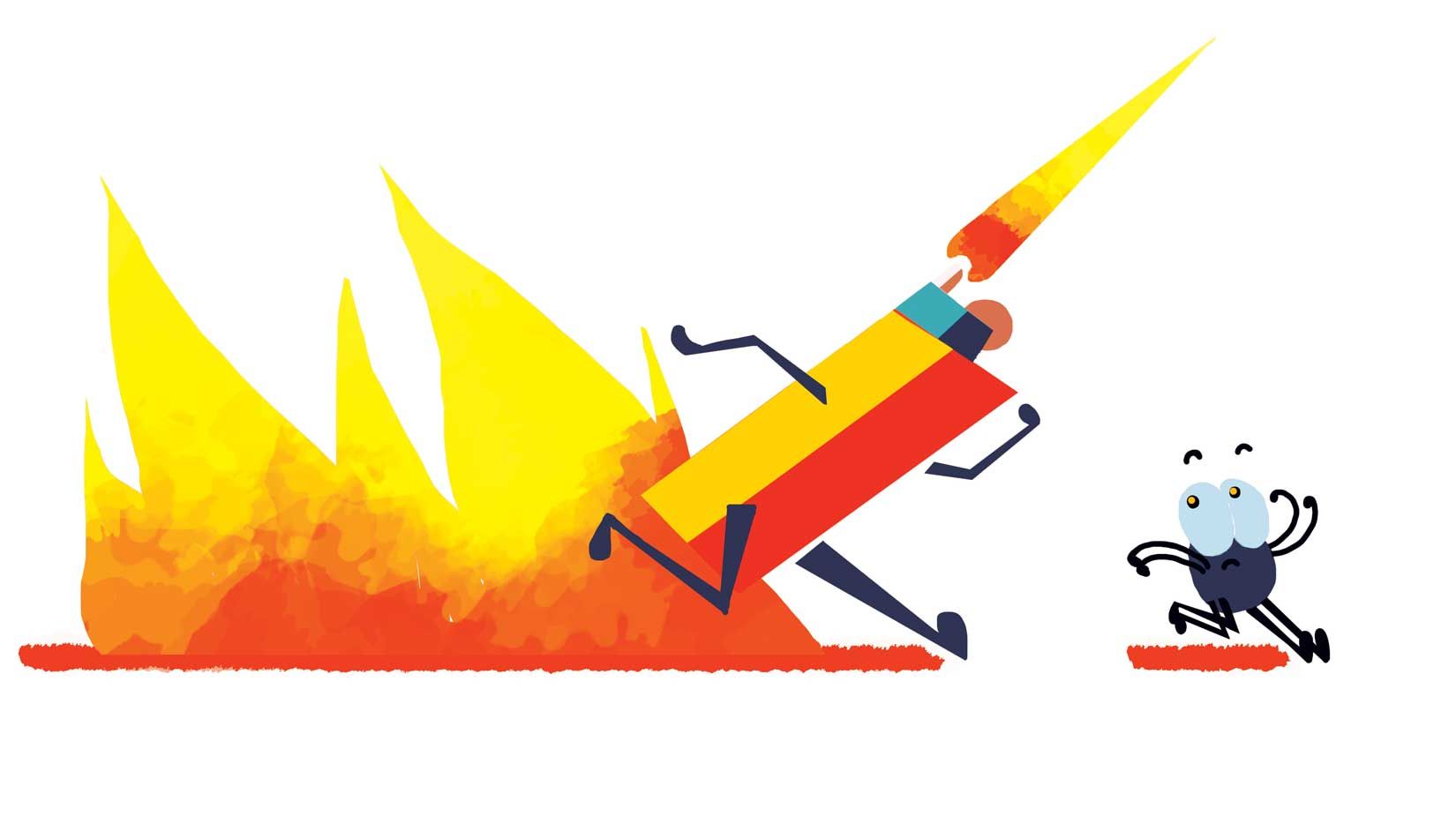 You’re done with One Fish, Two Fish, Red Fish, Blue Fish. If we’re being real, you were done by two fish. Your buddy Nathan continues to lick the ink from his highlighter. Tina circles a lazy finger inside one nostril while locking her empty gaze on the clock. You can only cringe.

It’s hard being in first grade, yes. You yearn for the freedom of expansive blue skies and the rush of wind through the locks of your bowl cut. What could better lighten my somber disposition than a lively game of kickball or tag? you muse as the recess bell approaches.

Alas, long-gone are the days of noble grass stains and scraped elbows at recess—or so it seemed for Washington state’s Mercer Island school district. This week, the district received national attention for banning the quintessential childhood game, tag, as a part of a broader policy change mandating that kids “keep their hands to themselves” during all unstructured play times.

The district called the policy an attempt to “ensure the physical and emotional safety of all students.” They reasoned that their playgrounds could be cleared of any further “isolated instances” of injury by replacing tag with less violent activities, including “a new form of tag-like running games”—which, of course, wouldn’t involve any tagging and might be more appropriately called just “running.”

Hundreds of indignant parents quickly gathered in protest of the decision that was made without their input via a Facebook group called STAR MI (Support ‘Tag’ At Recess in MI). They argued that what their kids need is not a stifling safety blanket but rather the opportunity to be independent on the playground and get over a goddamn knee scrape or two.

“I played tag. I survived,” one parent remarked. Another mom added: “I totally survived tag. I even survived red rover, believe it or not.” Parents also cited the need for child-led games to be encouraged in a country where only one out of three kids is physically active each day.

The district reversed its decision within a few days of the virtual frenzy, assuring the community and nation at-large that tag “as we know it and have known it” is back in Mercer Island. But one question remains: 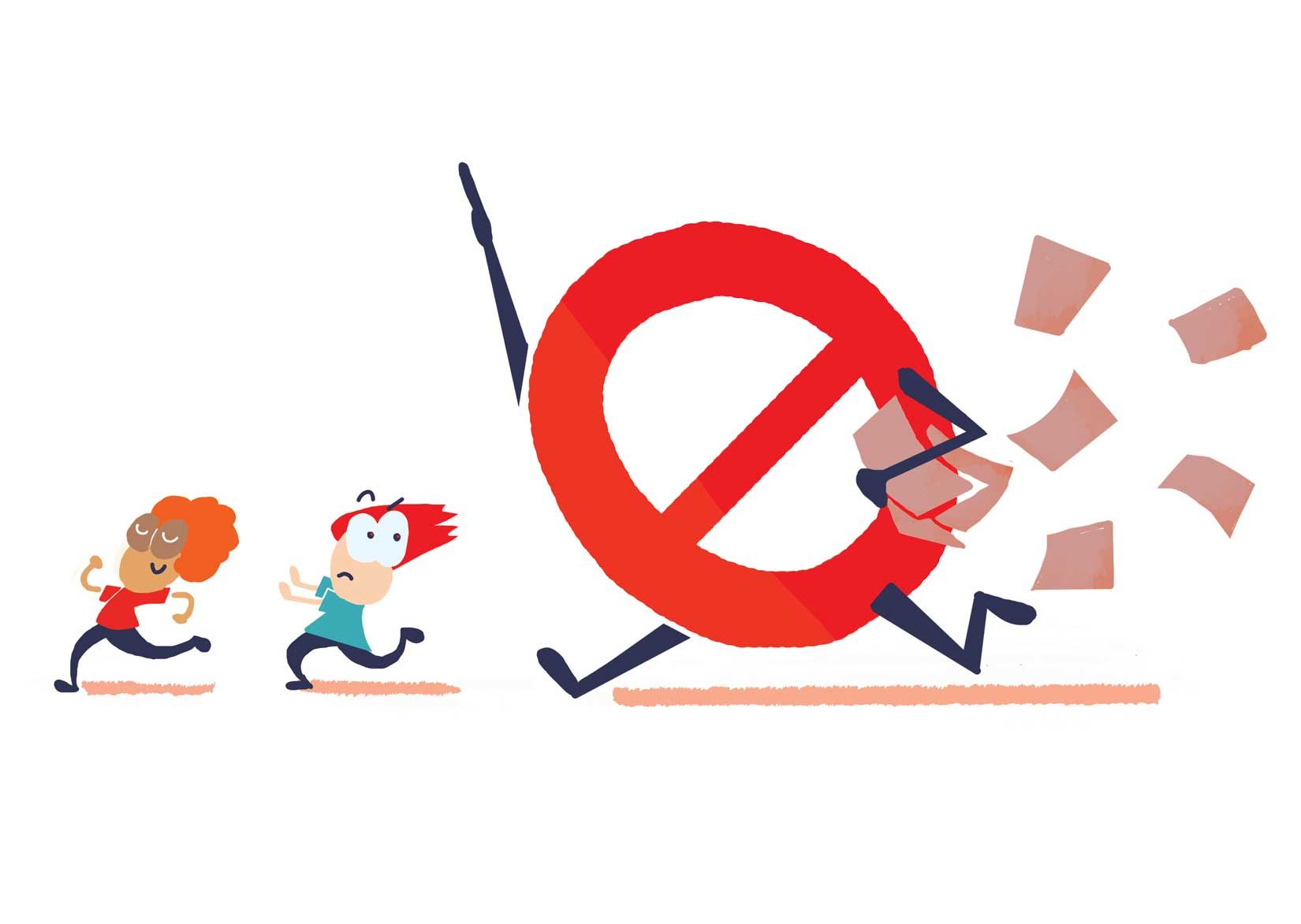 A Slice of Heaven

Late last week, Pope Francis I visited New York City for the first time. It was stop number two on his list of important locations, although given that the news of his impending pop-rock-sermon album dropped the same day, it might be more apt to call it the first stop on his US promotional tour. He drew crowds of almost 90,000 adoring fans, who lined up for hours along the mile-long stretch of Central Park in order to catch a glimpse of his small, white-robed figure waving from atop his open-air Popemobile.

Almost the same level of reverence was afforded to another figure this week—one who captivated the Internet and gained the love of a city. It was just another slog through an afternoon commute when Matt Little saw a rat dragging a slice of cheese pizza down the subway steps. The pizza was large—at least twice as big as the rat—but the rat was determined. It made it down four steps at breakneck speed; even a 180-degree slice reversal didn’t stop it. People hailed the scene as “the most New York thing that has ever happened.” Adoring fans drew strength from the rat’s perseverance, seeing signs of their own struggle in its unwieldy burden. And thus, a star was born.

As one reverent New Yorker so eloquently put it, “At the end of the day, aren’t we all this rat? Trying to get some cheap food in this expensive city and get home without delays on the L?” Aren’t we, indeed. Last week, a city called out for guidance and support in the face of life’s obstacles. And last week, that call was answered—for man and rat alike.

Haven’t we all been there? Center Line on a September night, windows down. Drive down Van Dyke Avenue, take in the surroundings: brickwork, concrete. Glance down at the speedometer, you’re cruising, a nice 47. Glance at the fuel gauge. Well shit! You filled up the tank just a few days ago and you’re already running low. You drive for a few more minutes, maybe you can get where you’re going? No, your sedan eats up gas like your sister guzzles buffalo wings on game day. You pull into the Mobil station at the corner of Van Dyke and 10-Mile. Self-serve, you turn the car off, step up to the pump. You choose regular. Insert nozzle.

Fortune is not on your side this eve! A spider, small but undoubtedly eight-legged sits menacingly on the side of your vehicle, triggering your acute arachnophobia. You, ever the brave of heart, grab your closest weapon, a lighter, with which to battle the wild arachnid. Not only do you eliminate the beast, you send the entire pump up in flames with it. Woe to the man who mixes gas and fire!

Such was the case for a Detroit man last Tuesday. While filling up the tank he spotted a spider climbing up towards it. The best way to rid himself of the creature: torch it with his cigarette lighter. In a video caught on the station’s CCTV, the man can be seen bending down to examine the spider before pulling out his lighter and holding it up to the offending species. Dommage pour vous.

Susan Adams, the employee on hand at the time of the accident, quickly pressed the automatic stop button and called the Center Line Fire Department. The motorist, immediately realizing the error of his ways, grabbed the closest fire extinguisher to address the blaze. Both man and car left the scene unharmed. In an interview with Fox 2 Detroit, Adams says “stupidity, that’s all I would call it.” We would have to agree.