Vultures on the Island

In Defense of Debtors 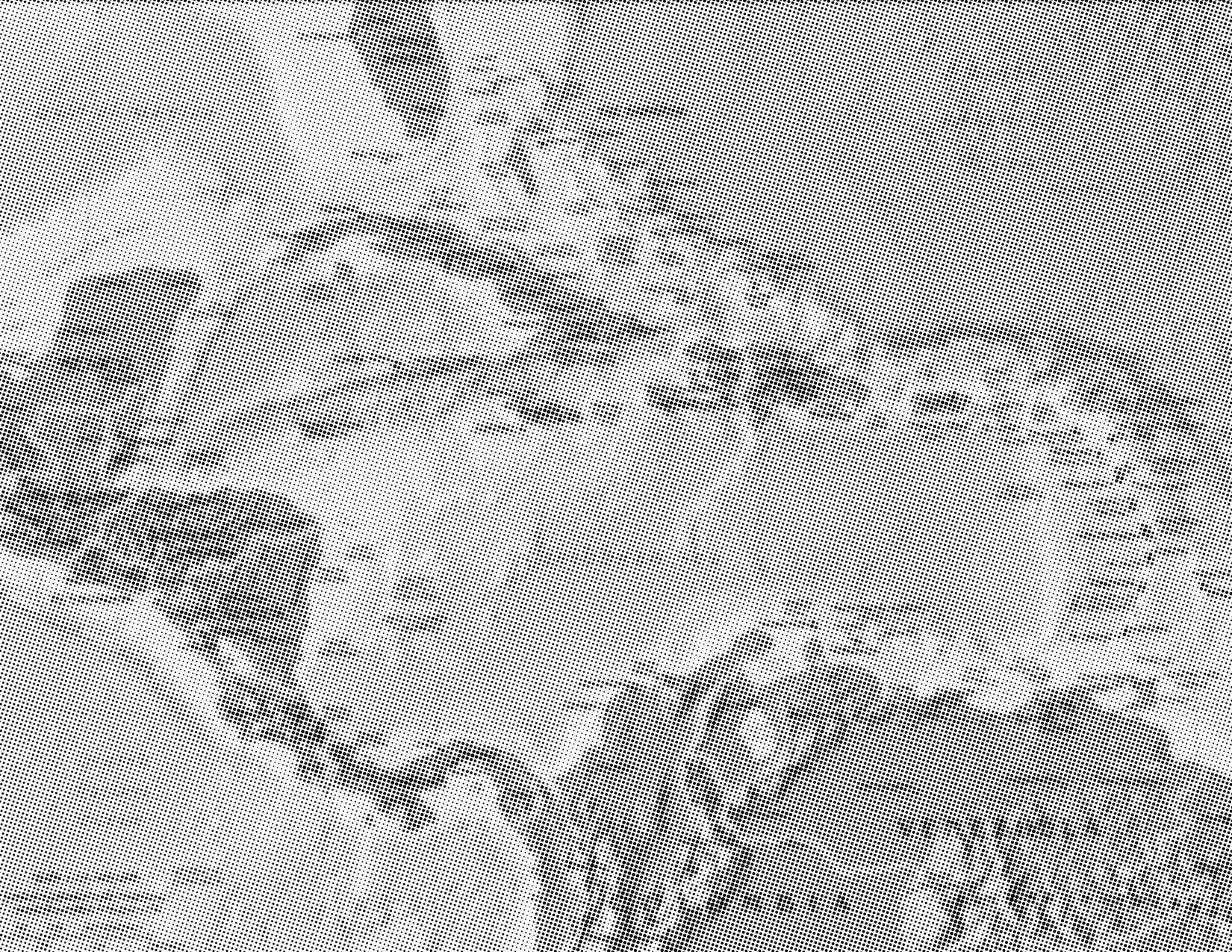 Few concepts in Judeo-Christian theology are as emancipating as the Jubilee year. Celebrating the end of seven sabbatical cycles, each seven years long, the Jubilee year represented a radical restructuring of social and economic relations in the Israel of biblical times. Slaves were freed, estranged family members were allowed to return home, and citizens could affirm their right over the land they worked and lived in. Most importantly, all outstanding debts were forgiven. The sounding of the Jubilee trumpet on the fiftieth year was an act of collective redemption, a recognition of the past sacrifices, a call for good faith, and cooperation as a manifestation of God’s mercy.

The lessons of this biblical tale go beyond Sunday school in a time when financial debt outpaces global GDP growth and triggers financial meltdowns around the world. Increasingly, economists and political actors refer to unpayable debt and its toxic corollaries as one of the defining issues of international politics. Iceland recently responded to crippling debt by having its own Jubilee, the subject of a recent NPR podcast, in which the government taxed hedge funds who bought dissolved bank assets to pay down citizens’ rapidly inflating mortgages. Beyond this arctic experiment, a wide range of public intellectuals—from anarchist David Graeber to neo-Keynesian economist Joseph Stiglitz to socialist Yanis Varoufakis—have banded together in a transnational front against contemporary manifestations of debt peonage.

On September 10, delegates to the United Nations approved a resolution that set out nine principles for restructuring national debts. The non-binding resolution sets terms for more equitable renegotiations of financial obligations and asks creditors and debtors to “act in good faith and with a cooperative spirit.”

Stiglitz, who worked on the resolution, explained in The Guardian why the world needs international rule of law for resolving debt crises. He points out that creditors often cause negative-sum results by forcing flailing democracies to impose austerity measures that undermine their ability to make the future payments. In a 2009 UN Report, he advocated for binding mechanisms to check the power of distressed securities funds—often called ‘vulture funds’—and curb their practice of lending at usurious rates to near-default countries to then seek repayment guarantees through judicial means.

Though non-binding, the UN vote may herald a shifting tide in favor of debt sustainability. Wall Street banks may be concerned about how global regulation could mean cuts to their profit margins, but they do not need to look beyond America’s periphery to soften their losses.

“In 2013, a column in The Economist dubbed Puerto Rico the “Greece of the Caribbean.” At the time, the island—a US territory—had been in the economic doldrums for 15 years and sending migrants to the mainland in unprecedented droves. The storm was already looming over the horizon, but it morphed into a hurricane when Governor Alejandro Garcia Padilla declared the $72 billion debt unpayable on June 28.  The government failed to make a $58 million debt payment on August 3, its first default in Puerto Rico’s 117-year history as a US territory.

Much of the media commentary since then has focused on Puerto Rico’s alleged profligate spending, and has shifted the blame onto the commonwealth’s large public sector and low labor participation—only 40% of working-age Puerto Ricans are officially part of the labor force, though the informal economy is considerable. The holders of a majority of Puerto Rican debt spend thousands of dollars lobbying in Washington against debt restructuring and work to promulgate the familiar image of Puerto Ricans as irresponsible, misguided, and lazy. There is even talk of going over the government and imposing a Financial Control Board on the island, presumably made up of American technocrats.

As an unincorporated commonwealth of the United States, Puerto Rico is not eligible for the bankruptcy protections offered to mainland municipalities and states in Chapter 9 of the Constitution. Additionally, the island’s own constitution prioritizes general obligation payments over public spending, effectively mandating the government to earmark money for debt payments before budgeting for schools or food aid. Puerto Rico’s status as a territory allows Congress to deny certain Constitutional protections for islanders, while stopping it from reneging on debt and establishing its own currency.

This fiscal quagmire coincides with, and relates to, other grievances. Puerto Rico suffers from a 45% poverty rate, low productivity, high living costs, and mercantilist shipping restrictions. Consecutive administrations have addressed the debt crisis by cutting spending on education and healthcare, which are already of significantly lower quality than that of the mainland. A lack of employment opportunities means that young Puerto Ricans are leaving for the US, shrinking the tax base and leaving behind an ageing population.

As these chronic problems weakened the economy and once-coveted Puerto Rican bonds sank into junk status, vulture funds began to circle above. A group of these funds—many of which made millions from defaults in Greece, Argentina, and Detroit—have swooped in to lend the government funds, demanding exorbitant interest rates as compensation.

Puerto Rico’s debt crisis is deeply rooted in its murky territorial status. In an op-ed for the Wall Street Journal titled “What the United States owes Puerto Rico,” Stiglitz frames the island and Greece as “quasi-colonial dependencies of distant powers in Washington and Berlin,” though he makes the crucial point that, unlike Greece with the EU, Puerto Rico never chose to become a part of the US fiscal union.

Puerto Rico came under American control as war bounty from the Spanish-American War of 1898. Ruled by military governments until 1900, the island later endured a procession of robber-baron governors who turned the colony into a playground for American plantation owners and hotel builders. Absentee landlords bought up most of the arable land, monopolized the sugar industry and transformed the rural population into a mass of wage-laborers. Industrialization came as a by-product of the island’s military development during World War II, and later as a base of operations in the ideological war against Cuban communism. Though the second half of the 20th century saw the development of the island’s current Commonwealth status, the underlying asymmetry of power between the island’s representatives and American commerce has never shifted.

American banks have always benefited from this situation, exploiting a loophole that leaves the trading of Puerto Rican municipal bonds exempt from local, state and federal taxes. Irresponsible brokers sold high-risk bonds to locals and mainlanders by claiming they were legally protected, earning hefty commissions from banks and the cash-strapped Puerto Rican government in the process.

Wall Street has replaced the old plantation moguls. In their search for solutions to the crisis, the island’s political class is scrambling to offer new sugar.

On June 29, a research commission led by IMF economist Anne Krueger released a detailed report on the island’s debt situation along with a set of policy recommendations. Krueger’s report recognizes the need for bankruptcy protections and calls for an end to the law granting the United States Merchant Marine a monopoly on transporting all goods that enter and leave Puerto Rico. However, it also calls for eliminating minimum wage laws and for further spending cuts on education and other social services.

The island’s current administration has taken the report’s suggestions to heart, proposing a five-year fiscal reform plan that would cut spending on public universities, establish sub-minimum wage salaries for workers under 25, and freeze public sector salaries and job openings. Puerto Rico’s leaders have committed to the same austerity policies that have led other debtor nations into even more precarious situations.

Opponents to further cuts immediately criticized the plan as a waiver of what little sovereignty the island has—simply to appease large creditors. Among those that oppose the deal, University of Puerto Rico professor and 2012 gubernatorial candidate Rafael Bernabe has made a name for himself as a local representative of the transnational anti-austerity movement. Bernabe, who presides over the minority Working People’s Party, has released a slew of articles and videos that oppose the report’s reading of the debt situation.

Echoing many of the arguments made during the UN General Assembly vote on the debt sustainability resolution, Bernabe claims that the proposed cuts to education and employment opportunities will lead only to more youth emigration. Wage cuts may make Puerto Rican workers more competitive, he says, but at a great cost if applied at the same time as tax hikes and welfare cuts.

The Working People’s Party, along with the rest of the island’s anti-austerity movement, faces formidable opponents. Two center-right parties dominate the political system and stifle greater ideological diversity in mainstream political discourse. A movement similar to Syriza, in Greece, or Podemos, in Spain, would be virtually impossible in the island’s current context. A physical disconnect from spaces of political power only makes things harder for alternative parties, who lack the lobbying capacity that the island’s larger political formations have in Washington. Even if they could lobby, the Republican-dominated Congress has shown no interest in providing bankruptcy assistance for the island.

The opposition also has to answer to the inconvenient reality that 20% of the government debt is owned locally. And as the value of Puerto Rican debt has plunged, some of the pain is felt by the tens of thousands of small investors who bet much of their savings on the bonds. Many fear that the crisis will play out much like it has already: greater pain for those on the island to guarantee profits for the larger investors outside. Perhaps what is needed, beyond negotiations on restructuring, is a discussion on the nature and moral corollaries of debt.

David Graeber begins his book Debt: The First 5000 Years with a deconstruction of the idea that “one has to pay one’s debts.” Few would disagree with this normative claim, though the author says it doesn’t often apply in real-world situations. Did the banks that caused the 2008 financial crisis pay back their debts? Have imperial powers paid reparations for their pillaging of other nations? Can the descendants of slaveholders be held accountable for the struggles that descendants of slaves face?

These are all subjective questions, as debt is a contested moral construction. Bondholders may not see it that way because modern debt quantifications like securities and bonds have replaced ties of trust. And breaching a respectable creditor’s ‘trust’ by reneging on a debt is increasingly punished as a capital sin in the globalized economy.

What about the amorality of usury? In another famous biblical episode, Jesus cleanses a temple from the moneychangers that had polluted it with their usurious commerce. Since Aristotelian times, political and religious authorities have decried charging interest on loans as unproductive and immoral. Few deny the importance of credit and debt for economic activity, but we still draw a thin line between the moral authority of the prudent lender and the toxic self-interest of loan sharks or irresponsible brokers.

Recent crises in Argentina and Greece show that morality and greed, rather than economic logic, tend to drive high-stakes debt negotiations. For situations in which creditors have historically used these constructions to marginalize and oppress, it is crucial to question the blame placed on debtors’ shoulders.

It is true that Puerto Rican leaders have mismanaged the island’s economy and borrowed beyond their means. It is also true that the Commonwealth’s economy has always operated—often forcibly—according to the whims of Big Business and mainland capital. Perhaps it is time for Puerto Rico’s creditors to recognize the island’s past sacrifices and see beyond a condition of dependence. It has been well over 50 years since Puerto Rico became a US Commonwealth, and 117 years since America sent its warships and its commerce to the shore. Our own Jubilee is well overdue.