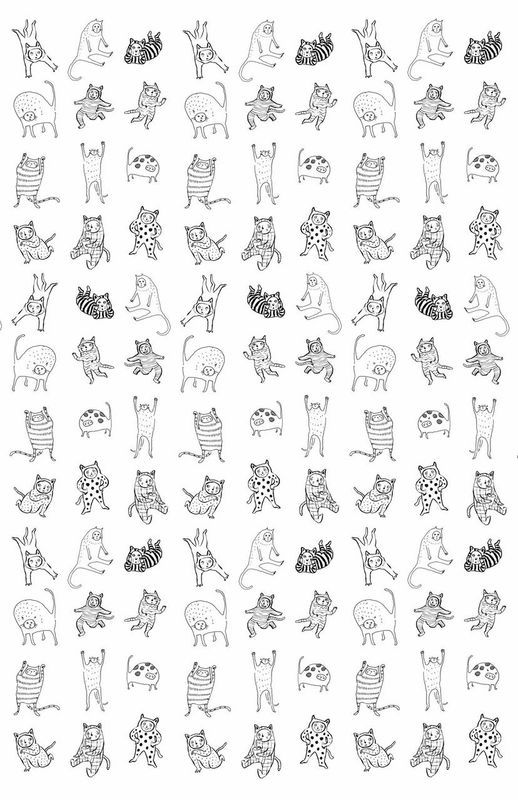 Abandon hope, all ye who read!

The scribes have played a ruse;

Yet dare to call it news.

So in the triptych cast below

But if ye closely readest there

One truth ye may espy.

The fiction from the rule?

Wilt thou unveil these vile myths

Or stay an April Fool? –KG

The Birds
A story stranger than fiction, but true nonetheless. François Mensonge, a 73-year-old resident of the coastal French town Toulon, hadn’t made it out of the house for a while. Six years to be exact. Single and searching for fulfillment after retiring from his job in ’09, François—a self-described lover of animals—began steadily amassing a collection of pets as extensive as it was exotic.

Until recently, no one was entirely sure exactly which animals were under his charge, but neighbors report having heard everything from the cawings of cockatoos to the screeching of finches spilling out of his house and onto the lamppost-lit city streets. When asked in court last week why he chose to surround himself thus, he explained: “J’avais assez dit dans ma vie. Le silence des animaux était apaisante.” Or, “I had said enough in my life, the silence of animals soothed me.”

But what, you ask, was the story? The whole fiasco began when François called a local pest control service in order to help rid his home of an ever-worsening bug infestation. Following protocol, the unwitting employee sprayed the crevices of his home and left mouse traps for good measure. But François had not asked for mouse traps. To his horror, he awoke the next day to find his prized Andalusian door mouse squirming beneath the cold weight of an unremitting metal hinge, his left paw gruesomely mutilated. The mouse survived, but the incident left François wounded.

In a turn of events the pest control company—Sans Cafards— could only call unexpected, François is currently filing suit for malpractice and animal cruelty, to the tune of a cool €250,000. French lawmakers assert that the case has precedent, citing a recent decision sympathetic to the prosecution made in a trial concerning a mistakenly consumed pet lobster. You can’t make these things up. –EB

Any teenager worth their salt had at least one solid sneak out plan in place in the event of an uncool parent emergency. Here was mine: I would carefully compose a pillow person in the exact dimensions of my sleeping form. I’d slip a note under said doppelganger telling my parents not to worry, I was not actually being kidnapped, sprinkling in lots of x’s and o’s so they wouldn’t be too mad. I’d sneak down the stairs in socked feet, carefully avoiding the squeaky fifth step. I’d go out the back door, tiptoe across the yard, hop in a friend’s car idling just down the street and be home free. Easy. Yes, I may have watched Ferris Bueller’s Day Off one too many times. And no, I never actually had the gumption to put my plan into action.

But last Friday a brazen four-year-old girl in Philadelphia boarded a bus at 3am in search of a slushie. Bedtime be damned. When the call of a late night craving sounds, one must answer and answer with vigor.

Little Annabelle’s sneak out plan? She grabbed her purple raincoat and went out the back door. It seems that sometimes the least laid plans work the best. She then set off into that cold night full of all the fearlessness and pluck that only a tiny human with great thirst can posses.

Sadly, poor Annabelle never reached the spoils of her adventure. After setting out on foot, she eventually hopped aboard a bus. A well-meaning bus driver, who was probably more impressed than he’d care to admit, immediately alerted the proper authorities and she was returned to her parents unscathed within the hour. Annabelle had spent the time becoming happily acquainted with her fellow bus riders, her legs swinging from her seat, a smile planted on her face. Her parents, for their part, seemed to have aged considerably in the same time span. One could almost see the grey hair coming in. It should come as no surprise, then, that they are beefing up their household security before the hormones set in. –DP

In a 1997 episode of the quietly-eat-your-chicken-nuggets-and-avoid-talking-about-another-day-of-first-grade-with-your-mom television show Arthur, the strikingly well dressed talking rabbit Buster Baxter finds a cat jumping into his arms as he’s walking home with a cone of Rocky Trout ice cream. In the days that follow, Buster becomes a local hero. He’s followed by the press, asked for autographs, receives free gifts, and, according to the official Arthur Wiki, “even has an ice cream named after him!” The fame eventually goes to Buster’s head, but through a bizarre sting operation involving a robotic cat orchestrated by the Brain, Buster learns a valuable lesson about not being a huge dick to your friends. If only catboys were so easy.

That’s right, you heard me: catboys. The Boise Weekly reports that an eight-year-old dressed as a cat is stuck in a tree just outside Boise, Idaho. It was local wheat farmer Dan Senthfield who spotted the boy, while working in his field. “I just saw this kid out there, sitting really high up in the tree, and I thought ‘that can’t be safe.’ It wasn’t until I got closer I realized he was dressed as a cat.”

Though you don’t like to recall it, you have in all likelihood, been to a high school Halloween party, so the scene should be easy to picture: a dark spot on the nose, six lines representing whiskers, a headband with some protruding black fuzziness. If the kid was feeling really ambitious maybe a little black tail. Probably sitting on a branch, swinging his legs and licking his wrist.

Local emergency personnel arrived quickly to the scene. The parents of the boy refused to comment, but neighbors and schoolmates at the scene say the boy has been dressed as a cat for a number of weeks. “I’m kinda glad he missed our playdate today,” said Jack Esfurth, local 4th grader.

Emergency personnel attempted to coax the boy down from the tree, but the boy responded only with cat noises. Boise Animal Control representative Randy Winston warned that in some cases the use of large machinery scares cats, causing them to jump.

What no one points out, neither in Boise nor in Arthur, is that we seem to be dealing with animal-human hybrids. This isn’t a cat; this is a catboy. No Rocky Trout ice cream required—offer that kid some moose tracks and he’ll climb right down.

Another problem solved, thanks to your friends at The College Hill Independent. You’re welcome, Boise. –DE