Choice & the Church in Rhode Island 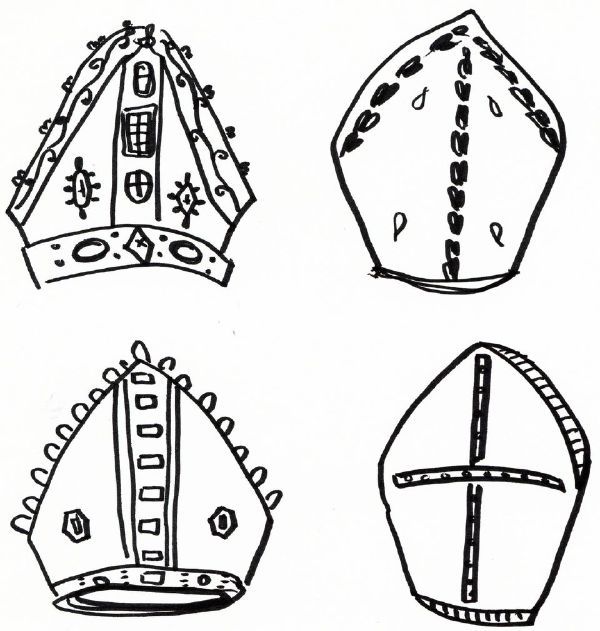 In the United States, Catholic women will have abortions at about the same rate as other women—one in three by age 45—according to a 2014 study published by the Guttmacher Institute, a pro-choice organization that conducts research on abortion and contraception. They  also use contraception at the same rate as other women. In January 2012, President Obama declined to overturn the Health and Human Services mandate that required private health insurance to cover contraception. In response, Bishop Thomas J. Tobin of the Roman Catholic Diocese of Providence called the mandate “an unprecedented, outrageous and unacceptable attack on religious freedom and the moral life and ministry of the Church,” in an article penned in the Rhode Island Catholic, the diocesan newspaper. According to a 2013 Gallup poll, Rhode Island is 54 percent Catholic, which makes it the most Catholic state in the United States, and makes Tobin an important leader for many in Rhode Island.

Bishop Tobin has been the Bishop of Providence since 2005, and currently sits on the Boards of Trustees of Providence College and Salve Regina University. His column in the Rhode Island Catholic, “Without a Doubt,” has been published in two different books. The power he wields in Rhode Island extends beyond his clerical duties and into the work the Diocese does to influence abortion access: running Crisis Pregnancy Centers that discourage pregnant women from having abortions, supporting anti-choice candidates, speaking directly to elected officials, politically organizing Catholics through the Rhode Island Catholic Conference, and working with the Rhode Island Right To Life Committee. This work has been effective: though 93 percent of Rhode Islanders support a woman’s right to choose, the legislature is overwhelmingly anti-choice, according to Planned Parenthood of Southern New England.

As a result, Rhode Island has some of the most restrictive abortion laws in the region, getting a D+ rating from NARAL Pro-Choice America, a group that lobbies elected officials and organizes pro-choice voters, in contrast to the As and Bs of most nearby states. NARAL’s ratings include factors such as the number of abortion providers, the restrictions placed on abortion, and availability of emergency contraception. In 1997, Rhode Island placed a broad ban on abortions after the first trimester that was declared unconstitutional in 2001 by the 1st Circuit Court of Appeals. The ban has not been repealed, though there is a permanent injunction against its enforcement. State health insurance also cannot legally cover abortions.

Barth Bracy, Executive Director of the Rhode Island Right to Life Committee, often introduces bills to the House and speaks on behalf of the anti-choice wing of Rhode Island’s legislature, which is often itself tight-lipped. Nicholas Mattiello and M. Teresa Paiva-Weed, both Democrats, Catholics, and endorsed by Right to Life, serve as Speaker of the House and Senate President, respectively. In 2011, Paiva-Weed commented on her insertion of anti-abortion language in a health exchange bill, “My faith is part of who I am. My faith was not the defining factor, but it certainly was a factor.”

And it can indeed be difficult to get an abortion in Rhode Island. Chantal Tape, who worked as a pregnancy options and pre-abortion counselor at an abortion provider in RI from 2010 to 2012 and is now planning a career in abortion care, wrote that “Rhode Island’s laws are more restrictive than those of other states in New England and I’ve definitely witnessed the effects of that working in a clinic here,” in an email to the Independent. “The biggest obstacle for most women is cost. The fact that state health insurance doesn’t cover abortion is something that absolutely should be changed in order to improve abortion access for low-income women. Denying abortion coverage through Medicaid doesn’t stop abortions from happening. It just places an undue burden on the people who are already struggling the most.” The cost of abortions is around $300 to $600 in the first trimester, and $600 to $1000 in the second. Another issue is the accessibility of abortion clinics in Rhode Island, all of which are located in Providence. Age is another issue. “Connecticut, for example, doesn’t require parental consent for people under 18 who are seeking abortion,” Tape added, while Rhode Island does.

Tape, who has counseled women struggling to decide whether or not to have an abortion because of their religious beliefs, says “I like to tell people that, whatever they believe in, whether it’s a god or some other higher power, that that entity knows them, knows their personal struggles, their reasons for making whatever choice they make, and knows that they’re a good person who is doing what they need to do for their health and wellbeing.” Tape encourages these women to seek out pro-choice faith-based organizations as resources, such as Catholics for Choice and Faith Aloud.

Rhode Island’s Catholic population consists of the descendants of earlier rounds of immigration and more recently settled immigrants mostly from Latin America. Despite the diversity of the Catholic community, the Rhode Island Catholic seems largely preoccupied with the “sin of abortion” and preserving the sanctity of marriage. This preoccupation with abortion remains unyielding even as a large segment of the religion’s following has moved towards greater sexual liberalism, acceptance of a diversity of sexual orientations and expressions, and use of contraception and abortion. Sixty-one percent of Catholics in America disagree with the Church’s teaching on contraception according to a survey published in USA Today. There clearly exists a tension between establishment Catholicism and many current followers.

That same tension is why a few weeks ago Pope Francis told Catholics they need not breed “like rabbits,” and that having an unmanageably large family was “irresponsible,” but then more recently called people who choose not to have children “selfish.” There’s an unwillingness to alienate more liberal followers by fully condemning them, but also an unwillingness to fully accept their existence as well. Thus the voices we hear from the Catholic Church’s leaders tend to slant more conservative. That’s why it’s unsurprising that a mostly Catholic state would have such restrictive abortion laws.

When Bishop Tobin spoke to the Independent, he acknowledged the “diversity of opinion” on abortion among Catholics, but said that pro-choice Catholics “must continue to learn and study and pray over the issue. They have a lot of work to do. You can’t be a faithful Catholic and pro-abortion.” Though he acknowledged the “prominent voice” the Church has on the issue, Tobin asserted that the work the Church is doing to restrict abortion is not directly related to Catholic beliefs. “We don’t talk about the sacraments in politics. We talk about the common good, and abortion is a matter of the common good and natural law, which includes the right to live. Thou shall not kill applies to all.” He added, “we generally oppose abortion in all situations, but in some cases where the mother’s life is also threatened, there is some discretion in Catholic doctrine.” It's unclear how his ideas of discretion could be made law without explicitly deriving legislation from Church doctrine.

When asked about potentially high rates of illegal abortions, Bishop Tobin said he had “no idea what that rate would be, but it’s the role of society to support pregnant women.” The rate of abortion across countries is about the same whether it’s legal or illegal, but with a much higher chance of complications from illegal procedures. According to Planned Parenthood, in the decade before Roe v. Wade, abortions made up 17 percent of pregnancy-related deaths, while now only 0.3 percent of women who get abortions have serious complications afterward. But even though abortion is legal in the United States, according to Chantal Tape “the restrictions that are in place now are already prompting women to seek alternatives such as self-induced abortion, which can be extremely dangerous and can have serious legal ramifications.”

In conversation with the Independent, Bishop Tobin emphasized the need for both the government and nonprofits to financially, medically, and materially assist women who become pregnant in situations of poverty, single parenting, substance dependency, and abuse. Though he acknowledged the difficult situations that might lead women to choose abortion, he added that abortion is harmful “psychologically and spiritually” to the woman. “With abortion there are two victims, and we very much care about both.”

Chantal Tape disagrees. “In my experience, the only thing that ‘damages’ women is living in a society where they’re constantly told, by people who have no interest in or compassion for their lives or their experience, that they should feel guilty for making the best choice that they can for themselves or for their families.” Among the emotions women may feel after an abortion, Tape listed “anger, sadness, relief, empowerment,” and noted that few women she encountered in her work coped poorly after an abortion. Tape added that abortion and contraception access are matters of gender equality. “In order to have even the smallest semblance of equality for women, we have to be able to control our fertility.”

In the country’s most Catholic state, Bishop Tobin has quiet, but significant power. Citing the Church’s work with the Rhode Island Right to Life Committee, who campaign for legislation that restricts abortion and endorse anti-choice candidates, Bishop Tobin acknowledged that “we have a presence in the state house.”

Chantal Tape agrees that the Church’s efforts are “a threat to abortion access in Rhode Island. I think, living in New England, we’re somewhat sheltered because we don’t see quite the same level of abortion restriction here as in other parts of the country.” However, “the reality really is that abortion is basically inaccessible to many women in this state.”

JANE ARGODALE B'18 was declared unconstituional.