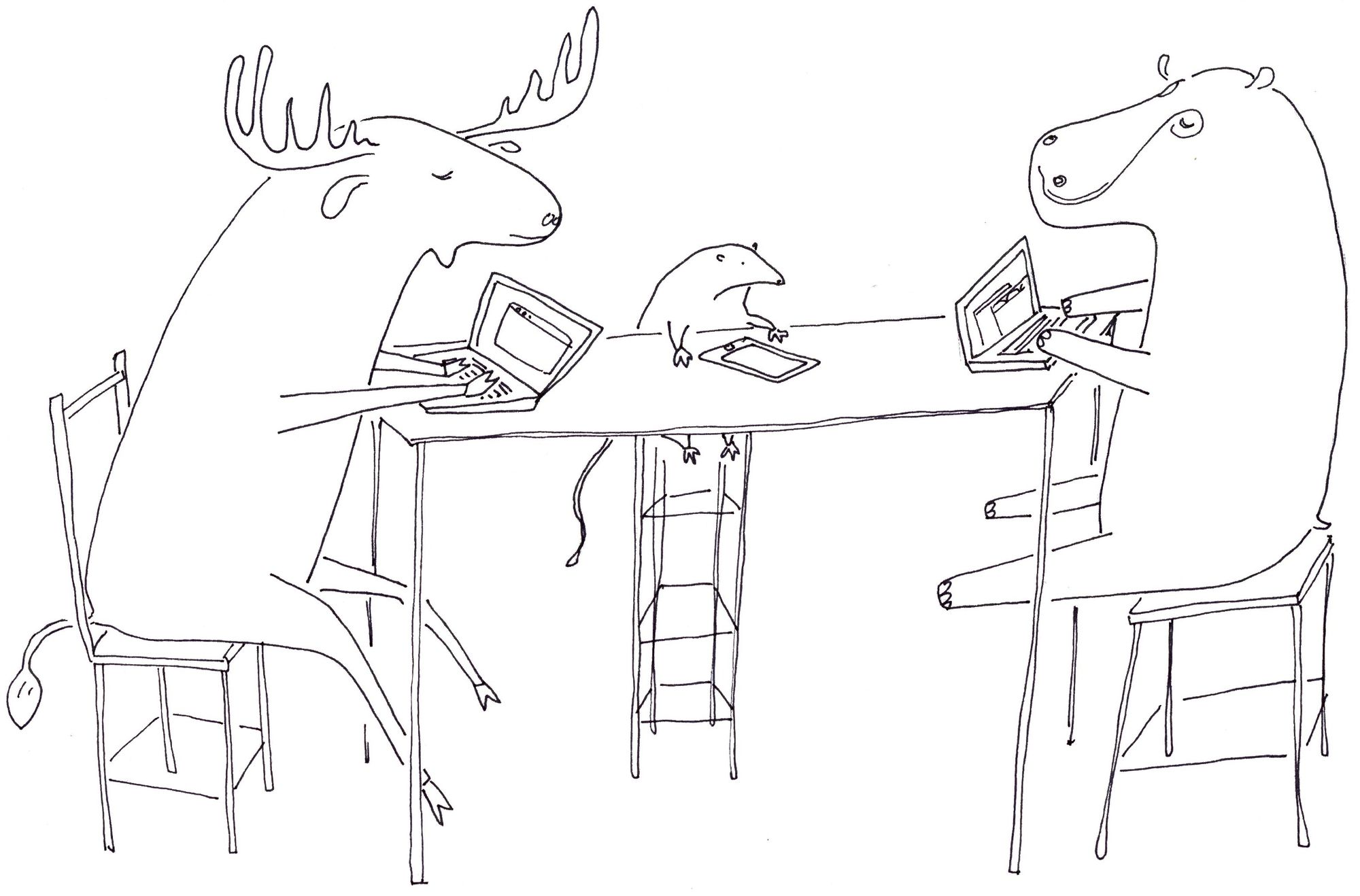 “I founded 4chan eleven and a half years ago at the age of 15, and after more than a decade and a half of service, I’ve decided it’s time for me to move on,” began Christopher Poole’s letter of resignation, posted on 4chan last month. 4chan is a completely anonymous online image board, most famous for birthing memes that crowd the Internet and for its very NSFW content. At the time of Poole’s posting, the site had over 20 million monthly visitors.

In a 2010 TED talk titled “The Case for Anonymity Online,” Poole spoke on just that. He said that anonymity on the site has led to a discussion that is “completely raw and completely unfiltered.” At the end of his talk, Chris Anderson, curator at TED, referring to anonymity on the site, asked Poole “whether [he] sometimes lie[s] awake in the night worrying that [he’s] opened Pandora’s box.” Poole responded: “I mean yes, and no. For as much good as kind of comes out of this environment, there is plenty of bad. There are plenty of downsides, but I think that the greater good is being served here by just allowing people… there are very few places now where you can go and be completely anonymous and say whatever you’d like. And saying whatever you like, I think is powerful. Doing whatever you like is now crossing a line. But I think it’s important to have these places where, I mean I get emailed, people say, ‘Thank you for giving me this place, this outlet where I can come after work and be myself.’”

It seems paradoxical that people might feel most ‘themselves’ on a site where they are completely anonymous. And while anonymity might be at a premium for 4chan users, there are a myriad of sites trying to give us that feeling of being ‘ourselves’ online, and the current norm is far from anonymous.

In 2011, Forbes magazine profiled Sean Parker, Facebook’s first president—perhaps more commonly known as ‘that guy played by Justin Timberlake in the Social Network—who said that, for him, “Facebook was a vehicle to create a reliable identity in an anonymous online world.”

“You have one identity. Having two identities for yourself is an example of lack of integrity,” Mark Zuckerberg told David Kirkpatrick in an interview for his book, The Facebook Effect. “The days of you having a different image for your work friends or co-workers and for the other people you know are probably coming to an end pretty quickly.”

They’ve mostly succeeded in creating this ubiquitous identity online. “Sign in with Facebook,” read the buttons on the home page, and I see my Facebook profile photo next to the comment box on the bottom of many websites, reminding me that my Facebook identity is moving with me across the web.

Google, too, though more subtly, has made its presence felt. I fear clicking on an ad or a going to a new website because I know I’ll be targeted with ads for the next two months with every site I visit. (For the record, Frank & Oak men’s clothing, was just looking around, still not planning on buying anything, and the ad with the bearded guy is getting old.)

Speaking at Austin music and tech festival South by Southwest, Poole commented on what Zuckerberg said: “Mark Zuckerberg has kind of equated anonymity with a lack of authenticity, almost a cowardice, and I would say that’s fully wrong. I think anonymity is authenticity, it allows you to share in a completely unvarnished, unfiltered, raw way and I think that’s something that’s extremely valuable.”

Despite the fact that Poole describes these anonymous forums as dinosaurs, endangered species on the current web, the idea persists. A new app called Yik Yak allows users to post and see anonymous posts from people in your area. It’s been making headlines for causing conflict at high schools and college. At University of North Carolina, for example, wral.com reported that during the Black Lives Matter protests someone posted, “I really hate blacks, I’m going home where there aren’t any.” Swimswam.com reported on how messages are posted to the app at swim meets, and “More often than not, these messages include bullying posts targeting an individual athlete, racial and homophobic slurs…”

But Poole has reason to defend anonymity and resent Zuckerberg’s comment about having two identities being cowardly, as he himself had to separate his online self and his ‘real-world’ self when he first created 4chan. Due to the site’s adult content and the fact that he was 15 years old, he told no one about the site. On 4chan, he went by “Moot,” which is still his online nickname. His parents didn’t know about the site until he was 20.

Poole has also made the case that sites like Facebook, where everything you say is tied to your identity, the “cost of failure is high,” and that gets both at the heart of what 4chan is about and also the oddity of it. There are varying degrees in cost of failure online. The cost of saying or posting the wrong thing on Facebook is very high, maybe even higher than the cost of saying the wrong thing in real life, as on Facebook it can live on forever and is not limited to those in earshot when you said it. Awareness of this has instilled a fear, in me at least, of positing anything even remotely controversial on Facebook. In fact, the cost is so high that, according to a Wall Street Journal article, Google’s former CEO, Eric Schmidt, predicts “that every young person one day will be entitled automatically to change his or her name on reaching adulthood in order to disown youthful hijinks stored on their friends’ social media sites.”

Then there are less costly sites: Reddit, for example. You have a username so all of the things you’ve said on Reddit can be associated with each other, but this username can be whatever you want and it’s nearly impossible to ascertain your ‘real’ identity from it, unless you go around posting about where you live and what you look like. Then there are sites like Yik Yak, which are anonymous, but where every post is given positive and negative points by people voting up and down. And finally, there are 4chan and sites like it, where the cost of failure is at worst someone commenting on your post and making fun of you, but, given its complete anonymity, you could also be the one making fun of yourself—no one online would know the difference.

4chan provides fluid identity. In one sense 4chan strips away all that makes you you: where you’re from, what music you like, who you hang out with. But it’s also allowing you to be more yourself, who you are at this very moment, than you’ve ever been. You are only represented by what you say in a single post. You can post again a second later and be someone completely new. This demand for anonymity and fluid identity is perhaps relatively new because so is the fear that created it. Online, we can speak to more people at once than ever before, and that’s exciting, and evidently something we very much want to do, but also terrifying.

But maybe concepts of fluid identity are too dignified for a site that specializes in offensive conversation and adult content. In the discussion surround Poole’s resignation, such as an eight-hour-long Q&A session he held with the 4chan community, it’s hard to not notice twinges of estrangement from the site. His given reason for leaving is that, “As 4chan’s sole administrator, decision maker, and keeper of most of its institutional knowledge, [he’s] come to represent an uncomfortably large single point of failure.” But in the Q&A, he sounds defensive about his decisions and complains of people clogging up the site with posts just complaining about him or the site. Funny, or expected, that the one person with an identity on a site of 20 million monthly visitors might be leaving because he was getting picked on too much.

But even if the conversation gives too much credit to 4chan, the desire still resonates with a lot of us, and identity online is something that we very much have not figured out. 4chan, though still obviously an extremely popular site, is, for the many of us being chased by ads and Facebook logins across the web, a fossil in Internet history reminding us it wasn’t always like this.

WILSON CUSACK B’16 is scared to say something he’ll regret.