Letter To My Unborn Child 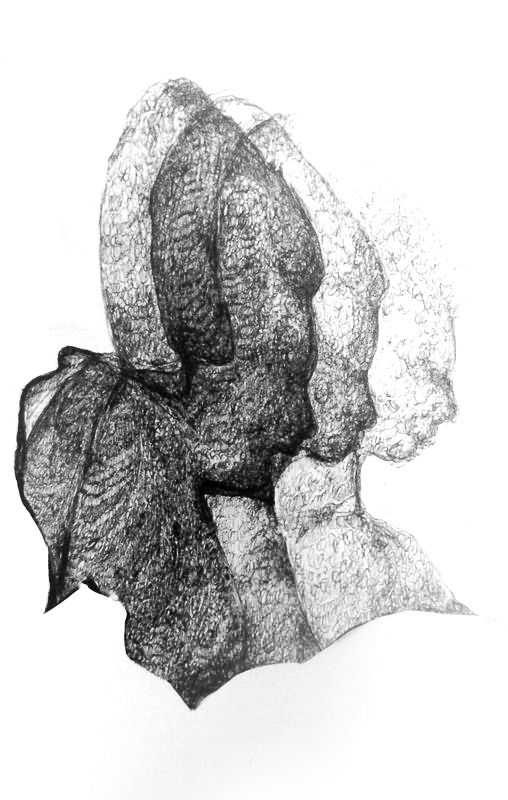 We are in the midst of a disturbing trend: the intentional, no-consequence murders of Black bodies by law enforcement. The path forward for the ongoing Black freedom struggle is unclear in a world where racism manifests itself both outwardly and subtly, in a world where racism is not just a behavior or ideology reflected by people, but in institutions. The tragedies of the past year or so—due in many ways to the increased media coverage of a few of the plethora of cases of Black people brutalized and killed by law enforcement—have, at a huge cost, provided our people and this nation with the most clear-cut issue and battle that we have had in decades. In many ways, I interpret the “To My Unborn Son” campaign as being one of hope, in that we write these letters hoping for a brighter future, but preparing these as-yet-to-be-born children, as our parents did, for the possibility that they exist in a world as oppressive as that of our upbringing.

Conceptualized and launched by the Yale Black Men’s Union in November of 2014, “To My Unborn Son” is a campaign aimed at showing solidarity with the families of Michael Brown, Tamir Rice, Eric Garner, and the many other Black victims of police brutality who do not gain the media coverage needed to earn public attention or concern. Participants in the campaign stand against a black backdrop, holding whiteboards containing brief messages for their as-yet-to-be-conceived children. Some of the messages provide hope for the child’s, others caution about the difficulty of their interactions with the world, all take the lessons learned from their own lives and gift them to the next generation. Using these brief, personal messages, the campaign tries to combat the belief, held by some, that we live in a “post-racial” society. At a time in which the murders of Black and Brown people by law enforcement, and in which the ramifications of racial discrimination in America are being highlighted, it is important that we stand in solidarity with those who we have lost, and that we stand strong against racism, discrimination, and police brutality. On behalf of the national “To My Unborn Son” campaign, I have organized students on Brown University’s campus to engage in the project.

When I viewed the messages of this campaign, I found that I reflected on the words and lessons not said, on the things that I could not fit on that board. I began to think about one of the pieces that has profoundly influenced me— a sorrowful, but incredibly thought-provoking letter by Dr. W.E.B. DuBois, called “On the Passing of the First-Born.” Though written over 100 years ago, this letter is applicable to a child born today. As such, the timelessness, the directness, and yet, the audacity of hope that this letter contains has influenced me. I began to ponder what I would say to my unborn child if I could write a longer letter to him or her. In recognizing that the sex of my child is yet to be determined, and that the issues which I articulate affect both males and females, I have elected to drop “son” in my letter, in favor of “child.”

To my unborn child,

As I gaze into your innocent, dark, beautiful face, a face that some may consider ‘unconventionally beautiful,’ I feel the joys of being a proud, new father. From the womb of your beautiful Black mother, and from the worries of your father, you, the next generation of a proud lineage of Black people, arise. I feel, as Dr. DuBois once wrote, the “fear of fatherhood mingled wildly with the birth of creation.”

In your heritage, you will inherit, as DuBois once artfully conveyed to his son, “the unbowed pride of a hunted race”; with your hands, you will hold on to “a hope not hopeless but unhopeful”; and with your eyes, you will see “a land whose freedom is to us a mockery and whose liberty a lie.” Needless to say, growing up Black will be challenging; however, take solace in the fact that, through your veins flows the blood of a proud, strong, forgiving, and intelligent people—the blood of a people descended from the African motherland.

In life, you will realize that your white peers will be treated more favorably than yourself, which will cause you to often have to do above and beyond what is asked of you, and work significantly harder to gain access to the places they occupy effortlessly. Your white peers, if seeking a place amongst the elite, will encounter powerful individuals and powerful structures that are more likely to reflect them and their interests. Your white peers, if seeking employment for the same role as you, are far more likely to receive the position, unless your qualifications are significantly higher. Your white peers will see themselves in magazines, will see themselves regularly portrayed positively in the media, will have no reason to believe that their race is a barrier to any opportunity. You will learn to distrust the institutions designed, seemingly, to protect you. You will learn that you can be beaten, arrested, even murdered by the very police that is supposed to protect you, for no more of a crime than being born Black.

You will face an unceasing assault on your confidence and on your self-worth by society-at-large. You will be assaulted by the media, by educational institutions, by the ‘free’ market, by your peers, by your history books, by history and by the negativity perpetuated by the institutions of slavery and segregation, by your teachers, by respectability politics, by authority figures, by the concepts of masculinity and feminism and authenticity, as they relate to the experiences of Black people, and, sadly, even at times by your own people. Sometimes this assault occurs directly as your people are blamed or denigrated. At other times it is through your failure to even be mentioned. You will have to fight off accusations that the challenges you undergo are ‘figments of your imagination.’ You will face a constant assault on your status as a human, on your masculinity as a man, or on your femininity as a woman. You may be told that you are not conventionally handsome or beautiful. You will likely be teased for your skin-color, whether you are lighteror darker-skinned. You will not be taught your history in the schools, and your attempts to buck the system will likely be met with resistance and disciplinary action. Your intelligence will be questioned, and your accomplishments may be chalked up to ‘affirmative action.’ Many who claim to be allied with you will be merely wolves in sheep’s clothing. Be perceptive enough to detect the difference. When you complain about the oppression which you are routinely subject to, do not be surprised if your white peers are confused, or even if they attempt to invalidate your lived experiences. Identify and fight the high odds against you.

I want to tell you, however: do not be discouraged, never feel inadequate or unworthy, no matter what the biased history books in your school courses, or the white-dominated and white-biased entertainment industry, and even what your peers may imply. Your hopes for success are not only wrapped up in becoming a rapper or an athlete, to be commodified, packaged, branded, and sold to the masses. You are more than your body, more than your branding. Always have the courage and initiative to stand up to the wrongs that you see or experience, whether you stand with a crowd, or you stand alone. I want you to have the courage to pursue your dreams, to be prepared for failure, if it comes, and to prepare yourself to try again, and to fear no institution and no person in the pursuit of righteousness.

Be proud of your dark skin, be knowledgeable and proud of your history, of those who fought and died for the rights which you are able to enjoy today, and for those rights which you have yet to gain. Remember that your history does not begin in chains, for if you start from that point, everything for our people looks like progress. Never feel the need to explain yourself to, seek approval from, or justify yourself to white critics. Never question your authenticity. Always reach back to help your brothers and sisters. Live in solidarity with other Black and Brown people of the world, and ally yourself with the struggles of others who are seeking their liberation. If any group is oppressed, none of us are is liberated. As articulated by Dr. King, “injustice anywhere is a threat to justice everywhere.” Draw your inspiration from figures like Dr. King, Malcolm X, Toussaint L’Ouverture, Emperor Menelik II, W.E.B. DuBois, Patrice Lumumba, John Lewis, Angela Davis, Audre Lorde, Ella Baker, Harriet Tubman, Shirley Chisholm. Inform yourself about the freedom struggles of other groups, and join hand-in-hand with them. Fight every attempt that comes to belittle you, to convince you that you are a lesser being, or to subjugate you, no matter who this comes from. Stay true to yourself, and never forget where you came from. Every day, when you wake up, go to the mirror and ask yourself, “How am I better today than I was yesterday? And what will I do today to ensure that I wake up tomorrow better than I am today?”

And finally, know. Know that greatness is in your heritage and in your reach. Know that your mother and I love you, that you deserve justice and equality, and that you should commit yourself to the struggle against the racist and classist institutions and norms that have blocked, limited, and brutalized us for so long, just as I promise to. Know that you are accepted whatever your decisions, loved wherever you go, and supported in all that you strive for. And I will be with you, a proud father, pushing you every step of the way towards your path to liberation, to success, and to the building of a legacy of your very own, which will be defined on your own terms. You will be the First of All, in that you will have the courage to lead and to take risks, even if your actions are unprecedented, You will be a Servant of All, in that you will be of your community, will give back to your people, and will work for the empowerment of the disempowered. You will beat all of the odds, you will survive, you will grow, and you will overcome the physical, mental, emotional, and historical oppressions placed upon you as a Black man or woman of society; in doing so, you will Transcend All. And you have my love and support, every step of the way.