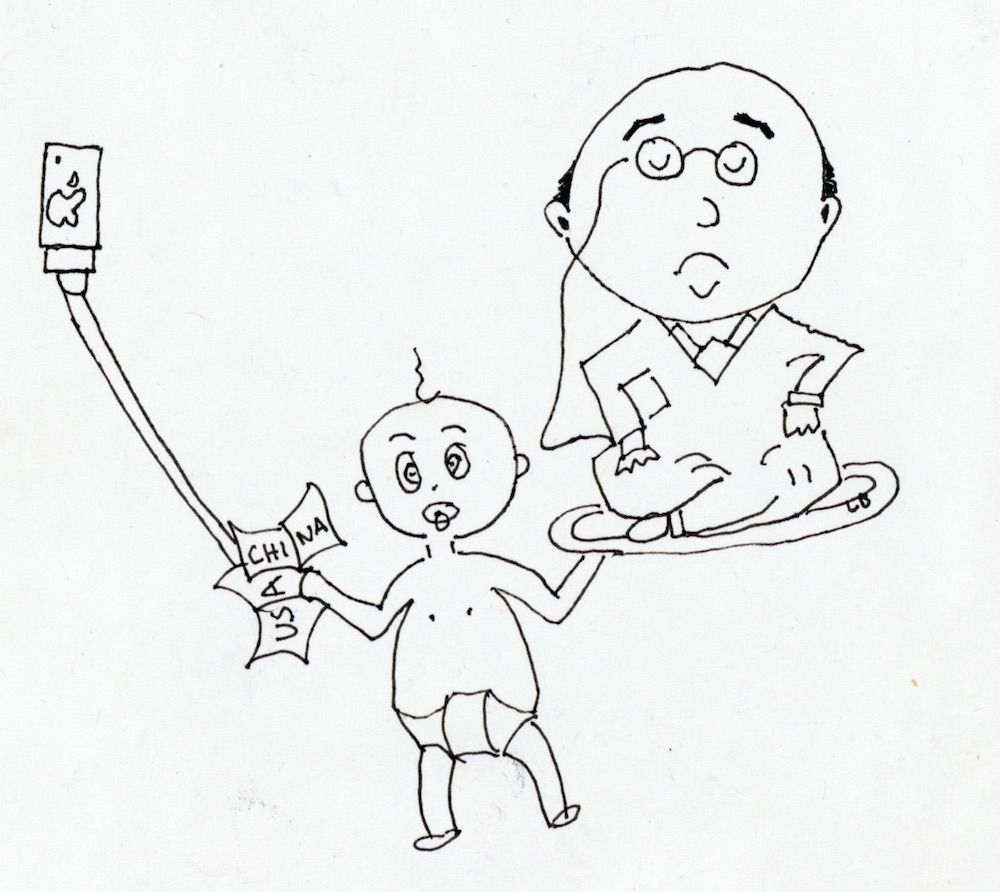 On a warm autumn day in 1963, President John F. Kennedy sat calmly beside his wife, Jackie, in the back of a limousine. Nellie Connally, the First Lady of Texas, turned back and smiled at John. “Mr. President,” she said. He leaned in to hear her. “You can’t say Dallas doesn’t love you.” He looked to the sky as if he had just spotted a constellation, just like in photographs. “No, you certainly can’t,” he said. Then, with an unnervingly quick pop, President John F. Kennedy was dead. In the weeks that followed, the Warren Commission, formed by Lynden Johnson to investigate Kennedy’s assassination, presented a theory that haunts the Secret Service and security officials to this day: the single-bullet theory. The idea that a single-bullet had managed to strike and wound Texas Governor John Connally and pass through the President’s throat. But today, we live in a more dangerous world—weapons are discrete and more lethal than ever. All it could take to kill the president is one ugly.

At least that’s what the Romanian ambassador to France, Bogan Mazuru, seems to believe. In preparation for a reception with Romania’s President Klaus Iohannis at the Romanian Consulate, the embassy inadvertently attached a spreadsheet that described the physical appearance of each of the guests invited to the party, calling some “undesirable” and others “ghastly.”

But our friends at the Romanian consulate handled the matter diplomatically. Mazuru, when asked by Romanian TV station Digi 24 about the invitations, said the matter was “unfortunate.” Then, without being pushed for further explanation, he added, “I don’t consider myself guilty; I can be responsible though. Those are two different things. When something is happening in your courtyard, then you are responsible.”

So, what’s going on in the Romanian ambassador’s courtyard? What’s going on is the consulate managed to simultaneously fire an incompetent diplomat and make ugly people feel way too uncomfortable to come to the Presidential reception while still technically inviting them. The Romanian consulate, though seemingly making one of the biggest blunders of its career, has gotten everything it ever wanted.

My theory: this goes all the way to the top. The question is: is Mazuru the second shooter? –DE

It’s Presidents’ Day Weekend. Maybe you’re taking the Peter Pan Bus down to New York to visit your cool friends at Cooper Union. Maybe you’ll arrive to a city covered in gray slush and cowish people, trudging and pushing around each other in Times Square. Maybe you’ll look hard at the miles of sad, self-absorbed faces, bundled in swaths of identical Canada Goose coats, and think to yourself, cities really are the loneliest places on the planet. Look at all these lowly conformists, each of them lost in their own pitiful worlds. You know just where to go to feel better.

Ah, art museums: the most civilized places we’ve got. You gladly pay MoMA’s obscene admission fee—it’s for the love of culture, you tell yourself. Art makes you a better person. Art makes you enlightened. You stare in awe at Starry Night. Such mythos, such technical mastery! Suddenly, your enlightenment is interrupted. An errant iPhone, set to front-facing camera mode and affixed to the end of an extension rod, whizzes through the air and hits you in the center of your slackly rapturous face.

Except now that won’t happen, because MoMA, along with the Hirshhorn Museum, the Boston Museum of Fine Arts, the Guggenheim, and others, has recently banned the use of selfie sticks (colloquially known as ‘rods of self-involvement’ and ‘narcissism wands’) on its premises. Perhaps the museums have failed to understand the importance the selfie has played throughout the history of art, from Van Gogh to Egon Schiele to Nam June Paik’s perpetually self-absorbed TV-Buddha. Nonetheless, they’ve cited safety concerns for museum-goers, as well as fears of priceless paintings being mauled by rogue selfie sticks, flailing at the hands of tourists who love art almost as much as they love themselves.

Eventually, you ride the bus back to Providence, where even the RISD Museum has instituted the ban. You stare at your reflection in the window, lost in your own pitiful world. –LB

Abundance in the Oven

There exists—believe it or not—a book called the Guidebook for Civilized Tourism. Published by the Chinese national government (known for small-press mainstays such as How To Make Steel in Your Backyard), the GCT contains 64 highly diagnostic pages of “do-nots” for the Chinese traveler abroad, a list of faux pas that includes public nose-picking, overzealous slurping, and stealing life jackets from airplanes—you know, the classic misbehaviors that incur furtive eye-rolling from the locals.

Nowhere on this list is there a bullet point about limiting consumption. Life jacket replacement costs notwithstanding, the tourism industry loves Chinese tourists, and for good reason: while the average German visitor to the US spends $396 per stay, the average Chinese visitor spends a mind-blowing $2,039. The money is flowing to the trappings of discreet luxury—Hermes scarves and Chanel baubles—items that the Chinese government taxes at up to 60 percent (perhaps to fund their publishing arm(?)).

But the fun doesn’t stop there, because many of these tourists aren’t just coming to drop ungodly sums of cash—they’re also coming to drop shorties. Maternity wards weren’t just going to sit idly by and let luxury retailers have all the fun—can you blame them? Just checking the specs on the new Gucci Jackie Soft Crocodile Top Handle Bag, there’s no reason to believe a newborn wouldn’t fit snuggly inside. Can’t we all just get along?

All over the country, a cottage industry dedicated to “birth tourism” has sprouted. There are boutique delivery rooms, maternity hotels. And, like the aforementioned handbag, they aren’t cheap. Chico On The Childcare, Los Angeles’s most infamous of such locations, runs an average tab of $15,000, before medical costs.

And yet, this method is a veritable bargain compared to other methods of gaining citizenship. An EB-5 visa, which requires investment in an American company, can run up to a million dollars. Chico promised an American passport and proper paperwork for all babies born in its facility, as citizenship is granted to anyone born on American soil. Why past tense? Well, Chico, like so many birth tourism destinations, vacated seemingly overnight, according to a recent LA Times article. The practice remains in dubious legal standing in the states, but its popularity grows exponentially year over year.

The guidebook doesn’t get into the best decorum of childbirth, an omission which has yielded the inspiration for the Chinese press’s newest initiative—a chapbook of 2015’s most luxurious baby names. –AS