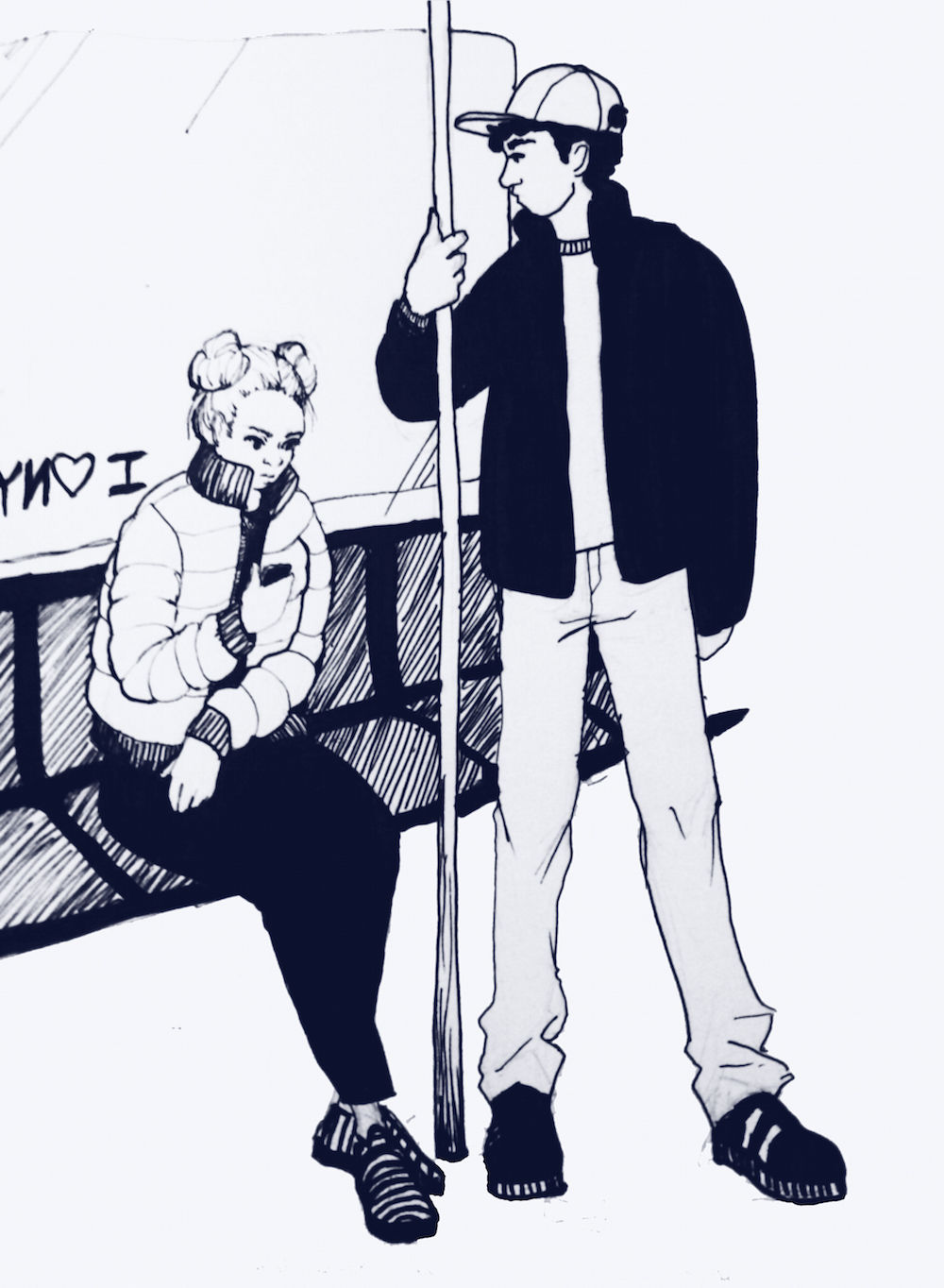 Last week, a new study delivered confirmation of something that many of us had suspected for decades: the New York City subways are teeming with bacteria, viruses, and the DNA of unidentifiable organisms. In other words, humans (and the occasional giant rat) are not the only living creatures on that jam-packed morning commute.

Typically when we hear the word “bacteria,” we run the other way. An abundance of anti-bacterial soaps, hand sanitizers and even facial cleansers have helped shape the public perception of bacteria as a symbol of dirt, filth, and disease. Companies spend millions of dollars marketing their cleansing, immunizing, and sterilizing products to anyone who dares depart the protective cocoon of their bedcovers each morning. We douse our skin sometimes multiple times a day in an assortment of chemical solutions, and less-than-daily showers become unthinkable lest we bring sickness into our lives. But in reality, the story is more complicated.

Researchers at Weill Cornell Medical College spent the last 17 months swabbing assorted public surfaces for DNA in each of New York’s 466 subway stations as part of a project called PathoMap. The study, headed by Dr. Christopher Mason and born from a curiosity about how bacteria might transfer between adults in close quarters, has resulted in one of the most extensive urban microbiology projects ever attempted. At final count, the team had found 15,152 distinct types of life in the city’s subterranean ecosystem. To put this in perspective, the carefully-controlled sidewalks and lawns above are home to only 50 different tree species.

The collected samples combine to form a map of the city that you won’t find in a guidebook. Want to know where people have been eating kimchi or sauerkraut? At a surprising number of stations there are microscopic traces of the fermentation agent Leuconostoc citreum to show you the way. They are the vestiges, perhaps, of a hurried lunch break or a tourist’s wander-fueled hot dog craving. The infamous Escherichia coli, as well as pathogens tied to food poisoning, were found in almost every one of the surveyed stations. Even the city’s different ethnic enclaves are on bacterial display; DNA sequencing of the human cells left behind at the stations showed clusters of Chinese, Mexican, and even Finnish descendants centered around stations in specific neighborhoods.

Still, on average only 0.5 percent of the DNA that the team collected was human, while that of insects, rodents, plants, and fish represented up to 15 percent of the total. The biggest portion, though—about 48 percent—was the DNA of organisms that had never before been identified. The rest of the microbial haul indicated the presence of things that ranged from the ordinary—mozzarella cheese—to the alarming—anthrax and bubonic plague. Luckily, most of the samples were dead upon collection, and only 67 of the over 15,000 were tied to disease-causing organisms.

Some of the subway’s most commonly found bacteria included those linked to food poisoning, toxic chemical cleanup, and artisanal Italian cheeses. Bacteria are single-celled organisms and can withstand a dizzying range of temperatures and survive almost anywhere: soil, water, within our own bodies. For instance, Acinetobacter radioresistens can withstand high levels of radiation and has evolved the ability to acquire resistance to multiple potentially harmful substances. Some strains are even resistant to all commercially available antibiotics.

A bacteria species called Pseudomonas putida breaks down organic pollutants such as toluene and oil, making it useful for cleaning up oil spills. Some types can live on pure caffeine. Propionibacterium freudenreichii also break down substances: often found in milk, these bacteria are known to spoil dairy products but are also used in the cheese industry to create Swiss, Emmental, and Jarlsberg. The bacteria create CO2 bubbles that, when popped, leave the characteristic holes in the cheese.

The chickpea-shaped Micrococcus luteus thrives on the oxygen-rich environments of your mouth, throat mucus-membranes, and respiratory tract. Some strains absorb ultraviolet radiation and are a prime ingredient of sunscreen, while others can slow down the metabolism of a sick patient and make their recovery process more difficult. Cronobacter sakazakii, which thrive in environments ranging from wastewater to synthetic surfaces, are the main cause of meningitis and various bloodstream infections. They can also survive for up to two years in very dry places, which has led to harmful trace amounts being found in products like powdered baby formula, herbal teas and even tampons.

A lot of bacteria have frightening effects. But for all of the specimens whose effects make your skin crawl, there are just as many that are crucial to your survival. The overwhelming majority of bacteria are the good ones that digest our food and produce vitamins, or, outside of the body, make important antibiotics or turn milk into yogurt. Furthermore, most of our cells are not actually our own. We carry roughly 10 times as many bacterial cells in our bodies as human cells. 99.9 percent of the unique genes in our body are of bacterial origin. We are walking bacterial colonies.

The general public’s lack of knowledge about bacteria’s importance has led to a feverish need to purge all surfaces, clothes, and other everyday items of all traces of microbial activity. This obsession with cleanliness has been partly responsible for an increasingly dangerous issue: antimicrobial resistance, or AMR. AMR, which is now a reality worldwide, has multiple sides. On the one hand, many antibiotics and antiviral or antifungal treatments for common ailments like pneumonia and urinary tract infections have become markedly less effective. Overuse of these treatments in situations that don’t call for them, as well as patients’ tendency to stop taking their antibiotics as soon as they start feeling better and before the prescription is complete, have caused microbes to evolve. Unless new treatments are in development, many routine illnesses will be untreatable in the near future because consistent exposure to the substances meant to kill them has left the surviving microbes strong enough to resist the treatments altogether. A manifestation of this dilemma: 27 percent of the subway samples turned out to be from antibiotic-resistant bacteria like Acinetobacter baumannii.

This same process has created ‘superbacteria’ resistant to commonly-used household items, for instance, your hand sanitizer. But at the same time, the overuse of antibacterial household and personal care items has obliterated the good bacteria from your system as well. That leaves your immune system in a compromised position from which to deal with increased odds of infection. Sadly, the desire to be sterile and free from infection has resulted in the possible eventual extinction of many of our medical advances.

Still, for better or for worse, at least one place has yet to give in to the hysteria around banishing bacteria and staying clean. The New York City subway stands as an unwitting beacon for the advantages—or at the very least, the relative harmlessness—of low-level microbial exposure. From sunscreen to staph infections, there were traces of just about everything wriggling around among the five and a half million people who travel through the cold, bacteria-ridden capsules each day. But before you decide to never again venture to New York, remember that your favorite coffee shop or neighborhood supermarket is probably just as much of a bacterial free-for-all—its members might just be a little different.

Camera Ford B’16 is a walking bacterial colony.