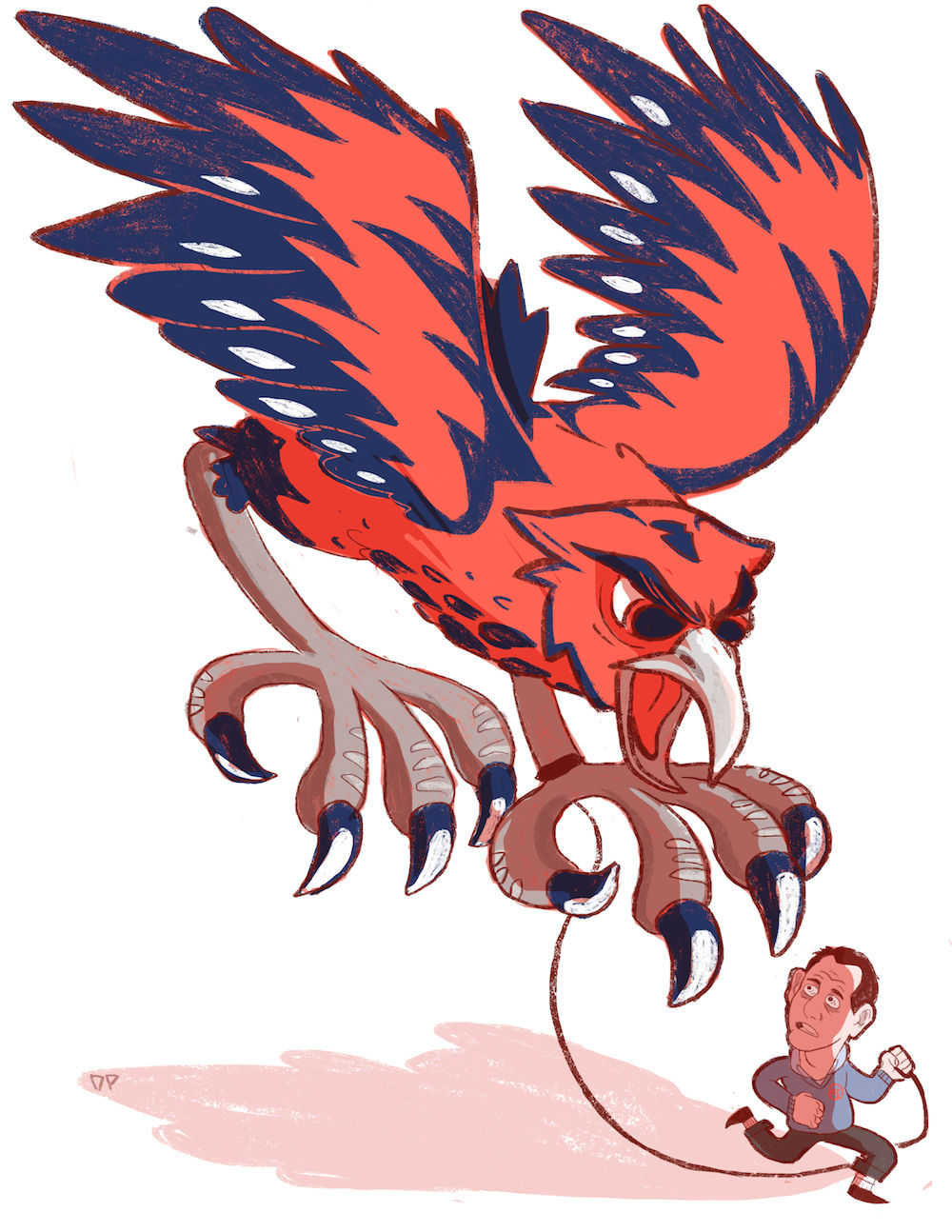 Watching the Atlanta Hawks play is like watching chaos. On offense, no one stops moving. The court is a constant whirlwind of picks, cuts, and passes. Center Al Horford moves up to set a pick for point guard Jeff Teague, rolls away a second too early, gets the pass, kicks to shooting guard Kyle Korver, who swings to forward Paul Millsap, who passes back to Teague, who shoots and scores. They jump from moment to moment, from play to play, never stopping. On defense, they constantly switch match-ups, extend into passing lanes, and reach for steals. This is the style of play that the Washington Wizards faced on January 11 in Atlanta. It was too much for the Wizards on both sides of the court, and Atlanta collected its 8th straight victory, 120–89.

But this chaos wasn’t confined to the court. The team had just been put up for sale following a scandal concerning an email sent by owner Bruce Levenson to the business operations team, bemoaning the predominantly Black home crowds. The Hawks had also just lost general manager Danny Ferry, who had been indefinitely suspended for making racially insensitive comments about Sudan-born NBA-er Luol Deng during a conference call. Yet, The Hawks had the best record in the Eastern conference and were in the midst of a 19 game winning streak—the longest of any NBA team this season.

Last April, when former Clippers’ owner Donald Sterling was caught on tape asking his girlfriend not to bring Black guests to his games, the NBA asked teams to self-report any potentially controversial statements before Commissioner Adam Silver’s lawyers found them. The Hawks complied, and Silver faced his second race-centered controversy in the three months he had been in office. Danny Ferry, the Hawks’ General Manager, said that Luol Deng had “some African in him… he has a store out front that’s beautiful and great, but he may be selling some counterfeit stuff behind you.” Even more damaging was Hawk’s owner Levenson’s email, which blamed the stadium atmosphere, including the prevalence of gospel and rap music in the half-time performances, for the lack of white fans at games. His complaints were horrifying, almost unbelievable: they ranged from complaints that “the kiss cam is too Black” to theories that “blacks dont [sic] seem to go as crazy cheering” to claims that “the black crowd scared away the whites.”

Levenson’s email not only shrouded racism in the business jargon of increasing a “season ticket base”; it also appeared to be factually wrong. Fifty-four percent of the city’s residents are African American. Thirty-eight percent of Atlantans are non-Hispanic whites. On his blog FiveThirtyEight, Statistician Nate Silver estimated that 48 percent of Hawks fans are Black, and 40 percent are white, with Hispanics and Asians making up the last 12 percent. Levenson’s own guess for the racial breakdown of Phillips Arena was that it was 40 percent Black. That means non-Blacks already support the Hawks and show up to games at a disproportionately high rate. But, as Levenson makes clear, it’s not about percentages—it’s about optics: “my further guess is that 40 pct still feels like 70 pct to some whites at our games,” and “southern whites simply were not comfortable being in an arena or at a bar where they were in the minority.”

In spite of these comments, fans, including those in the Black community, have continued to show up to the games. Part of this is attributable to the fact that people show up to sports events when the teams are doing well. But it also has something to do with how the Hawks’ owners are perceived in Atlanta. Rembert Browne, originally from Atlanta, insisted the scandal “isn’t about the Hawks,” it’s about Levenson being out of touch because he is a wealthy, old, white, male. Atlanta fans can support the Hawks in spite of their ownership because they are accustomed to doing so.

The controversy around the racially charged emails lowered the already low expectations for the Hawks this year. The owners scrambled to control the fallout from Levenson’s leaked emails. The franchise did not sign the superstar that it desperately coveted. Budenholzer, entering his second year as a head coach, assumed General Manager duties and suddenly became among the five most powerful coaches in the NBA. The Hawks seemed destined to remain a fringe playoff contender. The first few weeks of the season seemed to confirm these worries. Through Thanksgiving, the Hawks were a tepid 7-6. Mayor Kasim Reed demanded the team be sold by the end of the year. Then, unexpectedly, the Hawks won 14 of 16 games from November 26 to December 26. Despite a complete lack of organizational oversight, the Hawks went into 2015 on a roll.

This run continued into January, though there was now added motivation for their strong play: survival. Shortly after the new year began, the Hawks announced that the other two ownership groups had agreed to sell, so the whole team was up for bids. Days later, writer Bill Simmons suggested that two prospective buyers planned to move the Hawks to Seattle. If the Hawks and their attendance collapsed, the move could have become very real, very quickly. Though the current owner and the NBA have since made clear that any buyer would have to keep the team in Atlanta, similar promises were made about the Seattle Supersonics before they moved to Oklahoma City. The Supersonics and Atlanta Thrashers, two of the most recent professional sports franchises to relocate, were 20-62 and 34-36, respectively in their final seasons before moving. The stakes were clear: win and stay, or lose and go. The Hawks responded, maintaining their play and going undefeated January as the rumors of relocation faded.

I was at that Hawks–Wizards game with my sister in early January, awed by 48 minutes of chaos that flummoxed the Wizards and led to an easy Hawks victory. This on-the-court success has had an unintended consequence: people have forgotten about the turmoil in the front office and the unconscionable emails that caused it. The ascendancy of the Hawks’ unique and dizzying gameplay has become the dominant lens through which to view their season, erasing the memory of bigoted executives and the underlying problems that led them to believe that an arena ought to cater “to a 40 year old white guy.” On February 10, Grantland writer Charles C. Pierce, known for his blend of politics and sports journalism, wrote about the Hawks. The words “email,” “owner,” or “race” weren’t mentioned once in the fifteen hundred word article. Phrases like “unselfish” and “best story” have taken their place. He’s not alone. Sports writers Zach Lowe, Robert Siegel, and countless others have also written at length about the Hawks’ surprising dominance without making mention of the team’s reprehensible front-office. When fans and writers pay attention to the on-court controlled chaos, Levenson and Ferry become footnotes, buried deeper and deeper in the fine print, creating a false façade that everything is fine. The turmoil and pain they caused may seem to have faded, but it’s still there, just below the surface, waiting for a few more shots to clank off the rim.