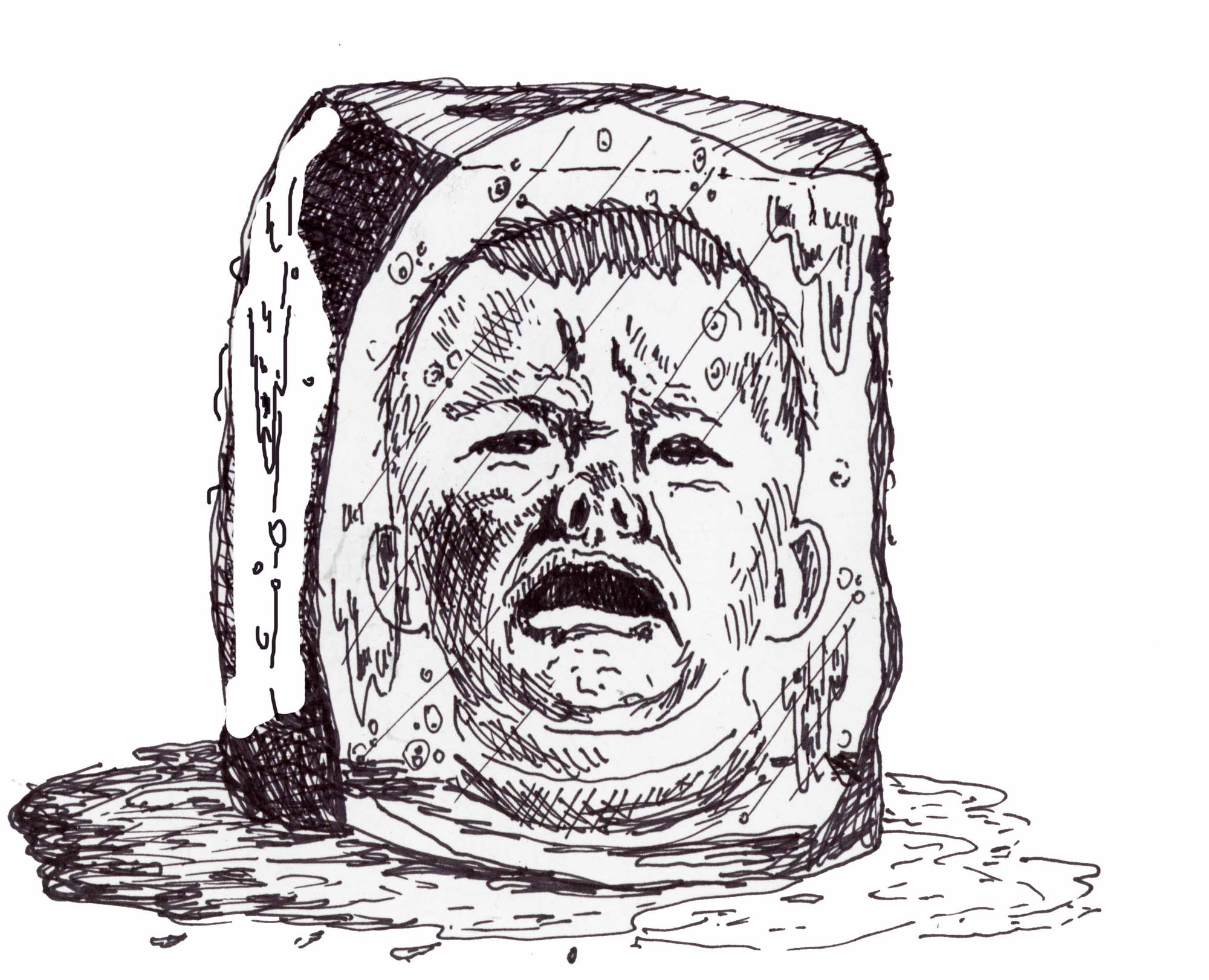 Leave Your Troubles in the Snow

A rosy-cheeked toddler breathes mist out from under a tightly pulled down cap. He wiggles back and forth in his car seat, struggling to gain momentum in his extremely puffy jacket. He kicks frantically at the seat in front of him. His sneakers light up. He stretches his shivering fingers in the direction of his sister, who licks frozen snot from under her nostrils. There are tears stuck to the collar of her jacket. Her lips are blue.

Eeek, what a disturbing image to kick off your Friday with. Hopefully you’ve got a party to go to tonight. Maybe you can have a few drinks and forget about the nasty moment that arose when you shrugged and thought, “maybe today’s a good day to support an amazing local publication.” You should sip some wine, try and put it out of your mind. After all, that’s what these children’s parents did.

Forty-six year-old Jennie Chang and forty-one year-old Christophe Lucas left their two toddlers in the car while they skipped off to a wine tasting at the upscale restaurant Ris, in the West End of DC. It was 28 degrees out and the heat in the car was not running. They were gone for over an hour. Eventually someone noticed the two children in the car and called the police, who proceeded to arrest Jennie and Christophe.

Of course, we shouldn’t jump to any conclusions about Jennie and Christophe’s parenting skills. As they told the police, they did leave behind an iPhone with an open line to monitor the children. And besides, Jennie and Christophe might have meant to only stop by the wine tasting. Maybe Christophe is a chatty Charlie, and Jennie kept saying “honey, we have to get back to the children,” but Christophe couldn’t leave because as he’s explained to Jennie like a million times now it’s rude to interrupt him while he’s is in the middle of a conversation, and maybe Jennie kept insisting that they need to go but then she overheard someone saying that the Seahawks were right to throw on that last play of the Super Bowl and her left eye started twitching that way it does when she’s angry (which Christophe keeps telling her is bound to give her astigmatism one of these days) and she charged over with fists clenched to set things straight and maybe, in the process of relentless politeness and brave defense of proper football strategy, Jennie and Christophe simply couldn’t make it back to their children in time.

Another explanation is that the couple, who live in a townhouse and own a Volvo, just didn’t want to shell out money for a babysitter, or the $10 for valet parking, during which a valet surely would have said something along the lines of, “umm, you seem to have left two tiny humans in your backseat.”

Either way, the courts of Washington, DC seem to frown on this kind of behavior, and our dear Jennie and Christophe are facing charges of second-degree cruelty to children. They could see up to ten years in prison and a fine of $10,000.

That’s enough for an 1870 Chateau Lafite Rothschild. But the worst news is yet to come for Jennie and Christophe: they don’t serve wine in jail. –DE

We have, all of us, been guilty of it at some point in our lives. We’ve turned on the TV and stared deep into the soulless, dead eyes of Ryan Seacrest as he crows, “we’re in the business of making superstars and this year, business is booming,” without the faintest trace of irony. American Idol has somehow reached its 14th season. I, as a young child of six, was indoctrinated back in the show’s early days when my family would gather each week to watch. We rarely made it to church, but American Idol was sacred. Every Wednesday and Thursday at 8pm, no matter what, we made it to the living room to tune in. And realistically, not much has changed since Idol’s Golden Age back in 2002: the rotating panel of borderline-celebrity judges, the tired song covers, the wannabe contestants. This week, viewers met Anderson Footman, aptly nicknamed “Hollywood,” as he made his bid for a golden ticket to the sunshine state. Footman, 22, moved to New York City three years ago and found himself a member of a population that has reached record high levels this month—New York City’s homeless.

Footman, gifted with a strong singing voice, wowed the judges and is on his way to compete with other superstar hopefuls all vying for the same dream that could change their lives forever. He has already, reportedly, moved out of the shelter he was living in. This is where we fade in the hopeful music, and Paula, or J. Lo, or Mariah, or whatever incarnation of bedazzled diva they found this season, gets misty eyed.

Of course, back in NYC, 59,068 people don’t get to watch Footman because they don’t have homes, much less TVs. The number of homeless has spiked nearly 10 percent since Mayor de Blasio took office, forcing an administration that campaigned on ending inequality to house many of these families in decrepit tenements already condemned by city inspectors. These buildings, known as “cluster sites,” have wracked up hundreds of code violations. Multiple companies manage these buildings and profit from contracts and subsidies granted by the city; while they hold families in apartments outfitted with temperamental heating, peeling paint, and partially collapsed ceilings.

The city is making plans to rectify the situation, which include converting the buildings into permanent housing and cutting subsidies to cluster landlords. But one can’t help but wonder how realistic these plans are, considering that the city hasn’t even succeeded in getting the buildings up to code.

It is surely a complicated problem: a strapped shelter system with far more families flooding in than going out. Our friends at American Idol would cue footage of Footman busking now, if they could, but this isn’t television. –DP