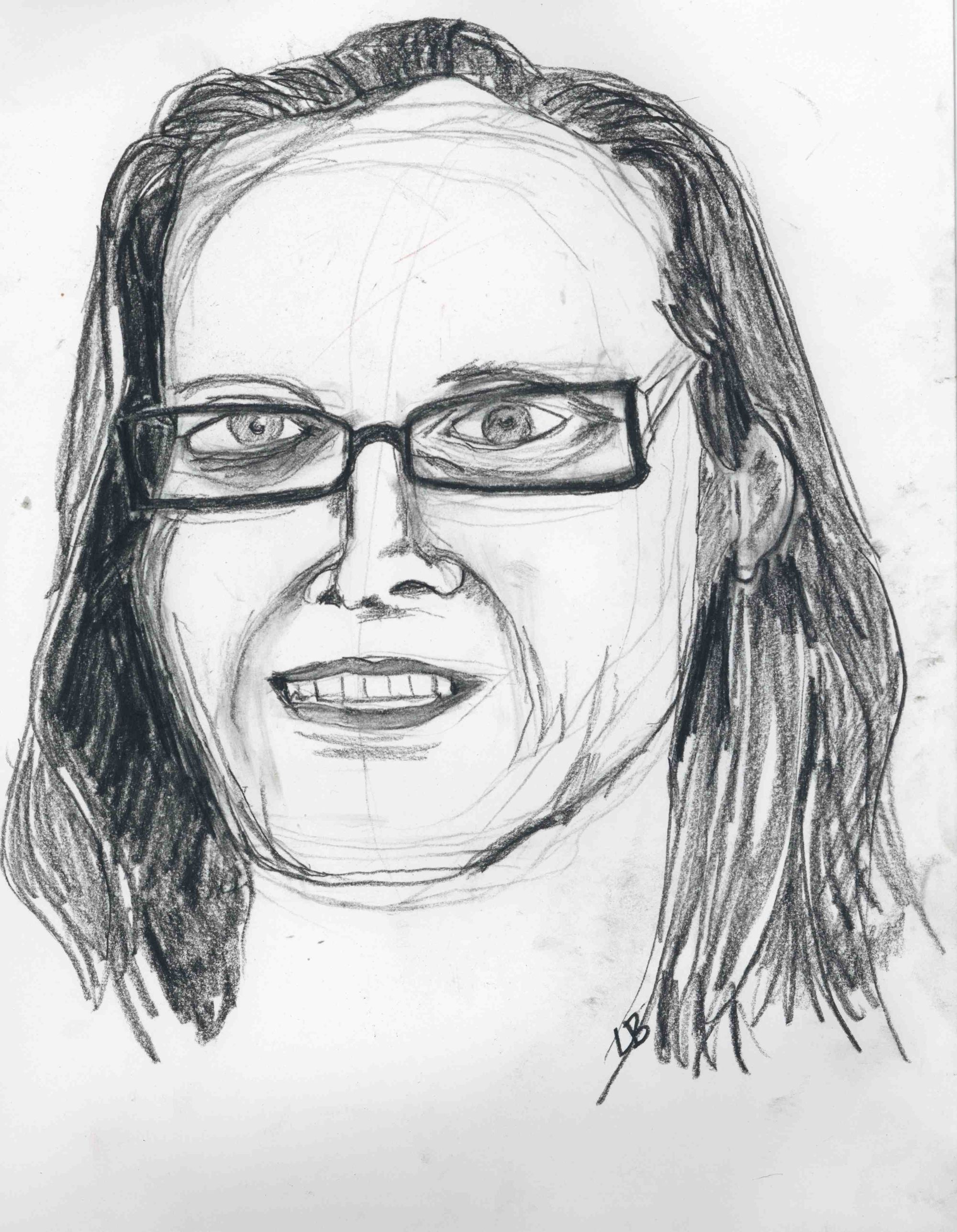 Lydia Davis lives in a converted schoolhouse in upstate New York. When I think of her, I think of her perched by a large window at an unfinished wooden table, bare of everything but a single sheet of lined paper, a carefully sharpened pencil, and a mug of Earl Grey or black coffee. She writes little stories: controlled, exacting, precise. Sometimes they are just one thought long; a story titled “Bloomington” reads: Now that I have been here for a little while, I can say with confidence that I have never been here before. The folks at the MacArthur Foundation call her a genius. They say with confidence that we have never been here—in a curated, pared-down landscape of collected moments sticking out of the sand, so intimately familiar and so impassively bizarre—before. Davis’ narrators are dispassionate, matter-of-fact, neurotic, their anxieties pressing, intimate, funny. They remind me vaguely of my mother, in an early-morning menopausal insomnia kind of way. Davis has written one novel, eight short-story collections, one book of poetry, and many translations. Here, we email about dreams, and trains, and being sick of neuroses.

The College Hill Independent: Many of your stories—especially in your most recent collection, Can’t and Won’t—take place in trains and buses. What is it that draws you to these particular settings? Is it their insularity? The remove they provide from the landscape passing by through the window? The possibilities that open up when one is confined in close quarters with complete strangers?

Lydia Davis: I like all your suggestions, and maybe all those factors play a part—I definitely like the insularity, the landscape passing, and the cast of strangers one is thrown in with. There are more mundane reasons that some of the stories are about travel, as well: I am forced to sit still for a while, I can read or write (I don’t carry a laptop or smart phone), or watch people. Thoughts come to me and I write them down. I am sitting still, but outside the window (in a train) something is happening—but not something very exciting, so I watch the landscape and then I’m returned to my own thoughts. A good situation for writing.

The Indy: I find your dream pieces in Can’t and Won’t compelling, and think that they fit in to a larger focus in your work on the logic in the absurd and the absurdity in the quotidian. Often though, in real life, when someone wants to tell you about his or her dream, you want to run the other way. What was it about these dreams that inspired you to write or translate them into stories?

LD: I agree with you about this paradox, and I’ve thought a lot (of course) about how dreams work. For the dreamer, since logic is suspended during the dream, the dream is just the same—while it’s happening—as waking reality, so it has tremendous force.  For the one who hears about the dream, it has none of that emotional force. My challenge to myself was not to recount every detail of a dream—unless, as was sometimes the case, it was a very brief one—but to extract from it what could be shaped into a tight, short, vivid story, or fragment. At the same time, I wanted to extract from a waking experience the part of the experience that was dreamlike, or could be narrated in language that made it sound like a dream. I was interested in the line between the waking and dreaming experiences.

The Indy: Your stories are difficult to categorize, and have been variously described as flash fiction, prose poetry, philosophy, etc. Much of what you do reminds me of the work of the French Oulipo writers—Queneau, or Perec. How important are constraints to your work?

LD: I don’t impose constraints as part of my working process. The constraints may impose themselves, of course. In fact, they usually do—i.e. the material itself requires the story to be long (e.g. in the case of the one novel I’ve written, The End of the Story), or very very brief, or that there be hiccups interrupting words throughout.

The Indy: You’ve said before that although your narrators are distinct from you, you often write from your own life experiences. I wonder if this goes both ways—do you, in real life, ever draw from your narrators, or feel their voices bleeding into your own? Do you ever see, for instance, your real life letters devolving (or evolving) into pieces like The Letter to the Foundation or Letter to a Frozen Peas Manufacturer?

LD: I was going to say, No, never, to your question until I read the end of it. I don’t generally feel those narrators insinuating themselves into me in my normal daily life, but it is true that I may start a piece of writing that is not intended to be more than a practical letter, and find that one of those narrative voices has taken control, and the practical letter is no longer that, but another story.

LD: It was actually much harder—to my surprise. I had tried English to English once before, translating the beginning of Lawrence Sterne’s A Sentimental Journey into modern English. I found that very difficult, because I was normalizing the stylistic eccentricities and thus losing some of the interest. In this case, I had intended simply to translate the dialect in the book—there is a lot of it—into standard English, which also loses something, of course. But then I felt I ought to modernize some of the 19th-century inversions, etc., in the narration, and since the book would be aimed at children, maybe I should also change a harder word to something easier, like “melancholy” to “sad.” But I didn’t know just how easy to make it. I became very confused. It also made me more aware of how different “melancholy” is from “sad.” But I think the project turned out all right. Time will tell. I wanted the book to have a new life, not to disappear, and I think that has happened, in any case.

The Indy: In a conversation with Francine Prose, years ago, you spoke about rhythm in writing, and how important it is to you that writing is constructed beautifully. What do you think makes a piece of writing musical or beautifully constructed?

LD: I don’t think a piece of writing has to be “beautifully” constructed, but rather strong, secure, balanced, or, if you want it to be unbalanced, lame, then it should be that—it depends on the piece of writing. Some of mine trail off at the end, for instance, which is usually deliberate. Somehow, you have to keep a sense of the whole piece in your head as you write or after you have written it—is it weak in the middle, in the end? I hear the text in my head as I write. I don’t read it aloud, because I don’t need to. But I have met people who don’t hear what they read. I think they must be missing a lot, in that case.

The Indy: You’ve spoken, at various times, about Sebald, Beckett, and Kafka as three writers you have studied closely or admire. Is there an element of writing that spans the work of these three writers (or others, if you’d like)—a common denominator that specifically inspires you?

LD: Good question, and I’d have to think a little to see if they do have something in common. I’m not sure they do, except that they are innovative, and excellent, each in his own way. Beckett and Kafka do both have a sense of humor, though we don’t think of them as primarily humorous writers, of course. I don’t think the same is true of Sebald. Beckett plays with language self-consciously, which I don’t think the other two do. They all have strong, individual visions, however. They are not American, but European, and maybe that touch of the exotic also draws me to them.

The Indy: Many of your stories are filled with neuroses, anxious and obsessive narrators. In some ways, the shortness of some of your pieces would seem to be antithetical to the kind of cyclical constancy of these neuroses. How do you think brevity and obsession fit together in your work?

LD: You’ve saved the hardest question for last. Let me see... The anxious and obsessive narrators don’t have to be present in each story. For example, in the little story about the cornmeal and its condensation, or the little one about the ladybug making a decision. The obsessive or neurotic narrator is fully present, I think, in “The Letter to the Foundation,” which is very long, goes on and on, as she thinks things through for herself and returns to her thoughts to modify them. There is room for all kinds of stories, depending on the material, and often, certainly, the material doesn’t need to include that neurotic narrator. I’m a little tired of her, so maybe we won’t see so much more of her in future...