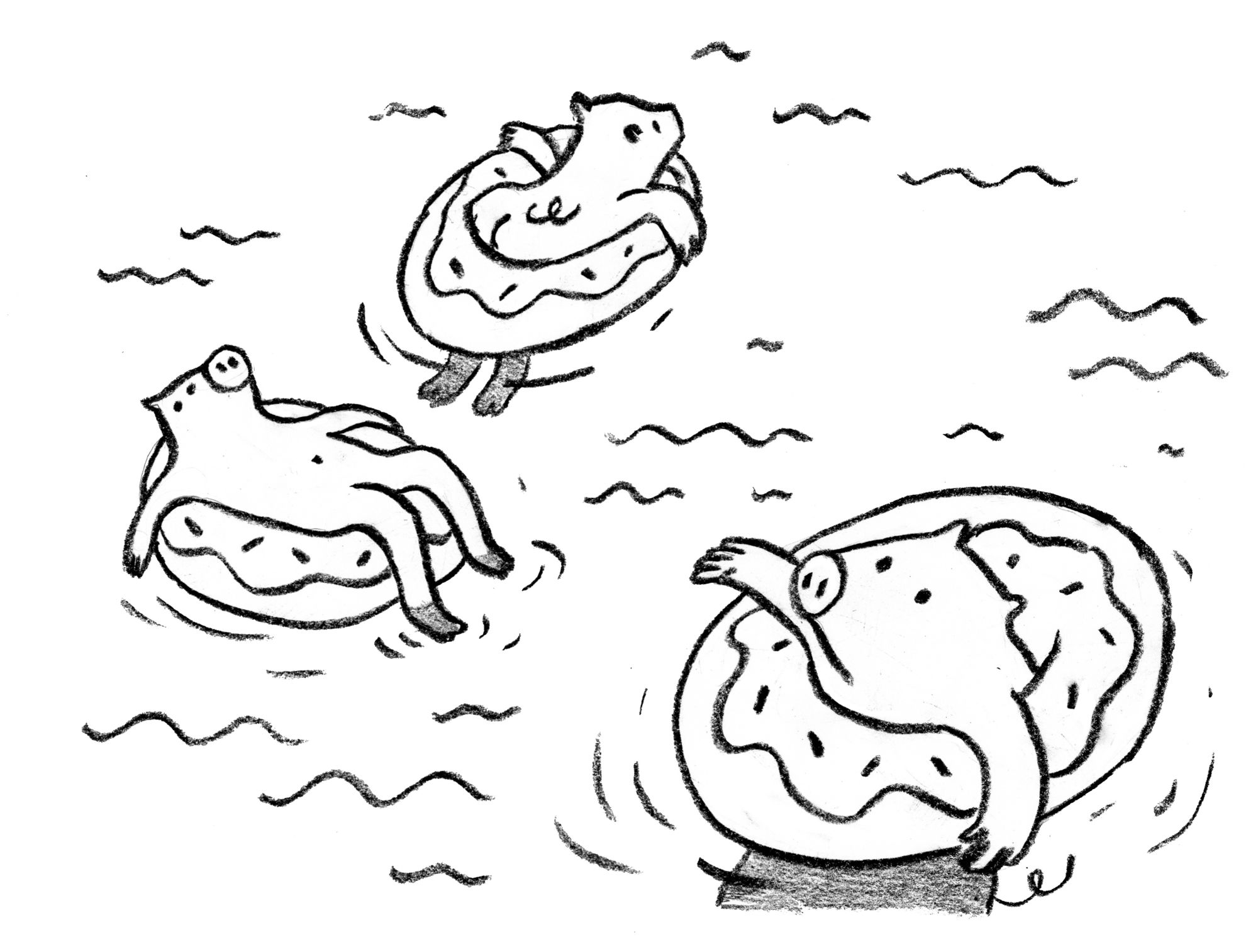 Where: The University of Texas, Austin, TX.

When: Sometime between the year 1987, when the brains were given to the university for research purposes, and this week, when it was announced that the brains were missing.

How did the brains go missing? Unknown at this time. Whose brains? Dead inmates from the Texas State Lunatic

That’s macabre. But seriously, whose brains? Well, one of the brains was from Charles Whitman, who in 1966 climbed to the top of the university’s 307-foot tower and killed 16 people with a rifle.

Public statement: “We’re moving at breakneck speed to figure this all out,” UT spokesman Gary Susswein told the Houston Chronicle. “We obviously take this very seriously.”

Is the University of Texas taking this very seriously? Probably.

Actual email from a University of Texas doctor: “I have been racking my BRAIN trying to remember where those brains went.”

This year, we’re starting early—all of us. By the time the ball drops, we’ll be eating 2,000 calories; no more, no less.

Even the federal government is on board; mandating calorie counts on the menus of chain restaurants across the United States. Other countries are getting in on the action, too: Mexico is trying to slim down what is now the world’s fattest population; Europe is getting ready for beach season. The War on Obesity is on, and solidarity has never been so resounding.

The calorie count clocks in at 1,966, which, in all fairness, allows the consumer to eat an additional ten small grapes before broaching the calorie ceiling.

The meal has engendered passionate assessment on both sides of the aisle: customers have called it “ludicrous,” “irresponsible,” and “unethical,” while asserting that “the Hungry Horse obviously has no conscience.” The Hungry Horse prefers to call the concoction “bizarre but brilliant,” and “so wrong, it’s right,” which is, of course, exactly what someone who has done something ludicrous, irresponsible, and unethical would say.

This time of year—the month-long span between holidays of engorgement—presents an extended opportunity for many Americans to indulge in a time-tested one-two punch. Eating and then sleeping, and doing so much of the first that the second emerges as the only way out, is national canon. The search phrase “food coma,” according to Google Analytics, spikes precipitously each November. Ricardo Cardona of Austin, Texas, entered his at a truly inopportune time.

Cardona, 28, broke into Hudson Meats early Saturday morning and, after taking sausages from the walk-in freezer, fell asleep inside the butcher shop. Reports produced after the incident indicate that Cardona had no intention of robbery, but merely dozed off after a night of heavy drinking. Surveillance footage from the shop has circulated widely in the past few days, appearing at the end of many local news segments in Texas and elsewhere.

Taken in isolation, Cardona’s criminal trespass charge seems banal. But when linked with other sausage-related crimes in Texas, a large picture emerges. In late November, Regina Shaw of San Antonio was charged with stealing $6,400 worth of sausage from her employer, Kiolbassa Provision Company. The logistics of Shaw’s crime are far more puzzling. Reports make it unclear whether Shaw pilfered the kielbasa over a long period of time or in one, all-out, wiener heist. If you assume that a single sausage costs $6 (and that’s a generous estimate), Shaw still would have taken over 1,000 sausages out the door. Shaw, San Antonio’s KSAT reports, used some of the sausage to directly repay a debt. Unfortunately for Shaw, her lender turned her in. Totally not kosher.

So, if you own a small business selling meats in the Lone Star State, be on high alert. This holiday season, Texas has witnessed some of the wurst crimes ever.