Running Down the Clock 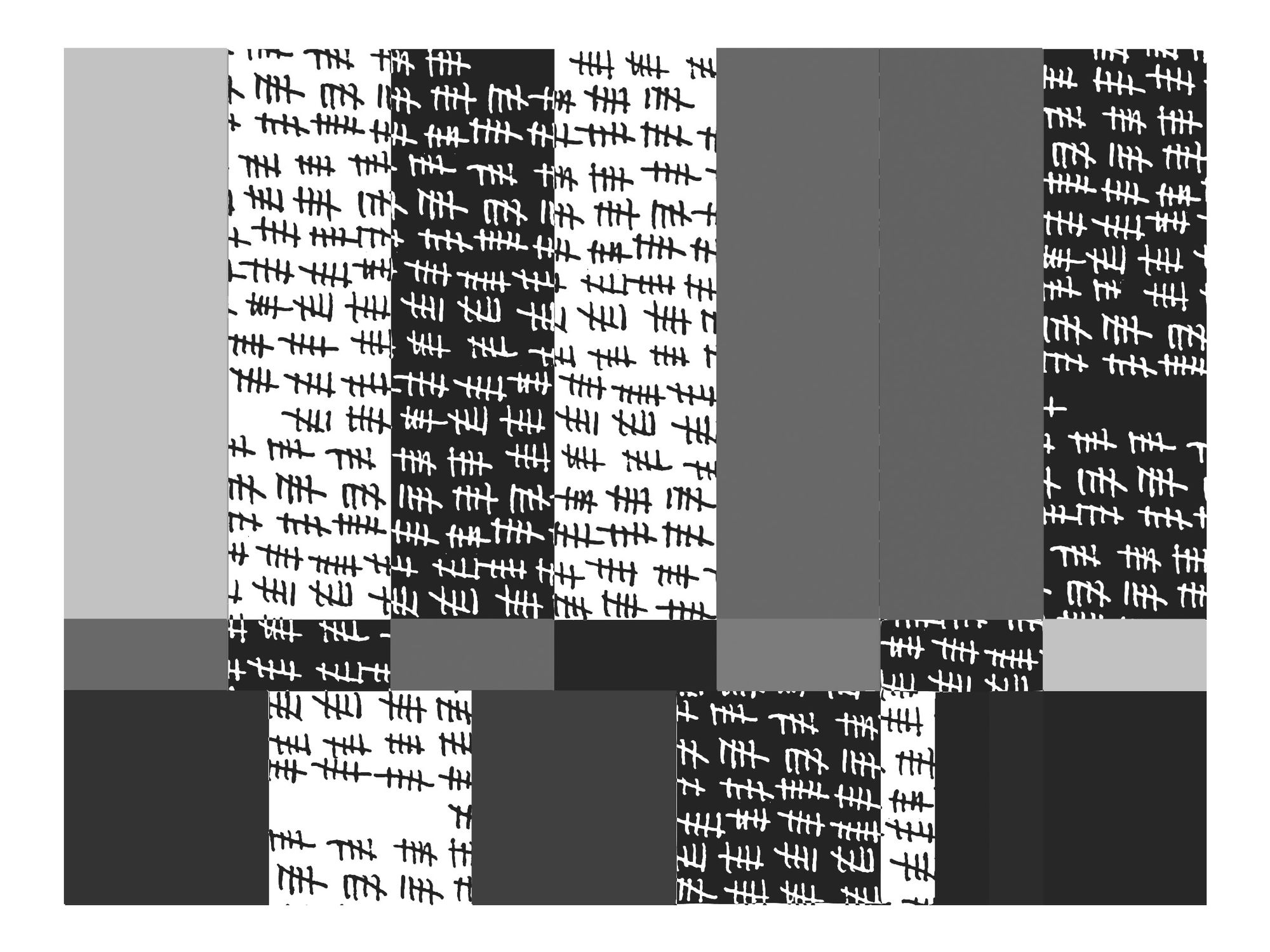 All major sports, at their core, are structured by time. Time structure differentiates an NBA game from pickup, performance from practice. Sports become official when they comply with the time structures imposed by their regulatory organizations, both national and international. The times can be absolute: a basketball game lasts for four 12-minute quarters, a hockey match for three periods of 20. They can also be relative: a baseball game lasts for nine innings, a unit of time further broken down to outs, or even more finely into strikes. A soccer match, which lasts for two 45-minute halves, has time appended at the end of each to account for stoppages in play. In most sports, if no winner can be determined at the end of regulation time, more is added on. We go to overtime, extra innings, and penalty kicks. When the score is close and the clock is running down, managing time becomes the game itself. Managers, coaches, and players extract as much as they can from each second. Time, in sports, is wrung dry.

Managing time is both the central conceit of sport and the main tenet of globalization, figured always as a competition. This comes, in part, from the sticky and pervasive rhetoric of the “global stage”—an abstract space in which, once qualified, nations may enter and compete. Globally networked capital has its own rhythms and flows, always trying to conquer, profit, and wring dry. “In the future,” a recent HSBC ad reads, “there will be no markets waiting to emerge.” In time, somebody will have won.

When coupled with globalization, time always comes tethered to space. Time, both in sports and global capital, has a locus. As sports travel from West to East and back again, struggles emerge over whose structures of time will shape the game. The structuring of time and the division of time zones, a project of industrial Europe, carries within it a logic of dominance over space. If time can be gridded and its space mapped, power comes from keeping the clocks.

Through tension in time, sports broadcasts maintain viewership in an era where all else can be time-shifted. The live sports broadcast is one of the few televised events that, in 2014, refuses to meet you when you are. It’s not just that sports can be live but that, in order to sustain a market, they must be. Spectatorship hinges on “real-time.” Advertising space during sports broadcasts is more expensive because a commercial-enduring audience is all but guaranteed. A global network of information, the very network that in theory collapses distances and makes time irrelevant, actually guarantees the time-sensitivity of sport. Because the news of a goal or victory travels at fiber optic speed, the only way to remain in the game is by following it live.

In early October, the NBA announced a renewal of its media rights deal with Turner and Disney. The two major networks will pay the NBA $24 billion over the next nine years in exchange for exclusive national broadcasting rights for its games. It’s a 180 percent increase from the previous deal. Suddenly, $385 million for the Sacramento Kings seems like a goddamn bargain.

In a September interview with Bloomberg TV, NBA commissioner Adam Silver said that Kings owner Vivek Ranadivé thinks the “greatest deal in all of sports is the least expensive NBA franchise,” because even the league’s smallest-market team gets an equal share of any global prospects. “It’s my job,” joked Silver, “to demonstrate he’s right.”

A New Yorker article from October 2013 estimates (via figures provided by the Chinese Basketball Association) that there are nearly 300 million Chinese people who play basketball The number, roughly equivalent to the entire American population, represents an entire market that NBA commissioner Adam Silver and many of the league’s owners are eager to cash in on. In the Bloomberg interview, Silver echoed Ranadivé: “A large part of the value in buying a smaller market team in the United States is the fact that you do have 1/30th of China, 1/30th of India, 1/30th of Africa, 1/30th of the entire world.” Silver slips into metonym, referring to a country or continent in place of its potential media rights money. The slip is telling: as an NBA owner, you can try to own a share in entire countries, both developed and developing.

The parallels between sports and time, time and money, money and globalization feel abstract until, suddenly, they are no longer. A flight through recent sales of NBA franchises makes the connections unavoidable: the Los Angeles Clippers to Microsoft’s Steve Ballmer for $1.2 billion, the Sacramento Kings to real-time computing billionaire Vivek Ranadivé for $385 million. In a perfect neoliberal allegory, former US senator sold the NBA’s Milwaukee Bucks to Wall Street investors Wesley Edens and Marc Lasry last year for $585 million. That the rich own sports teams is nothing new. But a lot has changed since Malcolm Gladwell argued, as recently as 2011, that buying a basketball franchise is a vanity purchase, like owning a Van Gogh.

As the global market for live basketball consumption grows, the prospect of simultaneous global broadcasting stages a struggle between time zones. The distance between sporting event and spectator can be vast, but the time-delay remains miniscule. An NBA game played at 7PM EST can be seen in London and Beijing at the same time it can be seen in New York, but it doesn’t change the fact that 7PM on America’s east coast is midnight in the United Kingdom and 8AM in China. “The biggest challenge [to growing the sport] is the timezone differences,” Silver told Bloomberg. “Once the audience becomes big enough,” he suggested, “maybe it’s not so crazy to ask a team once every two months to play a Saturday morning game.” This would present a radical shift in the practice of time-shifting: rather than fans across the globe waking up early to watch a game, American players would wake up early in order to be watched.

What then, of sports on the global stage? Events like the Olympics and the World Cup have become a way for countries to bid on opportunities to prove themselves capable of managing the world’s time. If the audience is truly global, someone somewhere is waking up in the middle of the night to watch. From the 2008 Summer Olympics in Beijing, where the Opening Ceremony featured performances synchronized so tightly that any slippage seemed impossible through the 2010 World Cup in South Africa, where apartheid could be shuffled into the past, to the 2014 Winter Olympics in Sochi, where the poor timing of a firework forming the Olympic rings triggered the declaration of the entire event as a “fail,” large global sporting events require nations to prove themselves able of keeping time. In Sochi this winter and in Brazil this summer, the world gossiped about whether or not these countries would be ready. Could they get it together in time?

Each of the last three World Cups have featured, as a bridge between the host country and international advertising campaigns, an “official slogan.” It seems unsurprising that, in marketing a global sporting event that recurs once every four years and, in doing so, brings its participating countries to a near-standstill, some reference would be made to time. The 2006 Cup, in Germany, was “A time to make friends.” In 2010, South Africa offered a slogan of “Ke Nako,” which translates from Sesotho to English as “It’s time.” This past summer, in Brazil, the slogan was “All in one rhythm.” Brazil’s Sports Minister, Aldo Rebelo, said that the slogan was an invitation “to find and explore the new rhythm of Brazil: the rhythm of unity and diversity, the rhythm of innovation, the rhythm of nature, the rhythm of football and the rhythm of Brazilian culture.” Rhythm is time with a structure already built-in.

The use of “rhythm” here feels anticipatory, as if by positing a global rhythm through soccer, Brazil, too, might join the ring of FIFA-elite. “Unity,” “nature,” and “innovation” also serve to make invisible the perilous working conditions of the many migrant workers who built the stadiums and the mass evictions in Rio de Janiero’s favelas.

FIFA, as a governmental body, has also faced numerous charges of corruption. An investigation is underway on the 2018 and 2022 bids, awarded to Russia and Qatar respectively, though the findings have not been released to the public. If the 2022 Cup does remain in Qatar, whose summer temperatures average between 95 and 115 degrees Fahrenheit, some sort of time-shifting has been deemed necessary. Matches will either be played late at night, or during the winter months.

The bid reports submitted by each country to FIFA read as justifications for entry—an argument for how that country might comply with European viewership. A large part of the analysis offered in the bid report is the effect of the potential host country’s time zone on viewership for those in and around Greenwich Mean Time. There is still a center.

The fantasy of globally televised sport is that it collapses distances and differences. During this past summer’s NBA Finals between the Miami Heat and San Antonio Spurs, the NBA ran a commercial that featured LeBron James on television screens across the globe. The camera cuts rapidly between clocks hanging on the wall and TV sets sitting on their stands. With each tick of the clock, the language of the commentators shifts. We hear Spanish, English, Italian, Portuguese, Japanese, and Chinese. Then LeBron dunks the basketball, and the differences collapse. Every broadcaster yells in unison: “James!” The commercial airs in LeBron James Standard Time. The fantasy that sports can collapse differences across time remains centered around a world dependent on Western exports.

ESPN ran a nearly identical ad during the World Cup, a montage of people watching matches in Brazil, England, Ghana, Spain, Russia, Iran, Japan, the US, Mexico, and Chile. “Every four years,” the ad concludes, “the world has one time zone.” While the ad cuts across and between different nations and cultures, power is still fixed in place: in the Ghana of the advertisement, a man pedals on a stationary bike to power the match on TV. This is not one rhythm.

During the Cup, author Teju Cole conducted an experiment on Twitter from which a different picture emerged. He asked his followers to photograph their television screens during matches, and upload the photograph alongside the match time (i.e. 9th minute) and their location. The resulting collage, still viewable under #timeofthegame, documents an entire global network around the match. At timeofthegame.o-c-r.org, all of the photos have been stabilized with a screen in the center, lapsing through time from the first minute to the 120th. The time of the game is relative, not absolute. “We live in different time zones, out of sync but aware of each other,” Cole wrote. “Then the game begins and we enter the same time: the time of the game.” Rather than forcing a global unity, the time of the game viewable through Teju Cole’s analysis offers a slightly different read. #timeofthegame is not rhythmic but polyrhythmic—a number of different tempos sounding at once, sometimes locking in, but sometimes not.

But despite the insistence of advertisements on ESPN, a sporting landscape where the West is not the center is an impending reality. Last month’s 2014 League of Legends championship, where (mainly Korean) teams competed at the computer game, was viewed by 20 million people and broadcast by ESPN in the middle of the East Coast night. The shock of Adam Silver’s speculation that NBA teams will play 10 AM games comes not, maybe, from the idea that the players will wake up to be watched, but from the prospect of American fans having to wake up to watch American sports. Who is ringing the alarm?