On Top of the Wave 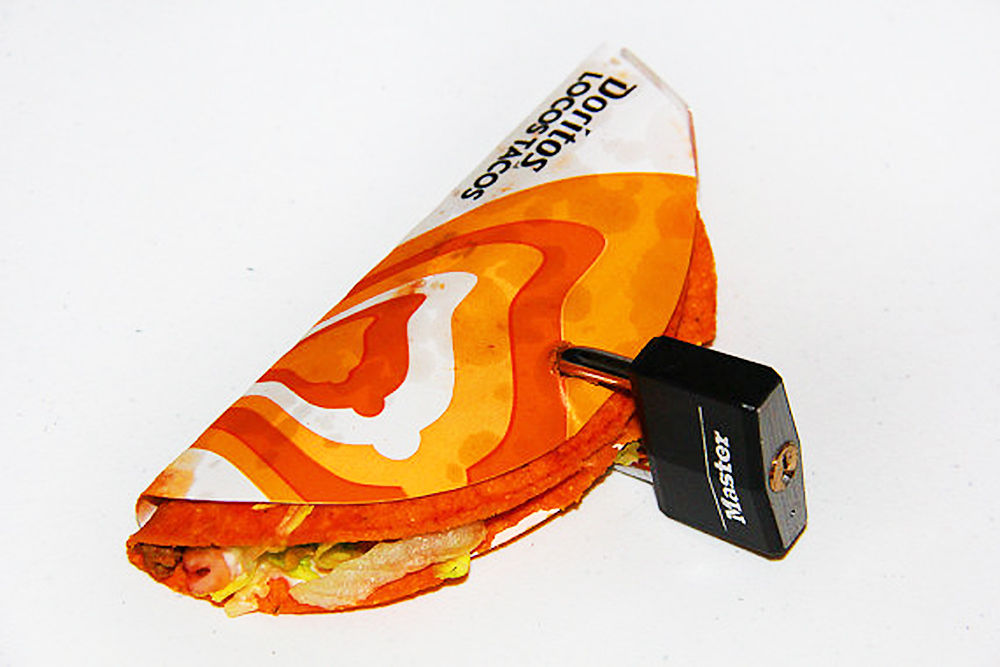 Before coming onstage, artist Brad Troemel hits play on a YouTube music video. It’s a song called “Bewitched” by scenester electro-pop duo Blood on the Dance Floor. The video seems to be a sort of cautionary fable about trusting (goth) girls. They’re probably witches, planning to leave their spiky-haired, YRU-boot-wearing lovers to enchant normie guys who drink beer and tote guns. The girl cheats to refill a magic necklace, which is apparently powered by infusions of love from the human losers she can dupe. But the face-paint, manga hair, and videogame graphic effects are too distracting to process what the hell just really happened. After the video comes to its tragicomic conclusion, Troemel walks to the podium. “This is the world we live in,” he says, and the audience laughs.

Troemel is one of the most prolific members of a contemporary movement of net artists using online media to test the bounds of traditional artworks. Best-known as the creator of The Jogging, a Tumblr gallery, Troemel also teaches at Pratt Institute and the School of Visual Arts in New York. He cocreated the book ZzzZzZ with Edward Shenk, and recently opened an Etsy store selling products like a MasterLocked taco (entitled DORITOSLOCOS taco MASTER LOCKED shut (Key Sold Separately) Highly Significant (Consider The Consequences of Tardiness)) and vacuum-sealed bags containing issues of Semiotext(e) and Bitcoins. Though his brand is built on his online presence, Troemel also shows at galleries. His most recent piece, LIVE/WORK at Tomorrow Gallery in New York, features three Plexiglass ant farms full of an edible gel. Tinted layers of gel bleed into each other like colored sand sculptures, each color representing one of three charities. The ants that displace the most of a certain gel color by the end of the exhibit will earn 10 percent of the proceeds for that color’s sponsor charity.

Troemel doesn’t start with any of this—he opens his lecture, bizarrely, with a list of tips for art students. “Find good people while you’re here... if art is a conspiracy, you need good conspirators,” he advises the audience. “Keep your eye on the prize beyond Providence.” The audience filling Martinos Auditorium doesn’t quite know what to make of this. Some RISD sophomores in front of me are snickering. It’s hard not to wonder if this isn’t a performance, too: a calculated overshoot of the tropes of college advice, like the Etsy store overshooting a certain DIY sensibility and ZzzZzZ exaggerating the imagery of right-wing memes. But something tells me that Troemel, 26, needs to do this. There’s an earnestness with which he dispenses the wisdom of an established artist to his audience of students, some of whom are barely younger than he.

Troemel moves on to speak about his work, focusing on The Jogging and ZzzZzZ. He gets another laugh when he shows a piece called “MacBath,” a deadpan photo of a laptop submerged in a bathtub that went viral on Tumblr. He follows with a Bin-Laden death truther meme featuring a photo, inexplicably, of Duck Dynasty’s Phil Robertson. Troemel presents his images in a sort of anti-slideshow of MS Paint screenshots successively layered on top of one another with Times New Roman captions. He references Gatorade and Jerry Saltz, rapper Lil B, Baudrillard, and Livestrong bracelets. His intentionally artless Web 1.0 vibe walks the same line as much of his work: it could be mistaken as nonsense by someone who doesn’t get it, and it feels great to be in on the joke.

Troemel builds much of his lecture on a theory he calls "athletic aesthetics," first laid out in a 2013 essay for The New Inquiry. In its opening paragraph, he declares, “The longderided notion of the 'masterpiece' has reached its logical antithesis with the aesthlete: a cultural producer who trumps craft and contemplative brooding with immediacy and rapid production.” The athletic artist or “aesthelete” and their audience exist in a feedback loop where patterns of output matter more than any individual work, and the image’s dissemination by the “accidental audience” alone elevates it to the status of art. Unlike traditional art spaces—galleries, the page, a record or CD—the Internet is a boundless archive where mass of content supersedes content itself. Individual craft is dead because it has a small payoff in the attention market; the new artist builds a personal brand through ubiquity instead of elusiveness. Honestly, the essay reads like an Adderall-fueled rehashing of Marshall McLuhan’s The Medium is the Message. But that isn’t a mistake. The essay itself is a product of what Troemel calls “aesthleticism;” it’s simply a prosaic version of its theory of image hyperbolism.

Brad Troemel’s art concerns itself with dividing lines— most obviously, the line between what is art and what is not art. Understandings of space, audience, intention, and content espoused by critics and galleries are subverted. The Jogging is consumed by fans at both ends of a wide spectrum of inthe-know-ness, and pumps out content that often is low on technical difficulty but high on cultural reference. The images are intentionally easy to divorce from their original context as art works. One of the faux anti-Obama memes from ZzzZzZ was redistributed by a right-wing Facebook page, and a photo of bacon cooking in a straightening iron by artist Aaron Graham was uploaded on Failblog equivalent “There, I fixed it.” Troemel’s work comes right up to this line and doesn’t cross it, but pushes, bends, refracts it in order to see—and to show us—what its rules are.

And we care about this line because it has something to do with the separation between the artist and capital. In his lecture, Troemel mentions David Joselit’s theory of image neoliberalism—the position that art is a commodity on the free market that can be bought and sold, removed from its original context without losing anything vital. Much of Troemel’s art pushes image neoliberalism to its extreme, with its obsessive focus on output over craft, crowd-sourced editing, and the insistence that anyone can be an artist-entrepreneur as long as they know how to self-promote. His work is polemic: it shows us that, on some level, we still want Emily Dickinson in the attic, Van Gogh dying poor and anonymous. There is something that we don’t want to hear about the artist’s entrapment by society, and especially their complicity in the relations of capitalism.

Troemel’s athletic aesthetic theory responds to this with what is essentially a form of accelerationism. If there’s something that feels sleazy about privileging the perpetual sprinter who generates 10 Tumblr posts per day over the isolated craftsman, that’s good. Underlying accelerationist projects is the idea that art that distances itself from the structures of capital is too easily integrated into a counterculture market. The strategy is to instead engage with the structure, play the game too well, and speed towards depleting the possibility of more things-for-sale. This deep engagement with Doritos and Gatorade, personal branding and neoliberal narcissism, is meant to make the viewer uncomfortable. But it also makes art like Troemel’s fascinating to pick apart. Athletic aesthetics exist against a backdrop of markets that grow more abstract— algorithms for automated high-frequency stock trading, large-scale data sales, affect economies, rapid regeneration of saleable identities. The Jogging holds up a mirror to these economies and generates, on a massive scale, new art, artists, and art critics. But the mirror is skewed to show us how the medium works.

Troemel exhibited a series of paintings at the Zach Feuer Gallery this June that depict a cartoon lumberjack sitting on the end of a branch, sawing away at his perch in blissful ignorance. His speech bubble reads, “At least I’ve got a job!” The image is taken from the Earth Liberation Front’s archive in exchange for what Troemel mysteriously calls a “sizeable donation,” and each print is stained with organic Whole FoodsTM beet, carrot, and kale juices. The lumberjack is sawing away to his own demise, and it’s easy to understand the ELF’s hyper-didactic message. Deforestation is a dead end because someday we’ll run out of trees. But Troemel also groups him with beets and kale, juice cleanses, fashionable activism, agribusiness, ecoterrorism, and to some extent, with himself, his own practice. To Troemel, it seems that a critique of the complicity between neoliberalism and environmentalism that comes from an outside stance would fall flat. It’s the position of the “aesthlete,” the artist already-too-implicated in capitalism, that makes the art provocative. But, of course, this strategy is also accelerating to its own conclusion. It functions as long as the viewer is confused by Troemel’s polemic, and the viewer is catching up quickly. Like the ELF lumberjack and Whole Foods, the athletic aesthetic is part of an economy spinning outward faster and faster, happy to have a job.