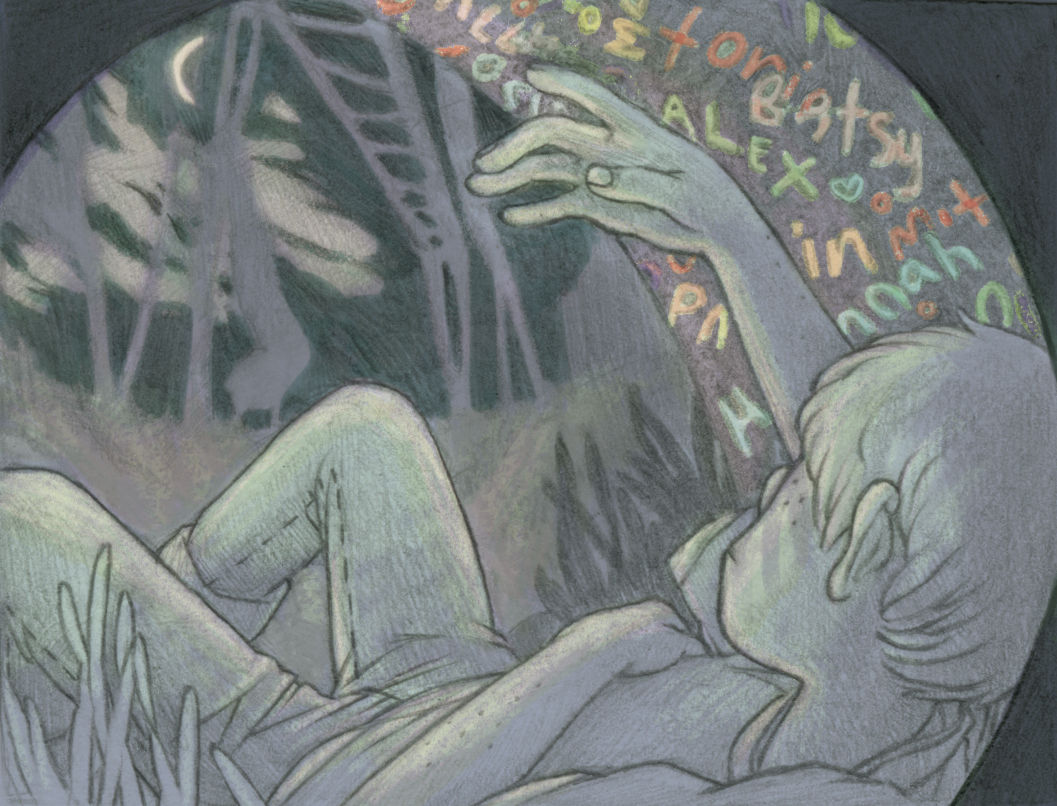 Suppose there exists a mother, call her Jill. Jill has a child. This child is a budding mathematician, who spends most of his time trying to prove new theorems in a little green notebook while waiting for his mother to pick him up after all the other kids have left. Call him Demetri.

Consider that every child is born to a mother and a father. Thus, since Demetri is a child, he must have a father.

However, all fathers are seen.

But Demetri’s father is not seen, not on the couch licking his thumb to flip through a book, not in his study running his finger around a long stemmed glass, not in bed with Demetri’s mother—not anywhere.

Therefore, Demetri doesn’t have a father.

But all children are born to fathers.

Thus, our assumption was false, and Demetri does not exist.

Claim: The other children will like Demetri if he says “yes” to everything they say.

Suppose Demetri says “yes” to everything the other children say.

Thus, if one of the other children asks if the seat he is sitting in is not his, that seat will no longer be Demetri’s.

If one of the children asks Demetri if he will eat the class worm, Demetri will let it wriggle in the sunlight and slurp it down, Mrs. Brudwick covering her eyes.

If one of the children asks Demetri if he doesn’t have any friends, Demetri will be all alone, listening to the screams of a caught football as he carefully sifts through brown curling leaves with a stick.

But Demetri does not have a father.

Claim: Demetri’s mother and father loved each other.

However, Jill loves Demetri’s father just for having loved her.

Therefore, Demetri’s father will never have loved Jill as much as she loves him, and Demetri will stand at the window and watch his father in the snow until the final embers of his cigar fall, and he is gone.

Claim: Sally will love Demetri if he buys her flowers.

Suppose there exists a girl, call her Sally. Let Sally have red ribbon in her hair and a long black flowing dress.

And there is a boy, call him Demetri.

Consider that boys and girls fall in love.

Thus, since Demetri and Sally are a boy and a girl, they will fall in love.

Consider that girls like flowers, as seen in a Cosmo that Demetri’s mother left out on the coffee table. We know that the white lilies that curl around each other in the garden are flowers. Thus, the bouquet of lilies in Demetri’s right hand will be liked by Sally.

But Sally and Demetri are a boy and a girl, and boys and girls fall in love.

Thus, our assumption was false, and boys and girls do not fall in love.

Claim: Demetri’s father will come back if he waits.

If Demetri’s father is very angry with Demetri, then he will want Demetri to take a timeout, like when Demetri shattered the crystal bottle with the brown liquid.

Thus, Demetri must go under the graffitied playground tire to wait and run his fingers over the pastel names, wanting desperately to be one of them.

If Demetri can’t be found then Demetri’s mother will be very sad, and call his name into the night.

But if Demetri’s mother is sad, Demetri’s father will be very, very angry with Demetri.

If Demetri’s father is very, very, angry, he will never come back.

But if Demetri finishes his timeout before his father tells him, he will never come back.

But if Demetri does not finish his timeout, his mother will call into the night, and Demetri’s father will never come back.

But if Demetri finishes his timeout, then he will never come back.