By the light of dawn on Sunday, policemen could be seen erecting temporary fences along the streets of Manhattan. Visitors from across the US and the globe were already lining up along Central Park West, many of them for the first time. The People’s Climate March, to coincide with the 2014 UN Climate Summit, would soon be underway. In stark contrast to the marchers, many New Yorkers awoke unaware that their routine commute would be interrupted by the teeming mass of protesters, crowding the streets for the length of the three-mile route.

Nearly 400,000 marchers assembled for what is now being called the largest demonstration for climate change action in history. By the numbers, the turnout far surpassed last year’s Keystone XL pipeline protest in Washington DC, previously the largest with 40,000 participants. Sunday’s demonstrators ran the gamut of national and international cultural groups, a point which march organizers have emphasized. Unions marched in matching casual outfits. Children and elders moved interspersed with students and the middle-aged. Scantily clad men and women, some wearing nothing more than stickers, strolled casually among the throngs. Some came clothed in vegetables; others, in elaborate costumes, such as mermaids and lobsters (both of which were accompanied by signs bemoaning species endangerment).

Dreadlocked Rastafarians rattled jars to vuvuzela melodies and brass band beats.
In bursts, call and response chants infected crowds, the noise shifting and compounding, growing hoarse and dying out. Often the sight of observers on balconies high above would rouse the crowd into a momentary frenzy. Musicians and revolutionaries abounded. The scene was so musical and colorful it might have been mistaken for Mardi Gras— save for the absence of heavy drinking.

The march was, in many ways, an emphatic rejection of the short-termist thought which defines the world’s politics, a rejection of business as usual. Free of any one keynote speech, the voice of the march was that of its participants, many of whom carried signs: 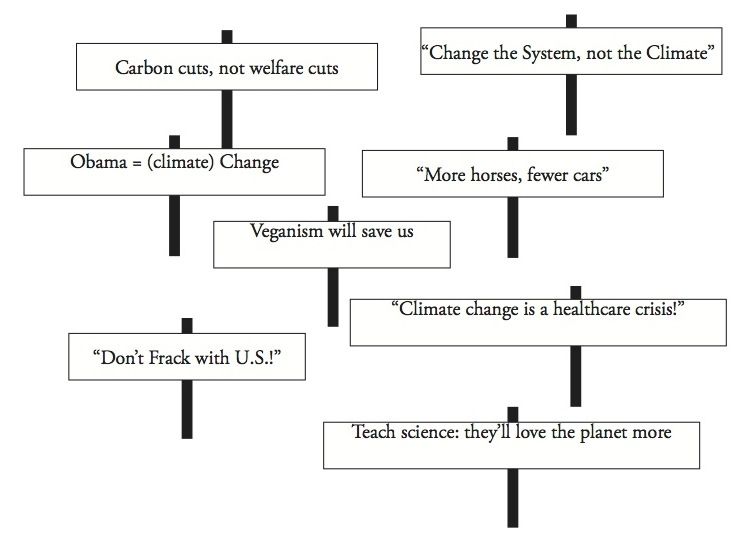 The signs demonstrated the variety of angles taken on climate change. The once isolated spheres of politics, education, energy, economics, and agriculture came together for the event. In the words of a participant from Virginia whom we interviewed, unlike Washington’s Keystone XL rally in 2013, this march “showed the real diversity of ideas” in the climate justice movement. Marchers also spoke of the emphasis on solutions. “There’s no limit to this life potential,” said one participant, “I’m 66 and look at me! I’m still glowing. In my lifetime, we’ve made solar panels. We’re getting off of oil!”

Hopeful march sentiments abounded, but scientific data cast a different light. The world is heading toward a 2.5 percent increase in carbon dioxide emissions in 2014, with no sign of emission rates slowing any time soon. Additionally, the past few attempts at change within the UN framework have failed conspicuously. While the People’s Climate March was the largest popular demonstration of this kind to date, the climate justice movement knows it needs cooperation from major political bodies. The movement hopes to frame 2014 as the year when true institutional change begins.

In 1992, the UN met at Rio de Janeiro to first discuss a global climate policy, leading to the non-binding United Nations Framework Convention on Climate Change (UNFCCC) and a number of other initiatives. Through the framework of the UNFCCC, nations have collaborated yearly to establish new binding agreements. Among these was the Kyoto Protocol, in which developed countries, the world’s largest polluters, committed to marginal restrictions on greenhouse gas emissions. What momentum existed in 1997 came to an appalling slump five years ago at Copenhagen, where an extensive summit produced no binding results. Since then, the US has withdrawn from the Kyoto Protocol. What’s more, none of the treaties so far have the potential to keep global temperatures from increasing 2°C above pre-industrial levels. The scientific community holds that increases beyond this figure will lead to catastrophe.

Fortunately, large-scale disappointment with government action has mobilized a second phase of climate action. UN Secretary-General Ban Ki-Moon has become an outspoken advocate of climate action. “Our foot is stuck on the accelerator,” Ban said in 2009, “and we are heading towards an abyss.” Thankfully, he is not interested in a Thelmaand-Louise ending for the planet. To this end, he has demanded a faster pace in climate change legislation. In May of this year, top-level leaders met in Abu Dhabi, outside of the UNFCCC’s annual schedule, to outline a fast track to change.

At this meeting, dubbed the Abu Dhabi Ascent, figureheads of politics and the global economy made bold proclamations of a new era in climate change policy. Step two of this new track comes this week in New York City, where heads of state, economic giants, major NGOs, and other members of society have assembled, again outside of the UNFCCC. No concrete legislation will come out of this week’s events. Rather, it has been billed as a sort of pep rally to build momentum for stage three, the 2015 conference of UNFCCC parties in Paris, from which the boldest legislation yet is anticipated.

The People’s Climate March represents the popular share of the momentum needed for strong action in 2015. Marchers wanted to inform government and business clearly, and at times threateningly, that the public wants “climate justice... now!” It was with this in mind that organization efforts began soon after the summit was announced. Notably, the marching route, over which police and organizers have been wrangling for months, did not pass before the UN building. This symbolic gap in the proceedings was greeted with consternation by organizers and participants. Missing the epicenter of global politics was certainly a blow to momentum. However, the protesters did wind through Times Square, the crown jewel of capitalist culture. There, surprised tourists and New Yorkers ogled, ignored, and even joined in. Many signs seemed to decry American capitalism at its heart. Shouts and protest chants grew loudest in the canyon of bank skyscrapers and LED advertisement screens surrounding the Square. 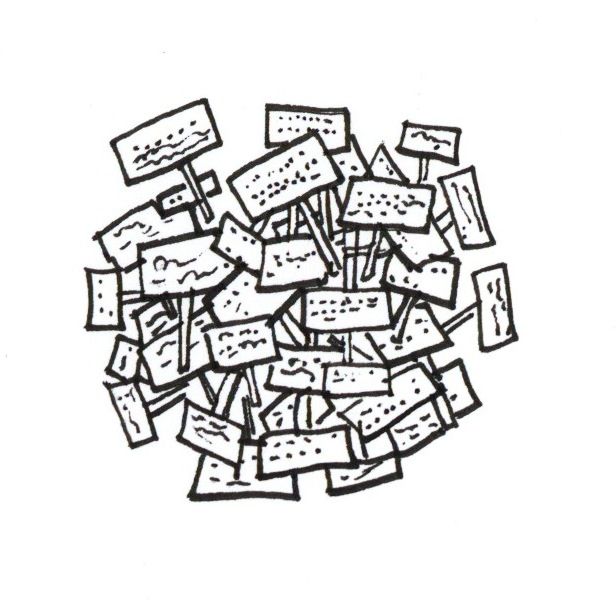 A marching Vermonter stated that people want a “real change in the system,” not another small fix. Moving peacefully through Times Square—one of the world’s most magnificent monuments to consumerism and materialism—offered mixed emotions. The knowledge that, once the marchers had left, the SUVs and the consumers and the suit-and-ties would reappear, fueled a sense of powerlessness among some. However, the power of the march was felt in the complete shutdown of midtown Manhattan. On any other Sunday, the banks and shops and offices would have been teeming with the causes of climate change; on this day, the people had shut the system down, and had managed to do so both peacefully and with hope for a different future.

As the race wound around the corner from Central Park South onto 6th Ave, one little girl struggled to keep up. “Let’s go on!” encouraged her father, “there’s a lot of hope here today.” While many could feel the positive energy of the event, the sentiment was not universal. Many onlookers sneered or grew angry. “What does this even do?” questioned Jen, a middle-aged New Yorker who had been surprised by the march while out shopping with friends. “The smell of patchouli is just too much,” she pronounced, and walked west around the corner onto 56th.

This cynicism is not altogether surprising, and was not unique to onlookers. Even among marchers, doubts spread as to whether the day’s action would produce tangible results beyond the mass of emissions and waste required in assembling 400,000 people. The two-day gap between the march and the Summit itself, along with the physical separation from the UN building, may be indicative of a disconnect between the climate action movement and the policy-makers. While some leaders, including Rhode Island Senator Whitehouse and climate-celebrity Al Gore, marched alongside the public, most of the 120 heads of state slated to attend at the Secretary-General’s invitation were still in their respective capitol buildings.

Many protesters would have advocated for stronger action, even militant action, under the belief that government stasis in addressing climate change demands extralegal reactions by the people. Common were condemnations of the march’s relative tameness and assertions that those most affected by climate change deserve more impassioned and ferocious action. Such complaints echo Malcolm X’s description of the 1964 March on Washington as “an outing, a picnic.” 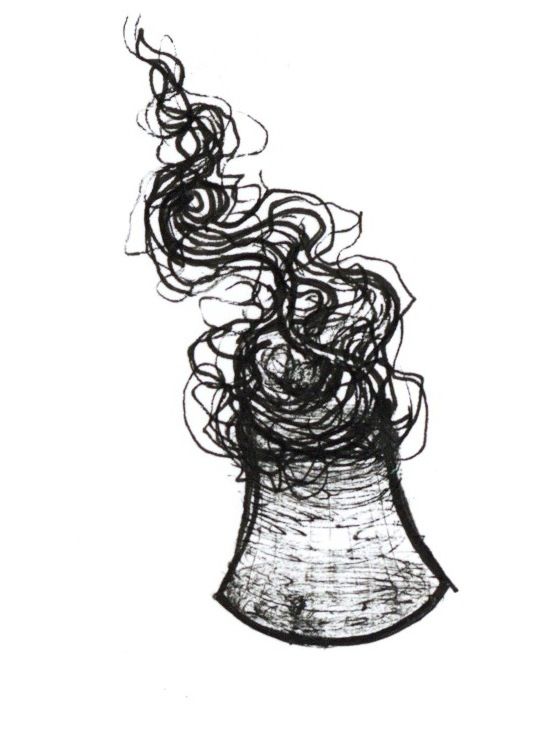 Organizers and participants were faced with the same dilemma that has plagued revolutions and protests throughout history. “Picnics” are known to serve up good eats, and the deep-down fuzzy feelings many associate with hybrid car ownership and recycling, but they aren’t known to bring about ground-breaking international policy change.

On the other hand, violent rioting is hardly constructive. Certainly, there is a middle ground between picnicking and throwing bricks. That very mixture of assertiveness and restraint produced instrumental results for labor, civil rights, and anti-war movements. Effective marches are an inconvenience and a spectacle, but do not deliver harm or harbor a bad reputation. In many respects, Sunday’s event toed the line. The People’s Climate March was not conceived to smash car windows, but to show what barriers have already been broken down. 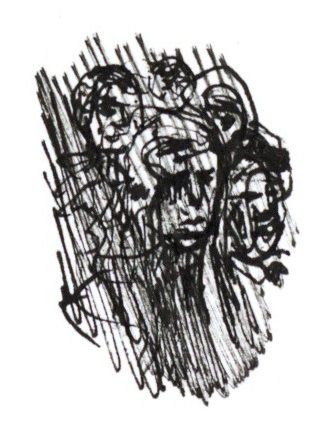 By Sunday evening, the deluge had subsided, leaving the city to digest the remnants of the grand traipse. Marchers, who hours ago had joined in a chorus of eco-political chants (“What do we want? Climate Justice! When do we want it? Now! If we don’t get it? Shut it down!”), leaned against deli walls. Lines protruded from bodegas; sweaty marchers emerged, sucking thirstily from plastic straws. On corners, trashcans overflowed with cardboard signs, bearing slogans about fracking, veganism, solidarity. As the hours passed, charter buses trickled out from New York City’s congested streets, picked up speed, and spread out across the Northeast. Shirts printed specially for the occasion were folded up and placed in closets to remain there. As the dust settled, protesters turned inward, asking the all-important question: What had been accomplished in those few overcast Manhattan hours?

This was the recognition of an evolution. The environmental movement looks different today than it did when Edward Abbey wrote his radical environmental treatises. Green today is not the same as it was when Al Gore brought An Inconvenient Truth into the American living room. Marchers recognize climate change as the priority of our era, as the amalgamation and culmination of disparate movements across time and space. Solutions in all sectors, delivered by the old and young alike, are now being reconsidered as valid, necessary, and long overdue.

This week, the UN will address these solutions by way of bold declarations, and what they call “action plans” and “deliverables,” with centralized financing and new plans for infrastructure. The globalization of technology and business may have its drawbacks, but in this time of crisis, worldwide instruments like the UN offer the potential for coordinated action. That said, Sunday’s effects are not limited to the global scale; in the words of Cameron Johnson, Brown student and Bus Coordinator for Rhode Island and Massachusetts, “the march’s momentum is not dissipating, it’s just coming back to a local scale.” The burden then does not fall only on the UN, but on every person who recognizes climate change as the fundamental issue of our time. The clock is ticking on climate change, and this Sunday, the ticking grew loud, amplified by hundreds of thousands of voices. 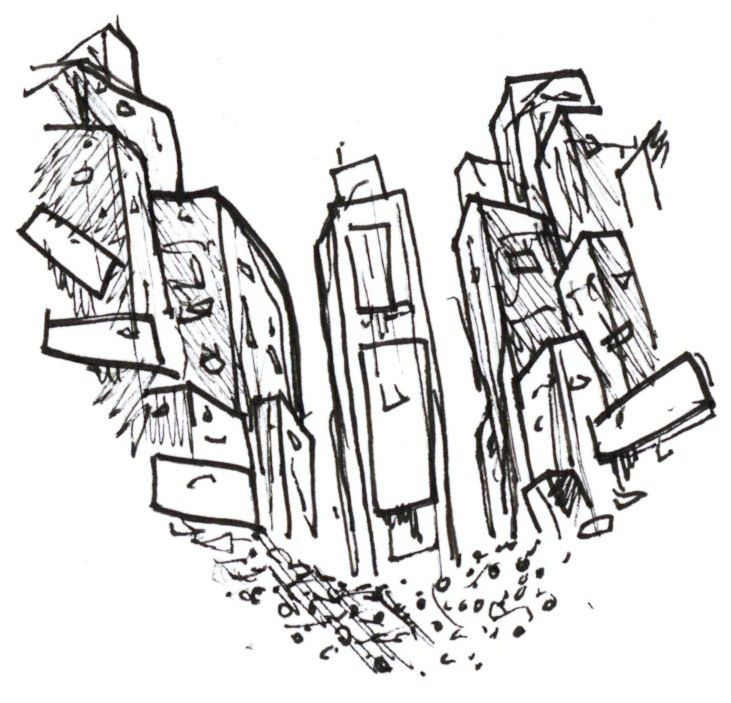