A Conversation with William Deresiewicz 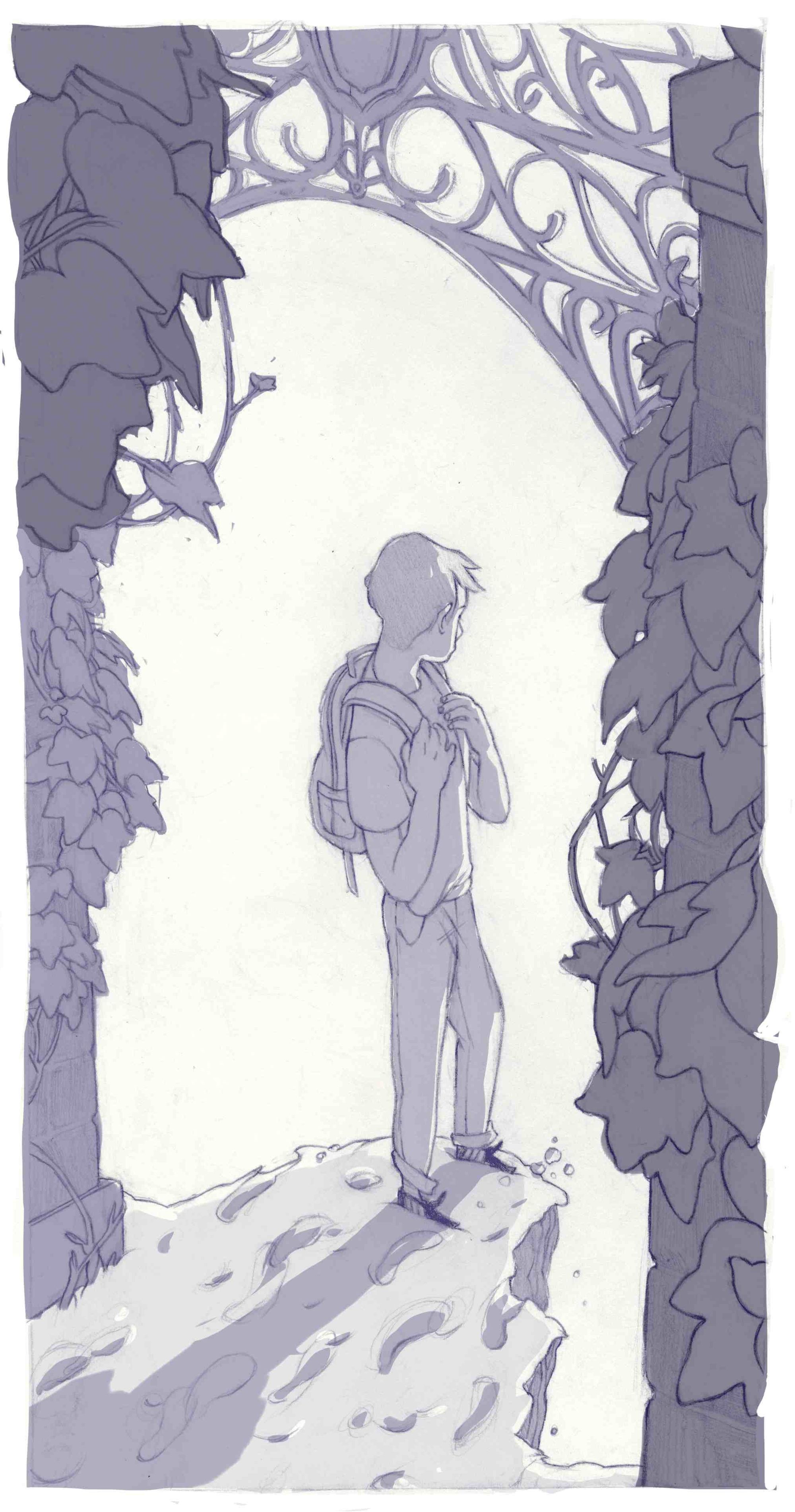 Bill Deresiewicz can see your criticism from across the auditorium. What else would you expect from someone who leveled a pubic critique at some of America’s most lauded institutions in his New Republic essay, “Don’t Send Your Kid to the Ivy League,” excerpted from Excellent Sheep: The Miseducation of the American Elite and the Way to a Meaningful Life. Deresiewicz gave a lecture at Brown this Monday, in which he spent most of the question-and-answer period listening to students defend their academic choices or offer blind agreements with his premise. The irony wasn’t lost on him; he frequently pointed out how many of these defenses proved exactly his point – that we’re led to sever ideas like “practical skills” from things like “understanding who you are” to the disservice of both. Deresiewicz also elaborated elements of his argument missing in his New Republic articled – his call for “100 Berkeleys,” or a resurgence in public universities, his disdain for online education, and his views on the literary canon. I spoke with Deresiewicz in the lobby of the Providence Biltmore this Tuesday before he returned to New York.

The College Hill Independent: I was really interested in the idea you started your talk with, the contrast between the metaphor of “finding yourself ” and “building yourself.” Can you elaborate on your emphasis on the latter?

Bill Deresiewicz: Aside from the fact that I think “finding yourself ” has become this horrible cliché, I don’t think that the process involves this desperate search. I think the metaphor helps change the way you approach it. It’s not like you don’t have this preexisting self—you go into the woods and it pops up. Building yourself happens in the course of experience, in the course of taking classes, in the course of living. The truth is that in some ways the truth lies somewhere in between the two metaphors. You do discover within yourself capacities, interests, and desires you may not have known you had, but at the same time, they also develop, and they develop in relation to experience. Building also helps get away from this idea that there’s this authentic self. I think the notion of authenticity is problematic. The “self-building” suggests that the self expands. In the book I use the phrase from John Keats’s letters where he talks about the veil of soul-making: you’re making something. The veil of soul making is the world.

The Indy: How did your own experiences in college and as a teacher inform your perspective? I was interested in what you said about teachers engineering their own obsolescence. Did you find that in your own education? And how do you try to instill that in your classroom?

BD: It’s a mysterious process. With teaching, you think, how do I awaken, how do I provoke. I don’t think the right way is to go about it directly. As a teacher, it’s not like I had “Ten Steps To Get To My Own Obsolescence.” We all have a variety of marvelous capacities within ourselves.

That comes with being human. It’s a matter of encouraging them to come out of hiding. Unfortunately, one of the main problems with teaching today is that it imagines the mind or the person in a very limited way. Teaching to the test presupposes a very crude understanding of what happens. Even the notion of intelligence; there’s an idea that’s becoming more popular in psychology, that intelligence is not a fixed thing. I’ve never been a systematic teacher in terms of having studied the question of education. In some half-conscious way of my own I emulated the teachers that were most valuable to me. You ask questions that you don’t know the answer to, that makes things difficult for students and they respond with those capacities that they didn’t know they had. It comes out. In the most obvious sense, if you were just teaching a skill, say guitar, it’d be very clear what that meant, engineering your own obsolescence, but in the broader sense it’s about learning to learn. Teachers can be useful for your entire life, maybe in different areas. I’m learning new things. Every time I read a writer who I admire, I’m probably learning from them, probably more consciously than unconsciously.

The Indy: I was also struck by your attempt to renegotiate the idea that there’s practical education and then the things you do to explore your own mind. A lot of the responses to your talk seemed to be personal defenses against or total affirmations of your ideas. They either began with, “Well, I study this, so how can you say...” or “I just wanted to say I totally agree with you.” In some ways the responses enacted your ideas about the way these students blindly follow their tenets of their education. In the general response you’ve gotten, in rference to practicality—what people determine to be practical skills—how many of the responses are simply defenses and how many engage with or pick apart your ideas?

BD: Well, look, obviously I’m biased. I do feel there’s an enormous amount of defensiveness and a depressing shortage of real engagement with what I’m saying. Nobody likes to be criticized, including me. I know this is a cliché, but it’s actually true. Intelligent criticism is useful. It hurts, and my first impulse is probably to reject and my second is to say, “Okay, maybe I can learn from that.” Good points that I couldn’t respond to are things I feel I need to think through. I’ve been saddened, both by public responses from students and adults. The two pieces that were published in the Brown Daily Herald today, they were particularly bad examples of a hostile response. I hear from a lot of people privately. They tend to be more positive, but also more thoughtful, including some of the critical ones.

The Indy: A lot of criticisms I’ve seen of my own generation
is that we’re the most coddled, the most-praised from day one, which creates this praise-seek mechanism. You also said, “You should train for your career and not your first job.” Do you see a relationship between this praise-seeking and the logic of having to constantly go for that next “practical” step?

BD: I think there’s a lot of legitimate fear about the future. Unfortunately, nobody says the obvious thing, which is that it really matters where you come from and where you went to college. There are two Americas in college, like there are anywhere else. That’s what kills me, especially at schools like Brown: you kind of already have it made. Another factor is, it’s a number of different things. The Pavlovian conditioning of needing the next pellet of food. You can think of it in two ways. I want to make a lot of money, so that’s what I’m going to do. Or, I don’t know what I’m going to do, so I’m just going to try and make a lot of money. Or, I’m interested in this, and I’m going to make it work somehow. As someone recently said, there’s a different between success and fulfillment.

The Indy: You make this appeal to the humanities, subverting the idea that this kind of knowledge isn’t practical. But there’s certainly a strain of humanities education that remains very goal-oriented: once you learn these specific techniques you can get to the level where you can understand what Keats, or whoever, is saying. As a scholar, even in humanities, have you seen this goal-oriented learning that doesn’t seem to advocate building yourself, rather falling in line with traditional forms of analysis?

BD: There’s a lot of bad humanities teachers and a lot of bad humanities teaching. It’s important to teach techniques of reading or methods of analysis, but also the notion that what’s valuable about artistic text is that they don’t have a solution in the way an equation does. Any work of art that’s worthwhile is worth coming back to. I can speak from personal experience, because the meaning changes when you come back to look at a play when you’re forty, and you find it’s a different play than when you were eighteen. The complexity of a real work of art creates that endless fecundity.

The Indy: Certain people have a more immediate propensity for the humanities than others. Are there any methods in your teaching for getting people who are not necessarily literary-minded to engage with literature?

BD: At Yale, there are no required courses. At Columbia I taught the great books course for two years. The second year, there were a lot of finicky students, some from the engineering department. I don’t think it’s useful to try and browbeat them. I think the best thing you can do is do your best to teach the work in a way that tries to undercut all that cultural capital, upper class crap, the mysterious decoding crap, and invite people to respond. Even if the responses are not smart at first, or resistant, there’s an enormous power in general in life in listening to people rather than lecturing them. One of the most valuable things in listening to people rather than lecturing them is when you listen to them, they start to hear themselves talk. Not to make them foolish, and it doesn’t always work. Some of those people ended up just as resistant, some of them had an inkling that they might want to explore further. They were freshmen, so they had a lot of time left.

The Indy: Are there any responses you’ve gotten, especially to your essay in The New Republic, that were really surprising, or things you actually hadn’t considered?

BD: I’ve gotten as many responses within a few weeks. There’s been a much more diverse range. I think it provided some people who didn’t go to Ivy League schools with a certain amount of validation. There are certainly management people who don’t think much of Ivy League people because of the attitudes they bring and the difficulty they have working in a team or in a subordinate position. Parents are also looking for guidance and they’re looking for validation. I don’t think I’m going to take anyone from zero to 100, but maybe 45 to 55. I’m helping them get across the line. There are parents who’ve written to me for advice and I’m like, I don’t know you, I can’t give advice, but here are some general things. But now I’m getting parents who are coming to me with really specific problems asking for advice.

There was this grandpa from Texas and hew as very upset his granddaughter was going so far away to college, to Loyola of Chicago. I said, I think you’ve got to let her go explore but also she’s going to college 1,000 miles from home, that’s a really good problem to have. There are worse things. It actually helped, which surprised me. He wrote back and was appreciative. I thought he’d be very angry with me.