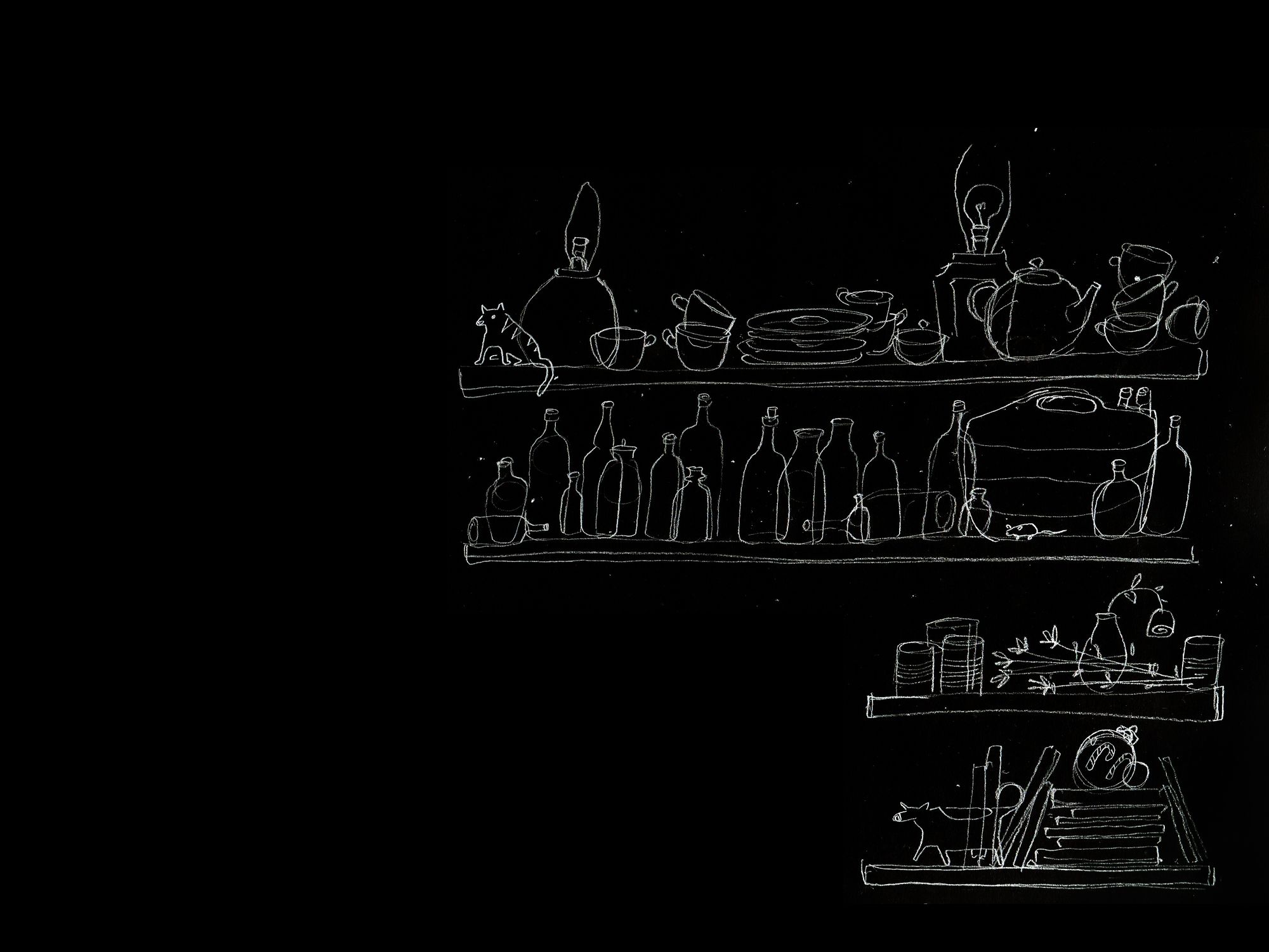 On the side of Route 3 in Exeter, RI is a low building painted tongue pink with white trim. A sign reading “Cookie’s” hangs over the door. Windchimes clink absently in the entry room, which is filled with junk. Through a low door is a room with a cluttered table that serves as the register. At the table sits Rhoda, the owner of Cookie’s. She wears a grey sweater that matches her hair.

One wall of the barn is devoted to paintings by a deceased woman whose family discarded them. “It is a pity,” Rhoda says, “the poor thing thought she couldn’t paint, but she did beautiful work.” Some paintings are hung askew, others propped against bedside tables and boxes. On the left side of the barn are glass cases of knick-knacks and racks of postcards curling at the edges.

At its back, Cookie’s opens into the cavernous “junk” room, which Rhoda leaves unorganized. Pick through the wreckage: a statuette of a praying gnomes, scraps of mirrors that reflect your legs back dusty, aged Ziploc bags of generic Christmas ornaments in cardboard boxes, a wicker doll house, a dismembered grandfather clock, talking-tina-esque dolls, a porcelain cookie jar shaped like the Pillsbury doughboy.

“I just leave all this stuff like this,” Rhoda says. “This is what they want, they want to be able to go through and think they found a ‘treasure’.” Her voice lowers to give the last word a touch of irony. I see a big roach scurry over a lawnchair.

The low-slung addendum to the barn houses the nicer items: jewelry, old photographs, clothing, purses, wallets. A 2-foot-tall Madonna is broken and glued back together and the figure Jesus is slung with a note written by Rhoda’s now deceased husband: “Think of me, sometimes.”

Her husband did not go to church, Rhoda tells me, but he used to say, “you know what? I talk to God every day.” And he did; he would talk to God everyday. “There’s only two things you got to remember,” he would say. “There’s right and there’s wrong, and if you’re doing wrong, you know it.”

On the wall are clipped newspaper stories about the store. Next to the clippings hangs a framed photograph of her late husband, Anthony Francis Cook, known as Cookie since childhood. He is in a white bucket hat, smoking a cigar.

The chimes were Cookie’s. They have hung from the rafters for over thirty years. There are wooden chimes with owl heads, chimes made from seashells, and chimes with bells. Back when the naval base was in Newport, “the girls used to come up, right, and everybody brought him one, that one is from California, the star…we even had Chinese ones.” They are not for sale.

Cookie was the youngest of eight children, growing up in a mining town in Pennsylvannia. When he was seven, after many in his extended family died in a mine explosion, he and his family moved north to Bridgeport, Connecticut.

When he was a kid, Cookie used to go down by the railroad tracks where the dump was and pick things up. In the dump, he found his first book. From then on, he read and read and read. He had books in the bedroom, books in the bathroom, books everywhere. Cookie got into the junk business because he loved to collect things. Nothing in particular, just stuff.

In Bridgeport, he ran a bowling alley and a market. He worked in a machine shop for a time, where he lost two fingers. Rhoda grew up in a small town in Connecticut where both her mother and father worked for the mill. Even late into his life, Cookie’s siblings would come down for dinner on Sunday nights. They would have ten or twelve people at the table eating roasts, turkeys, and his brother’s macaroni. His mother lived to be 106 years old and his father 57.

Cookie was friendly with everybody in the neighborhood. “Ninety percent of the people came here just to sit down and talk to him,” Rhoda remembers. “He could talk from religion to politics. There was nothing he couldn’t talk about. He enjoyed doing that, he loved people.” He even liked telling stories that weren’t true. Once, he was caught telling customers that it was his birthday when it wasn’t. “One lady brought him a birthday cake and then the following day he had told someone else that it was his birthday,” Rhoda said. “She brought him a cake and then the lady that brought him the first cake walked in and she said ‘I thought it was your birthday yesterday!’ and then he said, ‘I can’t remember when it is!’”

Cookie and Rhoda met in the shop in Coventry. She came in one day and returned several times, doing business back and forth. Eventually they started to date. They married in 1972. She was 29 years old and he was 59.

They filled the Exeter store with goods from estate sales. They bought whatever the deceased’s family didn’t want. Rhoda remembers how Cookie would call up lawyers and ask eagerly, “Do you have a job for me, do you got anything, do you got anything?” “Cookie,” they’d say, “they don’t die every day, you know.”

Throughout their time in Exeter, Rhoda and Cookie would pull pranks on the customers. One time they brought a live mongoose into the store (in the form of a piece of mink fur inside a cage). When people went to feed it, Cookie would flip a tab and the fur would jump out and touch the customer’s hand. “They would scream!” Rhoda laughs. “One lady almost had a heart attack, so we said ‘Okay, not doing that anymore!’”

Cookie died in 2008 at age 98. If he were still alive, he and Rhoda would have been together for 43 years. Rhoda has been running the store for six years now with the help of her brother. “Knock on wood, I’m hanging in there, I mean it’s tough, you know you’re not gonna get rich doing it…” she says. This year was particularly difficult: she had to pay to redo the electrical wiring. Hopefully next year she will be able to fix the roof: “I’ll get there, like a turtle, but I’ll get there.” 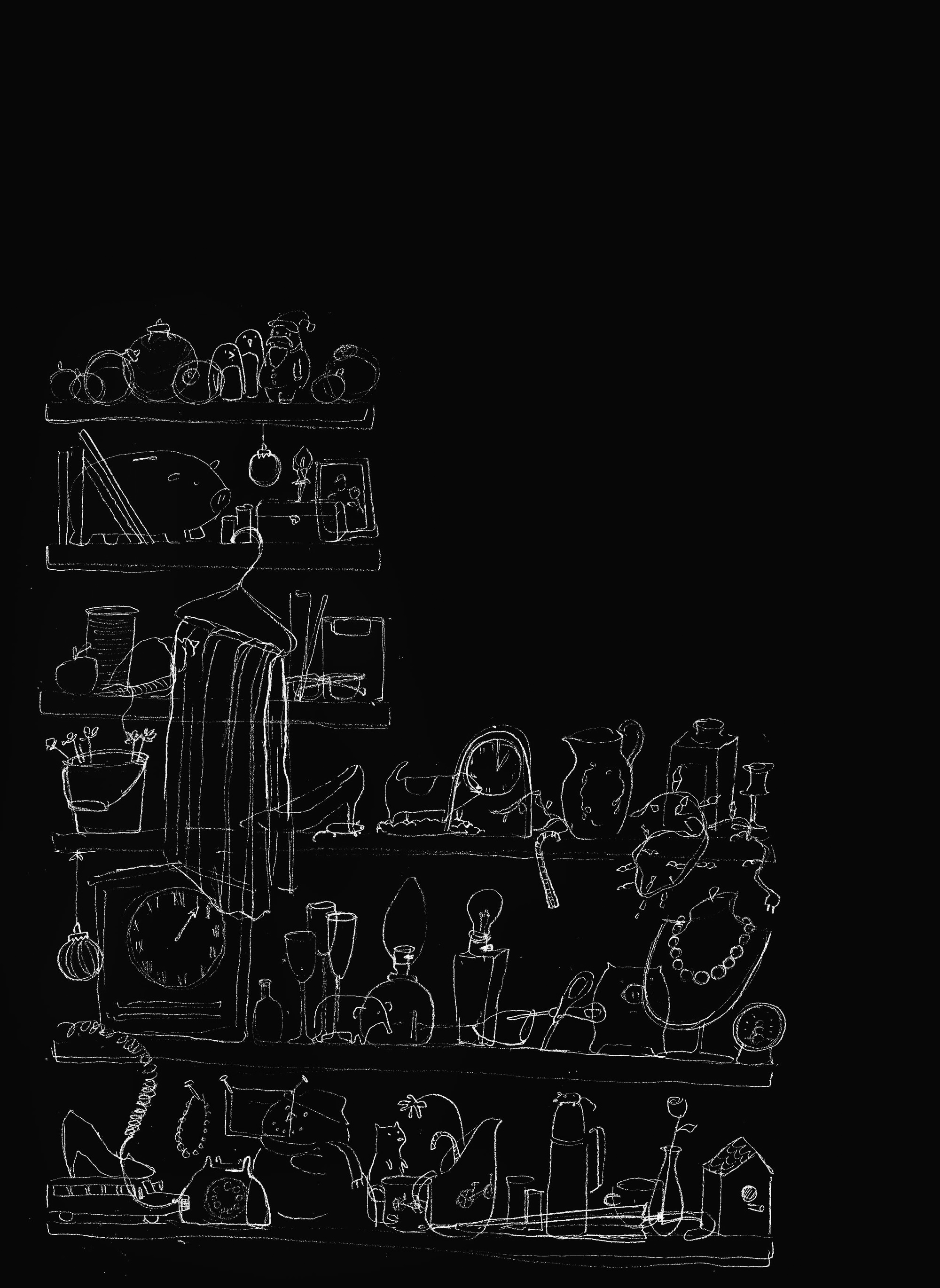