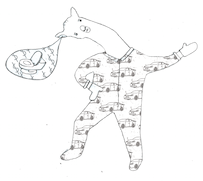 It’s the 10th Anniversary of Mean Girls this week, and people are making a big deal about it. There are screenings on college campuses and retrospectives from major magazines. It seems weird, this level of fanfare over a movie that’s very good but no better. But a quick mental run through the movie’s highlights explains it all. The phone scene, quadruple split-screened, Godfather II-style, where Regina and Gretch and the rest of the gang hold cordless landlines to their ears and talk shit. Mean Girls has aged so well because most of it now feels anachronistic: names of frenemies are written in a Burn Book that’s kept secret. Can we now even imagine humiliation that’s never meant to be public? If the movie came out today, we’d consider it quaint. Then title contains a knowing smile. These girls aren’t actually that mean. No one leaks naked pictures to Hunter Moore.

Donald Sterling will soon have to sell the Los Angeles Clippers because his mistress secretly recorded him scolding her for posting photos she’d taken with Black people to Instagram. TMZ, founded the year after Mean Girls’ release, obtained the audio, and the story exploded. The recorded rant is not the most racist thing that Donald Sterling has ever done. Twice he has been sued for housing discrimination, allegedly refusing to sell or rent to Black people because they “smell” and are “not clean.” The NBA never disciplined him for any of this. People of color live in poorer neighborhoods than whites with comparable incomes, and this fact continues to drive racial inequality.

You can find a little humor if you imagine Sterling, his lady friend, Blake Griffin, and DeAndre Jordan on a four-way call. Juicy sweatsuits and bubble gum lipgloss.

“I just wish you wouldn’t make your friendships with them so public.”

In the end, Regina George gets hit by a bus and the Plastics disband. Donald Sterling will be gone soon, and Oprah might buy the Clippers. The NBA calls the crackdown historic, and we can all get back to a post-racial playoffs. Lindsay Lohan goes to rehab, and we joke about it on Twitter. –SR

There’s one scene in Jean-Pierre Jeunet’s Amélie that h haunted me since I was 9 years old. The young protagonist Amélie stands on a tall rooftop overlooking Paris, gazing out over the city in late afternoon, and wonders,

“How many couples are having an orgasm right now?”

We move through a montage a young couple in climax here, this elderly couple in climax there; in an office, in a bathroom, in a bedroom. Amélie smiles mischievously at the camera. “Fifteen!”

Behind walls, Amélie reminds us, is a quiet, hidden, and extensive economy.

This week, the New York Times announced that the Obama administration has revived its search for Russian President Vladimir Putin’s secret fortune. Rumors suggest that Putin may have access to up to $70 billion, amassed as a result of his stake in a commodities trading company known as the Gunvor Group. According to an announcement from the Treasury Department, “Putin has investments in Gunvor and may have access to Gunvor funds.”

The hidden treasure could explain Putin’s lavish consumption. There are 58 aircraft, 4 yachts, 11 luxury watches, 20 palaces, 700 cars, and, according to a 2012 report, a $75,000 toilet at Mr. Putin’s presidential disposal.  Maintenance of these items costs over $2 billion alone.

Yet the numbers do not seem to add up. Putin’s recorded income last year was just over $100,000, according to a recent Kremlin report. “I have seen some papers about this,” Putin remarked in response to allegations of a hidden fortune. “Just gossip that’s not worth discussing. It’s simply rubbish. They picked everything out of someone’s nose and smeared it on their little papers.”

The New York Times, for its part, investigated these allegations full force. And for good reason: if the rumors were true, Putin would be the world’s wealthiest head of state, and more than implicated financially with Russia’s oligarchs.

Yet this front-cover controversy belies a more shocking reality: there are simply shitloads—truly, shitloads—of money that we do not know about. And this quiet, hidden, extensive economy exists all around us, all the time, well beyond the limits of the Russian state.

So close your eyes, Amélie: forget the orgasm now, and just think about the money. Stacks under the bed, bands piled into the basement. Now move to Switzerland, to the Cayman Islands, into vaults and bank accounts brimming with cash. Smile at the camera: “$21 trillion!”

James Henry, former chief economist at McKinsey, released this data back in 2012. This hidden fortune, he claims, is “protected by a highly paid, industrious bevy of professional enablers in the private banking, legal, accounting and investment industries taking advantage of the increasingly borderless, frictionless global economy.” That’s the size of the entire economy of the US and Japan combined, owned by 0.001% of the world’s population. The hidden treasure is everywhere—stuffed into banks like UBS, Credit Suisse, and Goldman Sachs—no pirate’s map or CIA intelligence required.

At the end of the day, these are the pioneers of Amélie’s hidden global economy—not Vladmir Putin. –DRA