the Red Bastard and bouffon clowning 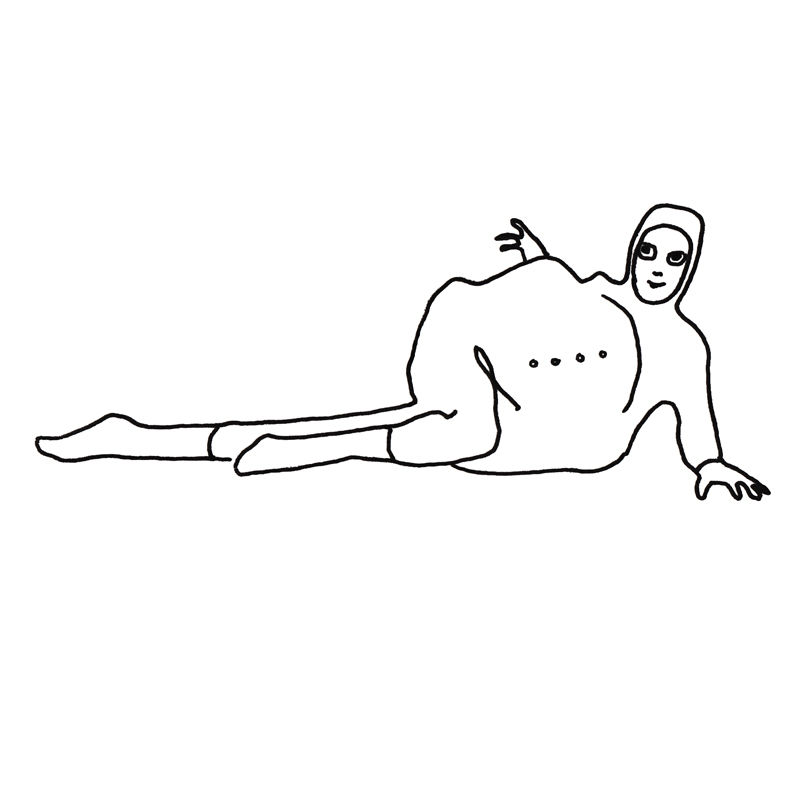 At first, we see only his wagging tongue, set in a chalk white face with red-rimmed eyes. Playing striptease with wicked glee, he coyly reveals glimpses of his grotesque body to the audience. Finally, with a revolting smile, bouffon performer Red Bastard pulls back the curtain, releasing his full, bulging sack of red flesh onto stage.

Red Bastard is the most disgusting thing you will ever see. He revolves slowly on two chicken legs, aiming the absurd arches of his red buttocks at the audience for their full approval. They lose their shit. He is raunchy and hilarious, but also devilish, capable of being your worst enemy. His impish grin repels you, but you cannot look away.

In a video of Red Bastard’s August 17, 2013 performance at the Edinburgh Fringe Festival, he pokes and prods the audience like schoolchildren, feigning a nurturing role to gain their trust, then laughing at their efforts at participation in the show. He plays his part as teacher in a dangerous pendulum swing from sincerity to deceit.

The audience finds that they must play along or else face individual ridicule. At one point, Red Bastard demands the audience create, in quick succession, “something interesting,” “something weird,” and “something beautiful.” He responds to the audience’s suggestions by pointing at specific people and saying “No! No! No!” to uproarious laughter.

From the moment he appears on stage, Red Bastard commands the audience to love him. His mockery only escalates until he confronts the audience directly for its shortcomings. Flirtatiously tossing his head, he says, “I am disappointed! As an audience, you have absolutely no presence.” He inverts the typical clown performance; instead of pleasing the audience, he demands that it please him. 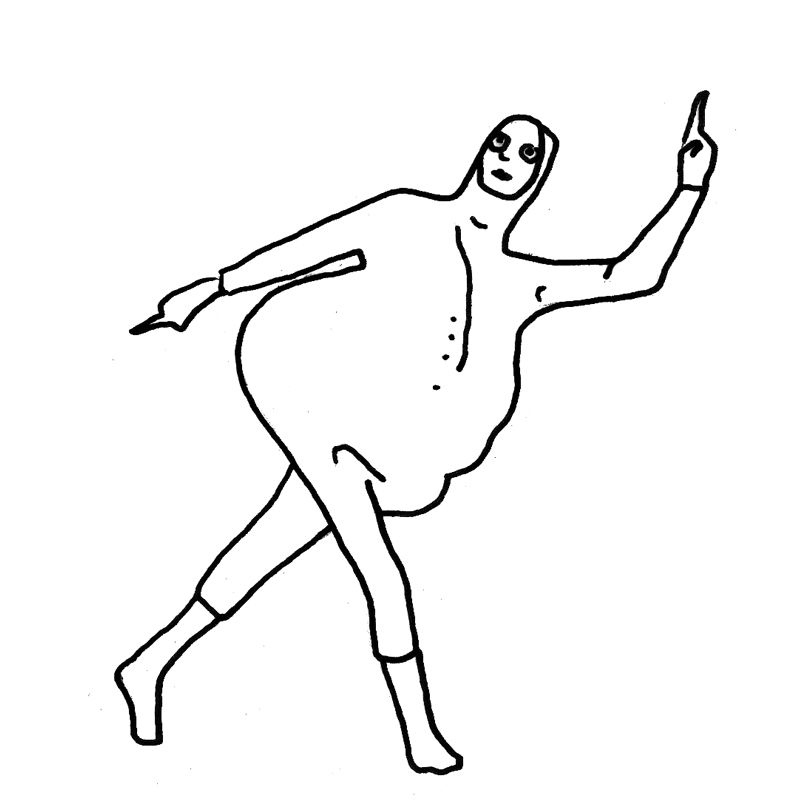 Red Bastard is the project of Eric Davis, a performer, writer, director, and founder of the NY Clown Theatre Festival. Davis brands Red Bastard as a “dangerous, seductive comedy monster,” but offstage, the man under the red balloons is slight, humble, and even slightly reserved. Born in rural Kansas, Davis got hooked on performance early in high school, in competitions where he and partners would have seven minutes to improvise a scene. “My first taste of it is still what I am doing,” he told me. He went on to attend drama school and studied under clown luminaries Sue Morrison and Philippe Gaulier.

With Morrison, his most influential teacher, Davis began his work in bouffon, a style of French physical comedy popularized by Jacques Lecoq in 1960s Paris. The practice draws from a tradition during the medieval ages of casting out the sickly or grotesque from the villages and then bringing them back once a year for a festival to entertain the beautiful people. In the director’s note for Bouffon Glass Menajoree, a bouffon version of Tennessee Williams's “The Glass Menagerie,” directed by Davis, he says that the outcasts would come back with a vengeance to “take a piss out of those people who threw them out.” These anti-clowns learned to mock, taunt, and harass their audience, “eternally smiling with hateful eyes” while wildly entertaining them. Like Red Bastard, they make the audience the joke.

Red Bastard was born in a workshop with Morrison. One day, he says, Morrison “proposed that we created bodies that were even more fun to move in than our own. I brought in all these things,” Davis told me. “I made this body, because my body is very skinny, kind of angular, so it was fun for me to kinda make a voluptuous, round body.”

Red Bastard is obscenely bloated, with undulating bulges in front and back. I do not dare ask what is jiggling inside the suit. 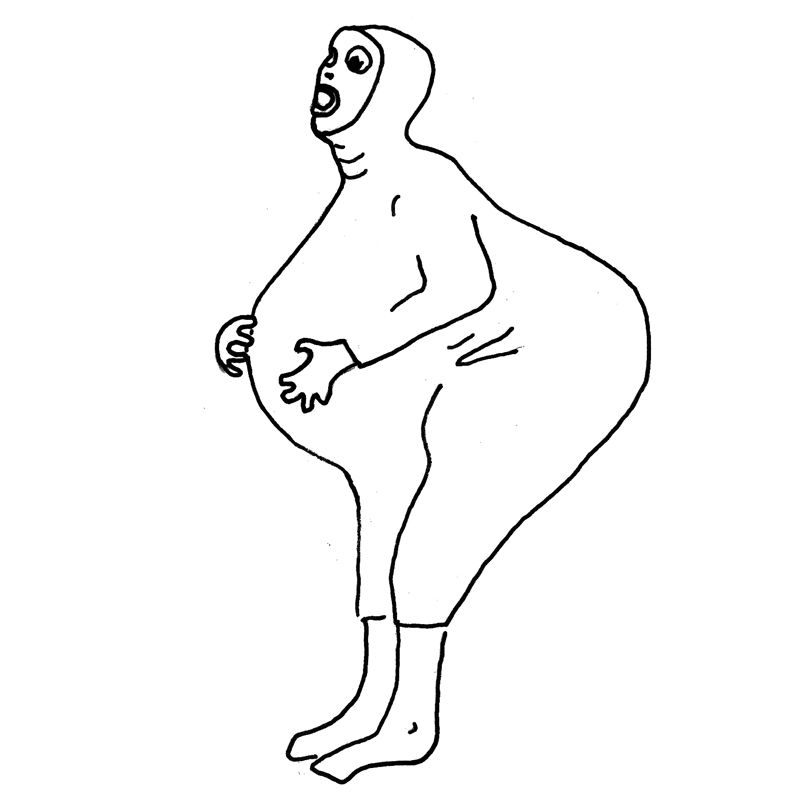 Under Morrison’s guidance, Davis developed a show that explores personal risk and self-discovery, for him and for the audience members. In this sense, Davis deviates from traditional bouffon ensemble work, which focuses on parody and game play, rather than on direct connection with the audience. His website advertises his show as a “no-holds-barred theatrical master class—demanding to know nothing less then the existential query, ‘Who the hell do you think you are?’” 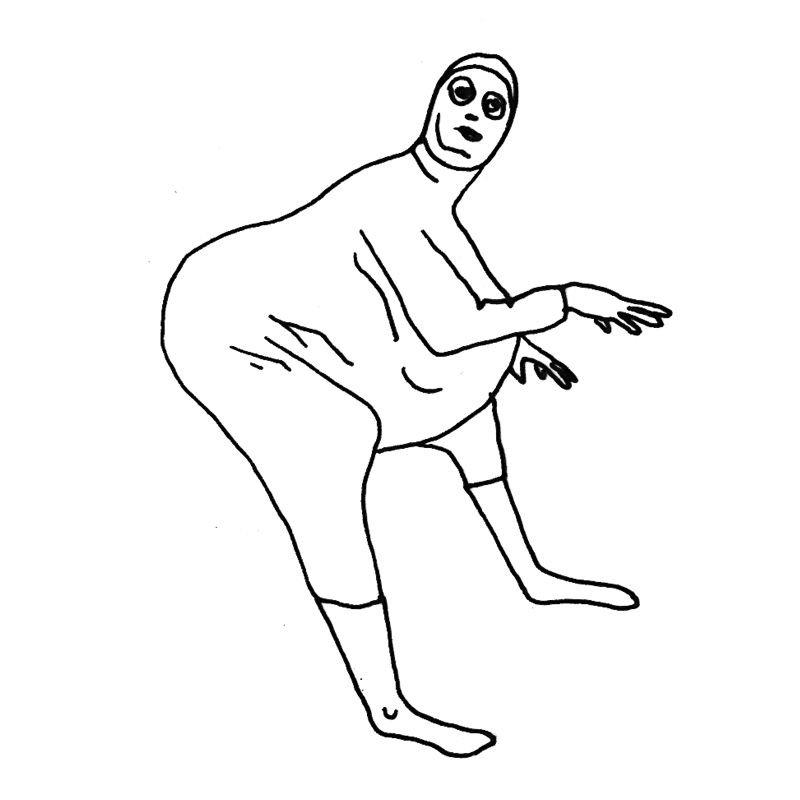 In the second half of the show, Red Bastard’s performative gymnastics kick up a notch. In one segment, he solicits the audience to shout out their dreams. As he pushes the audience’s psychological buttons, asking “How can you realize your dreams if you can’t articulate what they are?” he bullies and eggs on the audience into self-discovery. Like a perverse red Rorschach inkblot, Red Bastard is an open template for each audience member’s psychological condition. “When people are interacting with this monster of sorts,” Davis told me, “it allows people to act differently than they would with someone they meet on the street.”

Davis is confident that he can create a safe space to explore our limits and fears through a real connection between the performer and the audience. “It is about finding a person’s line, and inviting them to step and see that the line is farther than they thought it was,” he told me. “And if it’s not, I am never pushing people over.” That line depends on the person. Some audience members, he says, are willing to stretch to physical extremes. "At one point, there was this 80-year-old guy, and I had my hands around his testicles. Then there was a lady who was pregnant who invited me to take off her underwear and bra and to go under her dress,” Davis told me. “So that was possible because those people were ‘okay’ with that.” Others find it difficult to answer questions in front of a group of people.

Despite Davis’s rational serenity, it’s easy to imagine the Red Bastard as a gleeful ferryman goading the audience toward Hades. The journey to the end can have radical effects on audience members. He has had people decide to divorce at his show, or call up a sibling they have not spoken to in eight years, or to quit their jobs. When that happens, he says, “it is like a cherry on top. It is beautiful.” But in general, his aims are slightly humbler. He hopes that people come away invested in “who they are and the things they are struggling with…about their hopes, their desires, and the difficulties of living with that.” This intention stems from a teaching of Morrison’s that he has taken to heart. “Your job as a clown is to present yourself, take the audience into your world, and form them and bring them back with a new awareness,” Davis told me. “I think I do a show where I know all those things are happening, for some people at least.” 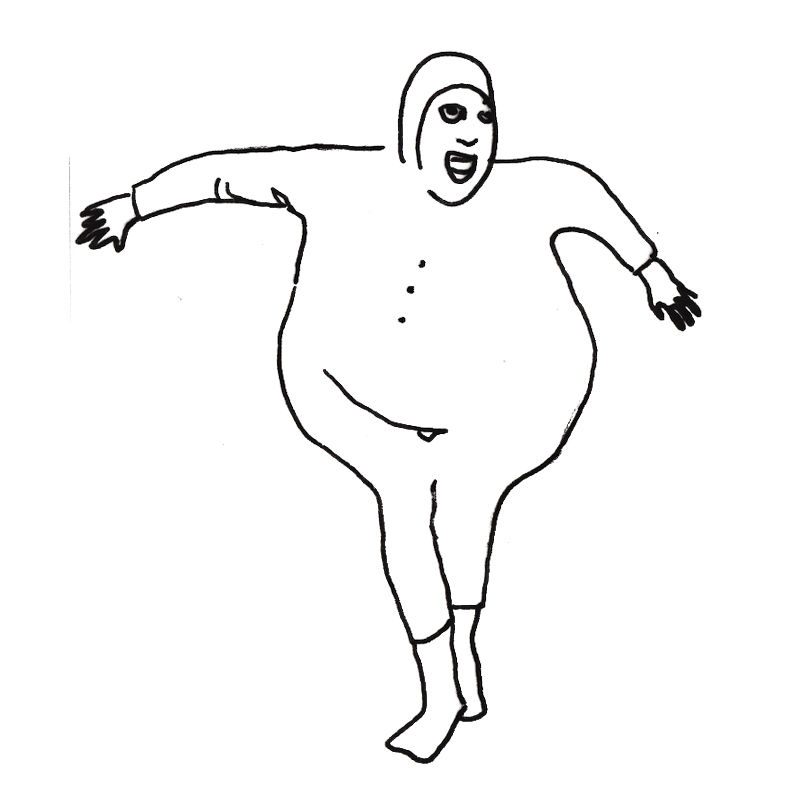