A Labor Movement for All 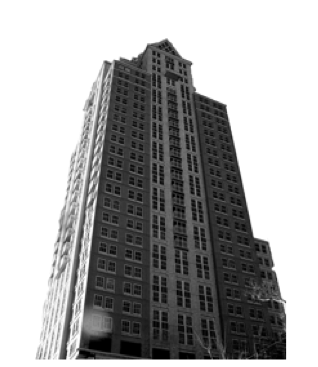 Adrienne Jones, a bartender at the Providence Hilton, says she was regularly required to work 15-hour days without breaks. She tried and failed to negotiate her hours so she could spend more time with her seven-year-old son. Hotel managers also refused to honor her request for floor mats behind the bar. Krystle Martin, who worked in the hotel’s restaurant, says that when she was pregnant she was forced to carry heavy buckets and ordered to move faster. And, according to union organizer Andrew Tillett-Saks, Hilton housekeepers are forced to clean upwards of 22 rooms a day—and frequently even more, specifically when they receive doctors’ notes putting them on light duty.

Tired of high turnover rates, meager pay, and abusive treatment, workers at the Hilton decided to follow the lead of the Renaissance hotel workers, who have been fighting to unionize for over a year. Both hotels are owned by the Procaccianti Group, a national real estate and hotel management company that holds over $5 billion in assets. The Hilton workers campaigned to join Unite Here 217, the Rhode Island and Connecticut hotel and food-service workers’ union. On February 18, they submitted a petition to the hotel requesting a unionization process, signed by 75 percent of the Hilton’s employees. The hotel’s managers refused to accept the petition. Jones was fired about a week later, days before she would have worked for the Procaccianti Group for six years and thereby qualified for health benefits, paid vacation, dental and vision insurance, and a 401(k) plan.

“I’ve given this company all my loyalty, a lot of heart, a lot of my blood, sweat, and tears and this is how they thank me,” Jones told the Independent. “The second I became a little squeaky, that I opened my mouth, I was terminated.” Two other workers in the campaign were fired and five others disciplined in the weeks that followed.

The process through which a union gains representation in a workplace is riddled with opportunities for employers to intimidate workers against joining. The dysfunctional and underfunded National Labor Relations Board (NLRB) takes months to hold a union election, giving employers time to spread anti-union propaganda and sometimes hold workers in five-hour long staff meetings to pressure them not to unionize. If workers petition to unionize without an election, through a process called the Card Check Verification system, they are completely at their employer’s mercy to accept. While public sector unions are under attack, private sector unions have all but disappeared, their decline facilitated by deindustrialization and anti-union federal and state policies. Nationally, membership in private sector unions has fallen from over 30 percent of workers in the 1960s to less than 7 percent today—and 9 percent in Rhode Island.

But workers at the Hilton and the Renaissance—the majority whom are female, women of color, and immigrants—are turning to unionization as a pathway to economic justice. “Unions—not to sound racist—were just for the white people. Now that people have become more understanding of what unions stand for, [they are] more accepted among women and among minorities,” says Martin. But, she adds, you can’t really call them “minorities” anymore.

Labor union demographics are changing nationally. Immigrants only made up 8.4 percent of unionized workers in 1994, but grew to 12.6 percent by 2008, according to a study by the Center for Economic and Policy Research. Latinos represented 5.8 percent of the union workforce in 1983, and 12.2 percent in 2008. The number of women in unions has also increased: from about one third of the unionized workforce in 1983, to more than 45 percent by 2008.

Population shifts are partially responsible for changes in the demographics of union members; the increase in immigrants and Latinos in unions is almost proportionate to their increase in the overall workforce. But it’s not the only factor: women’s share in the union workforce increased by more than three times their share in the total workforce. As manufacturing jobs disappeared, the service sector expanded, and the job market became increasingly stratified between high-paying professional jobs and low-paying service jobs. The latter disproportionately employs women and minorities, and service sector unions have seen the most growth. In addition, union representatives say that some unions have begun specifically focusing their energy on organizing minorities and fighting for immigrants’ rights, reversing some of the “nasty stains”—as Unite Here 217 organizer Andrew Tillett-Saks calls them—of racism and sexism in the history of the labor movement.

Those nasty stains go back to the rise of the American Federation of Labor (AFL) at the end of the 19th century. The AFL gained power by organizing workers in “high-skill” industries, in which employers were more likely to concede to worker’s demands due to the high cost of replacing workers. It was a compromise through which white male craft workers obtained a measure of power, but one that left out minorities and women, and obscured calls for greater social change. And the AFL lobbied in support of anti-immigrant legislation, perpetuating racist sentiment among union ranks.

In the ’80s and ’90s, with unionization in the manufacturing sector declining faster than manufacturing itself, the service sector began to constitute the bulk of union organizing. The Rhode Island branch of the United Food and Commercial Workers union, for instance, began with 1,000 butchers in the 1930s, grew to 6,000 members in the 1970s, and today boasts over 12,000 members.

The Service Employees International Union (SEIU), the fastest growing union in the country, has played a prominent role in organizing women and minorities in Rhode Island. In 2002, after janitors went on strike in Boston, workers founded Local 615, the New England branch of the SEIU for property workers. In 2005, Local 615 launched the Justice for Janitors campaign in Rhode Island, holding marches, fasts, and strikes to pressure corporations throughout the state to raise their standards for contractors and to allow workers to unionize. SEIU is also supporting an ongoing battle for wage increases at Rhode Island’s fast food restaurants, and last year, Rhode Island’s home-based childcare workers joined SEIU after a 10 year campaign.

Scott Malloy, a labor historian at the University of Rhode Island and a former representative for the Rhode Island transit union, said that after the Civil Rights Movement, younger generations of white labor organizers were more likely to recognize the importance of employing anti-racist, anti-sexist principles in their policy agendas. “The idea of women’s liberation, the idea of civil rights were things that really fit into the labor movement’s framework,” he told the Independent. In the 1980s, Malloy and other transit union workers signed a letter encouraging the Rhode Island Public Transportation Authority to hire more female workers. Unite Here 217’s staff changed from completely male and white to mostly female and minority and began using translators at their events. Even the infamous AFL reversed their anti-immigration position in 2000.

The efforts of labor organizers have been met with the leadership of minorities and women eager to improve their working conditions. Undermining longstanding myths that minorities, immigrants and women could not be organized because they were too willing to work for little pay, these groups have in fact been easier than white men to organize, union representatives say. “It seems that white middle-class America does not have that sense of community that Latinos have,” says Joe Renzi, an organizer for Rhode Island’s branch of United Food and Commercial Workers. “They’re stronger than other groups are because they have that sense of community. They talk with each other. They work with each other better.” Tillett-Saks says that while racism and sexism caused white male workers to compromise with employers at the expense of others, minorities and women tend to be easier to organize because they “don’t have any of these fucked-up delusions” that employers are their friends.

Service-sector workers help to challenge the prevailing stereotype that unions are political machines for the Democratic Party and not actually interested in improving workers’ lives. In February, workers at a Volkswagen plant in Tennessee voted against joining the United Automobile Worker’s union, causing conservative analysts across the nation to claim that workers have enough legal protections to no longer require unions. But that claim sounds ridiculous if you work at the Providence Hilton.

Organizing in the service sector is full of challenges that have kept many unions at bay for a century. Service-sector jobs require less training so employers find it easier to replace workers who make trouble. Getting in contact with the employees at several small-sized workplaces is more difficult than organizing a town factory where everyone is in one place. Many workers in the service sector work part-time and have high turnover rates; because they don’t intend on keeping the job, they are less likely to join a union campaign. It’s especially difficult to organize undocumented immigrants, who are afraid to lose their jobs and become targets for intimidation by employers.

The logistical barriers to unionizing have prevented a larger movement from taking off. “How workers are going to join unions at a rapid rate, or how they’re going to be organized into something else is not clear,” Tillett-Saks says. “The system for workers to join unions in this country is completely broken.”

If they can overcome these challenges, immigrants, women, and people of color stand to benefit from safer jobs and better pay. Compared to their non-unionized counterparts, unionized Latino workers earn an additional 50 percent, Black workers an additional 28.9 percent, and women an additional 33.7 percent, according to data from the Bureau of Labor Education at the University of Maine.

Unions can provide more than economic security—they can be the first step toward political power. Councilwoman Carmen Castillo, who took office after organizing employees at the Westin Hotel and becoming a union steward and executive board member of Unite Here 217, credits the union for providing her with skills that helped her run for office. She says that in addition to helping workers gain economic security, participating in a union can give immigrants the opportunity to learn English and study the workings of the political system.

Historically, unions have often been the backbone of campaigns for legislative changes. “[Unions have been] the vehicle for how public education was forced, how social security was forced. It’s been a huge voice for all workers, has leveled the playing field for everybody in this country and created a middle class,” says Roxana Rivera, the director of 32BJ Service Employees International Union District 615. One hopes that the calls for unionization at the Hilton and the Renaissance are first steps towards real economic justice for all workers in the state. Perhaps the recent spate of dismissals at the Hilton shows how much their demands strike at the heart of corporate power.

ABIGAIL SAVITCH-LEW B’14 began to dissipate under free trade agreements.