The Week in Secrecy 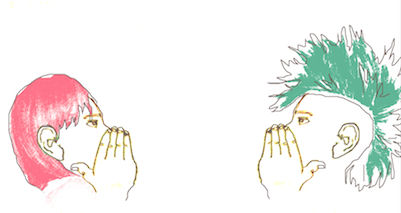 Some time ago, on a lonely Tuesday night, I walked into my local pub. It’s a place of solace, where lonely people go to drunkenly impart their troubles onto other lonely people. Anyone can partake if they know the protocol: Walking through the door, you pause, taking in the tepid smell of beer-soaked oak as the group turns to see who has joined their ranks; you hang up your coat on the usually sparse rack; you approach the bar as the tender tests your steadiness with his eyes; you confirm your commitment by sighing as you sit down; you order a lager, and you simply wait. Before you know it, your therapist-cum-patient for the evening approaches you.

A rather unassuming male in his midto late thirties dragged his body more than most, carrying the emotional burden of a man who knew just a little too much.

“Doing anything fun tonight?” he asked. “It’s a Tuesday,” I replied.

After three pints, he told me he was a military officer working in surveillance, and that his job involved the “strategic mapping of UAVs.”

“What areas do you strategically map?” I asked.

“What do you mean by less expected countries?”

“Mali, Niger; a ground operation in Burkina Faso, most recently.”

“Oh, what happened in Burkina Faso?” I replied, surprised I had read nothing about it.

At this point, my patient cut short his session. Making for the exit, he swiftly pulled his coat from the rack, and walked out into the wet London air.

Yesterday, I phoned the UK Ministry of Defense (MoD) to inquire about the supposed operation in Burkina Faso. When I asked Hannah, the woman at the press office, whether the MoD could confirm the operation, I was put on hold. Enduring a long flatline beep, my heart began to palpitate. She returned to say that she would have to consult “Operations,” so she took my details—my name, media outlet, location, and phone number—and said she would call back soon. This did little to quell my fears of being added to a kill-list.

At press time, I am both alive and have yet to hear from her. It seems “soon”’ is military time for “fuck off.”

Believing my assassination to be immanent, I kept digging. I phoned a variety of news outlets in Burkina Faso. Most didn’t answer, but I was able to get through to PANAPRESS (The Pan African News Agency) based in Dakar, Senegal. After a couple times saying “bonjour! parlez-vous l’anglais?” I was forwarded to an English-speaking journalist. I asked if he had any knowledge of a British military intervention in Burkina Faso.

“When did it happen?” he asked.

“Huh. What are the details? Was it a large operation?”

“Well, I was hoping you would know.”

“I will look into it,” he said, quickly hanging up.

“If you reveal your secrets to the wind, you should not blame the wind for revealing them to the trees.” – Khalil Gibran (quotationspage.com) –SC

OHIO IS FOR LOVERS

A recent visitor to the Ohio Department of Natural Resources (ODNR) website wasn’t interested in hunting big game, digging a well, or drilling for oil. Last week, an unidentified individual brought unprecedented traffic to the webpage while taking advantage of the public agency site’s open storage capabilities for some more personal uses.

The presence of “Sexy Babe” on the site may seem like the work of a careless employee or a peevish hacker, but actually, any Internet ogler could have uploaded the video. The site’s file transfer system, ostensibly intended for sharing large files—like, uh, maps—with the state, is accessible to anyone. But in this case, “someone was using it as cloud storage,” Eileen Corson, spokeswoman for the ODNR, explained to The Columbus Dispatch.

Since a reader alerted the Dispatch on March 1, “Sexy Babe” has been removed from the page and access to the file-sharing site has been limited to registered, authorized users—who will, presumably, leave a trail if they decide to use the site for extracurricular purposes. For secure storage of such activities, the Independent recommends a personal file-sharing medium such as Dropbox or Google Drive. The NSA might have access, but we doubt they’re judging.

According to Corson, the ODNR is taking the incident in stride. “Unfortunately, that happens,” she said.

You don’t seem too surprised, Eileen. Don’t mind if we check your browser history, do you? —EW