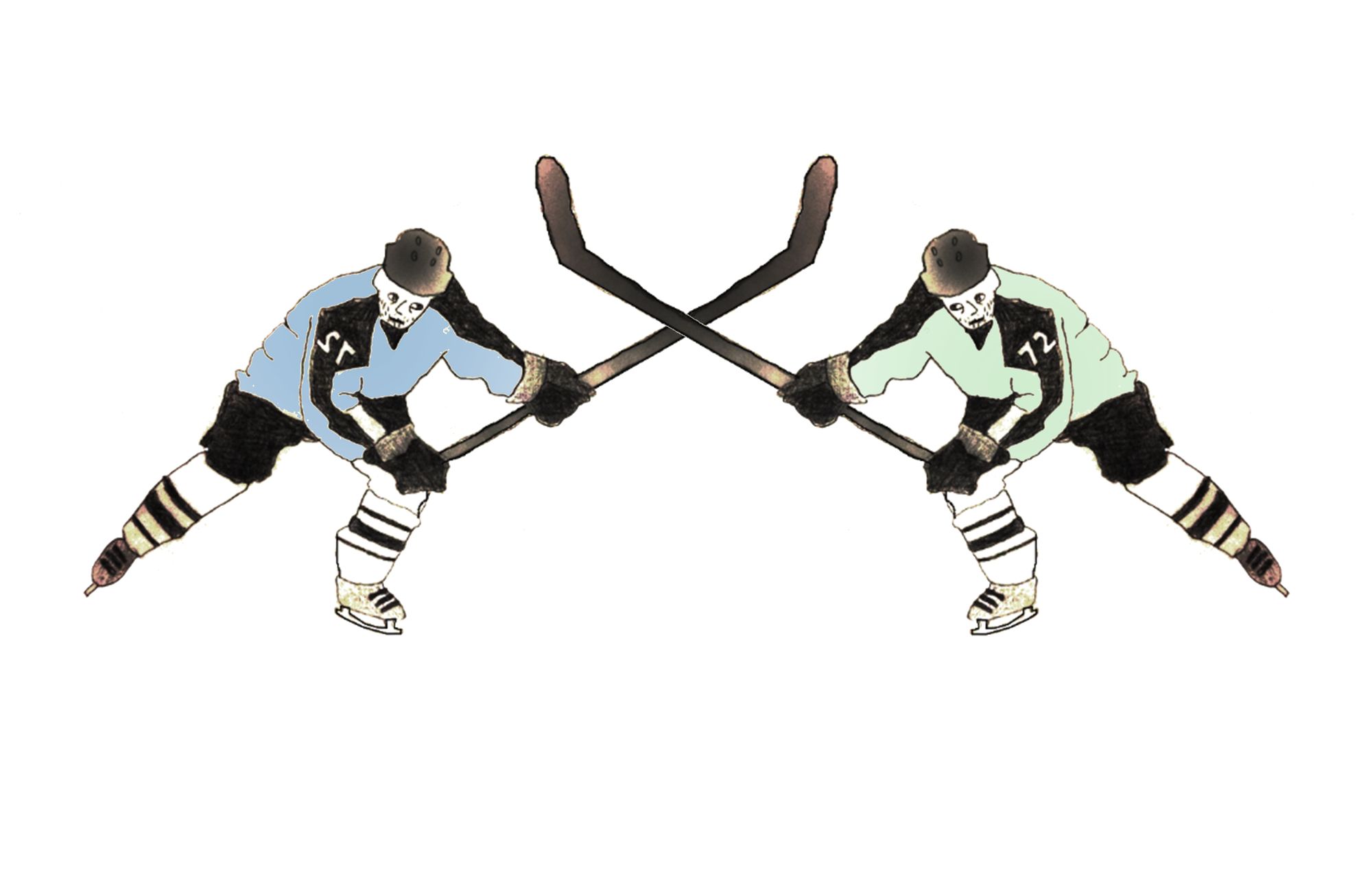 On February 23, the XXII Winter Olympic Games in Sochi came to a close with the Men’s Ice Hockey gold medal game between Sweden and Canada. For the second straight year, the Canadians left the Olympics with gold, but the players won’t be able to enjoy the moment for too long before heading back to work for their professional teams. The entire Canadian roster—and all but one Swedish player—came to Sochi from the National Hockey League.

The current professionalism of Olympic hockey exists in stark contrast with the amateurism of earlier Games. When the modern Olympics began in 1896, competition was reserved for amateur athletes—and before the 1988 Winter Olympics, amateurs filled both the Canadian and Swedish hockey rosters.

But when the USSR skirted the amateur distinction by having its entire team enlist in the Soviet Army, the situation began to change. A roster filled with active military allowed the country to have their “amateurs” spend most of their time playing hockey—while receiving a monthly salary via Army commission. This enraged multiple countries: Canada boycotted international ice hockey from 1970–77, and Sweden joined the cause in ’76. Eventually, in 1986, the International Olympic Committee (IOC) ruled that professional athletes could participate in all sports, pending approval from each sport’s international federation.

A decade passed before the NHL allowed its players to travel to the Olympics. In the interim, players from other professional hockey leagues, like the American and International Hockey Leagues, took part in the Games. With the popularity and presence of the NHL waning in the ’90s, the League knew it was time to make a change. In 1995, the NHL decided to allow its players to participate in the Olympics, starting at the 1998 Games in Nagano. The move elongated the NHL season and forced the League to stop operations for roughly two weeks during the Olympics. Joining the Games raised the stakes: With NHL players scattered throughout Olympic hockey rosters, camaraderie within national squads became a temporary, rather than solidified, atmosphere, and the Olympics began to resemble a collection of NHL All-Star games.

Back in ’98, League executives and general managers almost unanimously supported the decision. Ken Holland, General Manager of the Detroit Red Wings, advocated NHL involvement in the Games for, above all else, commercial reasons: “Everybody in the world watches the Olympics,” Holland said in 1997 to the LA Times. “To have the best players in the world participating can only help us. It’s a big world out there and a big marketplace. With players’ salaries going as they have…we’ve got to find more revenue streams.” But opposition from players remained. Steve Yzerman, then Red Wings captain, questioned the relative value of Olympic gold for NHL players. “The Olympics don’t carry the importance to [Detroit] that the Stanley Cup does,” Yzerman told the Detroit News in ’97. “We need to make sure we’re ready for the playoffs.

Since ’98, NHL involvement in the Olympics has improved the quality of hockey at the Games and increased the prestige of the NHL. However, opinion within the League has flipped: now, League executives see risk in Olympic competition, and more players prize Olympic gold and the Stanley Cup to the same degree. As St. Louis Blues captain David Backes told USA Today before Sochi, choosing between the two trophies would be like “asking a mother to choose between two kids.

Philadelphia Flyers owner Ed Snider is the most vocal opponent to continued NHL participation in the Games. Snider argued to reporters that shutting the League down for two weeks is “ridiculous” and damages a team’s playoff preparation. And sending the League’s elite players to the Olympics risks injury. In Sochi, John Tavares, star and captain of the New York Islanders, tore his MCL, ending his NHL season. Islanders General Manager Garth Snow was irate: “Are the [international hockey governing bodies] going to reimburse our season ticket holders now? It’s a joke,” Snow told Newsday. “They want all the benefits from NHL players playing in the Olympics and don’t want to pay when our best player gets hurt.”

Because of this divide, it’s possible that the NHL won’t participate in the 2018 Games. The NHL signs on for only one Olympics at a time, and the decision requires an agreement between both the League and the NHL Players’ Association. At a press conference in Sochi, NHL Commissioner Gary Bettman said that a decision is expected within the next six months. But this seems ambitious: the parties didn’t agree on the League participating in Sochi until July 2013.

The NHL did not suspend its season for the Games until one day after the opening ceremonies, and so NHL players on Olympic rosters arrived in Sochi less than four days before the ice hockey events began. The US men’s ice hockey squad first practiced as a team three days before their first game against Slovakia. The quick shift from NHL games to Olympic play creates some interesting situations among Olympic hockey players. Prior to the Games, teammates on national teams play against each other in their professional leagues; likewise, players on opposing Olympic teams are often NHL teammates during the rest of the year. In the week leading up to Sochi, all but three players on the US roster played against at least one of their Olympic teammates in the NHL. Moreover, when the US and Canada faced off in the semifinals, nine NHL teams had players on both Olympic rosters

This has caused recent Olympic ice hockey to look a little like a two-week collection of NHL All-Star games. Out of all 12 Olympic ice hockey teams at the 2014 games, only five owned rosters with less than half NHL players: Switzerland, Norway, Latvia, Austria, and Slovenia. Out of those five countries, only Switzerland has medaled in hockey, with their most recent being a bronze in ’48.

Consider the 1980 U.S. men’s ice hockey and the “Miracle on Ice.” Head coach Herb Brooks, who coached the team to gold, looked for cohesion on his amateur roster. His motto was that teams “win with people, not talent.” Following tryouts, the US team toured together for roughly half a year, playing in over 60 games before heading to the Olympics. The 1980 team started as a bunch of college kids, but in the months leading to the Games, they fought, failed, and grew into a cohesive unit capable of making history.

In a perfect world, professional players would leave their respective teams and join their national rosters weeks or months before the start of the Games. NHL players would be forced to choose between chasing the Stanley Cup or the gold medal. It’s nearly impossible to compare any hockey memory to the “Miracle on Ice,” but without months of mutual growth, without rosters working like teams, there will never be another moment in Olympic hockey that comes close.

NICHOLAS CATONI B’14 agrees with Herb.