Women on screen at the Providence French Film Festival 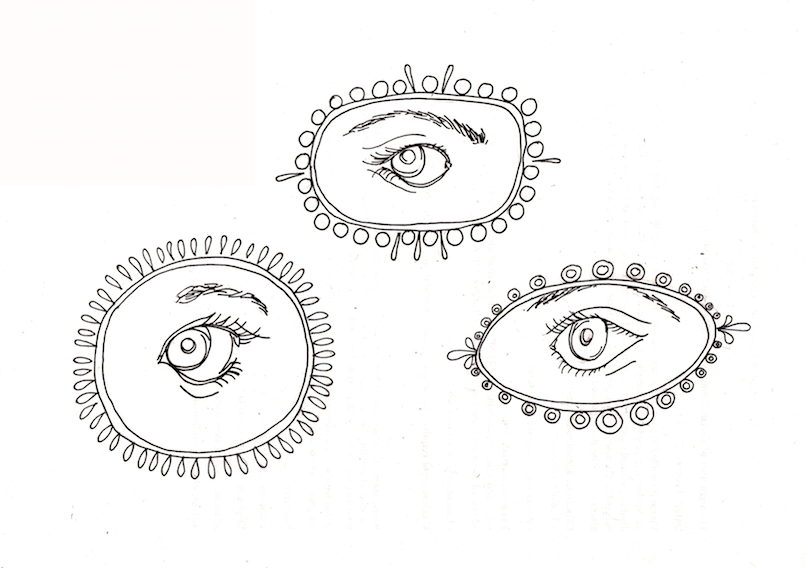 The Providence French Film Festival runs from February 20 to March 2 at Cable Car Cinema. Showtimes are available at cablecarcinema.com.

It’s summer. Isabelle is 16 and on vacation with her family. Determined to lose her virginity, she sleeps with a German boy named Felix on their first date. It’s unspectacular. “It’s done,” she tells her prepubescent brother. Days later, she leaves without saying goodbye. Cut. It’s autumn. Isabelle is 17. Dressed in business attire, she strides across a hotel lobby and takes a lift to the sixth floor, room 6025. There she meets Georges, a white-haired Frenchman with a deep, echoic voice. He tells her that she has melancholy eyes. She undresses. Later that evening, she leaves, 500 euros richer.

Jeune et Jolie (Young and Beautiful) tracks a pivotal year in the life of Isabelle, a dainty Parisian schoolgirl, played by Marine Vacth, who suddenly becomes a high-class prostitute.

As fall melds into winter, we witness a catalogue of sexual encounters between Isabelle and older men. We see her stockpile banknotes, hide text messages, and steal her mother’s formal blouses. Yet, we are not given an explanation that feels satisfying. All seem superficial: television, the Internet, an absent father. Isabelle doesn’t need the money. She says she doesn’t find pleasure in the sex. She has liberal parents. She’s an intelligent girl at a good school. Even after her double-life is discovered and we’re given a police statement, psychology session, and mother-daughter confrontation, Isabelle’s psychology remains opaque. What drives her?

Isabelle’s absent logic is one of the film’s major strengths. Through the inpenetrability of Isabelle’s choices, Ozon forces us to think about transgressive sexuality in a fresh way. Faced with a woman who willingly enters into sex work and still meets hardship, we are made to see the complexities of sexual power dynamics—Ozon does not reduce them to a tug of war between dominance and subordinance. Confronted with a blank-faced, remorseless protagonist who describes her encounters as “an experience,” we must rethink the placement of pity or blame.

Isabelle’s journey is signposted by four seasons and four accompanying Françoise Hardy songs, an overly simplistic format that that reduces her coming of age into a collection of clichés. When Isabelle loses her virginity, Hardy croons “La petit fille que tu as connue / Moi, je ne la suis plus” (“I am no longer the little girl you once knew”). At the end of the film, Isabelle’s errant year is flippantly summarized by the Hardy song: “Je suis moi” (“I am me”). A year of prostitution is passed off as an adolescent search for identity.

The Arthur Rimbaud poem, recited by Isabelle and her peers partway through the film, offers the most compelling –and yet hilariously obscure—explanation for all this. No one’s serious at seventeen. One fine evening, you tire of beer and lemonade, and the cafés with their lustrous lamps. Under the green lights of the promenade, you walk. –SH

Blue Is the Warmest Color

“When you cross paths, and you both exchange glances spontaneously, like with love at first sight, is there something less or more in your heart?” asks a high school literature teacher three minutes into Blue Is the Warmest Color. The class is discussing the eighteenth-century novel La vie de Marianne. Adèle (played by Adèle Exarchopoulos), the film’s protagonist, sits in rapt attention. Eight minutes later in the film, Adèle performs this exchange with a blue-haired woman as the two cross a busy street in opposite directions.

The woman is Emma (played by Léa Seydoux), who Adèle meets later on. In the intervening time, Adèle has an unfulfilling fling with a guy and an unfulfilling flirtation with a girl, both classmates. She goes clubbing with her friend, Valentin. Valentin dances with some friends, and Adèle, left alone, follows a group of women down the street to a gay bar, where she and Emma immediately hit it off. Emma studies Fine Arts, and, though Adèle knows little about art, conversation between the two is effortless and entertaining (“Why isn’t there an Ugly Arts school?” asks Adèle).

Blue Is the Warmest Color isn’t terribly interested in the details of Adèle and Emma’s increasingly shared lives. Adèle is a high school student with aspirations to teach, and then she’s a well-established preschool teacher. She lives with her parents, and then she’s comfortably settled in Emma’s apartment. Time jumps indeterminately, and suddenly it’s unclear whether the two have been together for three months or three years. The tensions between them feel instantly familiar—Adèle doesn’t feel at ease with Emma’s intellectual friends, and Emma pushes Adèle to write more, suggesting that teaching can’t be her true passion—and that is part of what makes the three-hour film simultaneously banal and compulsively watchable.

The film’s interest in the details of the females’ bodies, however, is less easily watchable. Director Abdellatif Kechiche lingers on Adèle as she chews with her mouth open, sleeps with limbs askew and on display, and walks ahead of the camera down the street. When she and Emma have sex, the scenes are graphic and glamorized and full of close-ups. While the camerawork is beautiful and moving, it is difficult to watch Blue Is the Warmest Color without getting distracted from its characters by the film’s focus on their bodies. The women’s bodies are necessarily important to the story of their relationship. However, the camera’s heavy-handed voyeurism feels out of touch with the nuances of the film, particularly in that it takes away from the two leads’ captivating performances.

Midway through the film, Emma and Adèle lie in bed together. “I’d just like for you to be fulfilled,” Emma says, staring into space. “I’m fulfilled with you,” responds Adèle, eyes fixed on Emma’s face with the same look as the first time she saw her. -JW

Blue Is the Warmest Color screens Sunday, March 2 at 2:15PM.