A Week of Confusion 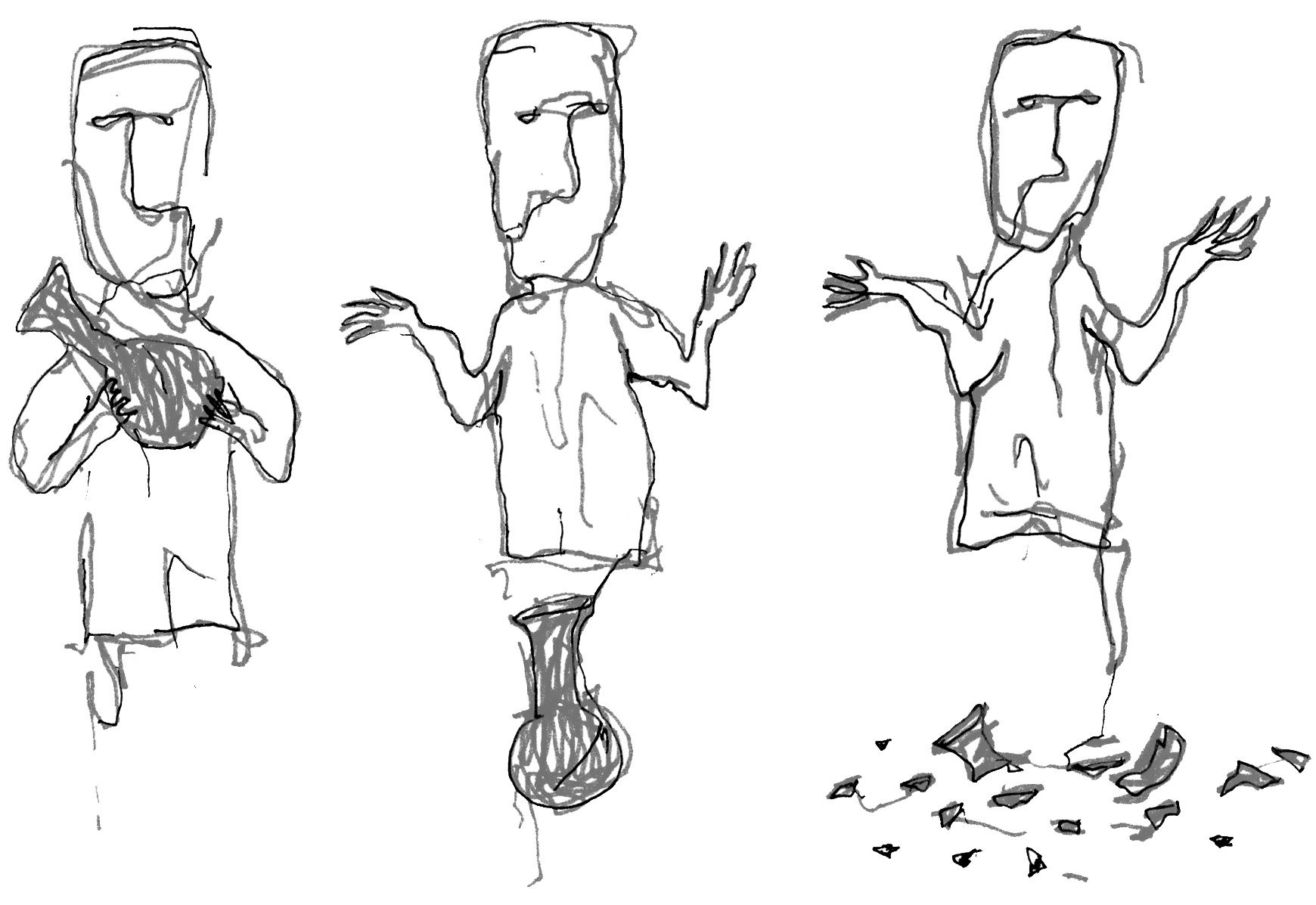 Asking “what’s happening?” is often a mindless exercise in small talk. It doesn’t demand an answer. But this time, when you asked, we wanted to give you a real response. We mulled it over and realized: we have no idea.

Ask any bitcoin enthusiast about the virtues of the virtual currency, and the answer will always be the same: it’s decentralized, unregulated, and impervious to manipulation. It’s been extolled by some as Main Street’s answer to the shady currency practices of major financial institutions. Bitcoin, enthusiastic nerds and technically savvy drug dealers tell us, is the future.

There were always questions surrounding bitcoin. What is a bitcoin? What determines the exchange rate? Where are they stored? How does it work? Those questions fell by the wayside as major distributors began to buy in. All of life’s necessities (food, furniture, even Sacramento Kings tickets) could be purchased with BTC. It shot up in value from $30 to $1200 since last March alone. Fortunes were made in middle school computer clubs. The befuddled were drowned out by promises of untold affluence.

Prospectors keen on the digital gold rush arrived at Mt. Gox, the world’s largest bitcoin exchange center. With an online interface that mirrors the stock exchange, users submitted credit card numbers and received a corresponding bitcoin balance in exchange. Investors had supreme confidence in the operation. Bitcoin, after all, was encrypted. No further explanation needed.

So when Mt. Gox went offline a couple of days ago, and $350 million dollars worth of bitcoin disappeared along with it, the perplexity was understandable. Some say their entire fortunes vanished into thin air. But those users seem to have confused this understanding as well: in order to vanish, something has to be tangibly present in the first place.

The reasons for bitcoin’s popularity are the same ones that made this massive heist possible. Details are still emerging, but it seems as though the supposedly impervious encryption had one gaping hole—big enough to extract 745,000 bitcoins unnoticed. Of course, without central regulation and oversight, it was tough to do anything about it. The potential of virtual currency here is almost sublime: only in the virtual world can $350 million fit in one person’s pockets.

There were red flags all along. Mt. Gox, which stands for Magic The Gathering Online eXchange, holds one of the clues. Common understanding of this entire currency’s presence was something akin to magic, its disappearance much of the same. Mt. Gox’s CEO Mark Karpeles, taking a page from the bitcoin playbook, has disappeared as well. Protestors linger outside of his abandoned Japan office.

Placing confidence and cash in a monetary system that no one seems to fully understand wasn’t the wisest move, but that doesn’t mean it’s time to throw in the towel. Since Mt. Gox’s closure, the price of a bitcoin has shot up over 200 percent.

I once had a cat named Frieda. Frieda liked to go hunting. Most nights she would drag in your run-of-the-mill urban fauna—mice, squirrels, small birds. One night, however, when coming home late, I walked in to a flurry of anxiety. There was a big black swan trying to drill its head through the ceiling. Frieda, standing in front of me, lifted her head to make eye contact. It was a confused look of pride and guilt, her body shrugging in remorse yet poised in self-regard. We both knew it: she was in too deep.

Last Sunday, Maximo Caminero took a trip to the Pérez Art Museum Miami. Like everyone there, he shuffled huskily from gallery to gallery, seeing a bit of this, briefly pausing, and then going on to see a little of that. The art intrigued him but not too much. He played the role of the viewer well, though, fooling everyone else around him. The charade kept up until, in a moment of unreflective reflex, he partook in what he later called a “spontaneous protest.” He approached a collection of oddly colored vases, picked up the nearest by its neck, and let it drop.

Caminero stood there defiantly with a look of pride and guilt, waiting for his arrest. He knew he was in too deep, but could not deny his self-satisfaction.

By his own admission, Caminero thought the vase was “a common clay pot like you would find at Home Depot.” In truth, it was a neolithic vase that the artist Ai Weiwei had covered in industrial paint. At $1 million, it was worth considerably more than anything you could buy in a hardware store––not surprising given that it was in a museum. “I didn’t know that it was that amount,” Caminero told the Miami New Times. “I feel so sorry about it, for sure.”

Caminero, a self-declared conceptual artist, said he was frustrated that the museum did not show local work—so he took the museum’s collection into his own hands. In 1995, Weiwei made a protest of his own by dropping a Han dynasty vase, so Caminero thought Weiwei would be sympathetic. But Weiwei, in conversation with the New York Times, responded with skepticism: “It doesn’t sound right. His argument doesn’t make much sense. If he really had a point, he should choose another way, because this will bring him trouble to destroy property that does not belong to him.”

Weiwei, of course, did not have to deal with the potter of the vase he destroyed, who died before the first century CE.

This past week, during a highly anticipated trial at the International Criminal Court, confusion over idiom brought proceedings to a standstill. Kenyan Deputy President William Ruto and radio journalist Joshua Arap Sang were standing trial for inciting ethnic violence following the 2007 Kenyan general election. The case hinged on evidence in the Kalenjin language, an aggregate of twelve local dialects. Witness # 409 cited two Kalenjin parables uttered by Ruto and a fellow politician to Nandi Hill residents in a speech supposed to provide damning and unassailable testimony.

The first: “Makimoche ketit ne kiibu chumbek,” which literally means, “We don’t want the tree that was brought by the white man…the trees should be uprooted.”

The second: “Ometai suswek kolanda agoi got,” which translates roughly as “you have allowed grass to grow up to your houses.”

Witness #409 understood these statements to mean that non-Kalenjin residents should be purged from the area. Undeniably scathing to the ears of the Kalenjin-fluent, the evidence didn’t quite hit home in translation. Despite being unaffiliated with the case, Kalenjin-speaking lawyers Kigen and Bosek stepped up to aid the prosecution. In a strangely selfless permutation of speech therapy, each translator repeated the remarks in Kalenjin, asking the witness to confirm the words he had used, eventually spelling each word aloud to the court. However, the exercise stalled in disagreement about pronunciation and spelling. This time, the honorable Judge Osuji stepped down from the bench to assist in translation. In a final surreal twist, even defendant Sang himself was called upon to help confirm the accusation.

The fiasco has caused much international eye rolling. One particularly disenchanted commenter on Standard Digital, a main Kenyan media outlet, bemoaned “the last signs of a crumbling ICC case, when the defendants play the role of the prosecution.” –VC