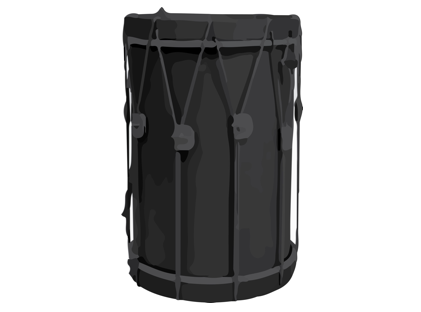 It felt like I was giving out. I was smoking again: first just a cigarette after dinner, then, one after lunch . . . and then both before and after breakfast, etc. In my experience, these sorts of things escalate quickly. I hadn’t done my laundry in two weeks, I’d been wearing the same pair of socks for three days. I’m sorry if this detail is a bit much for you, but it’s the truth.

Don’t get me wrong: I was not suicidal, or anything like that. I was still showering every day. I am just calling it “giving out” for the purposes of this story because it felt like it feels when you break or sprain some body part badly, and it doesn’t hurt badly immediately, but the feeling in your stomach or the fact that you felt something go “click” and now you can’t stand up straight tells you something you may not feel or understand completely immediately. But “completely immediately” is a bad phrase: what I mean is that you may not understand any of it immediately, and you will definitely not completely understand it immediately. What I am saying is that these things take time, sometimes.

Another reason I am using this metaphor is that I am a big believer in the body’s signals, even when I don’t fully know what’s going on with them.

But I don’t know, it’s hard to say. I had been living with my brother in Charlotte, North Carolina. I grew up in the southern part of the city, almost in South Carolina—the Taco Bell we used to go to was actually in South Carolina. This is boring, I’m sorry, but I am not 100% sure myself which details here are important, so I’ll try to move quickly, because I do think some of this is important.

I had gone to school out of state, but I moved back after I graduated, because I didn’t think I could really handle any place faster-paced. My family was getting older: my father had just turned fifty-six, and my sister had just turned thirteen—she was about to go to high school, and I remember what high school was like, and I’ve heard it’s even harder for young girl adults—young-adult girls?—for adolescent women. So it seemed like a nice idea to be near my family. I moved back with my parents and sister until I got a job as a long-term sub teaching US History to middle schoolers, at which point I moved in with my brother, who was studying architecture at the University of North Carolina at Charlotte.

But then I quit my job, and it was right after I quit, or maybe before, that I felt like I was starting to give out. I was unhappy. I was thinking of moving back north, maybe Maine or something. I called my mother to tell her I had quit.

“Do you usually take Idlewild or Tom Short to get to Ben’s place?” she asked, by way of response. “Idlewild” and “Tom Short” are roads in east Charlotte, and Ben is the aforementioned brother, whose house I was living in. She showed up a couple of hours later with some groceries, mostly vegetables.

I was lying on my bed smoking a cigarette when she walked in. She didn’t comment on the cigarette, she just smiled to herself and started to clean up my room. I remember when I was a kid she used to sit next to me on the couch while the family was watching television and pick at all the little whiteheads and ingrown hairs on my arms, and she was doing this to take care of me or something. I knew it was coming from a good place, but at the same time it kind of hurt and felt like kind of a weird gesture, kind of too-close—and so maybe this detail is a bit much for you, too, but what I am trying to say is that her cleaning my room reminded me of when she used to do that. I was very embarrassed.

“Where is your guitar?” she asked, bending over to pick up a pair of dirty socks.

“In the closet,” I said, cringing. I hadn’t played in a while. I used to sing in the chorus in high school and everything—though I always had trouble with the harmonies.

She stepped over a bunch of stuff on the ground (my laptop, more clothes) and opened the closet. She pulled out my acoustic guitar and started to play it, which was hard to do because she was standing up and it didn’t have a strap.

“Since when do you play guitar?” I asked, surprised.

“Hold on. I brought something over,” she said. She leaned the guitar really gently up against my desk and went into the kitchen. I put my cigarette out and hid the butt in the ashtray next to my bed and stood up, like I thought I could get a new shot at a first impression when she came back. She came back holding my old CD copy of Led Zeppelin’s fourth album, usually referred to as Led Zeppelin IV, or sometimes just IV.

“What’s the best song on this record?” she asked.

I hadn’t listened to Led Zeppelin in years, because my tastes had changed a lot, but for a while it had been my favorite album. “‘When the Levee Breaks’ is my favorite,” I said.

She looked around my room for a CD player. I told her I didn’t have one. I felt very young.

“Can we put it on on the Xbox in the living room?” she asked.

She didn’t know how to do it, so she handed me the disc and I turned on the TV and put it in, and I used the Xbox controller to skip to Track 8. We both sat down on the couch in front of the TV. It started playing, and she turned it up a bit with the TV remote.

“It’s the last song on the album,” she commented, looking at the liner notes.

When it finished, she asked, “Why do you like that song?”

She had turned her whole body to face mine. I noticed all of a sudden that my hair was very greasy.

I’d played drums since middle school. “Yeah,” I said, and then I started to tell the story about how the drum track on “When the Levee Breaks” was recorded. It’s one of the most famous drum tracks in history—it sounds amazing, the snare drum sound is really amazing, and it was recorded with only one microphone in a stairwell in a mansion. I couldn’t remember if the take they used for the album was the first take they recorded or not, but I thought it was.

I stood up from the couch to start the song over. “Can you hear how hard he’s hitting the drums?” I asked. “John Bonham used to buy the biggest sticks he could find—the guys in the band called them his ‘trees’—and then he’d turn them backwards and hit the drums with the butt-ends. Each snare-drum hit sounds like—sounds like . . .” I said, and then I started to sing along with the drum part. I rewound the track again to the beginning, the drum intro, and I started doing the whole air-drumming thing—this is sort of embarrassing to think about now, but it felt really natural then—and I closed my eyes and was sort of nodding my head from side-to-side, air-drumming, and when I opened my eyes my mother’s were closed, but not like she was relaxed—like she was holding them closed, actively closed, in concentration.

Later, when I was living in Sacramento, I was driving home from work one day and fiddling with the FM radio. Sometimes when the weather is right you can pick up a couple of great stations from Oakland. One of these stations was a classic rock station, and that evening it was coming through, kind of, and I suddenly realized that the song it was playing was “When the Levee Breaks.” I hadn’t heard it in a long time, and the sound was cutting in and out, but the static didn’t bother me, because I knew the song so well. It reminded me of how at chorus concerts in high school—all the guys in tuxedos and the girls in their black dresses, arranged in rows on the risers, everyone nervous, sweating, all our friends in the audience—the chorus director, Mr. Anderson, would play the first chord on the piano so we could hear our notes, and then he’d get up to the podium to conduct, and he’d smile, and he’d whisper: get your note, get your note—because you have to have the note really solidly in your head before you can sing it—and then he’d raise his baton and whisper: one, two, three, four: and then we’d sing.