The Art of Deduction 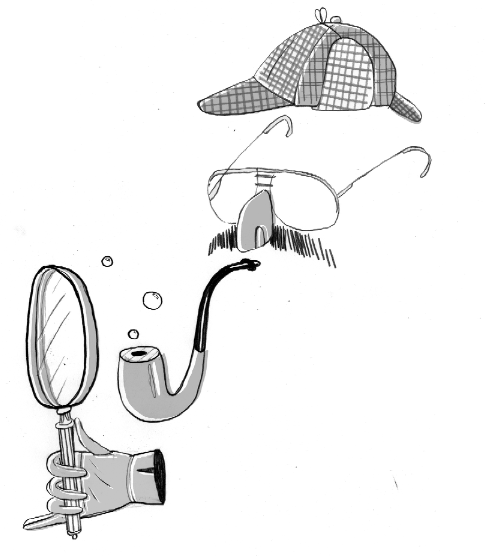 In the last week of 2013, a federal judge ruled on Klinger v. Conan Doyle Estate, relocating Sherlock Holmes and his literary companions to the public domain. No longer under US copyright law, Sir Arthur Conan Doyle’s characters would be free for use in crime novels, film scripts and the erotic fantasies of fan-fiction writers. Even before the verdict, the Baker Street resident has long been one of the most used and reused fictional characters ever—the Guinness Book of World Records consistently names Sherlock Holmes the most prolific character in movie history, with over 70 actors donning the deerstalker in around 200 adaptations. From the Muppet Sherlock Holmes comic books to Russia’s Sherlok Kholms, the consulting detective is ceaselessly reincarnated.

With his remarkably bad social skills, Holmes is a protagonist known not for any gregarious charm but for his incisive acuity. Two recent television adaptations, BBC’s Sherlock and CBS’s Elementary, illustrate our wonder at the detective’s enduring talent, yet their contrasting approaches hint at the subtle difference between cultural ideas of humor. But what we end up appreciating lies beyond the detective’s astute deductions, within his defective etiquette. We look into his funny little brain and we find clear, comedic irony.

The 1977 John Cleese parody, The Strange Case of the End of Civilization As We Know It, has protagonist Arthur Sherlock-Holmes (grandson of the original) waiting around for the wicked Moriarty before realizing, “Is it only 4:43PM? Quick, Watson, get a crossword, there are several moments to lose.” The spoof is ridiculous, but it gets at the heart of Conan Doyle’s creation—Holmes’s restless mind, usually applied to criminal observation and analysis. This is the sole element that ties together the various versions of the detective and his world, the astounding personality trait that fuels his century-old legacy.

In the first week of this year, after a two-year hiatus, BBC’s Sherlock premiered its long awaited third season. Since its inception in 2010, the acclaimed contemporary reboot still draws from the same obsession that fuels the lawsuit against the Conan Doyle Estate—with this exceptional character and his hypnotic way of explaining the world. The show counts on the audience’s addiction to detail, unafraid to stuff its unprecedented ninety-minute runtime fully enough in order to treat Sherlock with the complexity he deserves. The contemporary setting of the show allows its writers to exploit graphics in order to fully display Sherlock’s ingenuity: we’re treated to split-second deductions via liberal use of kinetic typography and glimpses into his “mind palace,” an imaginary architecture of memories accessed via corridors and stairwells.

As Sherlock’s third season plays on British and American screens this month, its American counterpart, Elementary, continues its run on CBS. The latter, also a contemporary rethinking of Holmes, transplants the detective from Baker Street to New York, complete with a stint in rehab and an Oedipal complex. The success of both series to seamlessly transfer the detective to the present day is testament to his universal quality and hence the value of the ongoing lawsuit. But while the two shows both present a detail-obsessed contemporary Holmes, their varied approaches to his comedic potential function as a clear reminder of the historic difference in humor on either side of the Atlantic.

It is no surprise that Americans and Britons can’t agree on the orthography of humour/humor, let alone what constitutes its essence. Stephen Fry, one of Britain’s greatest modern humourists, lays it down in a 2012 interview: “Comedy is the microcosm that allows us to examine the entire difference between our two cultures; ours is bathed in failure but we make a glory of our failure—we celebrate it.” He glorifies a sense of humor that revels in the miserable moments of human life, where heavy doses of self-deprecation force the audience to approach issues from which they usually seek distraction. “The great British comic heroes are the people who want life to be better, and on whom life craps from a terrible height,” Fry confirms. On the other hand, American humor tends to accommodate physicality, overstatement, and hyperbole, finding roots in the classic slapstick gags of Laurel & Hardy. And the immediacy of American comedy often advances at the expense of character development—their repetitive delivery of one-liners can lack the laughable and realistic misery of their British counterparts.

Still, recent television history suggests the gap between the two countries’ approaches to humor may be shrinking. Ricky Gervais, co-creator of BBC’s The Office, went on to produce the acclaimed US version of the series, introducing the country to the sarcastic comedy encouraged by the mockumentary format. Caustic wit and expressionless deliveries began to seep into the American small screen, taking off in sitcoms like Arrested Development, Modern Family, and Parks & Recreation. It parallels the classically acidic, even mortifying humor of Larry David’s Curb Your Enthusiasm, a show that also placed value on the crudeness of real life. As a result, the deadpan sincerity of a character like Parks & Recreation’s Ron Swanson has rightly earned a cult following more deserved than the overused catchphrases of someone like How I Met Your Mother’s Barney Stinson. As US television gradually ditches its canned laughter track in favor of awkward post-punchline silences, its characters become more human and more beloved in their misadventures.

It isn’t easy to compare Sherlock Holmes to the likes of Blackadder’s eponymous hero, Edmund Blackadder, or The Office’s Michael Scott. Nevertheless, the third season of Sherlock focuses on developing the comedy inherent to its protagonist’s tragic flaw—the coupling of powerful intelligence with a complete lack of manners. He is unaware of his own paradox, and it’s the unlikelihood of the detective as a comedic hero that the show’s writers increasingly use. Holmes often stares at the room in disbelief of his intellectual isolation—“Look at you lot, you’re all so vacant. Is it nice not being me? It must be so relaxing.” And still, he is unable to deliver a conventional best man’s speech—he turns it into a crime show-and-tell, and when his ultimate sincerity reduces the crowd to tears he confusedly asks, “why are you all doing that? John, did I do it wrong?”

Sherlock lays bare the situations and relationships that come from his imbalance in brainpower and sociability, particularly celebrating the softer side of Holmes and Watson’s friendship, and developing the charm of a genuine bromance. Elementary immediately denied this possibility after casting Lucy Liu as a female Watson, surrendering to the American prerequisite of always leaving open the possibility of romance. With ninety minutes to intersperse its central mystery with tangential glimpses at Sherlock’s flaws and their resulting humor, the BBC show finds lightheartedness in places Elementary does not. Watching Benedict Cumberbatch, draped in only a bed sheet, walking like a stubborn child into Buckingham palace on the command of his big brother, reminds the viewer that Conan Doyle’s creation is not simply about the inhuman brilliance of a man, but his human faults. The CBS drama functions instead as a typical crime show: much like the same channel’s The Mentalist or Criminal Minds, it proceeds one case at a time, neatly solved in the span of forty minutes, never fully exploiting the unique Holmesian qualities of its protagonist and the delightful ironies they entail.

Perhaps John Cleese’s Monty Python-esque lampoon was the original comedic interpretation of the Sherlock Holmes universe: a world where Scotland Yard is found incompetent and where the audience intently follows the musings of a sociopath who can’t kick a drug habit. Then there are the detective’s ridiculous companions: a constantly head-scratching doctor sidekick and a housekeeper whose sole purpose is to provide the tea. As Cleese originally suggested, the 221B Baker Street world has the makings of a situation comedy readily available within it, encouraging the viewer to laugh at the melodrama of it all. The success of this unlikely interpretation confirms the character’s capacity to adapt to bold artistic license, implying that his rightful place is in the public domain. And if Guy Richie can have a steampunk Sherlock Holmes running around a blue-tinted Victorian set for two stunt-heavy action films, anything goes. Holmes is an exceptionally accommodating character, and his world seems to be fair game.

But despite all the recent television commotion and nuances in each series’ ideas about comedy, the fact that both Sherlock and Elementary could adapt the character to the age of Google and smartphones makes them successful by definition. Because there remain a few purists who still flinch at the thought of anything but a traditional Sherlock Holmes, who insist that his only accessory should be analog, a magnifying glass. As of January 21, 2014, the Conan Doyle Estate is in the process of appealing the Sherlock verdict in order to retrieve its intellectual property. Apparently Kermit the Frog’s interpretation of Detective Inspector Lestrade just isn’t doing it for them.

MAYA SORABJEE B’16 is oft crapped on from a terrible height. 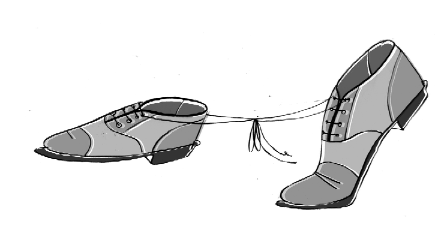