a review of n+1's No Regrets 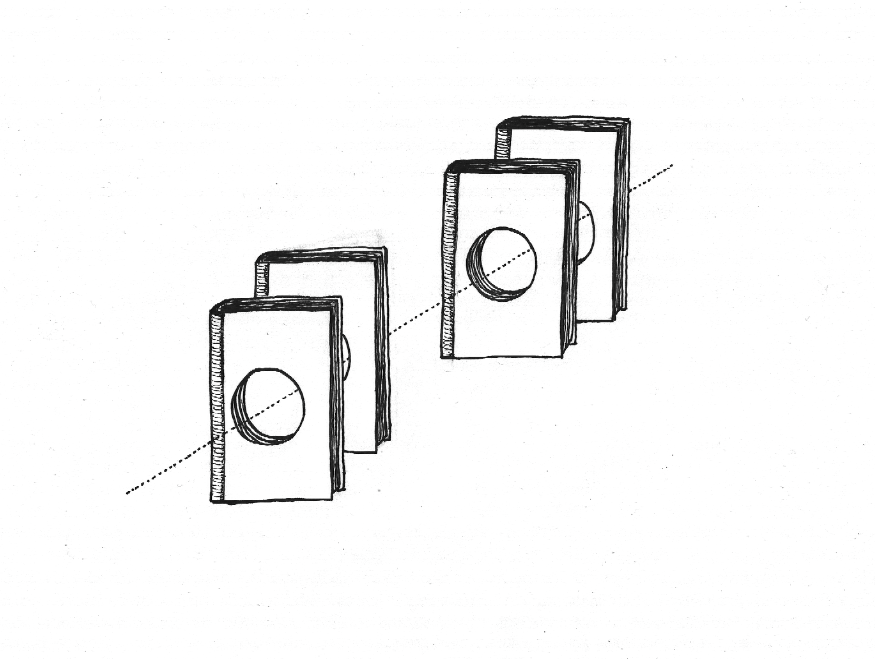 My mom has one of those books that tells you what books to read—500 Books To Read Before You Die or something like that. I don’t remember who wrote it, but growing up I assumed that the author knew what’s up. My mom lightly penciled in check marks next to what she had read, and I added even lighter Xs next to the few-but-growing number of canonical novels that I read as a teenager: To Kill A Mockingbird, The Bell Jar, Madame Bovary, maybe a couple others. Whenever I revisited the book, I became overwhelmed by frustration with there being so many books that I felt I should have been reading.

The problems with this kind of anxiety about one’s reading progress are prominent topics in literary magazine n+1’s forthcoming mini-book No Regrets, edited by Dayna Tortorici B’11. The book consists of three separate roundtable discussions with three to five female n+1 writers/editors each, all moderated by Tortorici. Transcribed and edited down to just 129 pages, the discussions make for a quick read.

The book’s 12 women were all born between 1972 and 1986 and are friends of n+1, whether that means they’ve written for the publication once or are part of the editorial board. Born in 1989, Tortorici, a senior editor, is the youngest. She begins all three conversations by asking what regrets, if any, the participants have about what they did or didn’t read in their college-age years. One participant responds with an outright no. The other 11 equivocate and eventually settle on both yes and no. “I don’t know that I would characterize this feeling as regret,” says Sarah Resnick in the first group. “I think that this sense of having missed something, even the sense of failure, is important to experience at a young age.”

Tortorici writes in the book’s introduction that she had several reasons for including only females in the conversations, one of which being that she was interested in how one’s growth processes as a person and as a reader are uniquely and complicatedly interrelated for women. She quotes Susan Sontag’s introduction to Annie Leibovitz’s monograph Women, in which Sontag says, “Men, unlike women, are not a work in progress.” Tortorici then writes, “That women are a ‘work in progress’ means something different to this book than I think it did to Sontag, and perhaps more literal—No Regrets is, straightforwardly, a book of women talking about the processes of becoming themselves.”

n+1 is primarily known as a Brooklyn-based print magazine. Started in the fall of 2004, it publishes three times per year and features—in addition to short fiction, poetry, and book reviews—theoretical critiques of politics, literature, and culture. Critics of the magazine question the enterprise, claiming that the editors’ perceived elitism distances the publication from potential readers. But n+1 maintains a loyal readership and has published many books by its staff.

In fact, No Regrets is a follow-up to the magazine’s 2007 mini-book What We Should Have Known, in which an entirely different cast of n+1 writers/editors talk about, among other things, what they read too late or too soon. “The book turned out to be full of regrets,” writes Tortorici in the introduction. “This was the irony of the project. What We Should Have Known chronicled other people’s regrets so that I might have none. And yet... The idea that anyone could become herself more quickly, or less painfully, by not making the necessary mistakes, was a perfectionist’s fantasy.”

What We Should Have Known’s participants were seven men and four women. Tortorici also writes in her introduction about No Regrets’ inclusion of only women as a response to this disproportion. “I knew that women speak to one another differently in rooms without men. Not better, not more honestly, not more or less intelligently—just differently.” She says that she was interested in “how the shoulds that stalk women through life influenced the should of what [they] should have known.”

By framing each of the discussions from its outset in terms of regret, Tortorici ensures that the conversations grapple with the role of mistakes in anyone’s growth as a reader. “I feel so engaged in the narrative of my reading and the kind of person it’s made me that it would feel almost life-denying to say that I regret it,” says Carla Blumenkranz B’05 in the second group. The book’s different take on the project of What We Should Have Known, therefore, is two-fold: Speaking openly and pointedly about regrets in the company of just women allows for not only complication of what it means to regret (or not regret), but also investigation into how those regrets intersect with the pressures that only women experience.

The three discussions cover remarkably similar yet very different territory. Judith Butler comes up in all three. So does Philip Roth. David Foster Wallace comes up a few times, as well as Virginia Woolf, Henry James, Foucault, Chris Kraus’ I Love Dick. The first group talks about the “boy canon” of masculinist texts and reading as a way to be or to be like a man. Sara Marcus talks about her inability to read Kerouac. “I remember putting down On the Road the first time a woman was mentioned,” she says. “I was just like: ‘Fuck. You.’ I was probably 15 or 16.”

The second group talks about the “secret canon” and how people use other people’s (lack of) fluency in established hierarchies of books as a sign of intelligence or worldliness. “When I first became interested in the Literary Arts program at Brown, it seemed like the people there lived in a world of experimental literature... and I had to find it all and read it all,” says Blumenkranz. “I went straight from that to n+1, which was, you know, a group of people who spoke about canonical works, bigger works. And I felt I had to figure all these things out.”

The third group talks about fashion and human subjectivity, nonfiction and women in journalism. “As an editor I spend lots of time being like: Women, send me your stuff, even if you think it’s not done,” says Amanda Katz B’00. “Trust me, guys will send me things that are crap... and eventually one of those pieces of crap will get chosen to be published.”

Despite the rampant nameand title-dropping and presumption of prior knowledge that is inevitable in any conversation among people interested in books, No Regrets remains relatively accessible. The women are not afraid to say that they haven’t read something or to ask what someone else is talking about when they’re unfamiliar with a book or a writer. And when Sarah Resnick name-drops and says, “Irigaray is talking about Marx, so if you haven’t read Marx, then maybe you don’t really understand what she’s talking about,” it is part of her point that it is productive and important to sometimes not be familiar with the subject matter at hand. “I’m kind of glad that I encountered them in that way though,” she says, “as a tangled mess that I had to work my way out of.”

The group can come across as an insiders club. In response to the question of what books changed her life, Namara Smith categorizes War and Peace and The Brothers Karamazov alongside “a lot of things by people at n+1” in a way that can turn the reader off. But if you are willing to accept the premise that these are conversations amongst readers who have experienced similar texts, then No Regrets remains accessible. They listen to and understand each other, build onto each other’s ideas, and have a good, interesting time, which allows readers to have a good, interesting time as well.

At the same time, though, spoken conversation naturally outgrows the structure of the book. Big, clear statements derived from the women’s observations as readers are obscured by extemporaneous speech, silenced by interruptions, lost in the momentum of group thought. The most fascinating parts of No Regrets occur when its participants don’t agree, but this doesn’t happen very often. When it does happen, nothing is really concluded from it. Emily Witt B’03 challenges what she believes to be Emily Gould’s assertion that only if a woman writes with really physical language or with an angry tone does she achieve a true female voice, and the slight discord doesn’t get explored, clarified, or resolved so much as the conversation just moves on. As typically happens in all conversation, the nuances of the participants’ opinions and experiences don’t get fully fleshed out.

No regrets is itself a work in progress of sorts. The conversations it holds are beginnings—part of further related work that Tortorici or some of the other 12 women will undoubtedly do, prompts for the readers to think further on the conversational topics. Just because a work doesn’t have a sense of finality, though, does not mean that it isn’t successful. The best works in progress are ones that leave those who experience them wanting more.

No Regrets will be released on December 9, 2013. It is currently available for pre-order at shop.nplusonemag.com.

JOHN WHITE B’14 regrets reading The Bell Jar at age 13.