You can read this as fast as you want, but you're still not going to catch up. It's already tomorrow in Australia, or whatever. 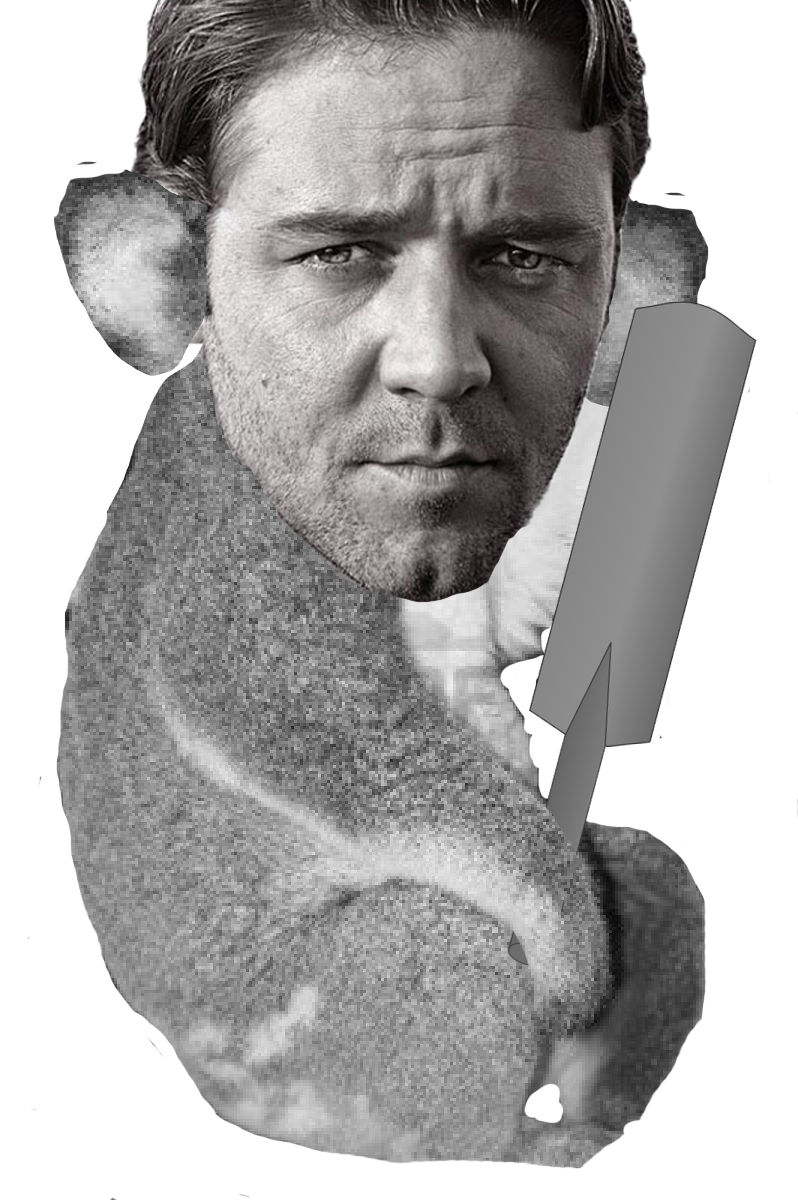 It’s unfair to single out Russell Crowe when writing about Australia. It’s like writing about Vegemite, or Christmas on the beach, or any other popular symbol of Down Under: too obvious, and not reflective of the depth and complexity of Australian culture.

Also, Russell Crowe was born in New Zealand and is not an Australian citizen.

So yes, singling out Russell Crowe in an article about Australia is both unfair and inaccurate.

But it’s so hard to hold back.

On November 6, Crowe served as the celebrity host at the opening of the National Library of Australia’s current exhibition, Mapping Our World: Terra Incognita to Australia. The show is Australia’s most important cartographic exhibit in decades. It includes charts authored by James Cook, the first European to encounter Australia, in 1770; a world map by Gerardus Mercator, whose 1569 projections are still found in cartography today; and even a 15th-century manuscript drawn from Ptolemy’s Geography.

Crowe was quick to express his enthusiasm for the exhibition.

“I do love maps. I mean seriously, I really do,” he said, in his opening remarks. “I love planning adventures, whether it be a car journey or a bike ride.”

Also on display at Mapping Our World is the Fra Mauro map, one of the most accurate world maps produced prior to the discovery of the Americas. Fra Mauro’s unveiling in Canberra, over which Crowe presided, was the map’s first display outside of Venice in its nearly 700-year history.

“I just love seeing how things relate to each other topographically, as well, you know?” said Crowe, who played a Roman gladiator in a 2000 Ridley Scott film.

“Some of the blokes in here may know exactly what I’m talking about,” Crowe continued, to a roomful of cartographers and librarians.

According to the Sydney Morning Herald, it took years of planning to secure loans for the priceless artifacts shown in the exhibition. The Boke of Idrography, a map presented to Henry VIII in the mid-16th century by French cartographer Jean Rotz, was prominently displayed.

“The stories in this exhibition could very well fill the pages of very many screenplays,”

Crowe said, in a three-piece suit. The lecture hall was standing-room only. – SPE

On November 21, The Ashes—a cricket series between England and Australia—began in Woolloongabba, just south of Brisbane. It will end on January 5, 2014, and the winner will be likely determined some time between now and then. After 45 days, though, it may also still end in a draw.

Because of the impending 2015 Cricket World Cup, the series begins again after its last iteration concluded at the end of August. England won 3-0 in four games. They played the fifth match anyway, just to embarrass the Australians. It ended in a tie. Australia has historically dominated the The Ashes, but England’s victory marked a recent upswing for the Brits. Australia’s cricketers now find themselves in an unfamiliar position: underdogs down under.

With their victory, England took home The Ashes—literal ashes, in an urn, the prize held by the victorious team. The prestigious urn is said to contain the remains of a cricket bail burned in 1882, when Australia defeated England so badly thatThe Sporting Times pronounced English cricket dead.

Cricket is difficult to understand. In short, the bowler pitches the ball to the batsman, who attempts to hit it where the fielders aren’t. The batsman attempts to run back and forth between the two wickets as many times as possible before the ball is returned. Players field positions such as gully, fine leg, back pad, mid-on, and slip. They break for lunch and again for tea. A day’s contest ends when the sun goes down.

This may sound too civil for American sports fans—boring, even. But when you play a team 25 times in 45 days, things get personal. Sledging—deriding the opposition—becomes the rule, not the exception. In 1989, Australian bowler Merv Huges taunted England’s Robin Smith: “You can’t fucking bat.” “We make a fine pair,” Smith quipped back, “I can’t fucking bat and you can’t fucking bowl.” The insults, like the game, carry themselves upright. Except when they don’t: Australia’s David Warner drunkenly punched Englishman Joe Root at a bar this summer.

Fighting through the winter, England does not want Australia to take back the urn. They seem to be quite concerned about this—Mike Gatting, England’s old captain, stayed up all night on Tuesday guarding the urn in its current resting place, Lord’s Cricket Ground in London.

Australia, though, hopes to turn their luck around. The entire series will be played on their continent, and they like their chances. Australian captain Michael Clarke laid it all out on Ashes eve: “Our job is to perform at our best and the result will take care of itself. The belief is there.” Old ashes still smoldering, it begins again. –TR

The koala sleeps for up to 20 hours a day. Don’t call it a bear. It’s a marsupial, and you know what that means, right? Koalas are Australian; they come from the land down under.  If you aren’t singing that song1 in your head already, let’s not be friends.

Koala populations have been in fairly rapid decline. Current data is limited, but reliable figures do exist for koala populations in the states of New South Wales and Queensland. From 1990 until 2010, the populations have gone down 33 and 43 percent, respectively. Rumor has it percentages always end in three down there.

People are worried about the present. How many koalas are there now?  The Australian National Parks Association (ANPA) wants you for the Great Koala Count.  The ANPA knows that you live in New South Wales or Queensland.

Armed with high-tech cell phones with built-in digital cameras, citizen scientists are taking to the forest to count the koalas.  “We’re bringing koala conservation into the 21st century. We’re using a smartphone app, making it much easier for people to contribute,” says Dr. Grainne Cleary of the ANPA. Robert Close, adjunct professor at the University of Western Sydney is an expert in koala biology, rock-wallabies, bandicoots, water rats, Australian mammals, the ecology of the Georges River bushland, and the Galapagos Islands. He has some old-school advice for the Koala counters: “You look at tall trees, small trees, heavily foliated trees as well.” –JJ

1. “Do you come from a land down under?/Where women glow and men plunder?/Can’t you hear, can’t you hear the thunder?/You better run, you better take cover.”–Men At Work