Shelter from the Storm 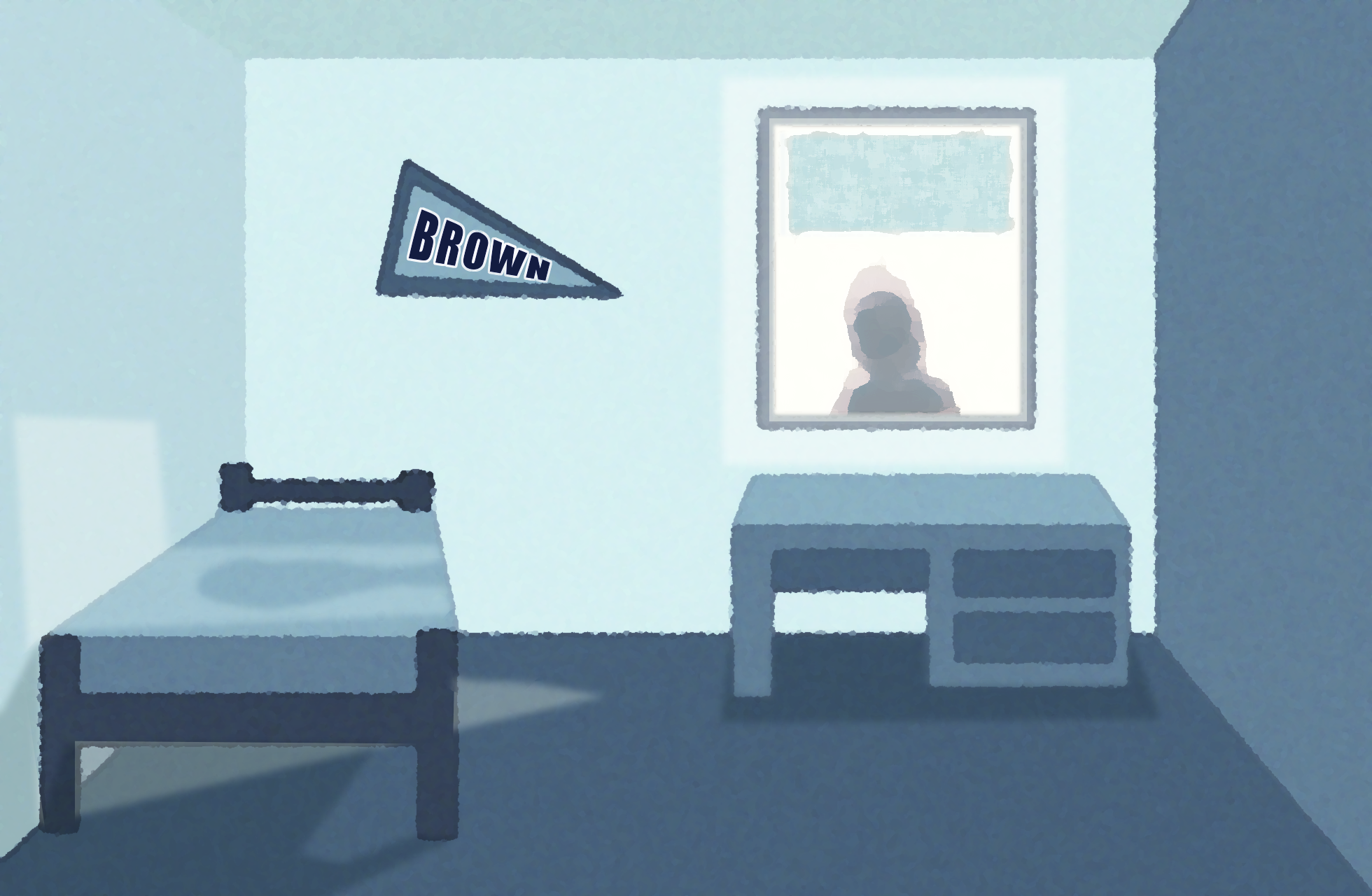 The front-page headline of the Providence Journal on April 4 proclaimed, in bold type: Raimondo: Stay home, or ‘more people will die.’

Governments across the world are ordering citizens to stay at home and practice social distancing during the coronavirus pandemic in an attempt to slow the spread of the virus and save lives. But what happens to people for whom staying home isn’t an option?

Rhode Island is one of many state governments across the country asking the impossible of people experiencing homelessness, one of the most vulnerable and marginalized groups in the United States. With many Rhode Islanders living in parks, tents, and densely-packed emergency shelters, there exists a perfect storm for coronavirus to spread quickly among homeless people, many of whom already have chronic health conditions. Over 75 percent of homeless people are smokers, for example, and the homeless population skews older than the general population, increasing the risk of fatally contracting COVID-19.

Decades of failed or non-existent housing policies at the state and federal levels have created a system where many Rhode Islanders can’t afford a home. Rhode Island only invested 5 dollars per capita in housing in 2017, compared to 100 dollars in Massachusetts. While Rhode Island’s housing crisis has become a disaster because of years of systemic failure, there is action that the state can take tomorrow to ensure more people have access to a safe, clean, and secure place to stay in the midst of a pandemic.

Dave “Bumblez” Caplan, 38, is staying at Harrington Hall, a men’s emergency shelter in Warwick that can house over 100 people in densely packed bunk beds. On Sunday morning, a staff member there tested positive for the coronavirus, leading to quarantine measures for staff who had direct contact with the person and raising concerns about the health of more than 90 men who were staying at the shelter. The staff member who tested positive is now in the hospital.

Bumblez has been homeless for a while, but he’s never seen a situation like this. “It’s rather scary,” he told the College Hill Independent, speaking by phone from the shelter. “I feel like we’re on the brink of a total collapse. When this is over, we’re going to be feeling this for a while.”

Bumblez said that for the past week members of the National Guard have been building a large tent next to Harrington Hall. The heated tent, which has 40 cots inside, is meant to decrease the density within the shelter, reducing the possibility of the virus spreading, according to a press release from Crossroads RI, the largest homeless service provider in the state and the organization that runs Harrington Hall. Another 24-person tent is being built next to the main Crossroads complex at 160 Broad Street in Providence.

Even with the extra space, conditions aren’t optimal at Harrington. Last week, for example, people staying at the shelter received an orange, a granola bar, and a bag of cereal without milk. Harrington doesn’t usually offer food to clients, but has done so since the coronavirus crisis began in order to keep people from going out to soup kitchens and meal sites.

“I’ve seen some people at the Hall right now who are really starving and hostile,” said Bumblez. “They’ve never promised us breakfast when we’ve stayed in before, but what are you supposed to do with people now? You gotta give people something to eat….They’re feeding us bread and water like prisoners.”

And those who choose not to stay in a shelter for fear of contracting the virus in a dense setting don’t have many other options. Many homeless people spend the day in places like the Providence Place Mall or Kennedy Plaza, but with many businesses closed, homeless people don’t have safe, dry places to stay. “I’m at risk either way, whether I’m at the hall or out,” Bumblez said.

But according to homeless advocates like Eric Hirsch, a professor of sociology at Providence College, there is a clear solution to this dangerous problem.

Using executive power, Governor Gina Raimondo can demand that Rhode Island’s hotels and colleges open up empty rooms to people experiencing homelessness, providing them a private, clean, and dry place to stay during a global health emergency. Because most college students have been sent home and people have stopped traveling for work and leisure, many of these spaces lie empty. The state has worked with some hotels, such as the Wyndham Providence Airport Hotel in Warwick, to provide places for housing-insecure people to self-quarantine if they show COVID-19 symptoms or test positive. This is a good first step, but if the state temporarily houses all who are now living in shelters, it can contain any spread of the virus before it spirals out of control.

“This is taking longer than it should,” said Hirsch, a 30-year advocate for the homeless community in Rhode Island. “This is the most vulnerable population in the state, certainly in terms of where they’re sleeping and underlying health conditions.”

According to Hirsch, Connecticut has taken action to protect their homeless communities by housing people in hotel rooms. Working with government leaders, the Connecticut Coalition to End Homelessness moved just under 1,000 people into 800 empty hotel rooms across the state. California, which has the largest homeless population in the country, took similar action last week, and now has 7,000 hotel rooms available for people living outside over the age of 55 or with chronic conditions. California hopes to increase that number to 15,000 available rooms in the coming weeks.

In order to reduce overcrowding in emergency shelters and to provide real meaning to Raimondo’s ‘stay at home’ orders, Hirsch argues that Connecticut’s rapid response is the kind of action we need in Rhode Island. Over 4,000 people experience homelessness over the course of a year in Rhode Island, and currently around 350 people are staying in shelters. By making 300 hotel rooms available, Hirsh told the Independent, the state could drastically decrease shelter density.

Rhode Island is moving quickly to provide resources to snuff out COVID-19 infections in nursing homes, which have been epicenters of coronavirus cases nationwide. But, Hirsch queried, what makes a nursing home so different from an emergency shelter? Both places are full of at-risk, older people in dense sittings, a perfect environment for the virus to spread. Hirsch advises to treat the risk of coronavirus spreading in our emergency homeless shelters as seriously as the risk it poses spreading in our nursing homes. To do otherwise would be a double standard, claiming certain lives are more important than others. By opening up safer, cleaner shelters for those experiencing homelessness, we can make sure that double standard doesn’t continue.

The possibility of widespread infection and death in homeless communities nationwide will soon become reality unless we take action now. With more public spaces like the Providence Place Mall closed, there are fewer ways for many people experiencing homelessness to find a bathroom or a place to get out of the cold or rain. Fewer service providers are open, making it difficult to get a warm meal or medical care. Remaining providers, like Amos House and McCauley House, are continuing to give out food in bags, but those locations might shut down operations soon because of the virus.

“We’re still in this weird, waiting for the other shoe to drop phase,” said Megan Smith, a direct outreach worker and case manager at House of Hope Community Development Corporation. “Things are going to get terrible once the infection rate spikes...the health side is going to come down any second, and it’s going to hit everyone all at once, because folks are so close, either in the shelters or outside.”

Smith’s warning shows that time is of the essence. Hundreds of Rhode Islanders are in the same situation as Bumblez, living in densely packed shelters without a safer option. Hirsch’s simple solution—use empty hotel or dorm space to house people experiencing homelessness—is the way to ensure justice for all Rhode Islanders in the midst of a crisis. Governor Raimondo needs to act now, before the virus starts spreading in homeless communities, to provide people experiencing homelessness the shelter they need. Even then, she might be too late. With a COVID-19 case confirmed at Harrington Hall, the virus may already be spreading in the homeless community.

If you want to advocate on this issue, we encourage you to email Governor Raimondo at [email protected] and ask her to use her executive powers to commandeer empty hotel and dorm rooms for at-risk homeless populations. Below is a sample email provided by Eric Hirsch, shared with advocates working in the Homes RI policy group:

Why are Those Experiencing Homelessness Forced to Live Under Unsafe Conditions?

Rhode Island has recently had nearly 4,000 people experience homelessness over the course of a year; in 2019, we had 1,055 on a given night. As of March 31, 2020, we had 354 people staying in individual congregate shelters in Cranston, Providence, Woonsocket, and Newport. Many of these individuals have underlying chronic health conditions, 70 to 80 percent are smokers, and nearly all have very limited economic and social resources. They are the very definition of vulnerable to COVID-19. And yet they are living in congregate settings just feet from one another. The Centers for Disease Control and Prevention has issued guidance that we should be sure that those experiencing homelessness should be kept three feet apart in these shelters. Yes, homeless people only need to be three feet apart while those with homes must be six feet apart. Why are those experiencing homelessness any less of a priority than those in nursing homes?

I appreciate the efforts of Governor Raimondo, Department of Health Director Dr. Nicole Alexander Scott, Director of Administration Brett Smiley, and all the people working hard on the homeless task force. However, we need to reduce the density in these congregate homeless shelters now and not next week. The governor has the power to cut through the red tape by commandeering empty hotel rooms or other accommodations.

(4) Subject to any applicable requirements for compensation under § 30-15-11, commandeer or utilize any private property if the governor finds this necessary to cope with the disaster emergency.

I ask the governor to prioritize the health and safety of people experiencing homelessness in Rhode Island.

By providing people experiencing homelessness places to stay, Gov. Raimondo can ensure that the order to ‘stay at home’ is possible for all Rhode Islanders.

The dorm room of PEDER SCHAEFER B’22 in South Caswell, third floor, is empty.