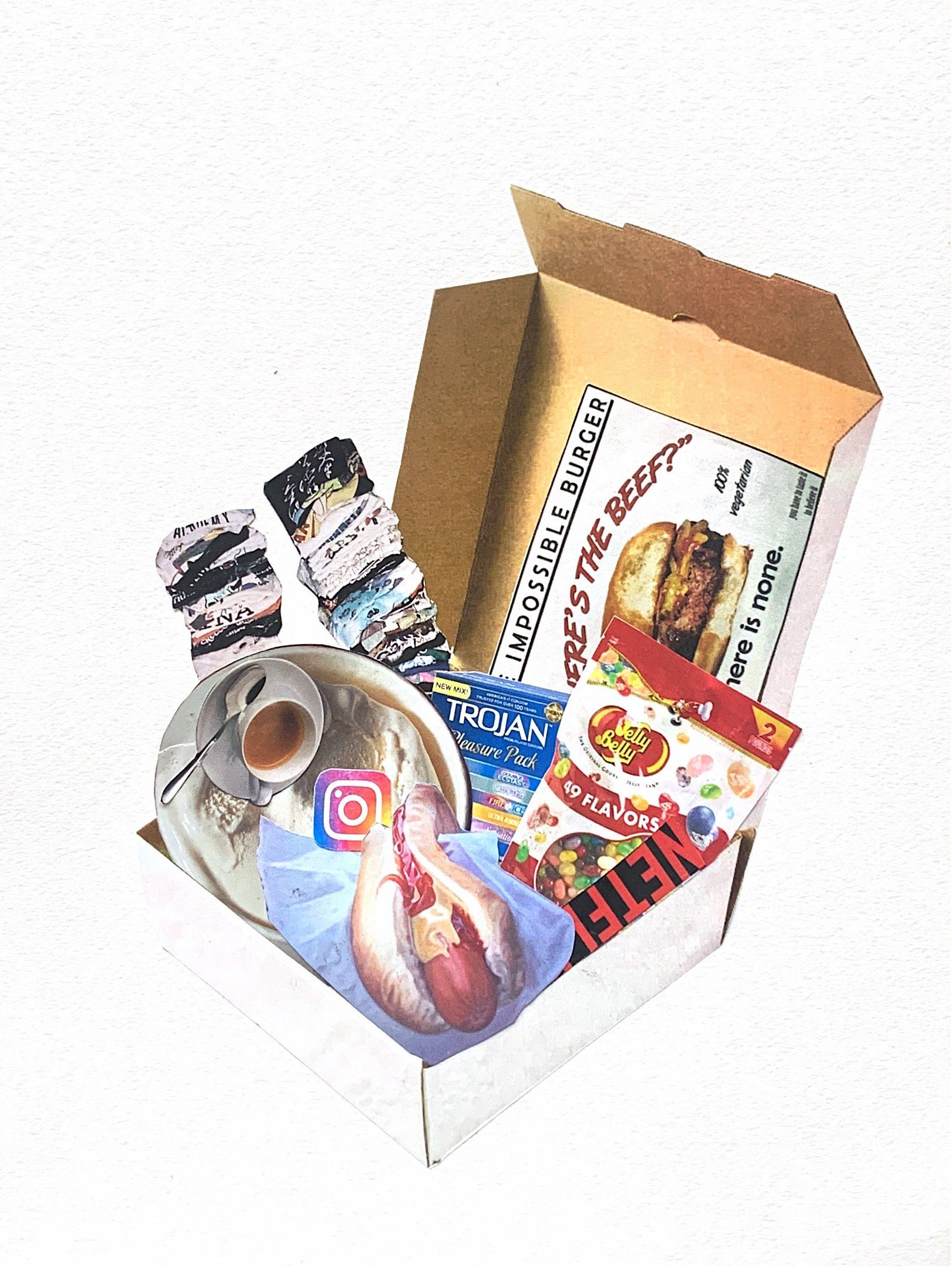 Lent begins on Ash Wednesday and ends on Easter. This time mimics the same long 40 days in which Jesus wandered the desert without food or water—a tough act to follow. During Lent, some good Catholics choose to add something meaningful to their lives, while others opt to forgo something, a tradition called the Lenten sacrifice.

But 2000 years or so after Jesus’ arduous journey, Lent looks a lot different. Our material standards of living are incomparable to any past generations; these days, Lenten sacrifice looks like quitting the Juul and hitting the gym. One can find Lenten inspiration year-round in plenty of clickbait articles (“I Gave Up Sugar for 30 Days and This Is What Happened” or “iQuit Social Media and iFeel Amazing”). Sacrifice is trendy. Increasingly, Catholics and non-Catholics alike are jumping on the vegan or keto bandwagons, commiting to the #gramfree life, shopping small and local rather than Amazon-priming everything, meditating every morning, keeping gratitude journals, and a myriad other worthy approaches to self-improvement that Jesus and his followers would have a hard time wrapping their heads around.

Lenten practices are supposed to meaningfully contribute to life in some way, and the sacrifice is meant to be challenging. This Indy contributor remembers attempting to give up jelly beans for Lent in first grade, which she thought was the perfect solution to the idea of “sacrifice” since jelly beans were only readily available in the basket that would reward her on Easter morning. Her church class teacher begged to differ, and this was the first time she was left questioning her commitment to the Catholic faith. (This was also the only year she successfully kept her Lenten promise.).

On Ash Wednesday of this year, our semi-bald problematic fave Pope Francis urged Catholics to consider giving up the eighth modern-day deadly sin: trolling. He advised churchgoers to abstain from the sacrilegious practice, no matter how tempting it may be to liken your haters to the Devil. The Pope proclaimed that Lent “is a time to give up useless words, gossip, rumors, tittle-tattle, and speak to God on a first name basis.” So instead of spilling tea, subtweeting, and drunkenly ranting like we do for the rest of the year, think about calling up the Big Guy and asking: What’s your plan for this whole goddamn thing?

Pope Francis is hipper than most octogenarians, at least when it comes to the evils of cyberbullying. But do you think he’s ever chowed down on a Beyond Burger? For many, Lent includes not eating meat, at least on Fridays. The recent proliferation of meat-like vegan meats creates the perfect loophole for carnivorous Catholics. While devouring a juicy Impossible™ Burger every Friday isn’t technically a violation of the fast, eating something in the uncanny valley of meat is kind of…against the point.

This Impossible™ Burger question provides a mouthwatering challenge to the binaries set up by organized religion. Catholicism, alongside many other religions, is filled with these ancient oppositions: good vs. evil, angel vs. devil,  heaven vs. hell. Like vegan meat, some things don’t fit within these boundaries. And the 2000-year-old religion might need to come up with some answers.

Right now, thousands of (sinful) Catholics like myself are on a Zoom call with God asking if it’s okay to skip Lent in 2020. I mean, with everything going on right now, I may as well be allowed to eat all the jelly beans I please, right? 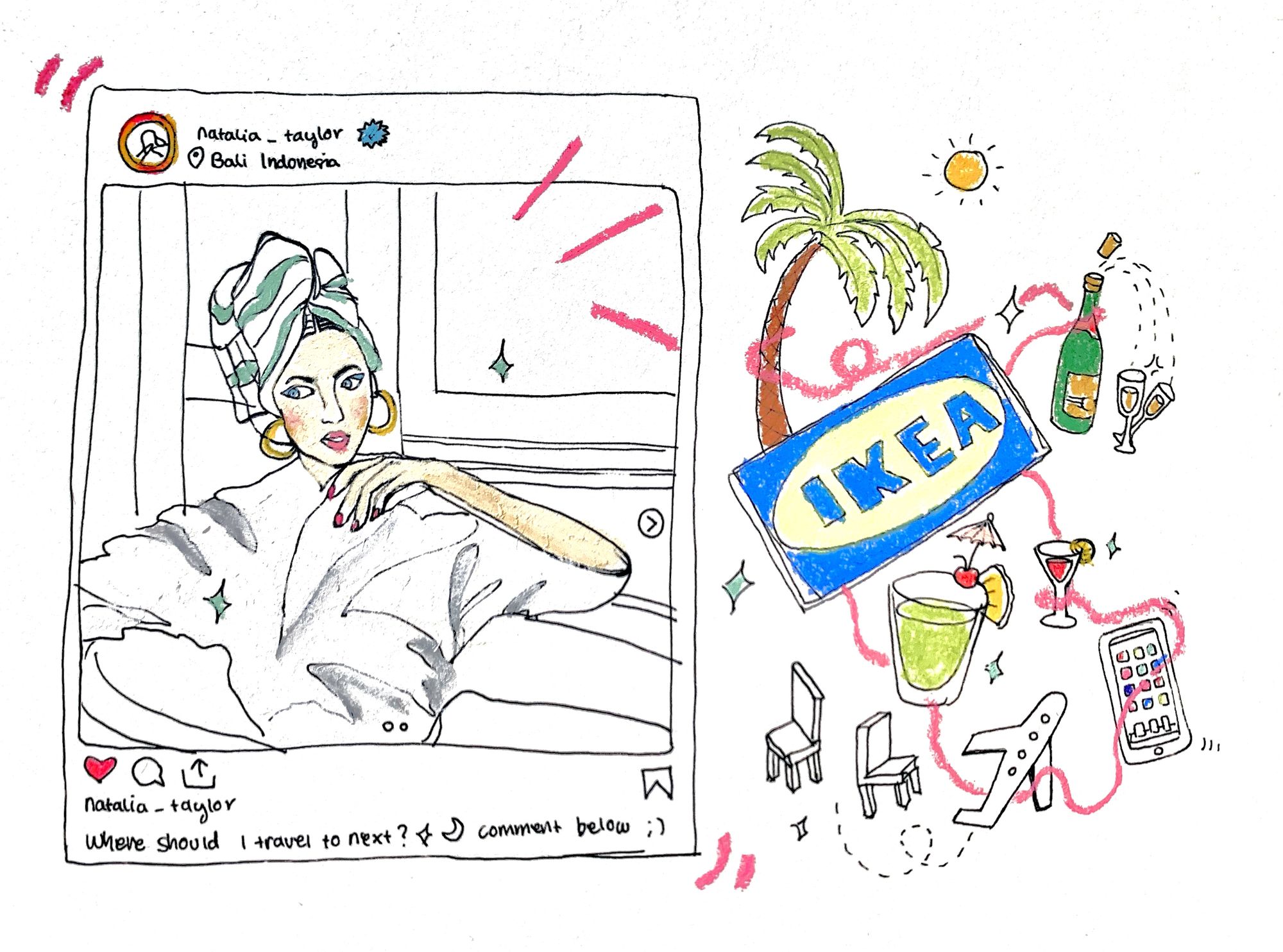 Vacation is just a block away

After gathering a moderate amount of fame from her YouTube “storytime” videos, Natalia Taylor decided it was time for something different. Typically, the 23-year-old sticks to posting glamour shots across her social media accounts and telling stories about her day-to-day on her YouTube. Last month, she seemingly decided enough was enough and played a bit of a trick on her followers. Over the course of a day, Taylor uploaded various pictures from her recent ‘vacation’ to Bali, Indonesia. She lounged on a patio, relaxed in a bathtub, and flaunted the AirBnB she was (allegedly) staying in. Her fans were quick to support her, commenting heart eye emojis and compliments—as one does. One follower wrote, “She really out here living her best life,” while another commented, “Our Bali princess.” Some even got excited about sharing a connection to Bali with Taylor, writing, “I’m in Bali too!” and  “Welcome to my country, Nat! Enjoy!”

Yet, tragically, these followers soon learned that their affectionate messages were playing into a trend of deception Taylor was highlighting. In a video released shortly after the photos appeared on her channel, titled “i FAKED a vacation at IKEA,” Taylor exposed the reality behind these glamorous images. Was the YouTuber faking a vacation to the luxurious destination of IKEA? Did she find IKEA so relaxing it felt like a vacation? No, unfortunately not. Rather, Taylor had made use of IKEA’s characteristic showrooms to fake her Bali blowout—bringing new meaning to the word staycation. With her “storytime” explanation video, Taylor revealed the behind-the-scenes of the project and why anyone might try to fake a vacation in the first place.

Taylor takes her audience to the IKEA a few blocks from her home, donning a full face of make-up and a pink dress that, her true fans would know, she had bought recently for a vacation (many of these diehard fans picked up on it, fear not). She was accompanied by her photographer and an unidentified camera operator. The extensive project predictably gained a crowd of perplexed IKEA customers and workers as well. The mission seemed intense: the trio quickly obscured IKEA tags, completed their photoshoot, and attempted to hide themselves from workers who might’ve kicked them out. Thankfully, the team was successful, and the video later rejoins Taylor in her room, posting the photos and assuming that some of her followers will catch onto her scheme. To emphasize how ‘obvious’ her stunt was, Taylor leaves small clues in the photos for people to notice the fakeness of it all.

But no one does. The compliments from fans flood in along with the confused messages from her friends and family. Taylor takes this as a sign of her fans’ trust in her, a quality that she emphasizes throughout her video. She implies that anyone looking closely would notice the multiple clues she left in the photos. To her, their willingness to believe comes from a blinding faith in social media rather than from the trustworthiness of the Instagram stories she’s posting. She explains that if she were in Bali, she would obviously be posting photos at iconic sites and definitely not be posting three times in the same day either. And, clearly, anyone who looked at the art above the bathtub in her last photo must recognize it’s from IKEA, right?

Especially now, in a time filled with increasing global travel restrictions, Taylor’s video sets an odd precedent for just how far someone will go to fake being ‘away.’ Soon enough, more influencers may capitalize on her tactics to fake luxury and travel, especially as we begin to more frequently envision ourselves in locations other than our bedrooms, even ones that, like IKEA, didn’t feel so far away at first. Whether getting there through our imaginations or our local IKEA, Taylor opens doors that may have been better off closed.

Through her own faked vacation, Taylor is attempting to display how easy it is to be fooled by influencers online. What she illustrates to even greater effect, however, is just how short-sighted influencers can be. Taylor assumes her fakeness is noticeable, but even after the video, the photos seem convincing and the clues barely visible. Just as other influencers have their reasons for trying to fake vacations, Taylor had her own with this project, which, shockingly, doesn’t just end with the good deed of raising awareness, even if she claims that’s the case. The outcomes of this video, besides awareness, are increased fame and influence for Taylor. Her fakecation, supposedly meant to raise awareness about what people will do for publicity, does exactly what it warns against. At the start of her video, she encourages viewers to subscribe and, at the end, says she’ll follow anyone who DMs her an example of a clue she left in the photos. Predictably, these same photos are now filled with thousands of additional comments about the video.

Through its existence as a publicity stunt rather than a secret, Taylor’s prank ‘fakecation’ garnered more publicity than an actual attempt at faking a vacation. With that, her influence grows and, by showing the fakeness, games it in her favor. So influencer culture continues.