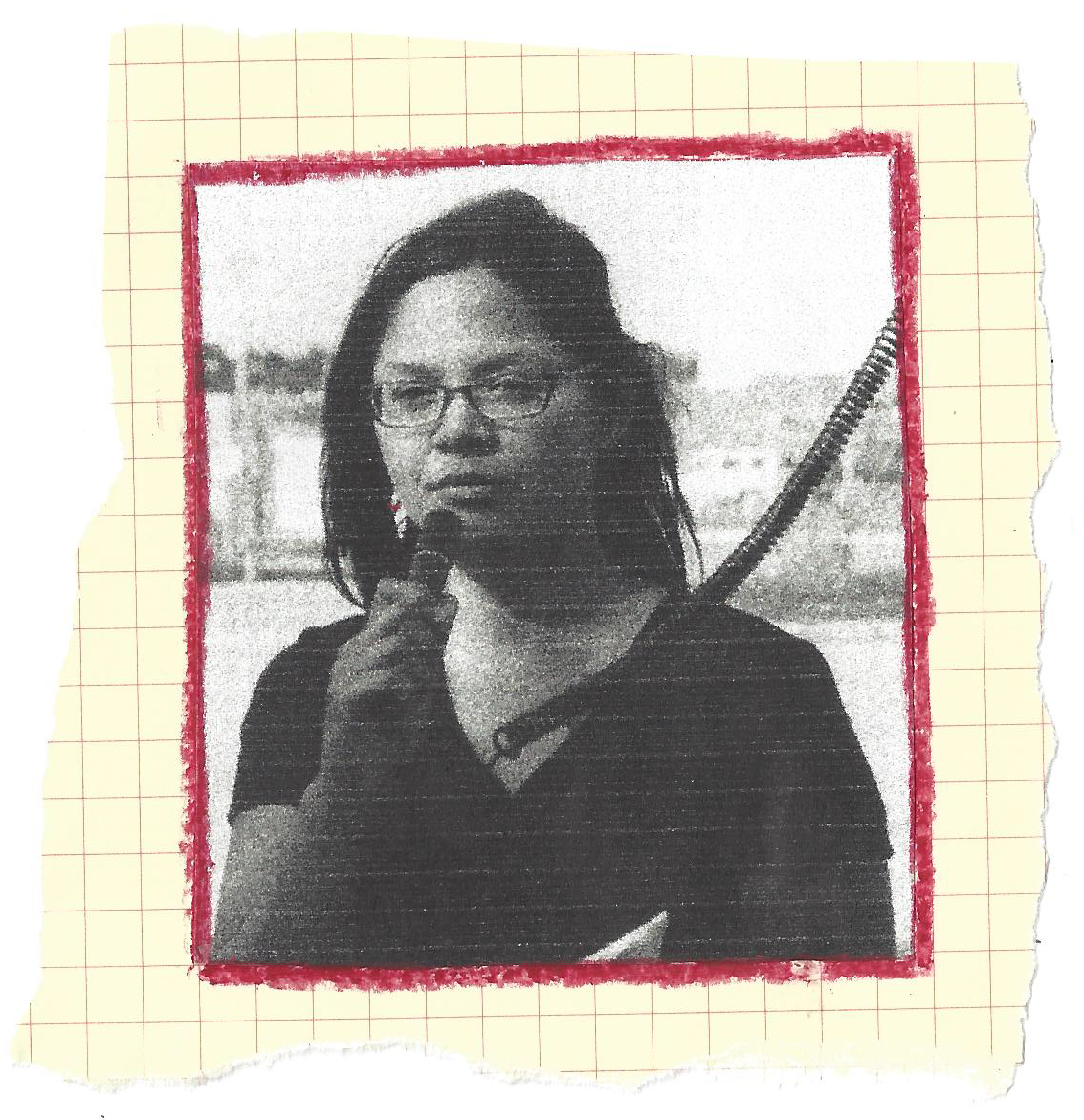 In New Bedford District Court on Monday, activist Sherrie Andre was found guilty of trespassing and disturbing the peace after participating in an anti-ICE protest in the summer of 2018. They were sentenced to 30 days in jail—the maximum sentence—to be served in the Bristol County House of Corrections. Inside the courthouse, the behavior of those wielding institutional power—the racism of the prosecutor, the apathy of the judge, the violence of the security guards—made shockingly evident how the criminalization of peaceful protest is legitimized inside the courtroom.

These charges are the result of a nonviolent direct action organized by members of the FANG Collective, of which Sherrie is a co-founder. By blockading the entrances to the Bristol County House of Corrections, the protest was intended to raise awareness about the horrific conditions inside the facility. The action was held in solidarity with a hunger strike by those detained inside the jail and marked the launch of FANG’s “Shut Down ICE” campaign.

“We are surprised by the guilty verdict, and shocked and enraged that the Judge decided to impose the maximum sentence on Sherrie, despite dozens of letters of support submitted on Sherrie’s behalf by community leaders,” said FANG in a statement. “This harsh sentence is reflective of the violence that the Bristol County Sheriff’s Department inflicts on people every single day.”

The Bristol County House of Corrections has received widespread national attention over its inadequate food, abusive guards, medical neglect, and lack of mental health care. According to the Boston Globe, the facility is responsible for a quarter of all jail suicides in Massachusetts, despite holding only 13 percent of the state’s jail population. The Bristol County House of Corrections is overseen by Sheriff Thomas Hodgson, who is currently facing lawsuits over the mistreatment of those held inside his facility and who infamously offered up the labor of ICE detainees to build President Trump’s southern border wall.

FANG’s protest was also meant to call attention to the ways in which local sheriffs control and dictate immigration policy. Bristol County is one of three counties in New England with a 287g agreement, which deputizes local law enforcement to act as immigration agents within their jurisdictions. This agreement allows police officers to question people about their immigration status and detain people on immigration charges. Bristol County also has an Intergovernmental Service Agreement (IGSA), a federal contract in which local jails and prisons provide space for those detained on immigration charges.

The trial itself was painful and drawn-out. Originally scheduled for January 7 and 8, the first day was inexplicably postponed, despite the full preparation of both the prosecution and the defense. Over 100 people showed up in support of Sherrie on January 7, but all were agressively removed from the courtroom. Once underway in early March, the trial lasted two full days.

Before the jury delivered their verdict, multiple security guards filed into the courtroom and faced those who had packed the room in support of Sherrie. After the verdict was delivered and the maximum sentence announced, the exclamations of shock, shouts, and audible gasps were followed by immediate and harsh directives from the court officers. All those who yelled out in support of Sherrie were ordered from the courtroom. One supporter who refused to move was violently arrested.

In addition to revealing the entrenched power of local immigration policy, Sherrie’s trial highlights the intentional way in which the criminal justice system chooses to debate not the brutality of the police or the violence of 287g agreements or the existence of the Bristol County House of Corrections but the technicalities of nonviolent protest. For all those fighting for the freedom and dignity of the people detained in Bristol County, the outcome of this trial is enraging.

“We will continue to support Sherrie in the coming weeks as well as all those impacted by the Sheriff’s violent policies,” said FANG in a statement. “We will keep fighting to support our community and hold the Bristol County Sheriff’s Department accountable for their violence.”

SARA VAN HORN B'21 wants you to write to Sherrie in jail.