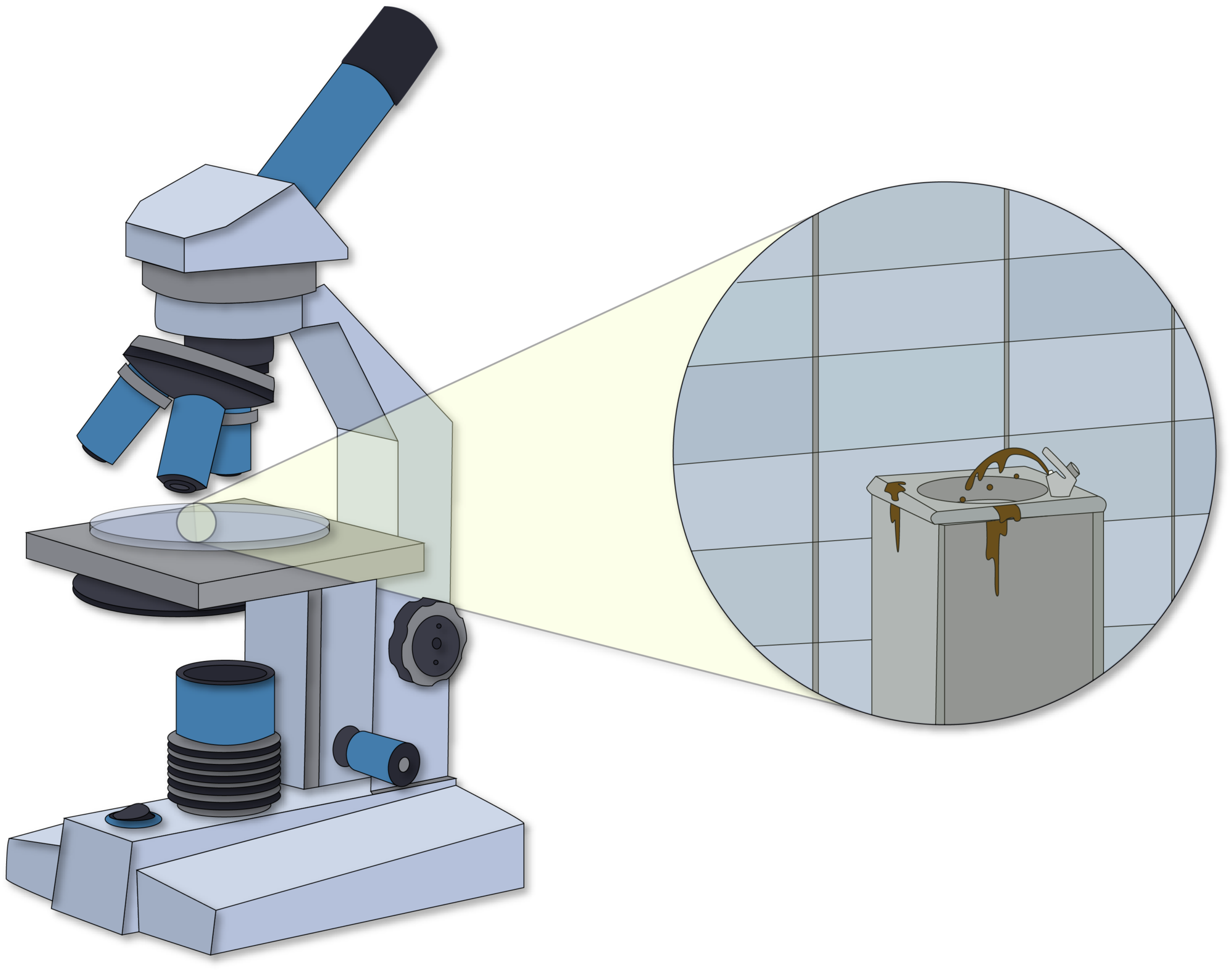 This is the first installment in the Chalked Up Metro series

The year was 1993. The Providence River was still covered by a four-lane highway, the school district was facing serious budget cuts, and the now infamous Vincent “Buddy” Cianci was only two years into his first term as Mayor of Providence. It was in this context of new leadership and a severe state-wide economic downturn that a group of local business leaders and educators prepared and released the “Providence Blueprint for Education” (PROBE), which refers to both the 125-page report and the coalition of 33 parents and community leaders assembled to carry out the study.

Under the non-profit Public Education Fund and with support from the Greater Providence Chamber of Commerce, PROBE was enlisted to complete a thorough, independent study of the Providence public schools. Through analyzing Miller Analogies Test and SAT test scores, focus groups, and surveys with students and teachers, and data collection about school systems in comparison cities, PROBE painted a picture of the Providence Public Schools District (PPSD) at the time and detailed concerns that still ring true today. PROBE found falling standardized testing scores, low attendance figures, unchallenging and monotonous curriculums, questions of teachers stereotyping based on ethnicity, and problems with the Limited English Proficiency (LEP) language learning program.
Despite these challenges within the school district, the PROBE report remained incredibly enthusiastic, positive and encouraging. Then-president of the University of Rhode Island and chairman of PROBE Dr. Edward Eddy started off the report with a promise that, “Better schools are within the reach of Providence.”

In his introduction, he gives his word of honor that Providence schools will be reformed and transformed with little necessity for extra funds, as long as the city has “bold leadership” and cooperation by all those involved—students, parents, teachers, administrators, city officials, everybody.

Fast forward to 2019. In June of last year, the Johns Hopkins Institute for Education Policy, based in Baltimore, Maryland, published a scathing report on the PPSD. At the invitation of the Rhode Island Department of Education (RIDE) Commissioner Angélica Infante-Green, Johns Hopkins conducted in-person interviews and focus groups with parents, school leaders, teachers, and leaders at all levels and made visits to schools across the city. The team also reviewed a broad range of documents and data provided by PPSD and RIDE.

The report exposed the district’s faults from all angles: students not meeting performance standards, teachers feeling unsupported by the district, and school buildings deteriorating to the point of becoming hazardous.

Unlike the PROBE report, however, the Johns Hopkins report describes public education in Providence as dreadful. Dysfunctional. Heartbreaking. Some of the anecdotes presented in the report are astonishing. In one school, raw sewage leaked from the ceiling and onto the heads of children. One English Language Learners teacher did not speak Spanish, despite being many Spanish-speaking students’ only academic resource at school. According to students, bullying occurred everyday at lunch in an elementary school, and stealing from backpacks happened frequently across schools. Seeing some of the observed school buildings’ conditions even brought “seasoned members of the [Johns Hopkins] team to tears.”

Filled with bar graphs showing declining proficiency rates, quotes from interviewed students experiencing significant stress in school, and percentages of Black, hispanic, and white students in Providence, the report conveys a real depression and hopelessness—a stark contrast to the almost cheery tone of the PROBE report.

Clearly, little to nothing has significantly changed in the over 25 years since the PROBE report was released—Domingo Morel, an assistant political-science professor at Rutgers who assisted the Johns Hopkins team with its report and attended PPSD schools, told The Atlantic, “there’s really no difference” between the school district now and then. Arguably, Providence schools have gotten a lot worse.

The Johns Hopkins report leaves the problems of Providence public schools open and seemingly calls for a state takeover. It criticizes the district’s problems as inherent and structural—it writes that the district is overburdened with multiple, overlapping sources of governance and confusing bureaucratic structures that paralyze action and halt change. The report conveys that the problem is too big for local government or the School Board and, without a direct call to state action, triggered the state takeover.

Written by a committee of parents and community leaders, the PROBE report analyzed budget information, student demographics, MAT and SAT scores, conducted focus groups and surveys with students, and interviewed with teachers and administrators.

The report also compared Providence schools to similarly-sized school systems, including New Haven, Pawtucke, and Syracuse, and found that Providence was both worse funded and worse performing. Compared to its peer school districts, Providence recieves a smaller percentage of their funding from the state. According to the report, 49.5 percent of PPSD funding came from the state while, on average, 57.2 percent of the observed Northeastern districts were state funded; this lead to PPSD spending almost $1000 less per-pupil compared to those Northeastern districts.

More than half of the report is made up of 19 concrete reccomendations (only 15 percent of which were supposed to require extra funds) and a timeline for the implementation. Recommendations include redesigning the budget process at the school board level, establishing informal student town meetings and student committees, and instituting professional development and evaluation of teachers.

Despite the disappointing statistics that pointed to racial inequity—38 percent of high school students, for example, believed that teachers made “unfair judgements” based on their racial identity—and the admission that new funds for education were not readily available, the report is surprisingly encouraging.

The report includes students’ glowing compliments of teachers. One student said, “My high school is like a second home. The people and teachers here make you feel welcome. They will help you out and do anything for you.” Regarding increasing racial and ethnic diversity in the school district, one Hope High School student was quoted saying “Everyone likes each other! They don’t care what race you are!!!!!” (Yes, five exclamation marks included).

Each set of recommendations is preceded with an inspirational mantra written in all caps like “IMAGINE WHAT YOU WILL SEE IN THE PROVIDENCE SCHOOLS......WHEN PEOPLE CHANGE”—PROBE’s own touch.

What has changed since 1993 are the demographics of PPSD. In 1993, 33 percent of the district were white, 30 percent were Hispanic, 25 percent were Black, and 12 percent were Asian, according to the PROBE report. The Johns Hopkins describes the current district as 9 percent white, 65 percent Hispanic and 17 percent black. Johns Hopkins also says that 87 percent of the student body is “economically disadvantaged,” a statistic that the PROBE report does not describe.

The report left Providence residents high and dry, wondering what could be done to enact the structural change needed to truly reform public schools. After reading the report, Commissioner of Education Infante-Green told WPRI 12 “My initial reaction was devastation. It was tough to read without feeling the pain. I actually was sick after I finished reading the report.”

On the night that the State Board of Education voted to hand authority of the Providence Schools to the state, Infante-Green said the 1993 report was proof that Providence has “failed at least an entire generation of students.” She also promised “there will be no 3rd report.”

The PROBE report is forward-looking and constructive with a clear path towards great schools. The Johns Hopkins report shows a deep sorrow and regret—without any clear indication of where to go to next, it simply laments the state of public education in the city, and, by proxy, the country.

The PROBE report recommended creating smaller learning environments, establishing and enforcing strict code of ethics, instituting professional development for school district leaders, encouraging the community to volunteer and donate expertise and facilities, hiring a full-time grant writer, and more. It advocated for the Rhode Island congressional delegation to “push with vigor” the funding of federal programs for preschool opportunities and multicultural arts programs; it also recommended an integrated and networked data collection and dissemination system, “essential health and social services agencies” for students and their families in four to six schools among other measures.

The report concluded with Recommendation 39: “If significant progress has not been made within a relatively short span of time, then—again for the sake

of students—the school system must undergo radical, permanent change.” In that case, PROBE suggests a switch to choice programs, in which students can use a government subsidy to enroll in a school other than those in their system, if various choice experiments at the time were beneficial to students.

Choice programs have become increasingly common in some school districts across Rhode Island, with hundreds of students choosing to transfer school systems to access career and technical education, pathways, or programs. The 203 pathways programs in the state prepare students with skills in music, arts, sports and more. Because the money follows the student in Rhode Island, districts either make or lose funding depending on how many students come and go for pathways programs—the Warwick public schools district pays about $17,000 per year to send a single student to pathways programs in other cities in Rhode Island, according to a WPRI article. The potential

loss of funding has resulted in inter-district competition that has pushed public schools to actively market their schools to out-of-district families. Nevertheless, in 1993, the PROBE report saw choice programs as a potential pathway for radical and permanent change.

The PROBE report positions Recommendation 39 as a last resort—in the eyes of the commission, the preceding 38 recommendations should have done the job in fixing the district’s problems. Most of the implementation of the 38 recommendations were for the School Board, superintendents, and principals. The report doesn’t call for huge structural change (or even major state funding), nor is it a critique of the public school system itself. Instead, the report recommendation’s focus is clearly local and individual and its message is resoundingly clear: great public schools are within reach if Providence residents work together.

By pointing out that the root of PPSD’s problems is its structural bureaucracy and governance, the Johns Hopkins report indirectly requests a state takeover. The state’s formal written decision to takeover PPSD reflects this diagnosis. It reads: “The time has come for the State to exercise control over the budget, program and personnel of PPSD and its schools and, if further needed, to reconstitute the schools by restructuring their governance, budget, program, and personnel and making decisions regarding their continued operation.”

In response to the Johns Hopkins report, Mayor Jorge Elorza echoed this idea. At a series of community conversations, Elorza said, “We really need to get to the heart, to the core, to the foundation, to the structure of this thing, and since we simply cannot do that under the powers that we have here in the city, that’s why we’re looking to the state for help.”

The PROBE report relied on local politics and the power of individual community members coming together—now, over 25 years later, the answer to the enduring problems in PPSD put forward by RIDE is distinctly different. By ending with a board member recommending a “restart”—new teachers, new buildfings, new cafeteria board, (seemingly) new everything—the Johns Hopkins called for state intervention without explicitly saying so.