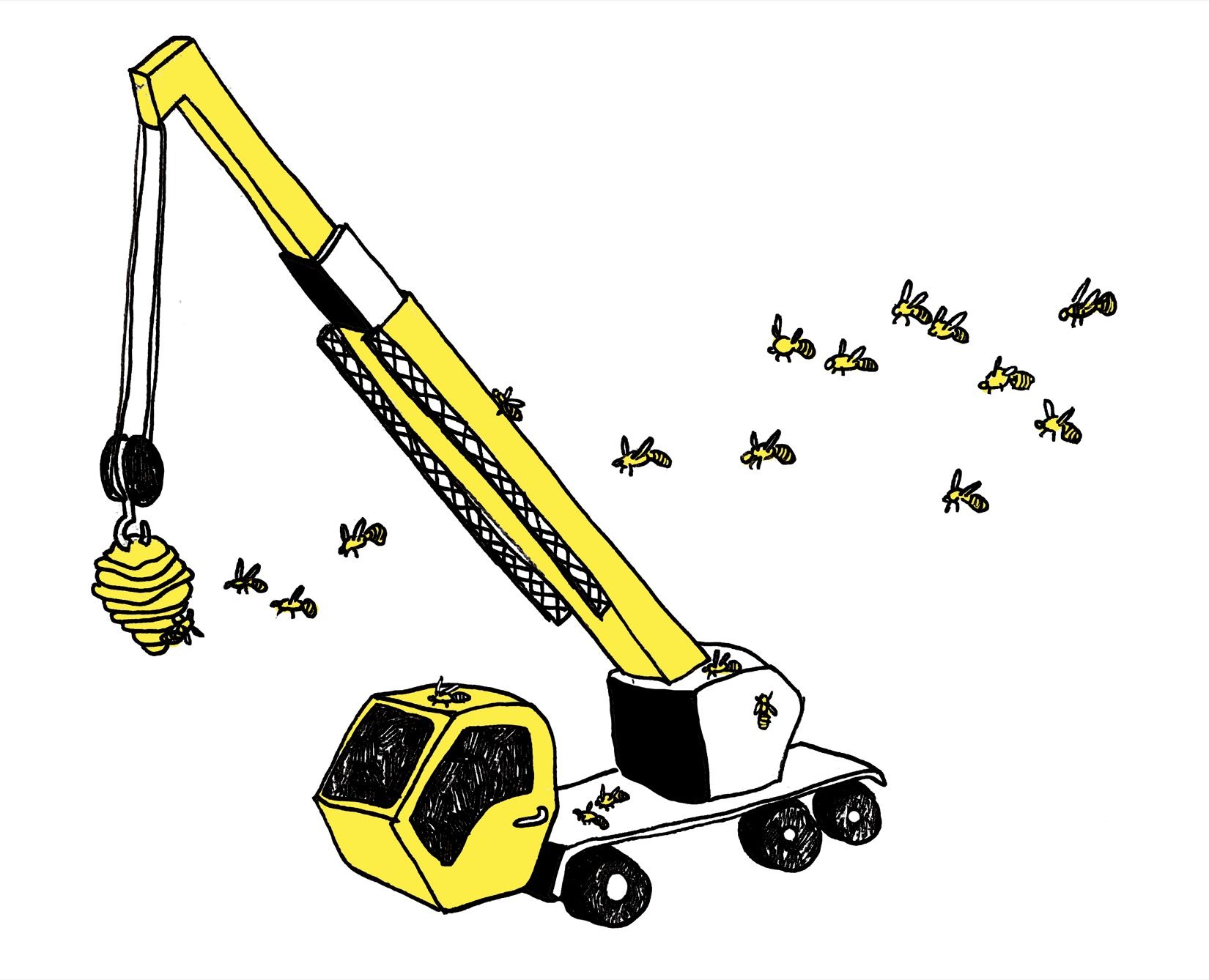 MUST PAY TO PAW-TY

On February 16, crowds of eager New Orleanians gathered in the French Quarter to watch the 28th procession of the city’s only all-canine Mardi Gras parade—the Mystic Krewe of Barkus. Hundreds of pimped-out poodles and bedazzled bulldogs cascaded down the streets, their glamorous ensembles corresponding to this year’s theme, “Bark to the Future: Barkus Returns to the 80s.” Leading the parade was the royal court, gracefully headed by this season’s monarchs: His Majesty XXVIII, King Edward VIII “Eddy” Bloomenstiel, who, according to his coronation biography, is a four-pound, strong-willed chihuahua and self-proclaimed graduate of the School of Life, and Her Majesty XXVIII, Queen Belle Hebert, a worldly, benevolent standard poodle with a particular preference for Lizzo.

“Barkus” is a riff on the title “Bacchus,” one of the oldest and most important Mardi Gras krewes in New Orleans. Krewes are social organizations responsible for putting on parades and balls during Carnival season. While these groups know how to throw fabulous parties, they have historically excluded individuals based on race, gender, and sexual orientation. Today, they continue to promote ideas of Southern nobility by basing membership status on dues-payment and family legacy.  As for Barkus, the krewe was founded by New Orleanian Thomas Wood in 1993 after a meeting of the fan club for local weather anchor Margaret Orr. Wood brought his dog JoJo to the bar where the meeting was held and received several complaints about her neurotic behavior. To avenge this un-fur-tunate humiliation, Wood established the Krewe of Barkus and elected JoJo as Queen I and captain-for-life.

Like non-canine krewes, participation in Barkus comes at a husky price. Membership packages range from $60 for the “Dogluxe Membership,” which allows one dog and one human escort to walk in the parade, to $760 for the “Top Dog Package,” which allows one dog and four human escorts to walk in the parade, crowns the lucky pup as a duke or duchess in the royal court, and includes tickets to the Royal Ball, VIP parade-watching privileges, and Barkus merchandise. Barkus donates all of its proceeds to animal organizations in New Orleans and the Gulf South and has raised more than $1 million for this paw-sitive cause since its establishment.

Nonetheless, in addition to donating to charity, the return on investment in Barkus still en-tails a hefty dose of good-ole high-society clout. The King and Queen, whose owners are the highest dues-paying members of the Krewe, are treated to an elegant lunch at Galatoire’s, one of the city’s oldest, most renowned, and most expensive restaurants. A week before their debut, His and Her Majesty (and their owners) spend the afternoon feasting on lamb chops, sipping champagne, and posing for the pup-arazzi in their finest cloaks and crystal-studded crowns. King Edward sported 18-carat gold accessories and was the first canine to ever don the upscale Hart Shaffner Marx label (a brand that uncoincidentally belongs to his owners).

Needless to say, when it comes to Barkus, breed matters. While the parade is a creative, charismatic event in the spirit of Mardi Gras and a fun way to get involved with animal rights activism, its financial requirements reproduce the antiquated, exclusionary social structure that dominates New Orleans Carnival culture. Paw-ticipation is as much about philanthropy as it is about social capital, and the biggest debutante daddies in town don’t need to claw to get their canine companions on the it-list for Barkus to reinforce the same hierarchy that Bacchus does. Put simply, come Mardi Gras, the puppies on the promenade aren’t the only New Orleanians sniffing up each other’s butts. 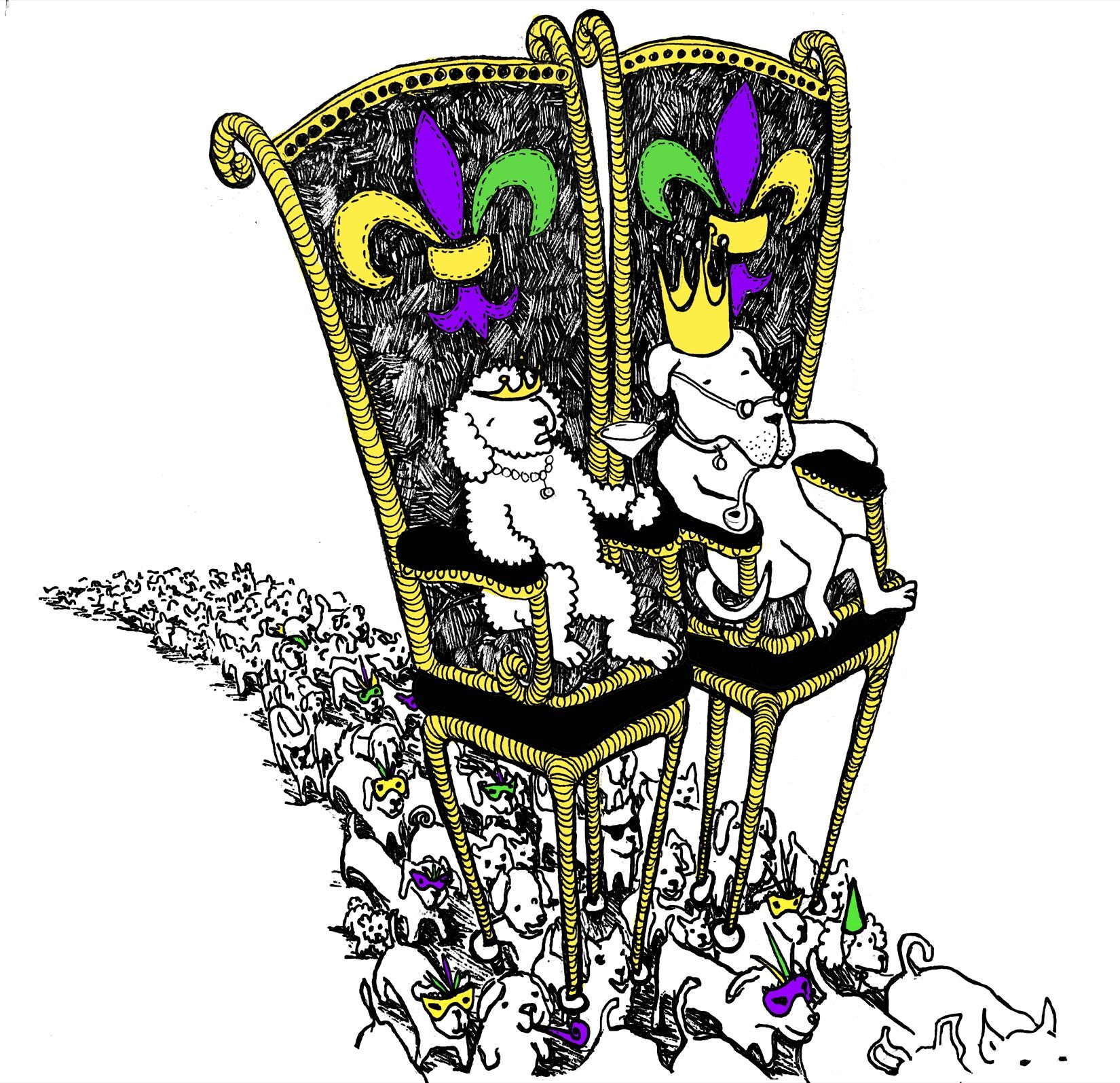 SLEEPING WITH THE BEES

Overlooking a seemingly endless expanse of almond trees, a California sun fades out of a periwinkle sky and gives way to an unsettled night hour.  Sitting within the geometry of the almond groves, several shabby undistinguished boxes emit an unmistakable buzz. Inside, thousands of bees get ready to sleep after a gruesome shift out in the almond blossom fields. Almond trees can’t fertilize themselves, so bees do all the heavy pollinating. “It's hard out there,” said a bee to the College Hill Independent.

To the untrained eye of a non-beekeeper, the monetary value of those boxes—often handcrafted out of select cedar—might go undetected. Yet more and more, hives are being targeted by disconcerting waves of organized crime.

California’s Central Valley is a fertile stretch of agricultural land where a quarter of all US produce is grown: lettuce, apricots, grapes, and nuts. The real cash crop—the golden nut—happens to be the almond. Almond groves in California now take up more space than the state of Delaware, and as the almond business continues to grow, so too does the frenetic demand for bees. Already, almost two-thirds of all US beekeepers send their bees to almond farmers in the Central Valley. Beekeepers make more from almond pollination fees than honey. As more bees get marshalled to toil away in almond groves, they become increasingly vulnerable to thievery. Not only do bees work long hours without any benefits—lots of travel, bad dental—but now they’re in the crosshairs of the mob and have little to no protection.

Bee thieves are no ordinary gangsters. Unlike your common criminal, bumble burglars know how to handle bees well enough to capture them by the colony, and beekeepers are running out of bees trying to figure out how to protect their livelihoods. Over the past couple years, the busy bodies with ties to the bee mob have been stepping up their heist game. Just this month, Mike Potts, veteran beekeeper, told The Guardian about an unfortunate heist that cost him $44,000. Potts had just left Pottsy’s Pollination & Honey Farm in Oregon with 400 hives of his Pottsy bees in his truck. His mission was to get his little pollinators down to California almond territory. On his way down, Potts unloaded his hives to a holding area. “I pulled in the yard and noticed that there was some stuff missing” when he returned for pick up, said Potts. According to The Guardian, the police officers on the case managed to pull over “three suspicious beekeepers traveling late at night.” Sadly, the three suspects were uninvolved and the trail for the “stuff” lost its buzz and went cold.

Hive heists require a certain criminal expertise. “Normal people can’t just go steal 500 hives with a forklift and a truck,” said Charley Nye, a beekeeping researcher at University of California, Davis. While the ability to nimbly operate a truck or forklift is definitely a prerequisite, so too is an intimate understanding of proper bee care while in transit. Most people hauling away boxes full of bees look like they know what they are doing, so distinguishing bee thieves from beekeepers has proven difficult. In order to meet the challenge of increasingly organized hive thieves, certain police officers now specialize in honeybee hive theft. Around honeycomb territory, one such officer, Rowdy Freeman, is hailed as the “bee theft detective.” As a beekeeper himself, Rowdy knows a thing or two about bees. “I understand bees and the beekeeping industry and how it all works,” he told Vice News, happy to mention his abundant ties with the beekeeping community of northern Central Valley. “It’s something that needs special attention from someone.” The bee theft detective seems very self-assured and has taken it upon himself to compile records that show a boom in theft in 2016, with 1,695 hives nabbed in California alone, compared to just 101 in 2015.

With the support of a forklift or two, beehive heists are often undertaken in the dead of night. In the midst of these sting operations, hives are increasingly split open and dismantled, killing off tens of thousands of the kidnapped bees in process. Already this year, hundreds of hives have gone missing. The bad news bears are written all over this era of mass bee death–some 40 percent of bees now die off each winter. Unfortunately, not enough bee thieves are being caught with the pollen on their hands.